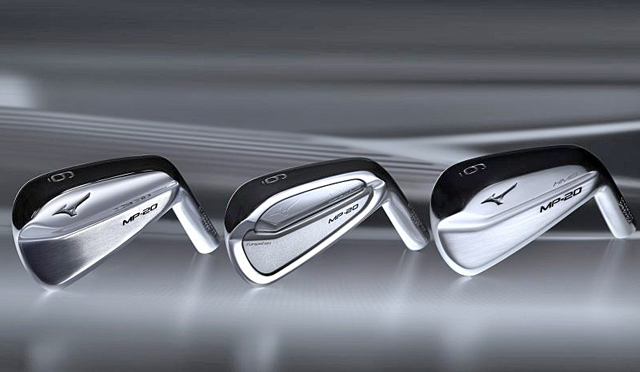 The 1988 Mizuno Golf TN-87s originally made for Japanese golf star Tommy Nakashima have achieved an almost mythic status. The clubhead, a muscle back blade-style, is often described as beautiful and the feel at impact has set a standard for all irons due at least in part to a thin layer of copper beneath the chrome finish.

Mizuno has now introduced the replacement for their MP-18 line of irons called MP-20 that again uses a layer of copper. Over the forged steel body is a layer of nickel followed by a thin layer of copper then another layer o

f nickel and finally the outer chrome plating. Copper was first used 30 years ago so the chrome plating would adhere to the forged steel head and has also been an important feature of Mizuno’s MP-14s from 1992 and other models.

The so-called “muscle back” design is favored by touring professionals and better amateurs for the precision it allows for control of distance and trajectory. Recreational players usually don’t have as good results from muscle back designs because they are not as forgiving on even slight mishits compared with perimeter weighted irons, the so called game-improvement models.

“Most modern muscle backs and limited ‘tour edition’ irons can be traced back to the great Mizuno blades. Though what makes a Mizuno iron truly exceptional is everything you can’t see,” said David Llewellyn, R&D Director, Mizuno Golf.

Llewellyn added, “If you could peel back the chrome plating, you would find a sandwich of nickel and soft copper before the Grain Flow Forged HD chassis. Under a microscope, you can see a perfect flow of grain within the steel from the hosel to toe, compacted tighter in the hitting area. Designers can mimic our lines, but not what’s inside.”

MP-20s were introduced at the British Open at Royal Portrush in July and Mizuno admitted bringing out a new iron the week of a major championship is unusual for them.

There are three Mizuno MP-20 models: MP-20 (Muscle Back), MP-20 HMB (Hot Metal Blade) and MP-20 MMC (Multi Metal Construction). All are forged in Japan and will be in shops and at mizunousa.com in September. The company says it expects many players will make up mixed sets using all three with the MP-20s in the higher lofts and either or both the HMBs and MMCs in the mid and lower lofts. 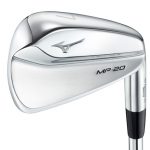 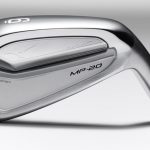 tion of their Multi-Material Concept heads with thinner topline and a titanium internal plate and tungsten sole weight. Forged from same steel as MP-20 the MMC also have layered copper with either satin or chrome finish. 5-iron 25° and pitching wedge 46°. $1,225 with steel shafts. 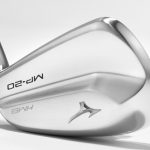