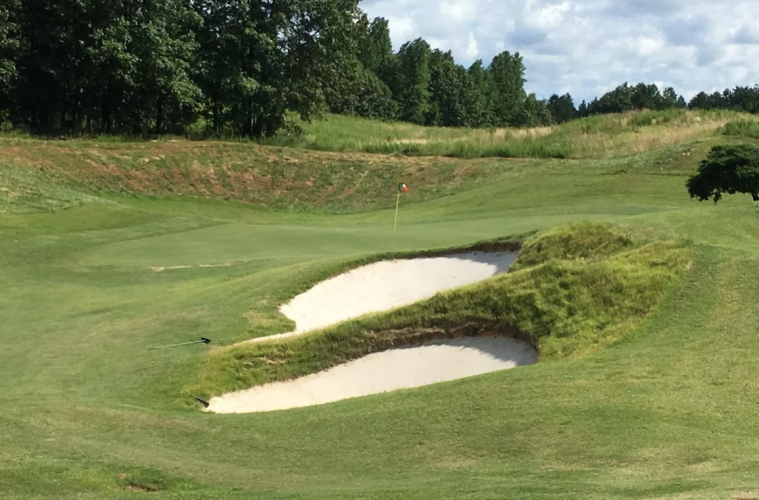 Royal New Kent Golf Club in New Kent, VA., Golfers Who Are Not Attending the British Open Can Enjoy a Round with Irish Seasoning

NEW KENT, VIRGINIA — This week’s Open Championship — or as Yanks like to say, the British Open — returns to Northern Ireland, specifically Royal Portrush Golf Club, for the first time in 68 years.

Golf’s oldest competition, the 148th Open Championship will also stand as 2019’s final major. Rest assured, whoever hoists the Claret Jug on Sunday will have earned the honor. This week’s stage, Dunluce Links, the more well known of Royal Portrush’s two courses, is considered one of the world’s most challenging layouts.

The Open was first held at Portrush in 1951 where a crowd of 8,000 watched Max Faulkner claim the title. This year, ticket sales of 190,000 have sold out for the first time in the history of the event. A global television audience of 600 million is expected.

For Americans who love links golf but are not fortunate enough to visit Northern Ireland this summer, there is a very suitable east coast alternative in New Kent, Virginia — just off Interstate 95, and midway between Richmond and Williamsburg.

Royal New Kent Golf Club was designed by architect Mike Strantz and originally debuted in 1997. Consistently rated as one of the Mid-Atlantic region’s finest layouts, Royal New Kent is a Virginia original sprinkled with Irish seasoning. Strantz paid tribute to the fabled seaside links of the Emerald Isle, with an emphasis on the character and feel of two of the architect’s favorites — Ireland’s Royal County Down and Ballybunion. 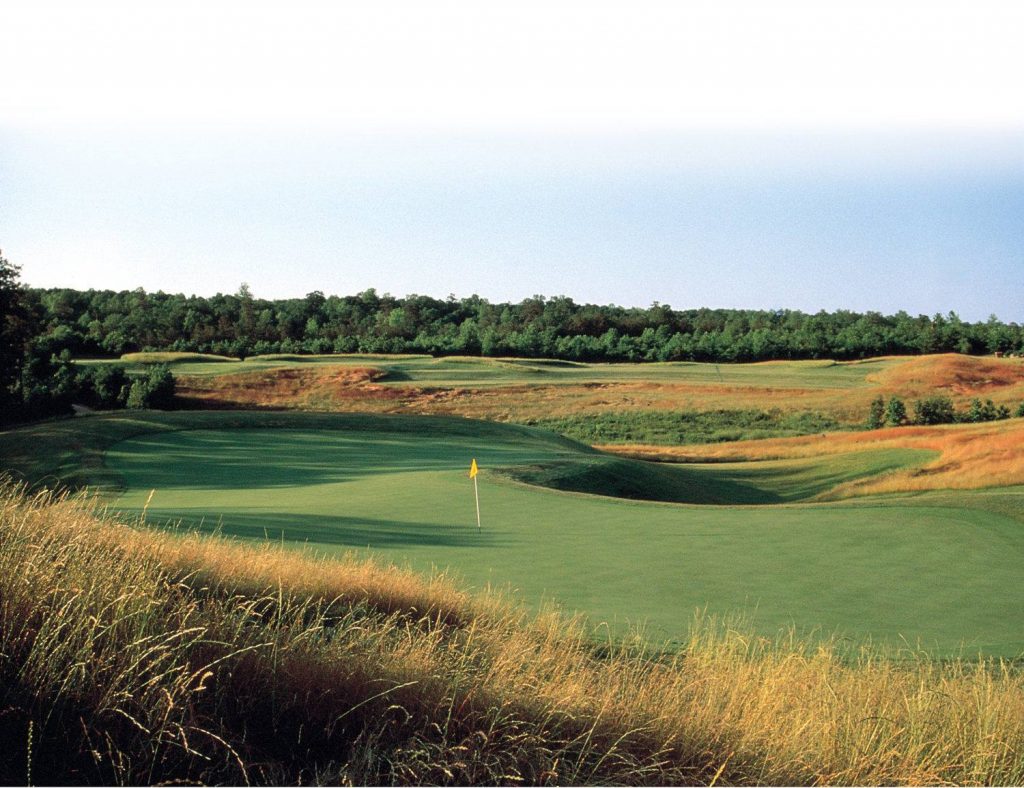 Following a recent change in ownership and a major restoration of the golf course by Wingfield Golf Management, Royal New Kent is back making golfers feel as if they have crossed the Atlantic for a memorable round of true, links golf.

“Wingfield completely re-enhanced Royal New Kent, both on and away from the golf course,” said General Manager and Director of Golf Chip Sullivan. “It is rewarding to hear such positive feedback for the work that has been done here. We could not be more pleased and proud of our finished product, and we are truly happy to hear the golfing world agrees.”

In thoughtfully returning Royal New Kent to the club’s original grandeur, Wingfield Golf partnered with local resident and golf enthusiast Willie Downs. Many of the course’s most devoted fans provided original photographs that assisted in the renovation. Strantz’s vision was captured in hand-drawn sketches that served as blueprints for his dramatic golfing landscape. Wingfield even brought back two of Strantz’s shapers who constructed the course to help oversee the restoration.

Royal New Kent’s green complexes were converted from bent grass to the more heat-tolerant Champion Bermuda. Wingfield Golf trucked in 2,300 tons of new sand to reconstruct the Royal New Kent bunkers, making the golf course more playable and easier to maintain. The upgrades to the irrigation system include a new pump station, and all 120 inlets were rebuilt for better drainage. Meanwhile, substantial clubhouse upgrades were also performed.

With Royal New Kent, Wingfield Golf now owns a pair of outstanding public access courses located within a short drive of one another. The other is The Club at Viniterra, a Rees Jones design that opened in late 2009 and quickly won the hearts of the area’s golfers and a fixture amongst Golfweek’s Top Courses to Play in Virginia.

“This area is easily accessible from most of the East Coast,” said Wingfield Golf Chairman Barton Tuck. “We believe there will be both local membership appeal and a lot of packaging business for golfers coming off the interstate. We’re very excited about what the future holds for premier, public-access golf in the area.”