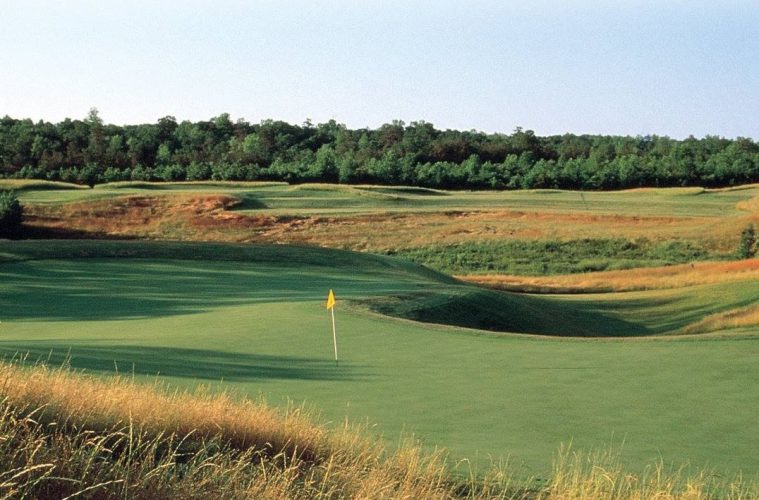 Golfers from around the country are flocking to enjoy the completely restored Royal New Kent Golf Club, located between Richmond and Williamsburg, Va. They are responding with high praise across the board.

NEW KENT, VA — The reviews of the completely restored Royal New Kent Golf Club are in — and they are glowing.

Royal New Kent was widely hailed as a masterpiece when architect Mike Strantz’s design originally debuted in 1997. Now, numerous golfers from across the country are travelling to New Kent, Va. — midway between Richmond and Williamsburg — to play the storied layout that was recently renovated by its new ownership company, Wingfield Golf Management.

Those who have enjoyed the enhanced playing experience are raving on-line and through social media. One reviewer even compared the “new” Royal New Kent favorably to the site of the 2019 PGA Championship, Bethpage Black on New York’s Long Island. Among the many, overwhelming positive reviews of Royal New Kent:

“Wingfield Golf Management completely re-enhanced Royal New Kent, both on and away from the golf course,” said General Manager and Director of Golf Chip Sullivan. “It is rewarding to hear such positive feedback for the work that has been done here. We could not be more pleased and proud of our finished product, and we are truly happy to hear the golfing world agrees.”

Consistently rated as one of the Mid-Atlantic region’s finest layouts, Royal New Kent is a Virginia original sprinkled with Irish seasoning. Strantz paid tribute to the fabled seaside links of the Emerald Isle, with an emphasis on the character and feel of two of the architect’s favorites — Ireland’s Royal County Down and Ballybunion.

During the restoration, Royal New Kent’s green complexes were converted from bent grass to the more heat-tolerant Champion Bermuda. Wingfield Golf trucked in 2,300 tons of new sand to reconstruct the Royal New Kent bunkers, making the golf course more playable and easier to maintain. The upgrades to the irrigation system include a new pump station, and all 120 inlets were rebuilt for better drainage. Meanwhile, substantial clubhouse upgrades were also performed.

With Royal New Kent, Wingfield Golf now owns a pair of outstanding public access courses located within a short drive of one another. The other is The Club at Viniterra, a Rees Jones design that opened in late 2009 and quickly won the hearts of the area’s golfers and a fixture amongst Golfweek’sTop Courses to Play in Virginia.