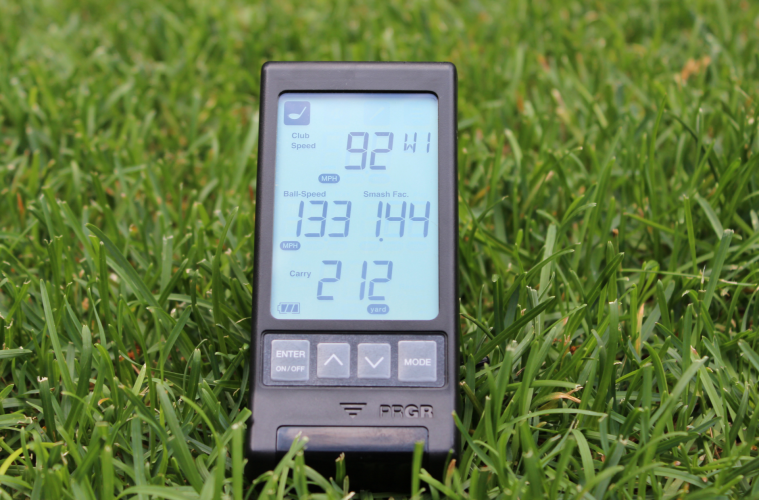 What better way to kick off a new week than with some exciting equipment news?! Japanese equipment manufacturer PRGR has recently announced their new 2021 HS-130A model, building on the success of their original HS-120A launch monitor. The new model is launching in cooperation with the top speed training aid SuperSpeed Golf.

For many golfers, launch monitors have become an essential tool overtime to help golfers keep track of and quantify their practice and play. This technology has become much more affordable over the years, making it much more accessible to golfers everywhere. The HS-130A model packs a punch for accuracy and price, offering measurements of club head speed with and without ball contact, ball speed, smash factor, carry distance, and total distance.

So, what makes the HS-130A model unique? Firstly, it is one of the smallest launch monitors on the market. With the display being slightly larger than the previously model, it helps accommodate 4 metrics shown once in higher resolution. In addition, there have been several technology upgrades, as well as better functionality. The HS-130A model has the option to be used indoors and outdoors. This model also has the ability to measure club head speed without ball contact.

PRGR has been a prominent Japanese club manufacturer ever since the 1980s. SuperSpeed has quickly risen as one of the leading training aids in golf, launching its line of Overspeed training aids in 2014. This launch monitor retails at $229.99.