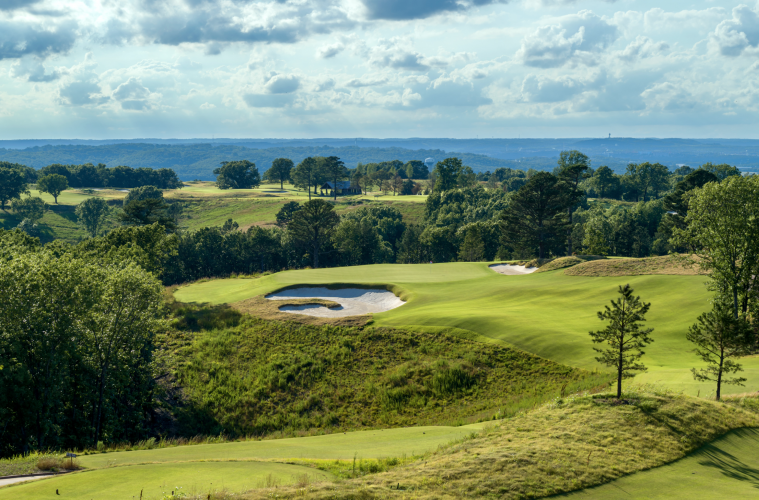 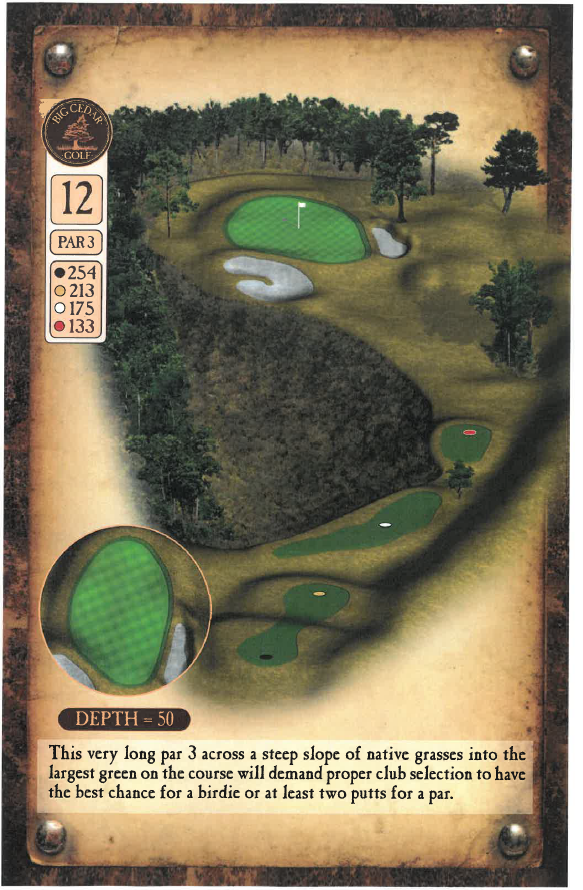 The dynamic design duo of Ben Crenshaw and Bill Coore have produced a stunning array of layouts over the years with such heavyweights as Sand Hills, Friar’s Head, Bandon Trails, Streamsong / Red, among others. Their efforts have been produced from a small base number of courses created. C&C have always been quite particular about the clients they work for and the sites their efforts will be found.

Ozarks National, which opened earlier this year, is located in the Missouri Ozarks region. Showcasing in an eye-catching manner the property owned by the highly successful outdoorsman Johnny Morris, founder of Bass Pro Shops, a hunting and fishing retail chain in the USA and Canada. Morris purchased the Big Cedar Lodge in 1987 and was intent in providing a comprehensive facility with an emphasis on celebrating the great American outdoors.

The golf connection came soon there after with the opening of two par-3 layouts — a 9-hole effort from Jack Nicklaus called Top of the Rock and the other a 13-hole design by Gary Player called Mountain Top. The 18-hole Ozarks National becomes the 2nd regulation 18-hole course at the complex. A 3rd, called Payne’s Valley designed by Tiger Woods, is slated to open in June 2020 featuring an 18-hole course along with a par-3 19th hole to settle all bets. The tribute to the late Payne Stewart, a Missouri native, will be the first ever public course from the handiwork of the 15-time major champion.

The most enduring element of Ozarks National is the 360-degree views you receive of the countryside. The 18-hole layout is routed on a ridge line providing an ideal setting throughout the round. C&C have always emphasized the naturalness of a given site while avoiding the heavy handed intrusive efforts that can imperil what Mother Nature has so capably provided.

Quality long par-3 holes can be especially difficult in designing. Better players are forced to use much longer clubs to reach the intended target and that reality often means higher handicaps having to improvise in order to attain success.

The 12th at Ozarks National follows the par-5 11th and C&C have found the perfect location for such a hole. The elevated teeing area provides a panorama with the countryside dominating the backdrop. The green sits b30 or so feet below and C&C have smartly provided an right side shoulder alleyway for those not strong enough to carry the green thereby bouncing their approach shot into the target.

C&C provides an ample target at first glance — the green 50 yards long with players having to navigate two additional added elements. First, a gentle but noticeable spine rises through the center of the green and separates right and left halves of the putting surface. The green also runs away from the players so shots seeking an aerial route to the target had best have their brakes on sufficiently in order to stop quickly. 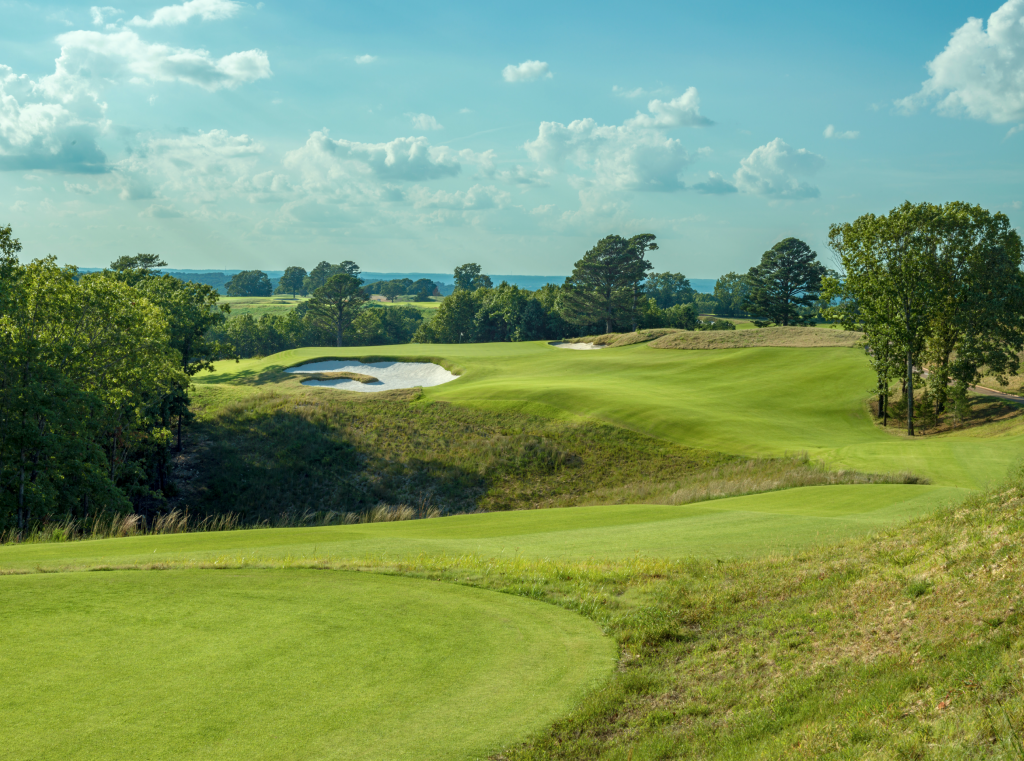 A deep frontal bunker guards roughly half of the left side and when the pin is cut tight to that side it will take a superior effort to both carry the bunker and have enough stopping power to come to rest by the hole.

The craftiness of the 12th comes from the elasticity and design details brought to life by C&C. Long par-3 holes are often eschewed because the wherewithal for different handicap levels to be tested can often mean more onus is placed on higher versus lower handicap golfers. That’s not the case with the 12th. The beauty of the hole is apparent as soon as you step on the tee and the comprehensive design elements mandate serious thinking about what type of shot you plan to play and the execution needed to pull it off successfully.