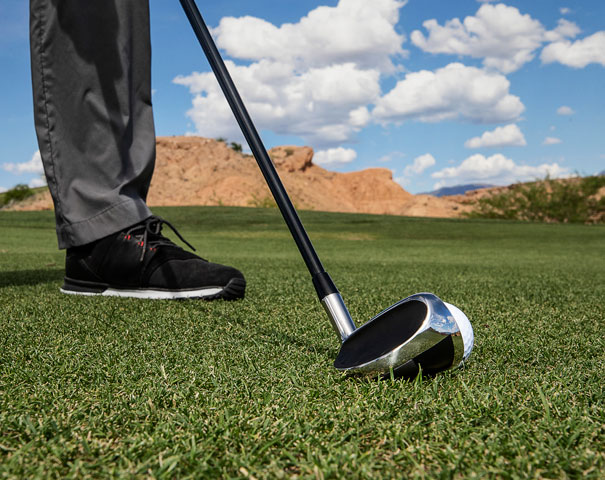 Cleveland Golf on the heels of introducing the Launcher Turbo metalwoods has brought out the complementary Launcher Turbo irons which are due in shops Oct. 4. 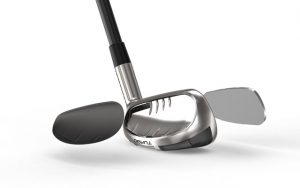 Described by the company as delivering lots of forgiveness in an easy-to-hit profile for those wanting a game-improvement iron they are a hollow construction with additional sole weighting and a new “turbocharged” face insert.
“These irons allow game improvement players the ability to get the ball into the air better than any iron on the market,” said Dustin Brekke, Director of Engineering, Research and Development. “Now with a thinner, hotter face, the Launcher HB Turbo Irons give you a half club more distance over the previous generation.”
The crown is a new lighter weight HiBore design that moves the center of gravity closer to the head’s sole for higher launch. Head shaping is progressive so that higher lofts have a more compact size. 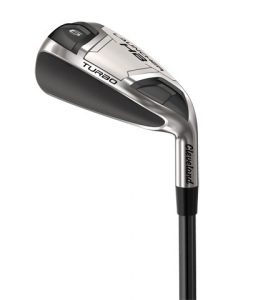