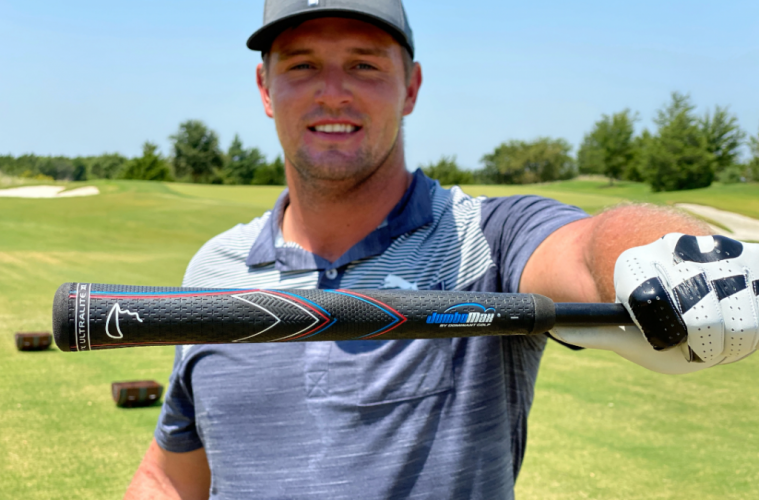 New Technology and Thinking for an Old Game

The notion that larger golf grips would cause all golfers to push golf shots to the right has been around for decades. In fact, most if not all in the golf industry believed that grips needed to be small enough to fit in the fingers of the hand to perform properly in any golf swing. That is what John Mazzanoble thought as well 10 years ago when he first looked into Jumbo Grips while looking for a new opportunity in the golf industry in Central Florida. After putting a few of the Jumbo Grips on his clubs, he quickly learned that he could hit the ball farther, straighter and swing with less grip pressure doing so. So, the journey began for John who learned the game of golf from his Dad at a young age in Cocoa Beach, Florida. John who played golf in high school and college, became a teaching professional and even spent time on the mini-tours. An avid Miami Dolphins fan, he even became the mascot for the team in 1992 and made it into the Football Hall of Fame with other noted mascots in 2000, in the Fan Zone section. Quite a ride one would say, but for John, he would say the fun is just beginning. 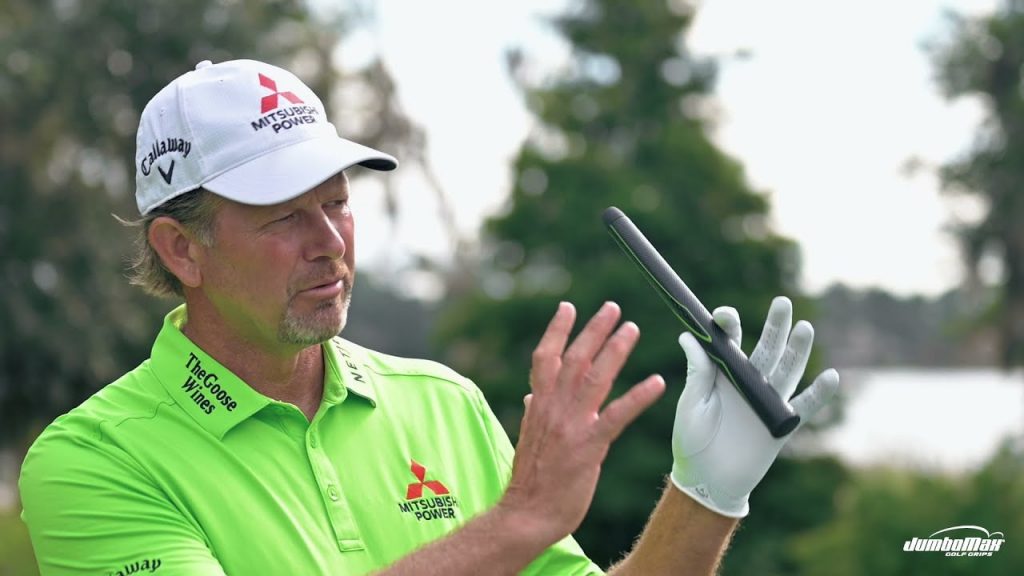 In 2010, John Mazzanoble became President of JumboMax grips. This summer Northeast Golf interviewed John and JumboMax team member, Chris Plumber, in Ocala, Florida. John said, “It takes much more force to hold onto a small handle, and one thing all golf teachers can universally agree on is that squeezing a golf club handle is bad! You’ll never hear an instructor say, ‘You could improve your golf swing if I could only get you to grip your club tighter.’ So, we examined every aspect of the golf club design and one thing kept puzzling us – why does every other sport (think baseball, tennis, and hockey) and every tool in our toolboxes use a large handle, while golf clubs have much smaller ones? What if we told you the biggest culprit of excess tension is the design of the golf grip itself? At JumboMax, that’s what we believe. Just like you, we were struggling to shoot lower scores with conventional golf grips (we call them skinny grips). So, we created a grip that would finally stop the squeezing. Getting people to rethink their grip size on their golf clubs was the challenge. Today, many golfers are already seeing the benefits of larger and unconventional grips for softer feel with their putting game.” 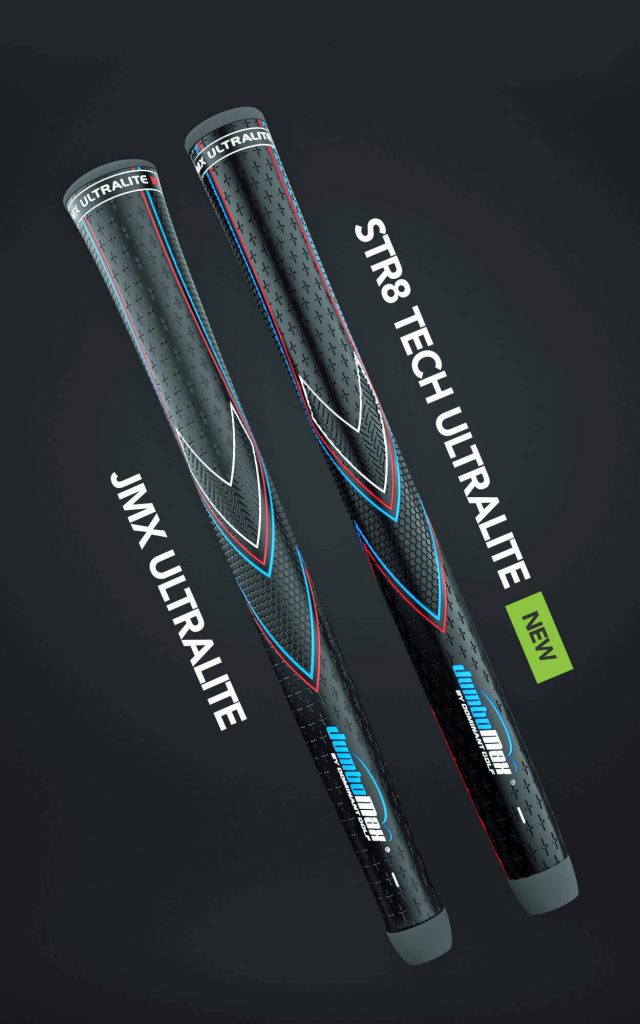 When Bryson built his own set of same-length clubs back in college, people were shocked.  The brilliant part was that he made it work, winning the US Amateur and the college NCAA individual championship in the same year.  When he turned pro, he signed with Cobra and went to work coming out with his own set of single-length clubs for the masses. Mike Schy, long-time coach of Bryson, received some grips to try from John Mazzanoble from JumboMAX in Las Vegas in 2010. Once Bryson got a look at the JumboMax grips, he was intrigued to say the least; soon after, Bryson changed grips to JumboMax.  Initially, he was using an older much heavier model, he has now changed in the last couple of years to their flagship model, the JumboMax JMX UltraLite. DeChambeau has been playing JumboMax Grips for over 9 years now and he’s as well known for his accomplishments on the golf course as he is for his unorthodox set of irons that are all the same length. DeChambeau plays the new JMX UltraLite grips from JumboMax that he personally helped develop. The rest you could say is now history. 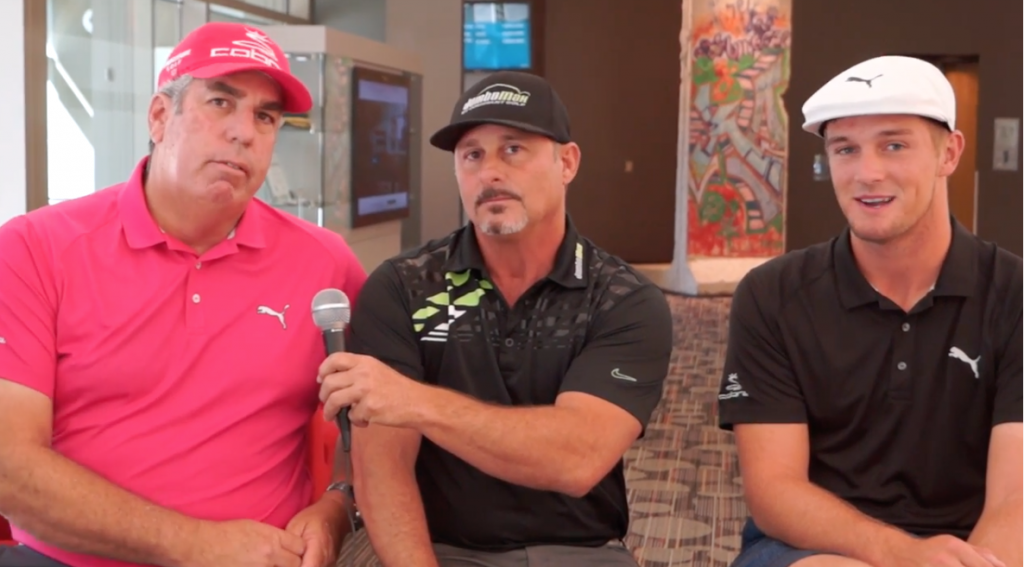 JumboMax has now become a household name in golf, and the company continues to innovate with the most advanced technology and engineering in the industry today. Year after year, the line of JumboMax products continues to elevate awareness of oversized golf grips and the simple premise of more surface area, lighter grip pressure, and better performance and consistency. For years, the golf industry has promoted custom fitting for irons, drivers, putters and shafts. John is now launching what may be the most important fitting system of all in the game of golf – Grip Fitting! For more information https://jumbomax.com