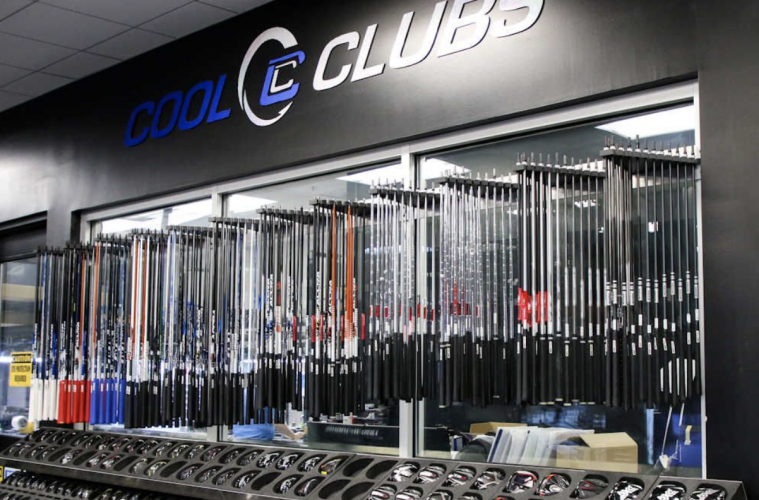 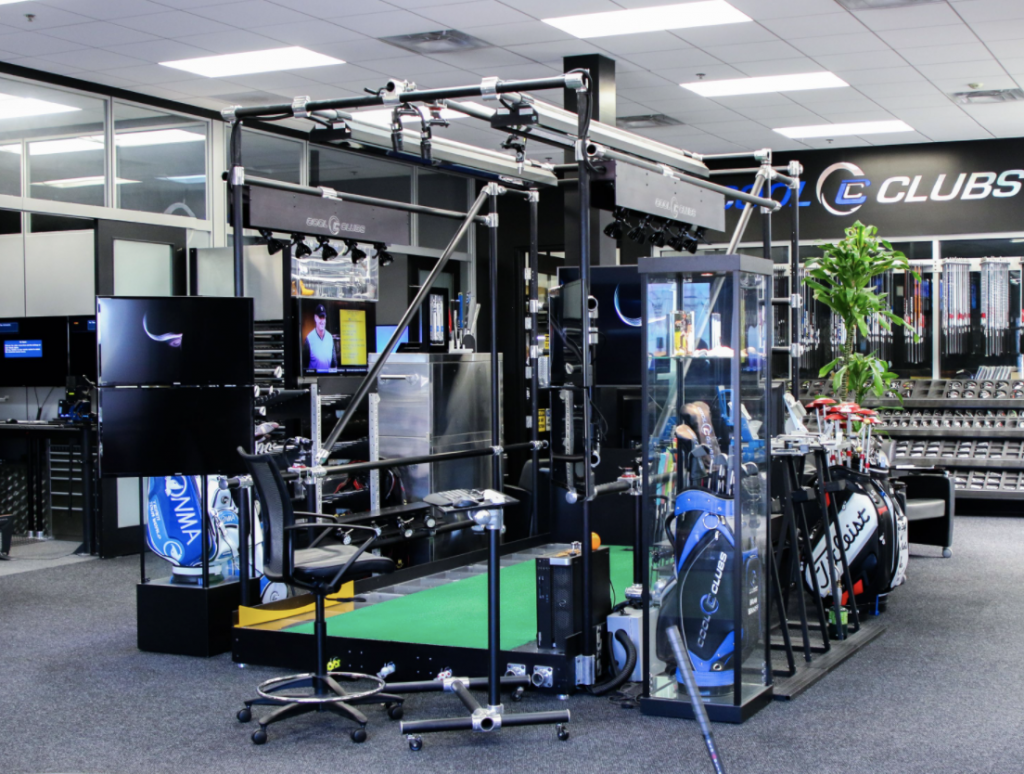 Using his 20+ previous years of experience, combined with the latest state-of-the-art technology, Mark Timms set out to offer the ultimate experience in club fitting, founding Cool Clubs in July 2007. The new company quickly became a phenomenon with a unique, independent and unbiased approach to club fitting. Cool Clubs has expanded its reach worldwide and continues to grow more and more each day. Mark’s passion for the game, combined with his dedication to give all golfers access to the best equipment possible, has helped thousands of people Play Better Golf℠ . 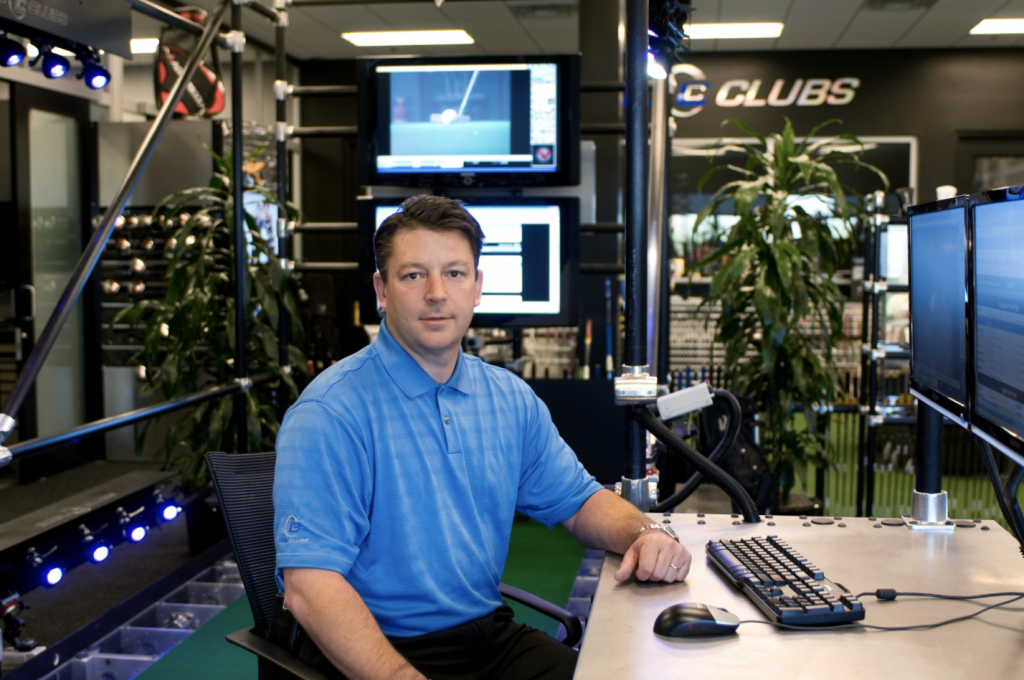 I was in the game of golf for decades and at Hot Stix for years and obviously went from there to Cool Clubs. But before that, when I was at Hot Stix, we had technologies that did shaft testing and club testing and I really found myself interested in it. We sold that data and EI testes and shaft profiles to clubfitters, shaft manufacturers and even OEMs. Then, seven years later, the world sort of changed.

I had this idea for a machine probably six or seven years later but actually needed an engineer to build thing. At Hot Stix, we had five or six machines that measured this stuff and it took some about an hour to complete a measurement profile of just one shaft.

I had a little time off between jobs and I thought about ways to do things faster and cooler and came up with the idea to create one machine that did all of it and did it fast. That’s where the idea came from. Years ago, we had an online version of it but it cost everybody money. It cost tons of money in time and labor and it took forever. The idea was to help clubfitters everywhere. The idea was to make sure people see that know what they’re doing it. It’s not to say “you swing this fast, so use this shaft.” It’s “here’s some shafts you need to go see an expert about to see which one is absolutely perfect for you.” 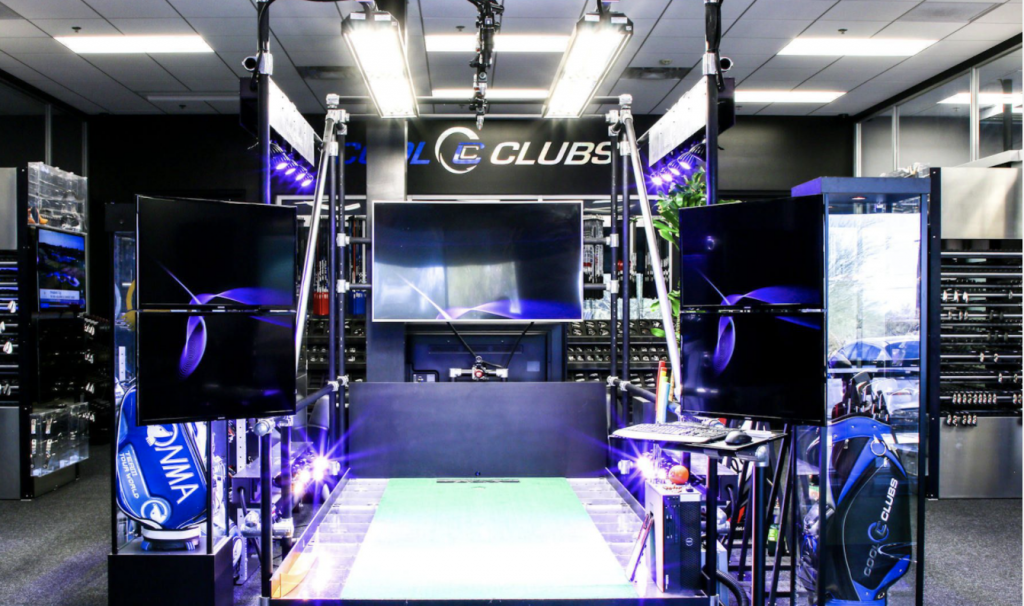 I just like to build things. I go to bed at night thinking of new ideas or projects and can’t wait to get out of bed to work on them. Some are more exciting than others, but it really doesn’t matter if it’s as simple as a set of clubs or as complicated as new fitting algorithms. Building things and watching them work is what drives me.

What was the genesis for Cool Clubs?

My passion is the game of golf. I played in college and worked at a driving range in college. Once I got out of school and into the “real world,” I hated being away from the game so much that I quit my job and opened my first club fitting store in 2000. After working through some of the kinks and moving cross country to Arizona, we opened Cool Clubs in 2007 with brand-new technologies designed to help people “Play Better Golf”. 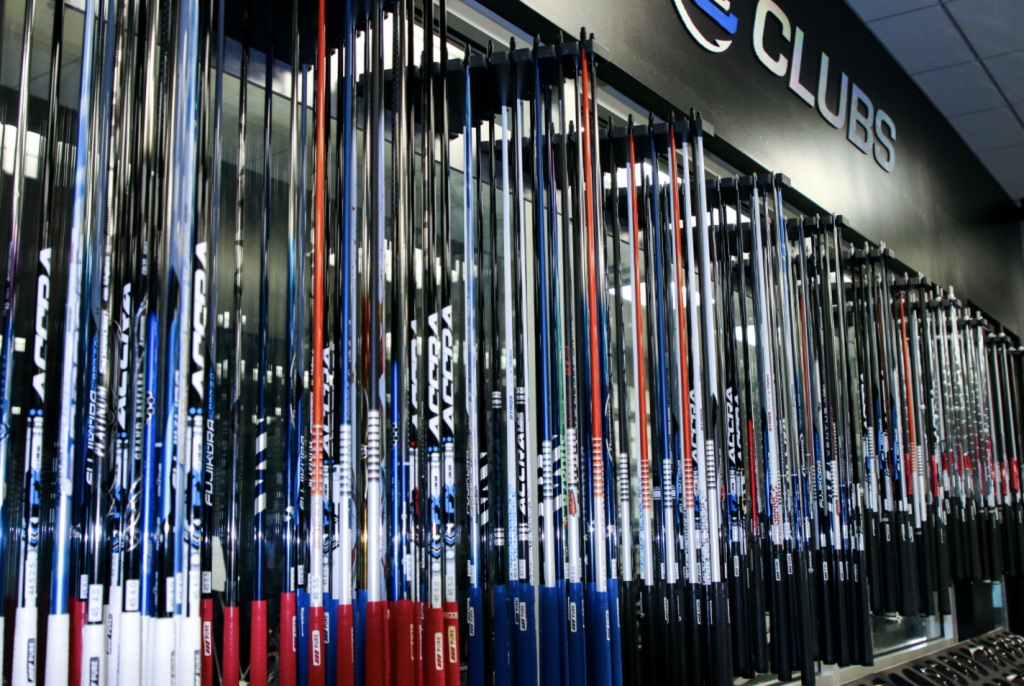 How did you decide upon the company name?

I really struggled with the name at first. In the digital age, it’s becoming increasingly difficult to come up with new names and matching web addresses. I called everyone I know to help with the name. The winner actually came from the son of one of our original investors. I was worried the name was too “hip” sounding and wouldn’t relate to our older clientele and investor profile, but I was surprised to learn they all really liked it. I guess I never thought about the fact that these super successful business guys did in fact grow up in the 60’s and are far “cooler” than I gave them credit.

What differentiates Cool Clubs from others in the category?

Cool Clubs is a technology company first and we build much of the hardware and software that goes into a successful fitting. It’s great that we have thousands of clubs, but nobody can hit all of them. Quickly narrowing that down to a few options is critical before the player gets tired. Our proprietary S3 — shaft simulation system — fixes that problem by measuring more than 100,000 data points of shafts in 2 minutes – giving Cool Clubs fitters an incredible advantage. 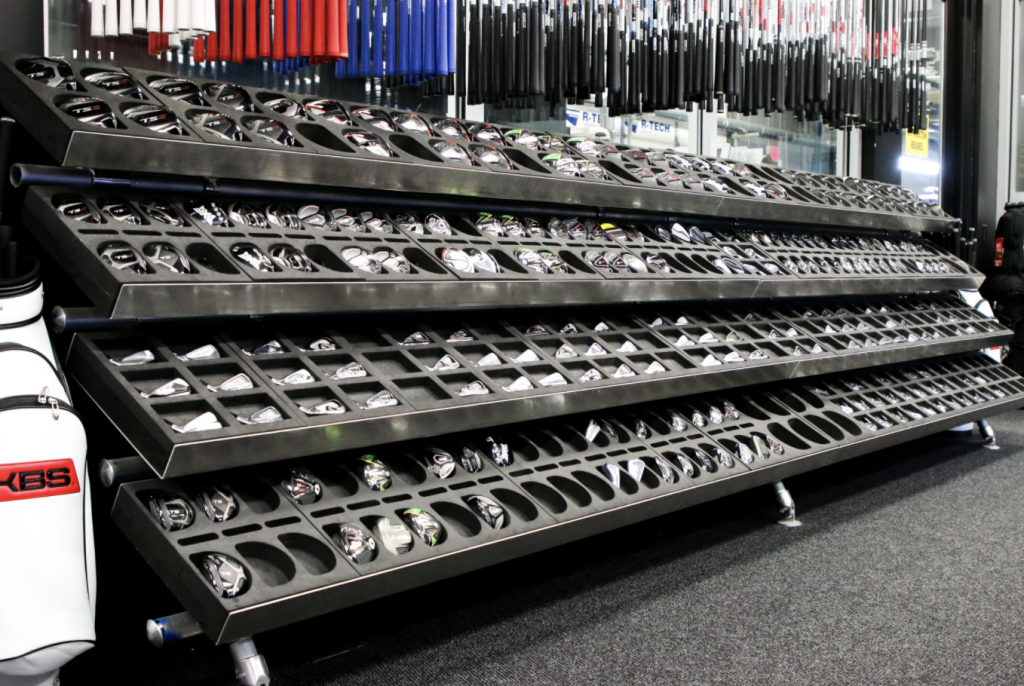 Who is your customer and how are you identifying them?

We like to say anyone who wants to “Play Better GolfSM” is a Cool Clubs customer. But in fairness to the question, the custom clubfitting customer pool was largely older and affluent for a long time. That’s changing now. With golf participation extremely high and the junior game competition increasing significantly each year, our customer pool is widening to include just about everyone and everyone needs a specific message that connects with their game.

Plenty of companies tout the importance of customer service. Define the term and what a consumer can expect when coming to a Cool Clubs location?

We put a premium on relationship building with our customers. Some Cool Clubs fitters and builders have worked with their customers for upwards of 30 years. Customer service experiences at Cool Clubs are built and based on trust in the experience and knowledge of our master fitters. Without that trust, and the trust in our software and service, relationships would begin to fall apart. That simply does not happen at Cool Clubs. 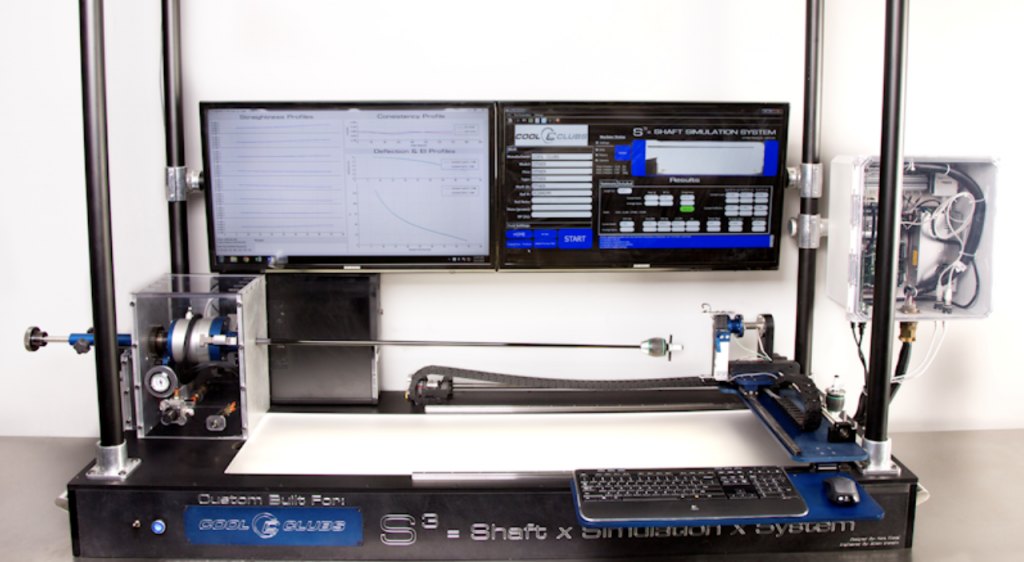 I wish the powers that be — USGA and R&A — would focus more on growing the game and less about the .0001% that play on tour. Faster play would be second.

The major golf organizations — USGA, R&A, PGA of America, PGA Tour, LPGA — are all seeking ways to attract new players to the sport especially Millennials, women and minorities. If you were counseling them — what would you advise they be doing singularly and collectively?

I do think they are all trying and with some success which is great. I also believe that operations like Top Golf have helped introduce new people to the game. If it is truly millennials we are trying to attract, then social media is where they live in the marketing world. I feel the best way I can help here is to come up with an affordable accurate and fast way to fit them correctly.

The way we currently do fittings — trial and error — makes it is very difficult to fit a beginner and higher handicap players. If we could speed up the process to get them more quickly into a better fit of clubs, they would hit better shots and be much more likely to keep interested. That is my next big project and I am really excited about helping these golfers all over the world. 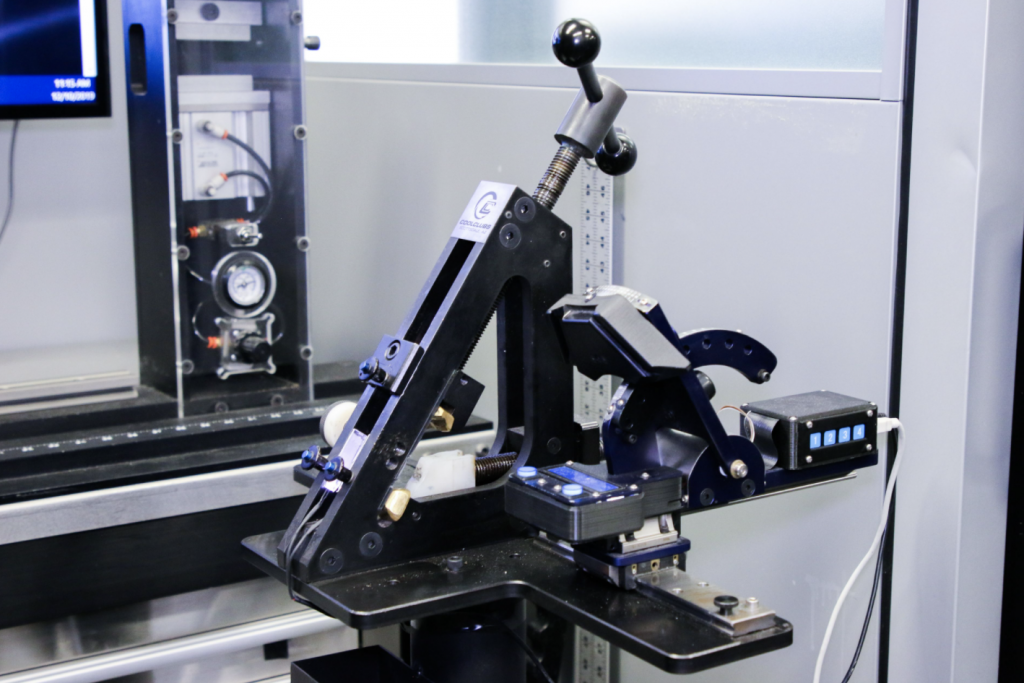 Learn to sell what you love or do what you love and you’ll never work a day in your life. I’m not sure where I heard it first – it’s fairly common – but it has always resonated with me. I’ve been in the game most of my life and the brief time I was out of it, the only thing I wanted to do was get back in.

Even though more and more people are picking up the game right now, long-term challenges will always revolve around overall golf participation. In the short-term, we have to find a way to show the value of our services to a crop of first-time players. The irony is new players have the most to gain from a fitting at Cool Clubs, even though they aren’t our core demographic.