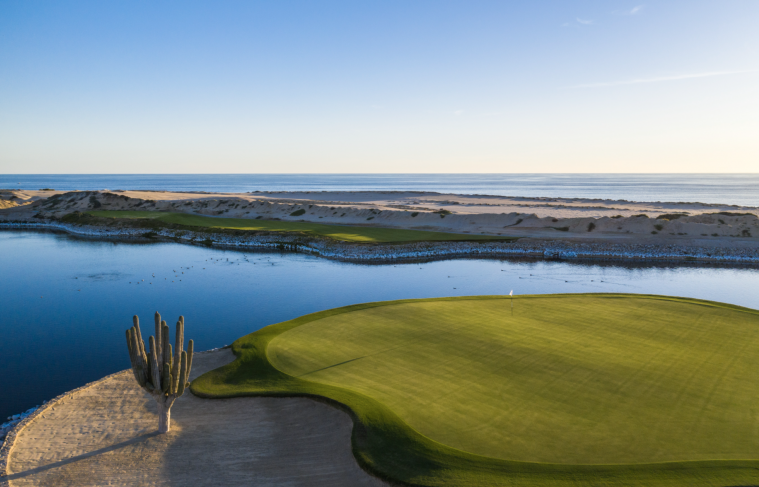 It’s been said imitation is the sincerest form of flattery. Golf course architecture is ripe with numerous instances when specific hole types are copied. The island par-3 hole is one numerous architects have sought to include in their projects.

Greg Norman, the former world number one ranked player and active golf course architect, has long been an admirer of the work carried out by the late Pete Dye. It was at one of Dye’s most lauded courses — TPC Sawgrass — that Norman played some of the finest golf ever witnessed. In 1994 the Shark finished -24 — setting a four-round total of 264 in winning The Players Championship. 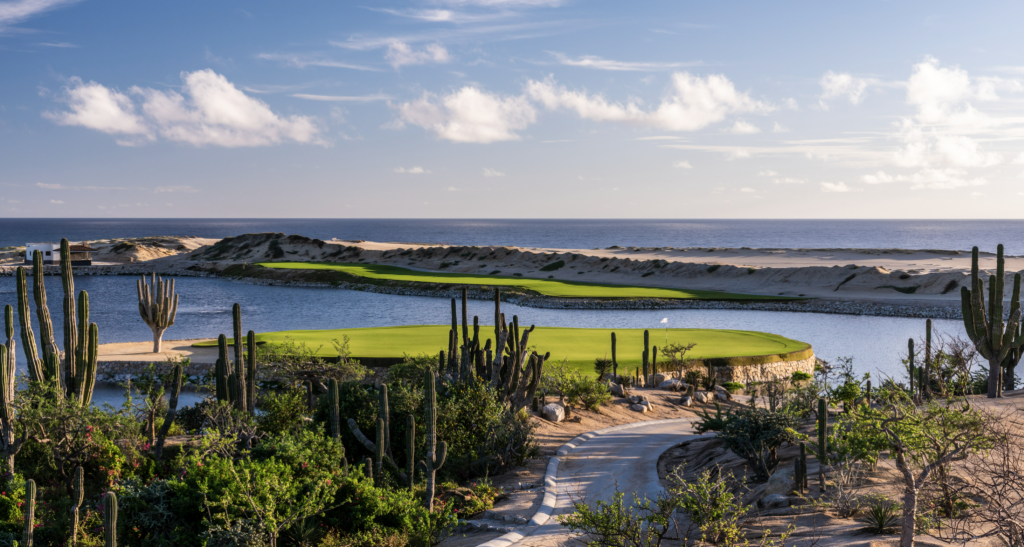 Since leaving competitive golf the 65-year-old Aussie has made his mark in bringing to life global projects showcasing his keen awareness on what demonstrates golf architecture resonating with the broadest array of golfers.

Among his most recent efforts is located in Mexico — specifically Cabo San Lucas along the Pacific coast. The southern tip of Baja California has been a magnet in attracting visitors for a wide array of pursuits. The golf dimension has clearly added to the overall renown of the location and Norman’s involvement with the recently opened Rancho San Lucas marks his first venture to the area. 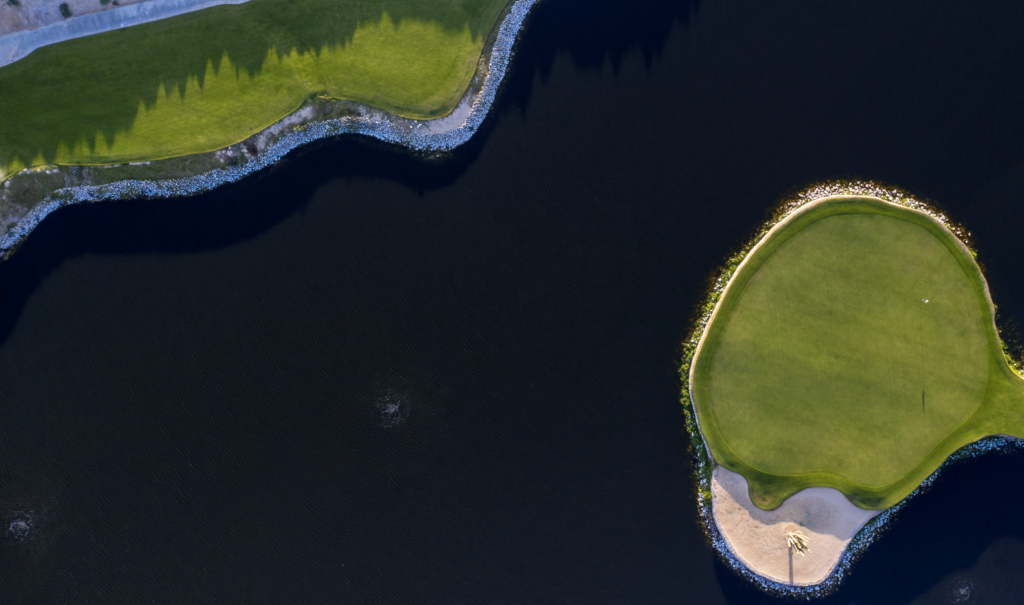 Unlike the majority of golf facilities in Cabo — Rancho San Lucas is following in the footsteps of such earlier golf projects such as Diamante and Quivira — also located on the windier Pacific coast side.

“Norman saw fit to include his version of the island par-3 hole at Rancho San Lucas. Like its more noted sibling in Florida the hole occupies the penultimate position. However, unlike Dye’s effort which maxes out at 132 yards — the Rancho San Lucas hole is longer — coming in at 161 yards.

“Wind patterns off the Pacific can vary greatly. Golfers coming to the 17th have to account for its impact and realize that nothing less than a finely executed shot will result in a dry land result. The Mexico version provides for a spacious green – 10,000 square feet — and like the Florida hole there’s a solitary bunker which must also be avoided. 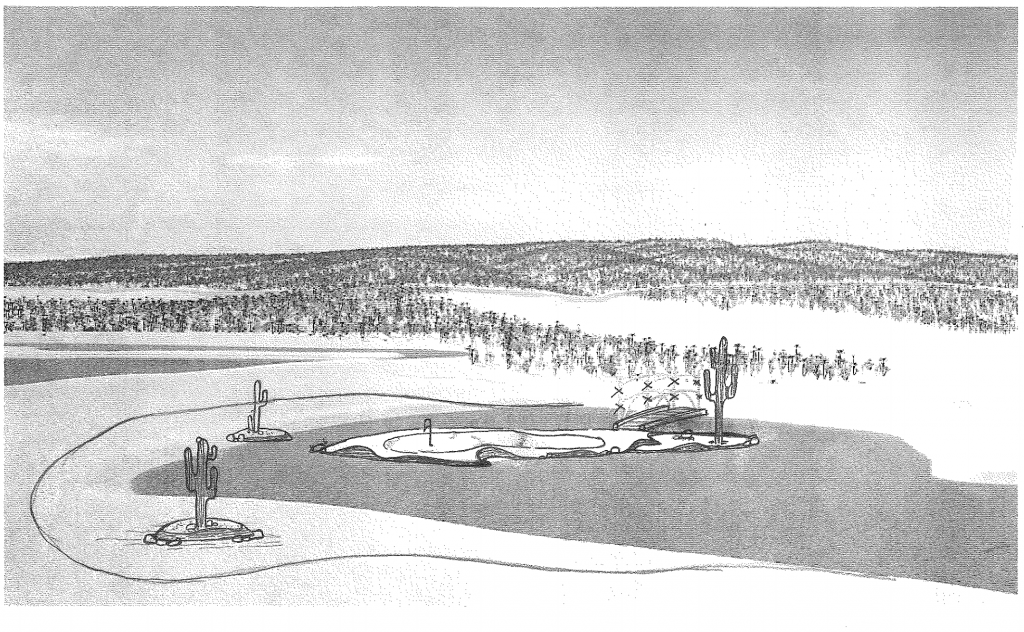 “Steady onshore breezes make proper club selection all-important. The challenge is boldly and clearly stated,” said Director of Golf Brad Wheatley. “The center of the enormous circular green is a safe target. Average players should avoid playing to pins tucked on the left or right side. A lone cardon cactus in a bunker on the right and a tumbling water feature behind the green add nice aesthetic touches to this dramatic hole.”
***
For more info go to:
www.ranchosanlucas.com
Photos courtesy: Brian Oar