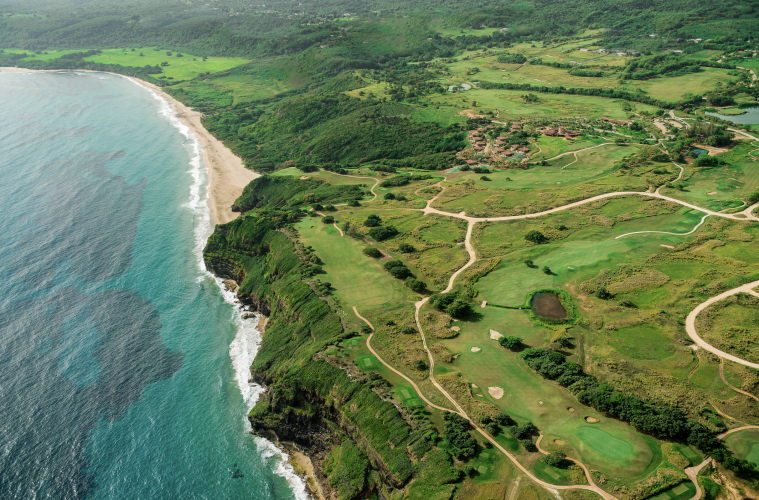 Over the last several years the island of Puerto Rico has endured much. The devastation from hurricane Maria was extensive and then the ravages inflicted via the global pandemic. Yet, the island has made great strides and its rich golf tradition has made major efforts in once again ascending to global attention.

Royal Isabela Golf Club opened in 2011 and since then has gained wide fanfare for the scintillating intersection of land and water. The course is the brainchild of former world ranked professional tennis stars — Charlie and Stanley Pasarell. Situated on a 426-acre site, the course provides several holes with 200-foot-high plunging cliffs providing mesmerizing views of the adjoining Atlantic Ocean. 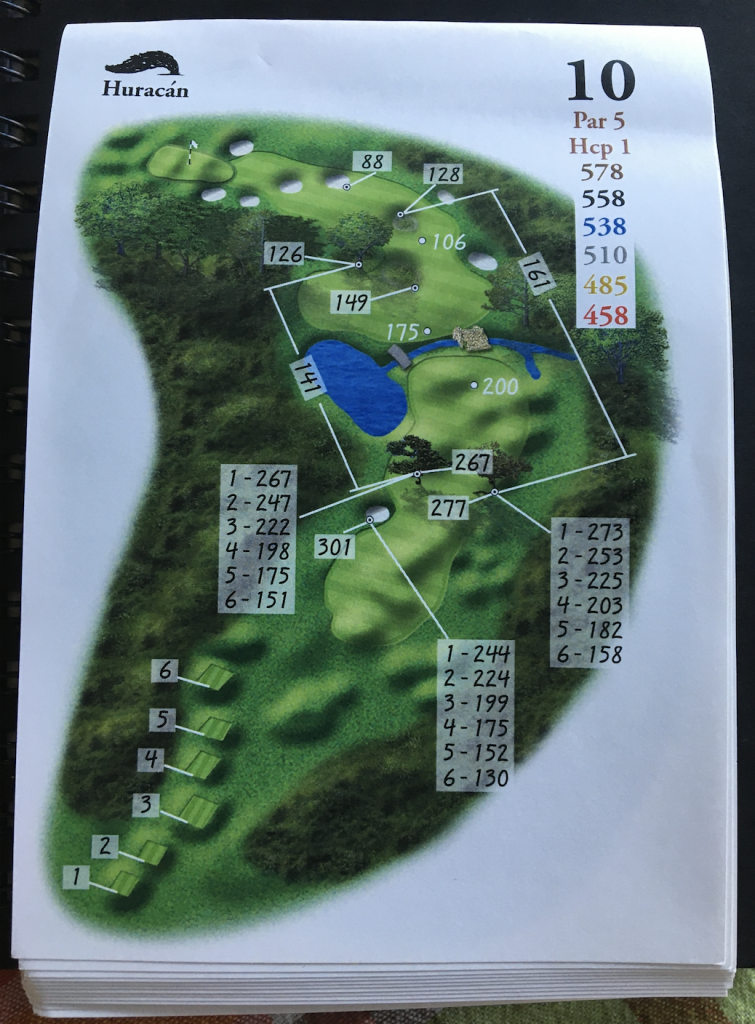 The course is a spellbinding challenge — over 7,500 yards from the championship tees with an 80.3 course rating and 155 slope. Golfers encounter acres of natural sand dunes in tandem with sod-faced bunkers reminiscent of Scotland.

One of the most talked about holes at Royal Isabela is the par-5 10th — called “Hurricane.” The hole plays to a max of 578 yards and features a range of challenges golfers must overcome. The elevated tee provides views of the surrounding area with the Atlantic Ocean in the background. From tee to green the elevation falls roughly 33 feet.

The 10th is a long turning left hole and the rigors faced come immediately with a testing tee shot.

“The tee serves as your lookout from which to enjoy the expansive view but also allows you to peruse the horizon in search of whales, white caps and/or storm clouds that may provide valuable information regarding wind speed and direction and advance warning of approaching rain,” said Stanley Pasarell. “A well-placed tee shot is played through the dunes downhill toward the ocean. You aim right center of the fairway away from the bunker. Beyond the bunker left is a pond and a burn that runs across at the end of the generous landing area.” 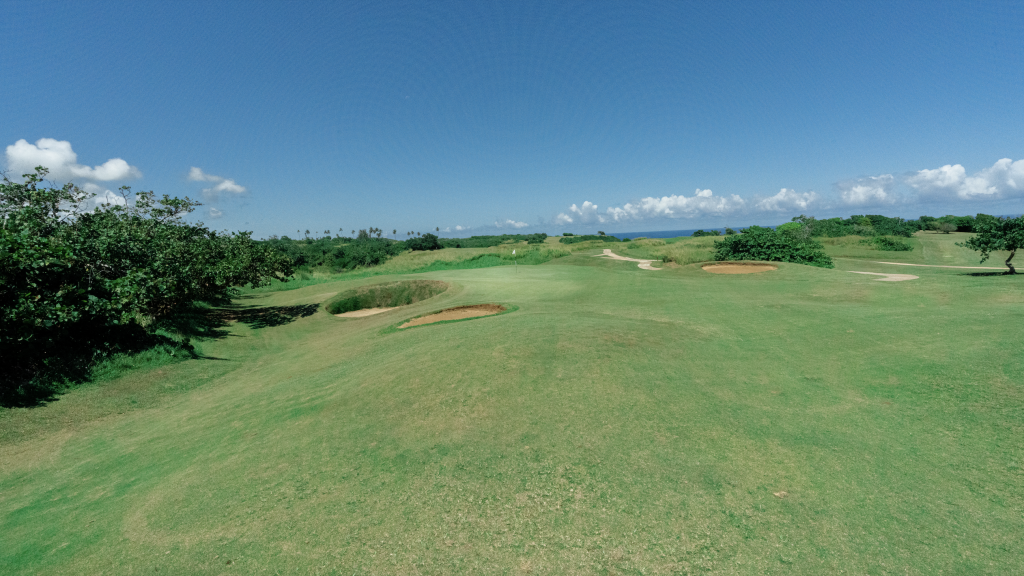 After crossing over the burn and stone bridge your second shot needs to navigate past or over a tropical almond tree, lying on its side, a survivor of Hurricane Hugo. The almond tree rests diagonally at the dogleg and partially blocks the view to the green.

The putting surface is 4,981 square feet and features a three-tiered green which generally plays downwind and is reachable in two for highly skilled players.

“Beware of the front to back slope that runs away from you, and the green also has a steep drop running along its entire right side. Additionally, three bunkers protect the green. One large, deep, sod-faced bunker is at the center left entrance,” said Pasarell.

The 10th also provides numerous layup options. To gain an open clear look to the green for your third, golfers can take a safer route on their second just right of the almond. The shot must control distance and also contend with some surrounding waste areas. Waste areas discovered were left untouched. They were originally shaped by cattle digging into the sand dunes seeking shelter from the ever-present wind, not unlike how sheep in Scotland that created some of the Old Course’s sand features. 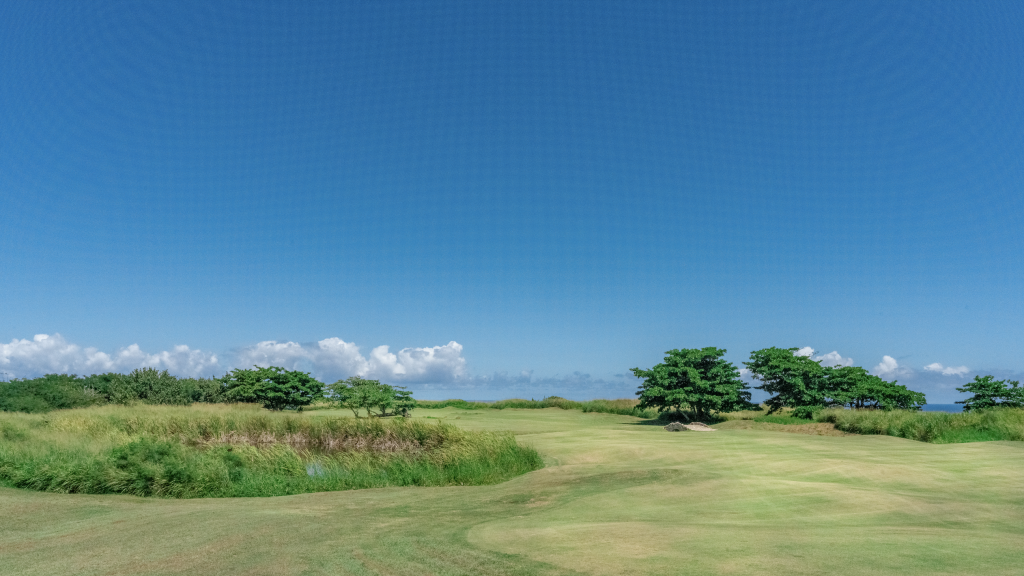 “Personally, after a good drive my preferred way to play the hole is a second with a mid-iron — 175 yds., a layup clearing over the almond aimed on a line well right of the green,” said Pasarell. “For the third depending on the lie, wind, speed and firmness of fairway & green that day, pin location, and various other factors you’re presented again with numerous options, such as spinning a wedge, or bouncing it on with a knockdown 7 or 9 iron, or rolling it on with your putter.”

Creating engaging par-5s is no easy task because of the need to account for the varying handicap levels of golfers. The 10th has several different teeing grounds so players can decide how much of a golf hole they’re willing to tackle.

“It serves as an appropriate opening hole to the back side — the hole is a difficult, risk/reward hole that grows on you – the more you play it the more you learn to like it,” said Pasarell. “It also builds your anticipation for the upcoming holes, many dramatically perched along cliff edges and hovering 200 feet above crashing ocean waves below.”

All in all, the 10th at Royal Isabela marries scenery and strategy in grand fashion.

​”It’s so natural, a golf hole where we kept all the contours and features that we found,” said Pasarell.