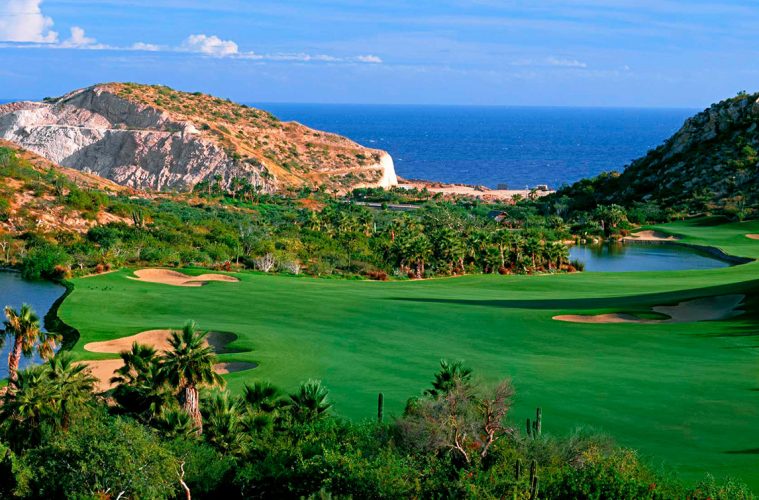 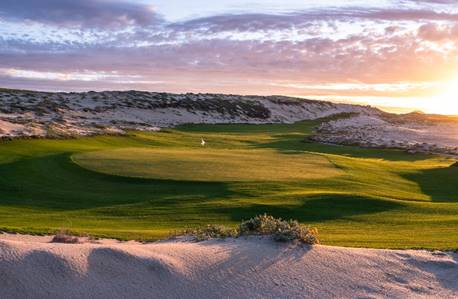 Los Cabos, Mexico (Jan. 12 , 2021) –  Golfweek’s Ultimate Guide to Great Escapes has been released, and once again Los Cabos excels on the publication’s roster of the ‘Top 50 Mexico, Caribbean, Atlantic and Central America’ courses. Thirteen golf facilities in Los Cabos, the dazzling Land’s End destination at the tip of the Baja Peninsula, appear on the list, with three venues in the top 10 and seven courses in the top 20. In addition, Costa Baja Resort & Spa (El Cortes) in nearby La Paz, the capital of Baja California Sur, was voted to the list.

According to the publication, “Rater scores based on 10 criteria are averaged to identify the best courses in Mexico, Caribbean, Atlantic and Central America for 2021.” Golfweek’s rankings are further proof that Los Cabos has established itself as the unrivalled Golf Capital of Latin America. No other destination in Mexico boasts as many courses on the elite roster. 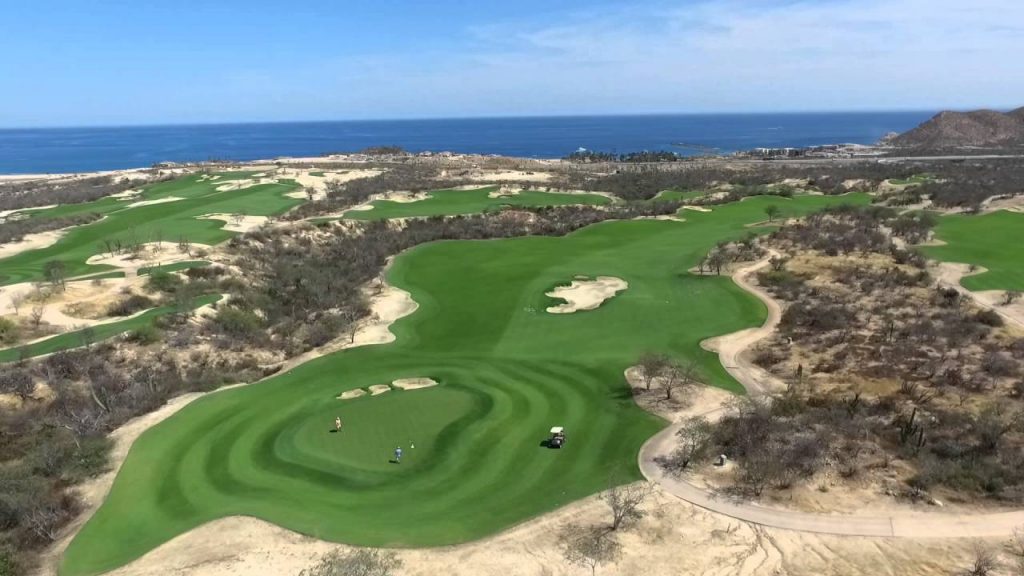 In addition to its world-class courses, Los Cabos brought 2020 to a close with nearly 80% recovery of all travel activity due to the destination’s swift response to control the spread of COVID-19. As part of the Los Cabos with Care – A Safer Way to Get Away system, strict safety guidelines and health protocols are in place at all golf courses, hotels, restaurants and activity centers to ensure the well-being of all travelers visiting the destination.

Commanding the No. 1 position on Golfweek’s list is the Dunes Course at Diamante, the flagship of a 1,500-acre private resort community on the destination’s west coast. Opened in 2009, the Dunes Course is a 7,022-yard behemoth carved by Davis Love III into massive rolling dunes set back from the Pacific Ocean. This windswept, topsy-turvy links, which offers great diversity and spectacular views, rambles past huge blowout bunkers and tufted sand hills on its journey to and from the sea. Among the feature holes is the 590-yard par-5 18th, which oﬀers multiple landing areas and plays to a shelf-like green perched 50 feet above the fairway. Guests of the on-site Nobu Hotel and Hard Rock Hotel enjoy exclusive access to the Dunes Course, subject to availability. 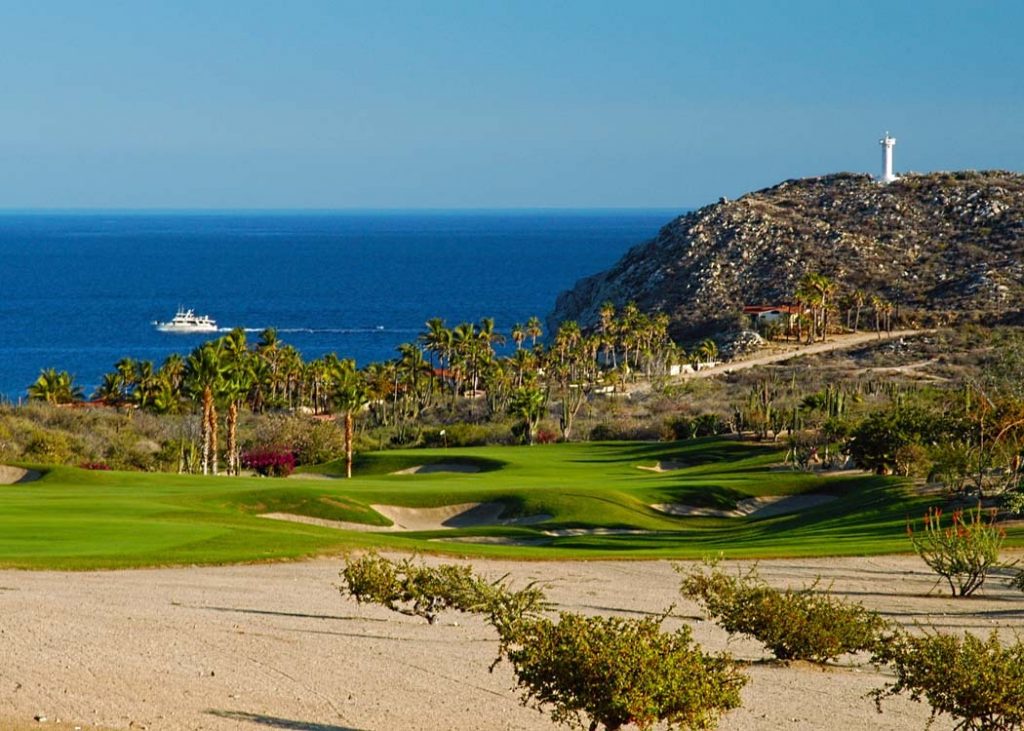 Cabo del Sol (Cove Club), ranked No. 4 and formerly known as the Ocean Course, is the epic layout that put Los Cabos on the international golf map when it opened in 1994. Intent on producing the ‘Pebble Beach of the Baja’ on what he described as “the best piece of golf property I’ve ever seen,” designer Jack Nicklaus charted grand-scale holes across gently sloping terrain creased by sandy arroyos and bounded by rugged mountains. In 2019, Nicklaus returned to create a handful of new holes at the renamed Cove Club (now private). The revised layout, which brings players to the sea on both nines, has upgraded playing surfaces, restyled bunkers and new landscaping.

Chileno Bay (No. 10), a splendid Tom Fazio-designed golf course marked by graceful, flowing landforms intended to simulate rolling ocean waves, benefitted from a makeover by Discovery Land Co. that introduced colorful vegetation and bright white sand in its formal bunkers. The immaculately-groomed course, framed by desert foothills and interlaced with sandy arroyos, features interior mountain vistas and a sea view from every hole. The back nine builds to a crescendo at the par-4 18th hole, which tumbles downhill to an infinity-edge green. The otherwise-private club is accessible to guests of Chileno Bay Resort & Residences. 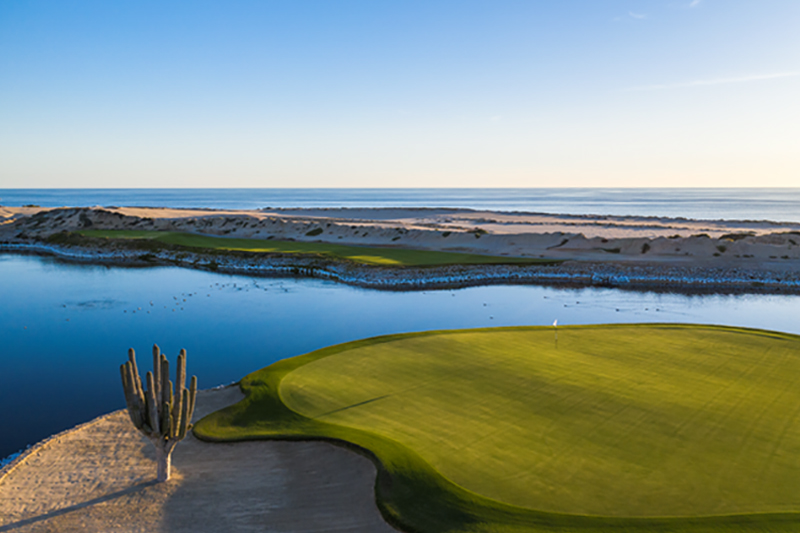 Rancho San Lucas, the Greg Norman-designed course that plays nip and tuck with the Pacific, makes an auspicious debut on Golfweek’s list at No. 12. Unveiled in February 2020, the layout spans three different ecosystems, rambling through huge windswept dunes at the start, climbing through a thick cactus forest creased by arroyos, and returning players to the beach on the back nine. Known for his ‘least-disturbance’ approach, Norman kept earthmoving to a minimum to retain the site’s contours. Forty steep-walled pot bunkers constructed from recycled artificial turf dot the links-style course.  Rancho San Lucas is a private club with access available to guests of Solmar Group hotels, including the on-site Grand Solmar at Rancho San Lucas resort.

Tied with Rancho San Lucas at No. 12 is Querencia, a marvelous Tom Fazio creation and the centerpiece of a private 1,800-acre golf community set in rugged desert foothills high above the Sea of Cortes. Loosely translated as “sanctuary”, Querencia, known for its slick, multi-tiered greens, takes players on a roller-coaster ride across steep hills and bluffs, with several holes set along the edges of deep canyons and rocky arroyos. Fazio’s attention to detail is evident at every turn at Querencia, with palm trees and lush vegetation artfully blended with the native desert border. Broad contoured fairways and harmonious transitions mark this challenging yet playable course.

The prime amenity at a 1,400-acre master-planned community, Twin Dolphin (No. 15) occupies a superb location along the corridor linking the towns of Cabo San Lucas and San Jose del Cabo. Opened in 2018, the course, built by Fred Couples and Todd Eckenrode of Origins Golf Design, sprawls across a broad sloping plateau bisected by three major arroyos. Perched 180 meters above sea level, the layout, known for its fast-running fairways, dramatic rock outcrops and stark mountain backdrop, features a sweeping ocean view from every hole. Twin Dolphin is a private club accessible to guests of Montage Los Cabos, a resort hotel on Santa Maria Bay; and the Montage Residences. 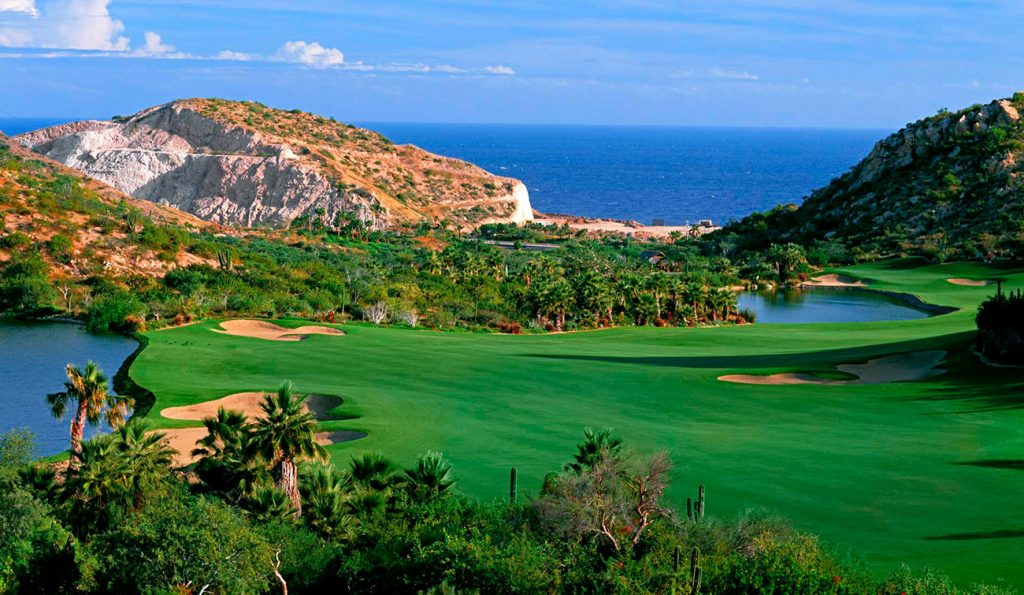 Situated at the tip of the 1,000-mile long Baja Peninsula, Los Cabos is home to award-winning hotels, resorts, championship golf courses, rejuvenating spas and world-class sport fishing. With a unique landscape of dramatic desert and dazzling beaches, Los Cabos is an exotic escape within easy reach of most U.S. and Canadian cities. For more information, images and videos from Los Cabos, visit www.visitloscabos.travel, follow us on Twitter @LOSCABOSTOURISM and visit us on Facebook, YouTube, Pinterest and Instagram.