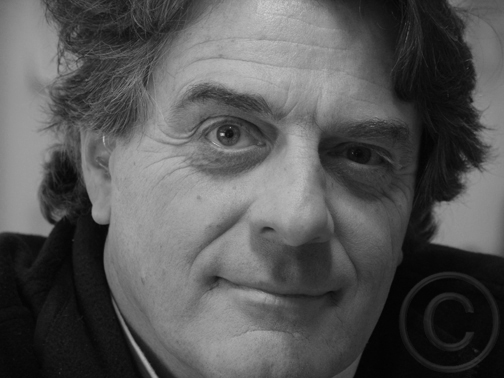 A division of Diamond Golf International

While now semi-retired, Tom Wishon began working with golf clubs in 1972 and became a clubhead designer in 1986. During his career, has designed over 400 different clubhead models which includes over 50 different design firsts, including the first high coefficient of restitution (COR) irons, hybrids, fairway woods in the early 2000s and the first adjustable hosel sleeve for changing woodhead specs in 1995.

Wishon has written 11 books and over 200 articles on the technical performance of golf clubs and clubfitting technology for most of the trade and consumer golf publications in the U.S. and internationally. Two of his books won Golf Book of the Year awards and a number of Wishon’s books are still used as part of the required curriculum for membership in the PGA’s of Great Britain, Germany, Sweden and the Netherlands.

Dick Billehus was the head pro at Greeley CC (located halfway between Denver and Fort Collins, CO) in the city where I grew up and learned to play golf.  Dick was the first to introduce me to working on golf clubs in high school which began my interest.

Chinneng Lin, owner and founder of Dynamic Precision Casting Corporation, today the 3rd largest manufacturer of clubheads in the golf industry.  Chinn owned half of Dynacraft Golf Company when I was the company president from 1986 to 1993.  Over the course of those years Chinn allowed me to spend a total of nearly 7 months in his factory learning every single aspect of clubhead engineering and production technology.

Art Mittendorf, a former Air Force Top Gun instructor with two engineering degrees, Art was my engineering mentor from 1993 to 2006.  During that time Art helped teach me the applicable science and engineering facts and principles that I was able to use to guide my clubhead design work and my research into the performance of golf clubs as well as into clubfitting technology. 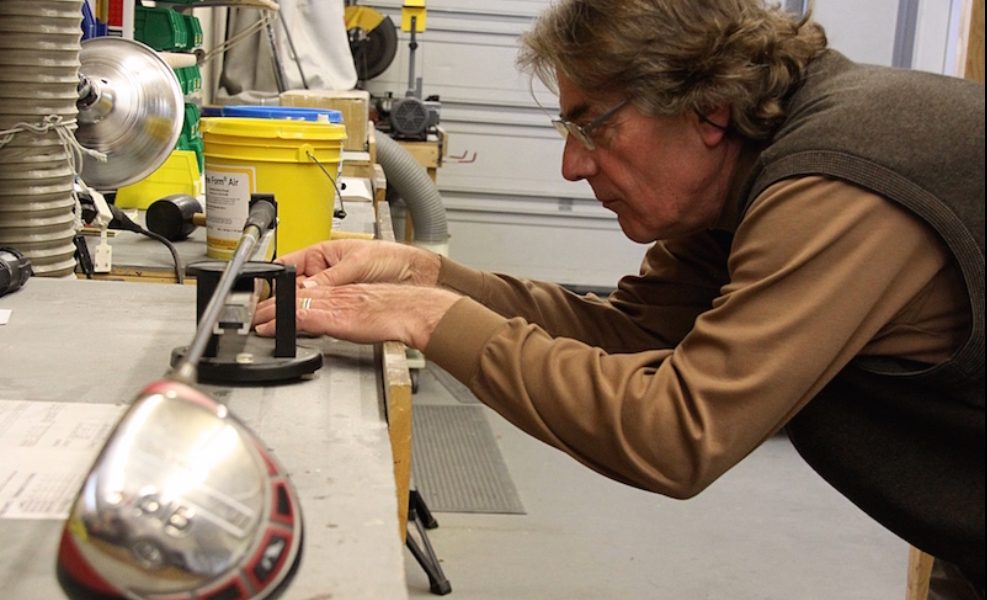 There’s been so much discussion on the gains in distance from clubs and balls, Bryson DeChambeau, et al. The USGA and R&A opted to pushback to ’21 any detailed action plan given the impact of the global pandemic. If you were advising them what would you suggest they do?

Nothing.  Leave it alone.

Don’t do anything that would make this matter worse as happened when the rule making bodies decided to change the scoreline rule in 2010. Those efforts did nothing to alleviate the “bomb and gouge problem” and actually increased the number of non-conforming irons and wedges in regular golfers’ bags because the new groove specs are too difficult for the clubhead makers to manufacture consistently.

The USGA/R&A need to accept the fact the vast majority of the distance increase among elite players comes from better athletic training resulting in more golfers having much higher clubhead speeds. What matters is good competition, not how far anyone hits it.

Presuming the USGA and R&A did take serious remedial efforts — is it inevitable the equipment companies would engage in extensive litigation against the respective governing bodies?

It depends on exactly what the actual remedial edicts from the rulemaking bodies would be and whether any of them adversely affect the bottom line of the golf equipment companies. It’s possible such action by the USGA/R&A could go both ways with the golf companies. If the USGA/R&A legislate a different ball or different clubs for the tour vs regular players, the companies may love that as it would increase the number of, and variety of, products they could sell. 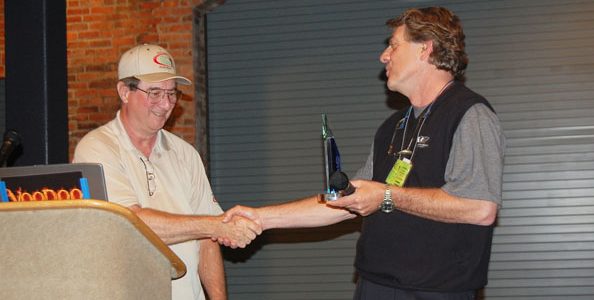 You’ve been a longtime advocate for golfers getting fitted via professionals knowing the subject matter. Is that message now finally resonating across the board?

Not really because of what real fitting is compared to the type of fitting capable by the mass merchant retailers and the golf equipment companies. Real fitting, also known as, “full specs fitting,” involves a lot more time to measure and analyze the golfer to determine what each one of the 12 key fitting specifications should be for each one of the 14 clubs in the bag.

Fitting, as it is being pushed by the retailers and golf companies, involves only a handful of specs for some of the clubs so the real benefits to the golfer is most certainly limited. Real fitting takes several hours, typically over multiple days, of working with the clubfitter. Fake fitting as we have now, does not even come close to achieving for the golfer what has been proven to be possible by the few independent custom clubfitters that practice real, full specs fitting.

What’s your best estimate on the percentage of golfers playing the wrong equipment for themselves? Is that spread pronounced between those on the public side versus those playing golf via private clubs?

That depends on which clubs in the bag.  For drivers, there are, in my opinion, at least 90% of all golfers who would hit the driver more consistently and longer too if they were properly fit with a shorter length driver with the right loft and face angle, shaft and weighting.  But in the irons, probably 50% would play better with properly fit irons because there are fewer critical fitting parameters on irons than with the driver and woodhead clubs. 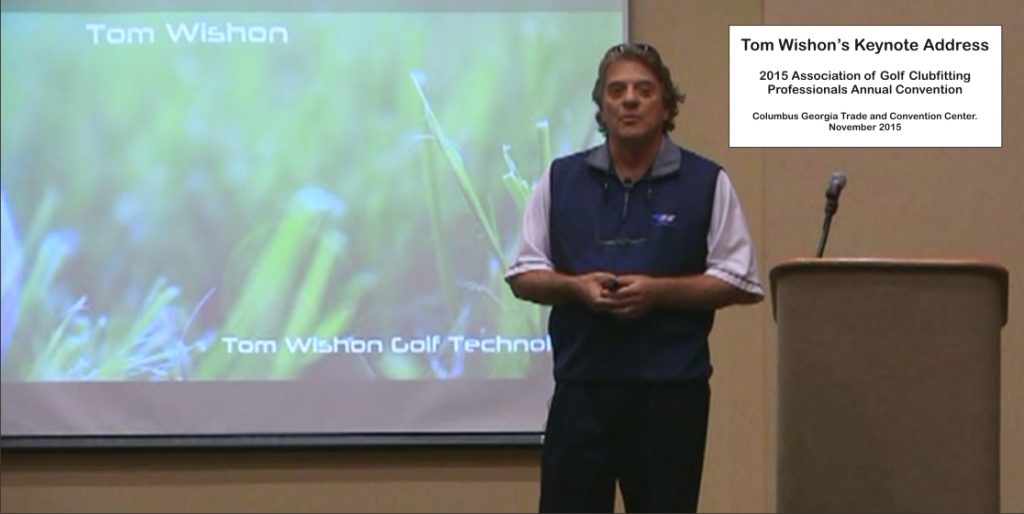 How effective do you see such organizations as the PGA of America in not only educating its members but the golfing public on this subject?

The PGA of America is ineffective in their approach to fitting education for their members because:

If the PGA did teach real fitting as the independent fitters do it, this would fly directly in the face of the business model of the big golf club companies, which is to achieve the vast majority of their revenue from selling standard made clubs off the rack. The PGA would rather have the golf companies continue to fund their sectional tournaments and give the club pros a nice staff bag with the pro’s name on it than embark on a serious program to enable the club pros to learn and offer real custom fitting.

You’ve met many of golf’s top players — which one impressed you the most and why?

My evaluation of a person has more to do with their demeanor and personality than their talent in whatever they do. I had the tragic honor of designing the last set of golf clubs Payne played in competition before that terrible incident in 1999. The first day we met in my workshop to begin the process, Payne said to me, “Tom, you’re darn lucky you’re working with me at this stage in my career rather than in my early years on tour when I was an insufferably arrogant idiot.”

In all our times together in that last year of his life I have to say he continually impressed me with a great sense of humor and how kind and considerate he was to everyone with whom I ever saw him meet. 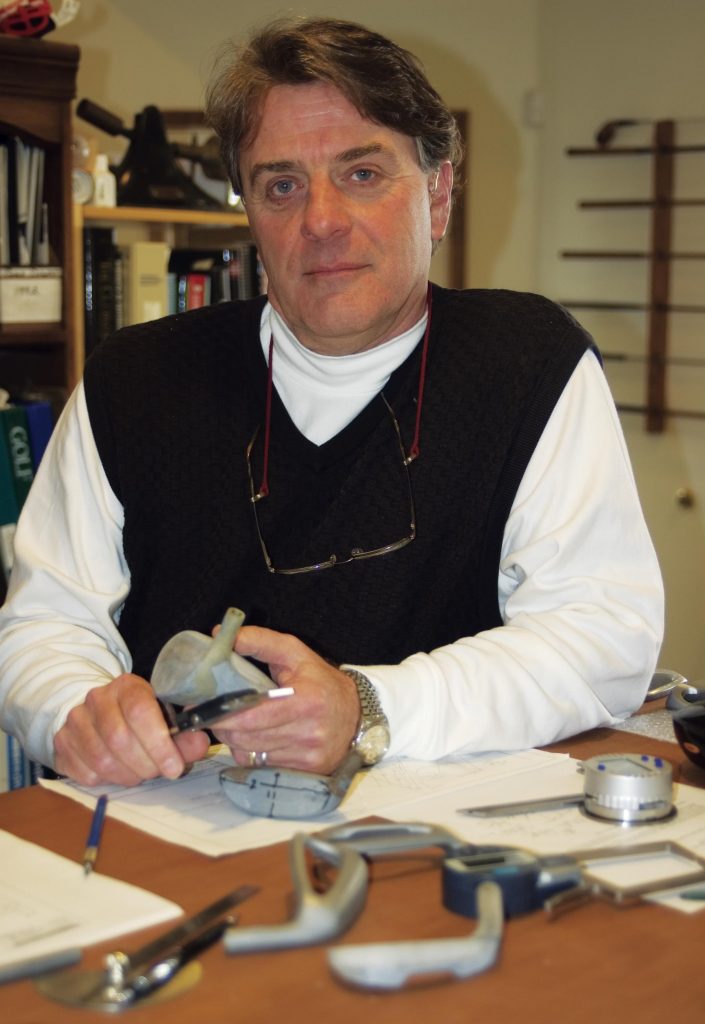 In your writings you’ve point out the desire of the major equipment companies to be solely interested in their bottom line. How can consumers influence that behavior?

Money talks and a shortage of money talks louder.  If golfers could get over this brand name brainwashing from the $50 million annual marketing campaigns of the big golf companies and open their minds to the fact that the best clubs will come from a truly skilled and knowledgeable independent custom clubfitter/clubmaker, something on the order of 75% or more of all of them would play measurably better and enjoy this great game more than ever before.

In Europe there are far more golfers who do this than in the USA because it just seems Europeans are less susceptible to brand name brainwashing than Americans.  Also, because most of the European PGA organizations teach real fitting to their members and apprentices the pros are more able to educate golfers about what will be better for them and why.

For those getting fit for clubs — is sufficient time carried out on the putter and wedge side given the number of shots executed with these clubs in a given round?

Hardly. Not even close.

The reason is because retailers and big golf companies do not offer anywhere near the fitting options, especially for putters, that have been proven to truly make a large percentage of golfers better on the greens.  Putter fitting is about getting the right lie, length, loft, weighting, putter head design, grip shape, style, size that best matches the golfer’s putting stroke and ability.

Some retailers offer a choice of two lengths and can re grip with any putter grip but ignore the lie, the loft, weighting and may not hit the best length with the limited options they have. Only the independent custom clubfitters can check all the boxes in a putter fitting, and even then, many of them don’t do it because good putter fitting takes as much time as fitting a driver or set of irons for a return on investment that involves the sale of only one less expensive club. 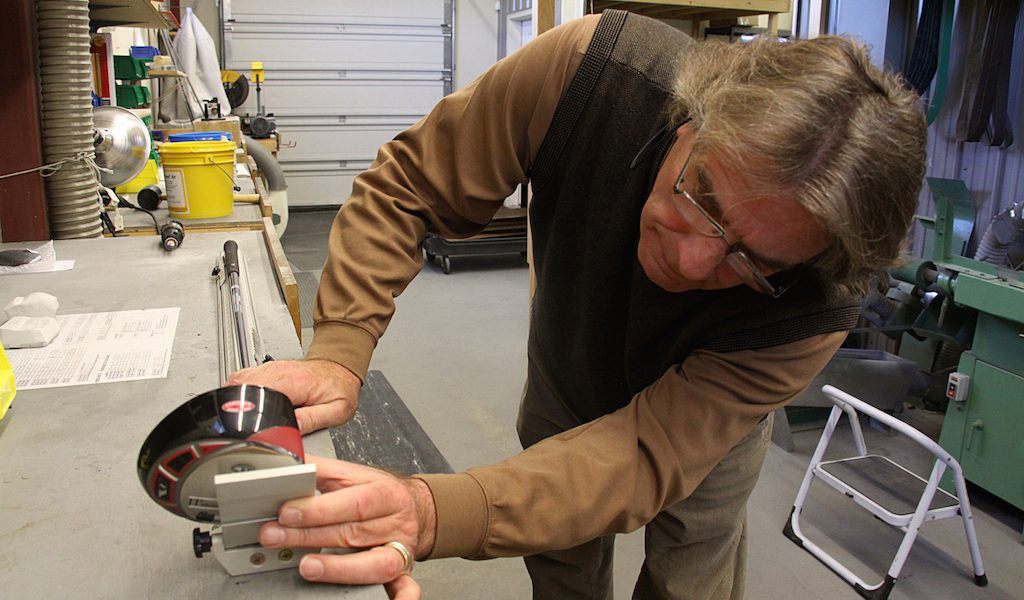 Is bifurcation of equipment rules between what’s used at the elite level and those for the masses a good or bad idea?

Count me as one who sees bifurcation of the rules of golf as a bad idea that if done, would forever detract from the enjoyment and popularity of the game.

I have always felt one of the best things about golf is that it is the only game/sport where regular players can actually hit a shot or shots during a round that are better than what a pro could do on the same shot.

Regular golfers may never hit a drive as far as the average tour pro or elite amateur, but when a golfer makes a 40-foot putt or chips in or hits an iron stiff to the flag, you could have 100 pros hit that same exact shot and most would not beat or match what the regular golfer did on that shot.  Force the pros to play with clubs or balls that are different than what is sold to regular golfers and you take a lot away from that experience.

Complete the sentence Tom Wishon is —

Glad he had the chance to write 11 books and author hundreds of articles to help educate golfers about the truths of the technical performance of golf clubs and to advance the technology of custom club fitting.

However, at the same time, he is sad not nearly enough golfers have become aware of just how much real custom fitting could help them play better and enjoy this game so much more. He hopes someday someone will come along to do that. 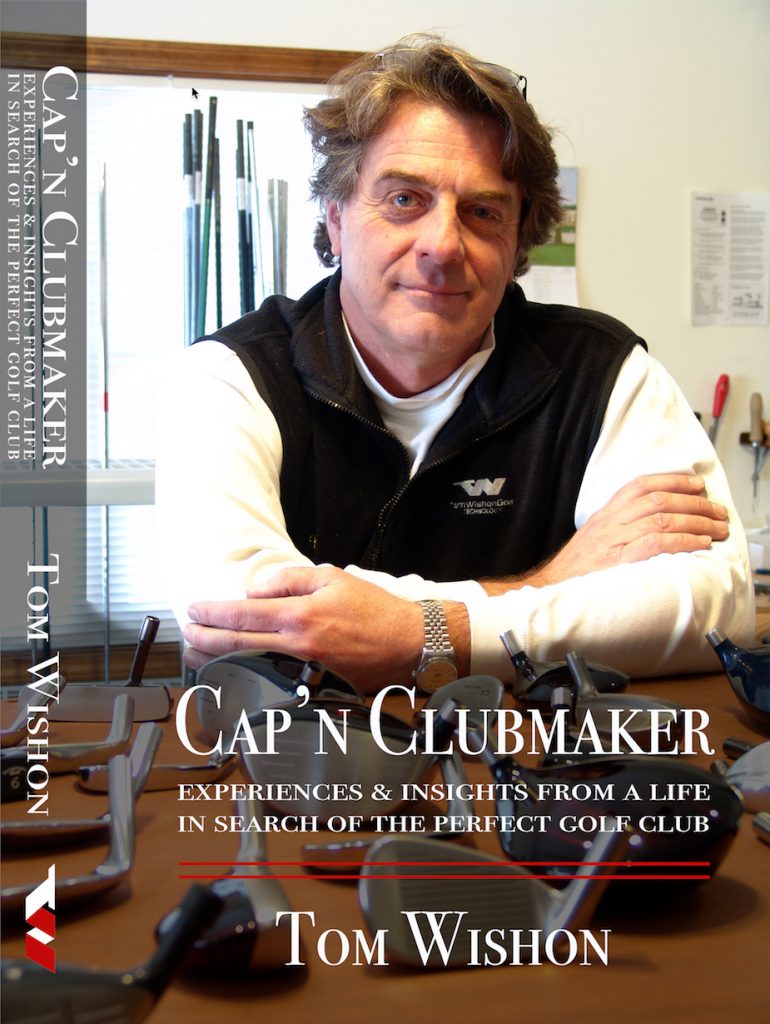 Cap’n Clubmaker – Experiences & Insights from a Life in Search of the Perfect Golf Club.