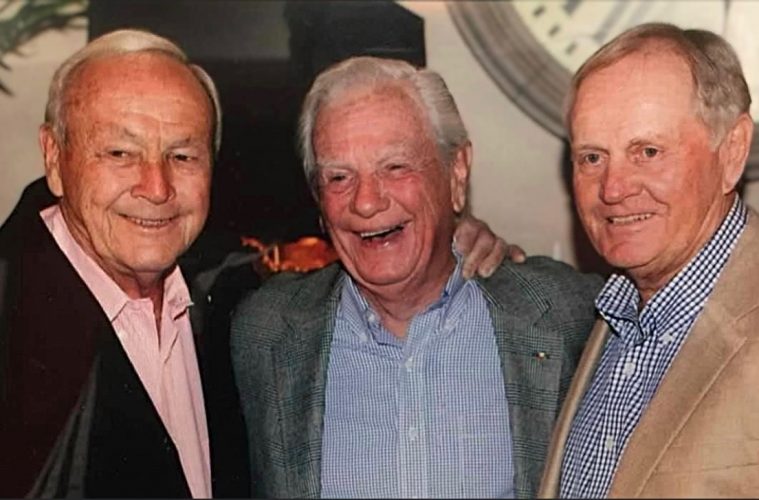 Interview with Charlie Mechem, Former Commissioner of the LPGA

Charles Mechem was a lawyer with Cincinnati’s prestigious law firm Taft Stettinius & Hollister, a business executive who headed the Taft Broadcasting empire of media outlets, Hanna-Barbera, Kings Island Amusement Park, and then the commissioner of the Ladies Professional Golf Association. He was a longtime consultant and advisor to Arnold Palmer and Jack Nicklaus. 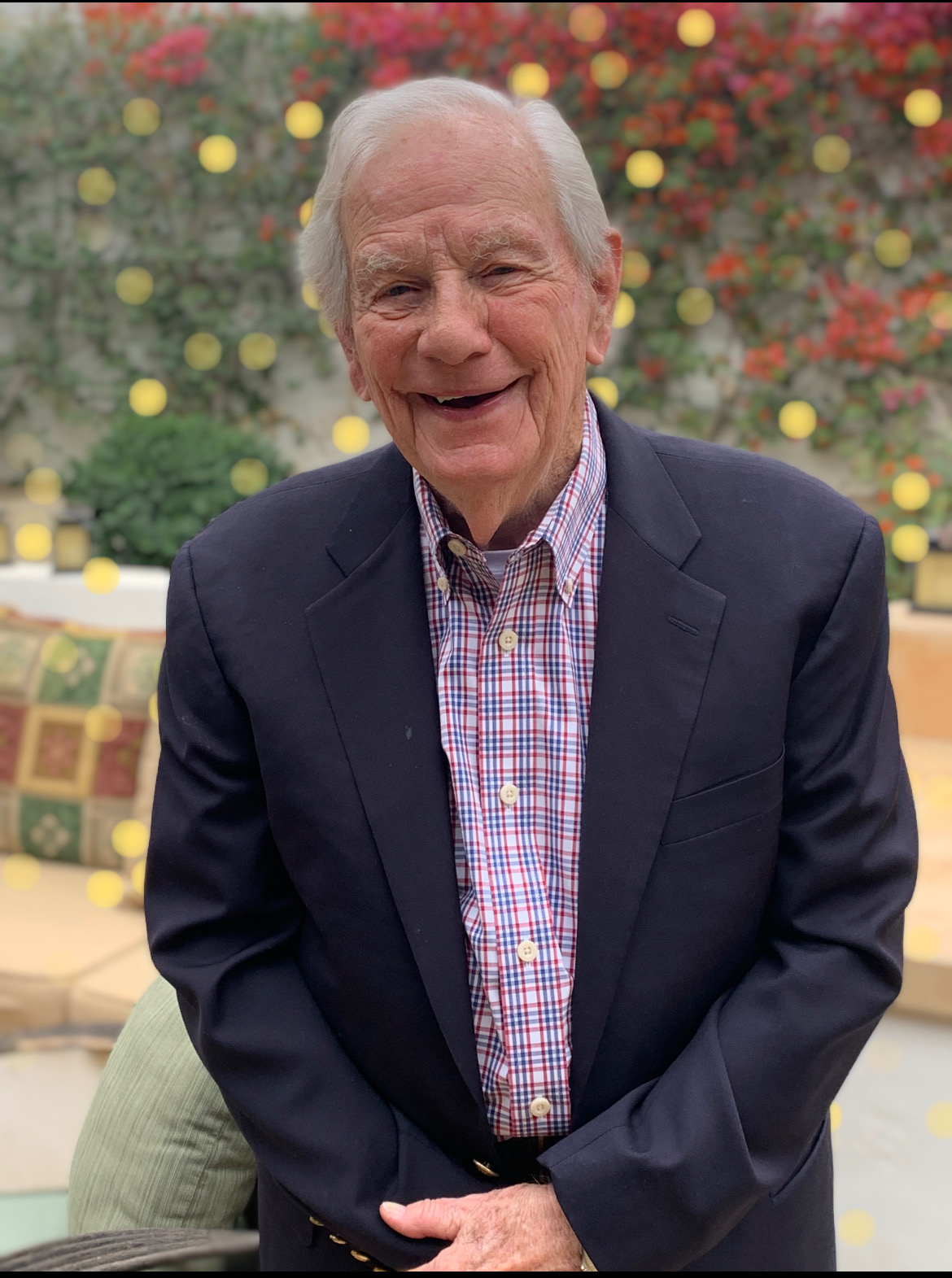 I started the game of golf later in life. I was well into my teens and attending high school. I enjoyed the camaraderie the game provided me as well as the natural beauty. As a businessperson, I played for business and for pleasure, but it was the day I played the Old Course at St. Andrews that changed my appreciation for golf.

I stopped playing and took in or absorbed what the Old Course represents, the origins of golf, the history, a legendary course designer, Old Tom Morris, the Royal and Ancient, The Open, the caddies and its rustic beauty. That day in Scotland touched me and now, I have a deeper understanding for the game.

What prompted your desire to write a book?

I had the privilege of speaking to the members at my home club, The Tradition in La Quinta, California. I was asked to share my favorite stories and memories of Arnold Palmer and Jack Nicklaus as I was an advisor and longtime friend with both. After my speech, the president of the club and members encouraged me to write Arnie and Jack.

You’ve met a good number of people during your time in golf. Name one man and one woman who you would have liked to have met but never did and what fascinates your interest with each of them?

This is a great question. I think the one man that fascinates me, and I never met is Bobby Jones. He was such an accomplished man and in so many fields. His golfing acumen is legendary, the best amateur to date, but he was also a proficient lawyer and golf course designer. He helped design the Augusta National Golf Club and co-founded the Masters Tournament. He was a true visionary.

The one woman who I never met but fascinates me is Babe Zaharias. As the former LPGA Tour Commissioner, I would be remiss not to include her.

She co-founded the LPGA but much like Bobby Jones, Babe was also accomplished off the golf course. She is probably the “greatest female athlete in history” winning Olympic gold in track and field but also excelled in basketball, baseball, tennis, bowling, diving, and roller skating. She was ahead of her time. Women in the forties weren’t encouraged to play sports, not only did she play sports, but she also made two out of three PGA Tour starts.

Best female and male golfers you ever saw play are who?

This is a tricky question as the “best” of anything depends on variables, like the golf equipment, and the field, etc. So, I politely refrain from answer here.

As a former Commissioner of the LPGA Tour — there’s been expanded television coverage, but network visibility is still limited. Is that likely to change and what is holding back that from happening now?

The LPGA Tour television coverage is expanding due to the strength of the LPGA Tour Professionals. There is so much talent out there. On any given weekend, anyone can win. It is exciting to watch.

NBC/Golf Channel has increased their LPGA Tour coverage this year and will cover thirty-four events and all majors. I don’t think anything is holding the coverage back. I think the opposite here. As the LPGA Tour continues to grow so will the television coverage and media opportunities.

Do you ever see a day when the purses for women’s professional golf will ever be equal to that of the men’ or is that unlikely given the difference in eyeballs that watch men’s golf versus women’s golf?

If you had asked me this a couple of years ago, I would have said no but the LPGA Tour is growing, gaining awareness, the purses are better and monetary gap should lessen. I look to tennis and soccer in hopes that the equal pay for play is possible for the LPGA.

You’ve got one mulligan to redo from your various involvements with golf — what episode would you like to have another crack at carrying out?

I am not saying this to be arrogant but the opposite. I am filled with gratitude. I have enjoyed my career in golf immensely and I would not take a mulligan or write another episode. 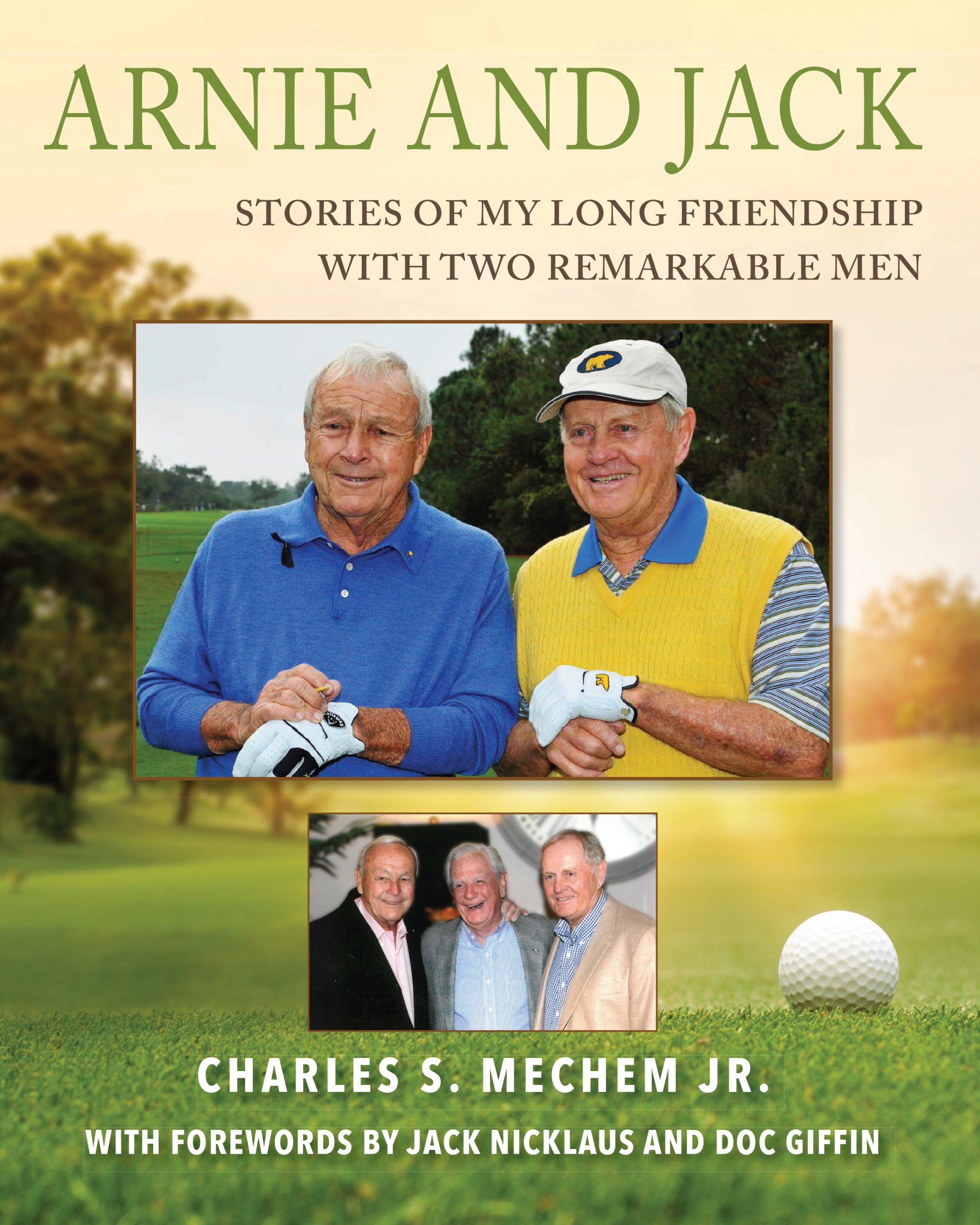 Cover of Mechem’s Book, “Arnie and Jack, Stories of My Long Friendship with Two Remarkable Men”

You’ve got one course to play – what’s the location and are three people who make up your foursome?

The one golf course I would play would be the Old Course at St. Andrews. The three other players in the foursome would be Mickey Wright, Arnold Palmer, and Jack Nicklaus.

If I would change one thing in golf unilaterally, it would be the rules. I would revise the rules that make no sense.

Best advice you ever received — what was it and who was it from?

This advice comes from my dad, and Arnold Palmer, “Never forget where you come from.”

Biggest challenges facing golf short and long term is what and how do you see such issues being handled?

The golf industry is enjoying this renewed interest in golf due to the pandemic but how do we retain these new golfers. That is the challenge. I do know the PGA and LPGA are addressing has this topic. Personally, I think if the game were less expensive, more accessible, and faster, these new golfers would stay in the sport.

Book can also be purchased via: