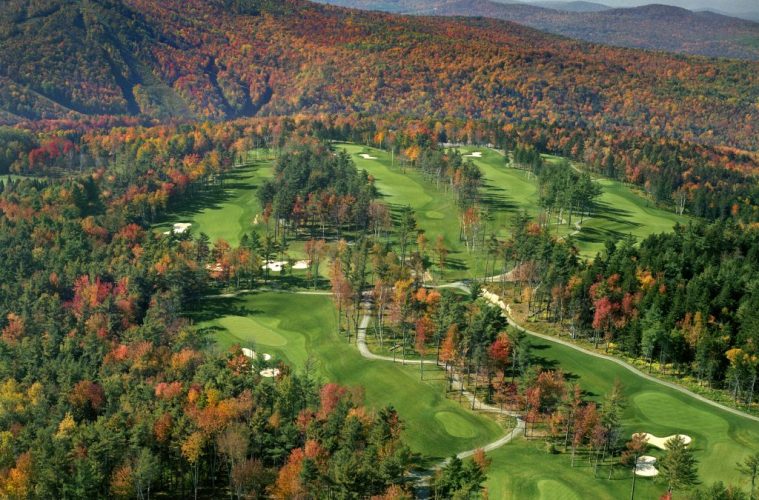 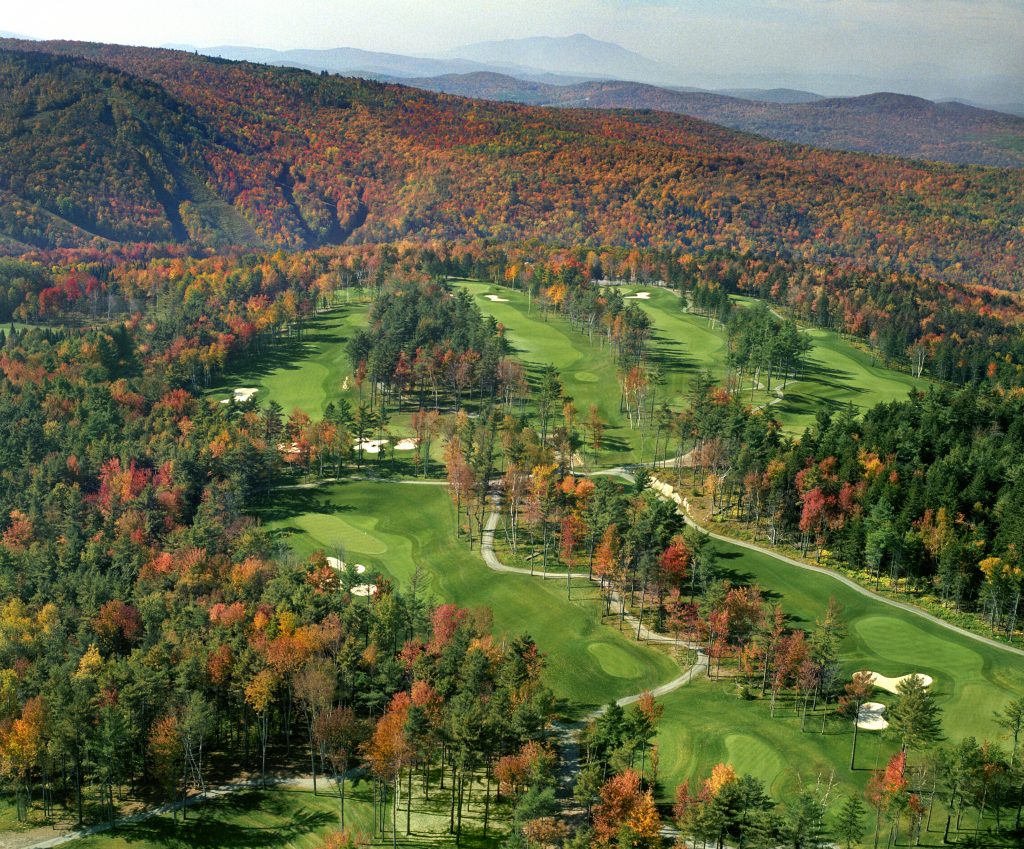 The fantasy for many core golfers is having enough money to create their own golf haven. For Andrew Sigler that dream became reality when the New Hampshire native and Augusta National Golf Club member moved ahead in creating the Montcalm Golf Club in Enfield, NH in 2004. Sigler’s home course — Hanover CC — was experiencing a major upgrading and he saw an opportunity to put into motion his grand plan.

Situated on 380 acres of land , Montcalm is located via a little used exit off I-89. You drive through an entrance way onto a stone covered roadway and make the mile trek — upwards — to the clubhouse. In sum — when you finally arrive you’ve left civilization and can focus squarely on the golf that lies ahead.

Montcalm is not saddled with intrusions such as adjoining housing or other land usages that interfere with the primacy of the golf and Mother Nature.

Sigler’s overriding goal was having quality golf brought to life and to maintain his private domain as his personal Xanadu. The golf course remained a private retreat through 2018 and was re-opened as a daily fee facility with the start of the 2019 season.

Architect George Sargent was called upon to create the 18-hole course and he demonstrated great resolve in dealing with a site that proved to be anything but elementary. One of the most challenging aspects in dealing with extremely hilly sites is creating a functional routing maximizing the attributes of the property — while linking the golf journey in a manner not over reliant on excessive power cart rides between holes. Like a jigsaw puzzle — connecting all the elements in a coherent and practical manner can be anything but simple. What many golfers do not realize is that often for the entire package to work well a number of adjustments and compromises have to be put into motion.

Montcalm is not likely walkable except for the small percentage of die-hard types savoring such physical efforts.

The layout commences with an unusual opener — an uphill par-4 turning right. The drive zone is well protected on both sides and you get introduced to the first of numerous putting surfaces contoured to reward only the best of approaches. 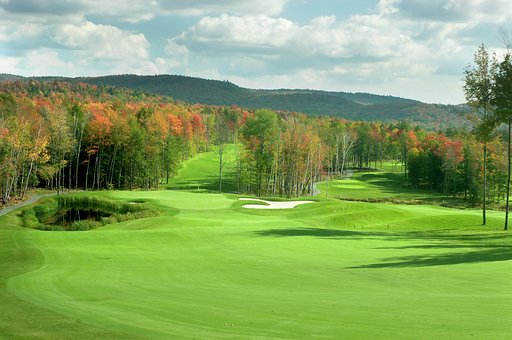 In any routing where there’s plenty of ground movement you often get a mixed bag of holes — some serving as connectors between one part of the property and the other. At Montcalm you have this with the par-3 2nd — a rather vanilla hole. The downhill dog-leg right par-4 3rd seizes one’s attention. The drive must follow the descent of the land and be ever mindful of the deep woods pushing in from the left for any tee shot either pulled or finishing too long and straight. The green sits below and is ably protected — a pond to the left and bunkers flanking both sides.

The par-4 4th that follows is fairly basic but as you get nearer to the green one has to pay particular attention to the movement of the land. This is especially so for players intent on attempting to get near or on the green with their second shot. 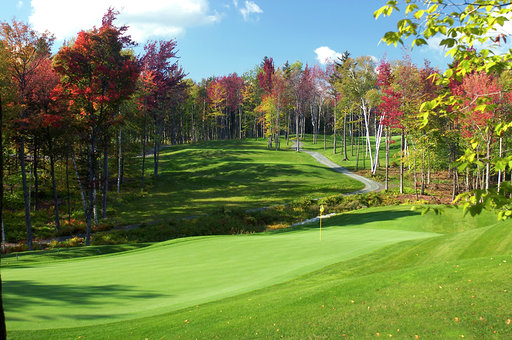 Sigler wanted Sargent to provide some sort of connection to Augusta National and the par-3 5th is a homage to the world renown 12th hole the famed Georgia course. The version at Montcalm is fairly representative as the green runs diagonally to the line of play but includes a daunting hillside to the rear which must be avoided. There is a creek to carry but unlike the 12th at Augusta this one is more scenic than strategic. When the pin is cut to the extreme rear area it takes a first-rate effort to marry the required distance, yet still land softly and remain on the green.

The remaining holes on the outward half feature a longish par-5 at the 6th, followed by three par-4s which move in different directions. 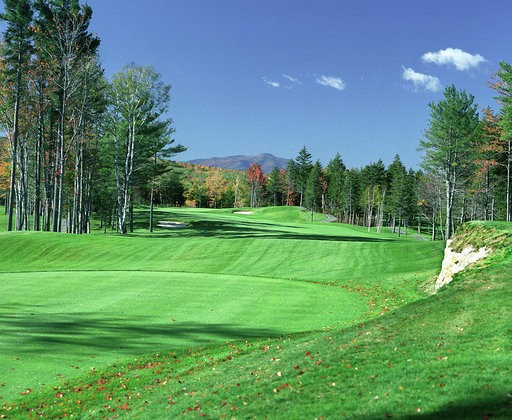 You commence the inward half with another transition hole — the par-4 10th. The hole plunges downhill in a big-time way and Sargent includes a series of “steps” for balls to come to rest. It’s a challenging hole but awkward in its overall appearance as the hands of man clearly show plenty of involvement.

When you arrive at the par-5 11th you don’t see the landing area and that’s part of the hole’s mystique. The tee shot must find the fairway in order to contemplate a go for the green in two shots. Sargent smartly positioned the green on a hillside above a wetlands area that must be carried at some point. Recently, the club added a bit more fairway area closer to the wetlands so players of lesser ability have less of a forced carry to negotiate. For better players the hole would be more of a challenge if played as a par-4 given the nature of today’s equipment.

The short par-4 12th that follows is wonderfully done. Players have to be especially wary of attempting a herculean play from the tee when appropriate positioning off the tee is the more prudent play. When the pin is cut in the far-left corner it takes a deft touch to land a short iron in the area provided.

The par-4 13th is the most demanding of the two-shot holes at Montcalm. The land rises in the drive zone and it behooves players to find the left side of the fairway as this will shorten the distance for the approach. The green is well-defended by two bunkers and the green only rewards those who show great car with their efforts.

The concluding holes at Montcalm are a mixed bag. The par-5 14th follows the same routing outline as the earlier 6th hole. The aspect that saves the hole is the quality green site. This is especially so when the pin is cut in the far rear area. The par-3 15th is a good test but is somewhat over shaped and fails to blend in as naturally as the other holes.

The par-4 16th turns left then uphill and the approach must be skillful in linking the correct club selection and trajectory.

At the par-3 17th you go in a reverse direction from the parallel 2nd hole. At 212 yards the approach is a demanding one — the green protected by frontal bunkers that mask their position as the putting surface is a good bit beyond them. 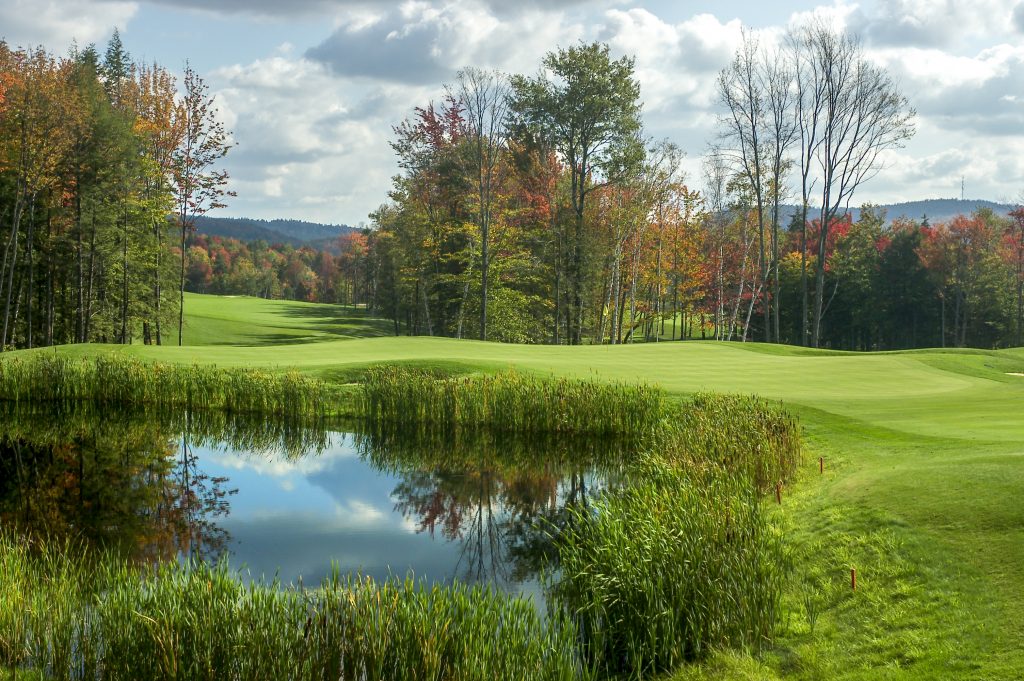 The closing 18th is a letdown — following a comparable script previously encountered at the adjoining 9th hole. Both head westward and something more inventive for the closer would have added greater impact and be memorably more lasting.

As stated earlier, the main attribute at Montcalm is the contours of the various greens. The bent grass surfaces roll true and failure to consistently gauge one’s approach shots will mean an ever-escalating pressure for players to overcome.

The wherewithal to create golf in such a challenging landscape is testament to the skills of Sargent. Not every hole works in superb fashion — inevitably tradeoffs had to occur for the complete 18 holes. However, Montcalm does link together a golf experience that showcases its connection to the great outdoors in a manner only a New Hampshire site can provide.

6- World class — among golf’s global giants
5 – Excellent — among USA’s best courses
4 – Good — among region’s best courses
3 – If in the immediate area — worth checking out but not especially notable
2 – Average layout — both in terms of layout and overall presentation
1 – Few moments of note, one play is quite enough
0 – Avoid at all costs

1) How good is the actual site for the golf created?

2) How well is the course routed so that all physical features of the land are used
for maximum benefit when playing?

3) How well does the course draw out players in demonstrating skill at playing a wide range of shot via both ball movement left and right and via ball trajectory?

4) Conditioning. Is the course sufficiently prepared for daily play so that the inherent design elements are able to shine brightly?

5) How memorable is the course once the round is completed and is there a desire to return at some near future time frame?