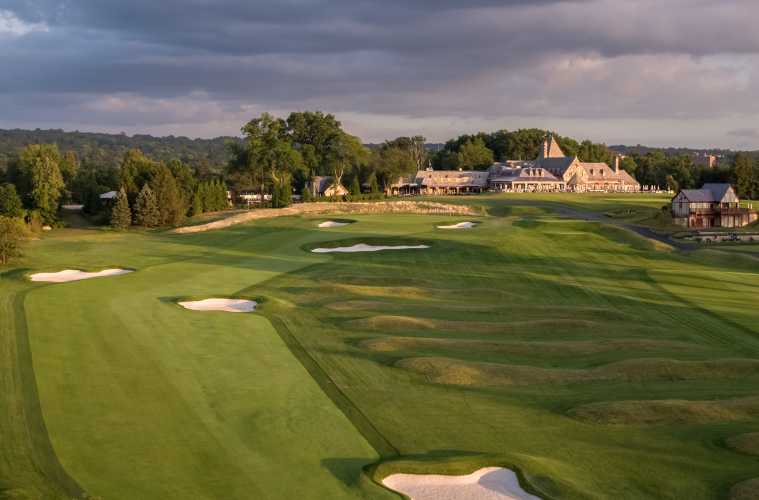 New Jersey is home to some of the most celebrated golf clubs in the USA. Leading the way, renowned giants such as Pine Valley and Baltusrol. Yet, the single most compelling element in Garden State golf is the depth and array of other clubs sporting a rich history and bolstered by engaging architecture.

In recent years, numerous golf clubs and courses throughout America have opted to reinvest in their properties. Original designs, rich in diversity and shotmaking challenges, had lessened over a period of time. Innovative strategies often choked with years of ill-considered tree plantings and original sizes of putting greens and bunkers neutered thereby becoming mundane with far less to offer in terms of original character. 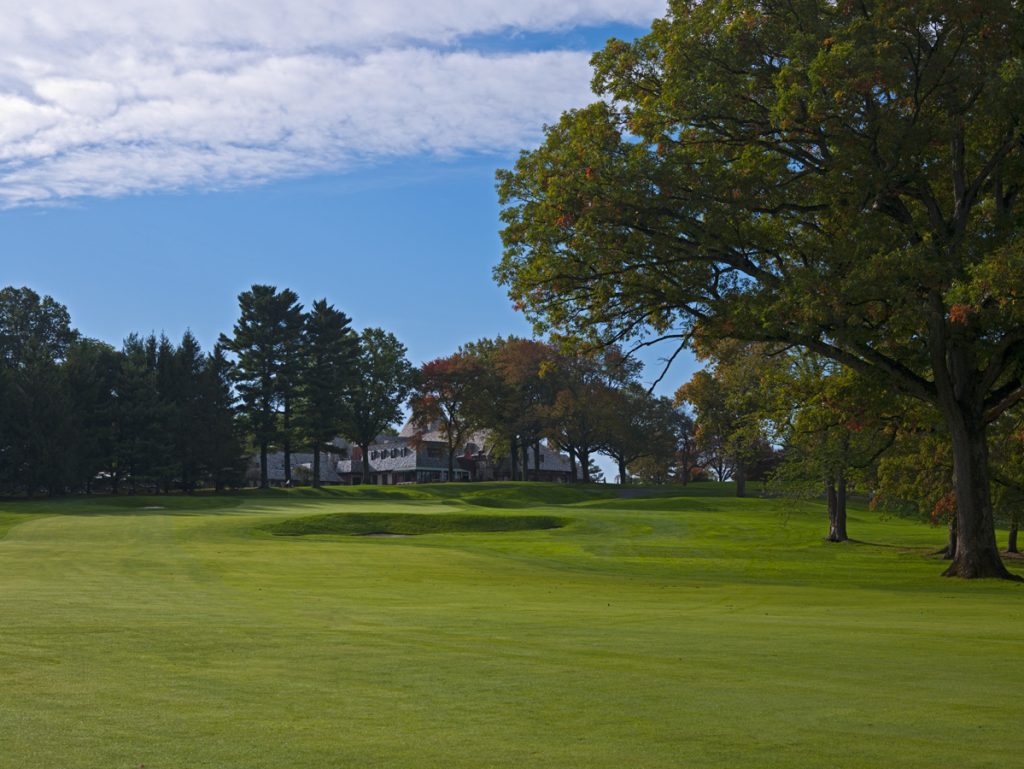 Prior to the updating of the 18th hole — the finisher at Mountain Ridge was significantly impacted by the encroachment of growing tree canopies.

The name Donald Ross is well known to golfers. His presence in the early part of the 20th century was responsible for such outstanding designs as Pinehurst #2, Seminole, Oakland Hills, Oak Hill, to name just a few. Within New Jersey the Ross fingerprints can be seen most notably at Plainfield CC. In recent years, Plainfield was updated by architect Gil Hanse and has been the host site for key PGA Tour events and national championships conducted by the USGA.

Another Garden State Ross layout — Mountain Ridge Country Club — located in West Caldwell — engaged noted Ross expert architect Ron Prichard to wipe away the gathered dust and bring back to its original splendor the number of inherent architectural elements that had become submerged.

Among the most attractive holes updated is the 18th hole. The 432-yard par-4 finisher had always been a stern closing hole but in recent years had become engulfed in trees. Playing angles were essentially limited. The club smartly eliminated approximately 75 trees assisting with both air circulation for turf quality and reinstituting strategic calculations. 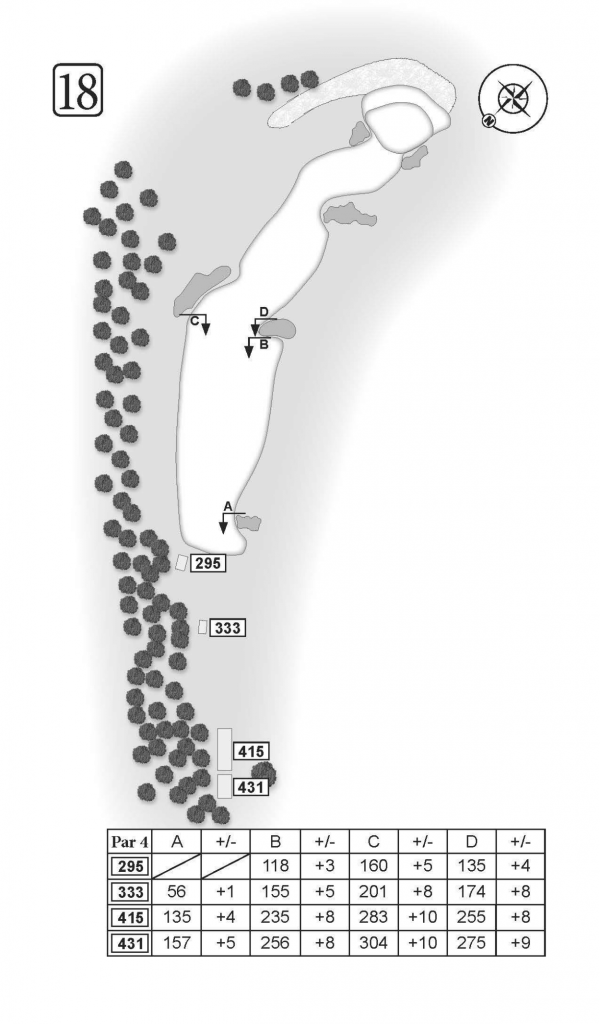 “The reworking of hole 18 had been discussed for quite some time and this was the push to make it happen,” said Len Siter, head golf professional. “It came out spectacular. The tee shot gives you room, but the further left you play, the longer the approach shot.”

The 18th green was renovated in 2016. Prior to that — the club essentially had two-hole locations. Now, the 7,650 square foot target has upwards of 20. Once reaching the putting surface golfers have to pay close attention to the myriad of vexing internal movements. Careless approach shots will encounter a rigorous examination with one’s flatstick. Closely mown areass are located just off the putting surface and can quickly propel approach shots even further away from the intended target — creating a myriad of options for players to consider. 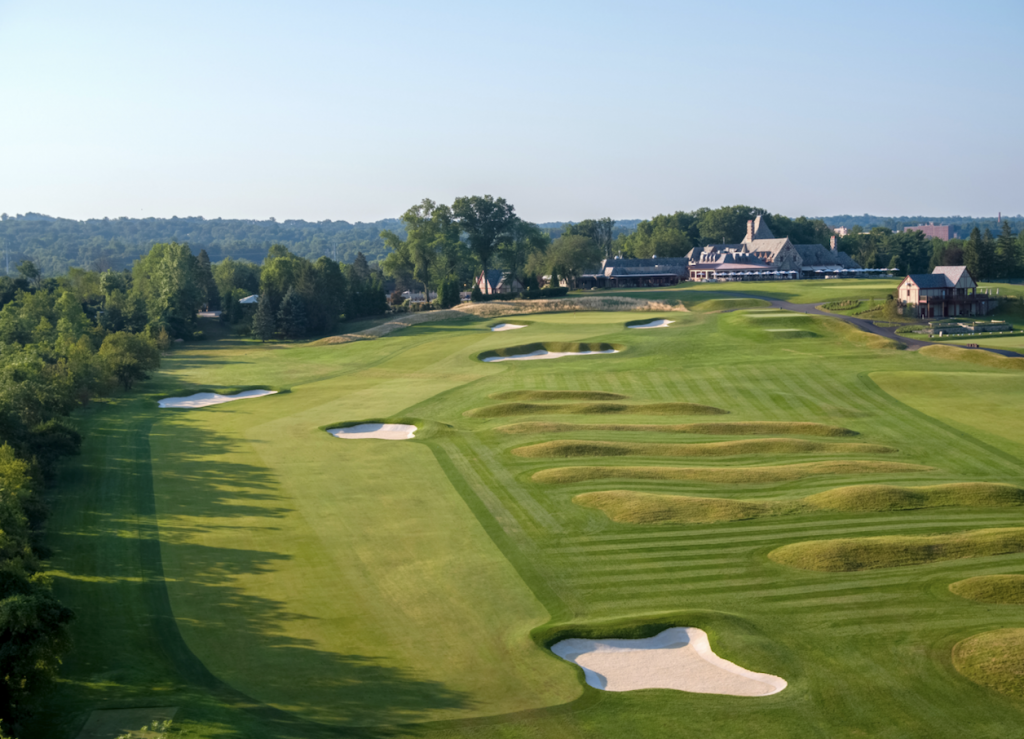 The vistas and strategic elements of the “new” 18th hole provide a fitting climax to the round at Mountain Ridge.

“The green has so many more cupping locations and it is very difficult to read,” said Siter. Ron (Prichard) did an unbelievable job with the green. We took what used to be a difficult hole and made it spectacular looking and still difficult.”

The hole turns right in the drive zone and the approach is played to a m uphill elevated target that will to the effective approach yardage. The Clifford C. Wendehack clubhouse — sits majestically in the rear providing a regal setting in concluding one’s play.

In recent years, Mountain Ridge hosted the 2012 U.S. Senior Amateur and in 2020 the Metropolitan Golf Association’s Open Championship was conducted at the club for the fourth time. In 2021, the club will host the Cognizant Founders Cup, an LPGA event. Mountain Ridge has also been rated by Golf Magazine among the top 100 courses in the country (2020). 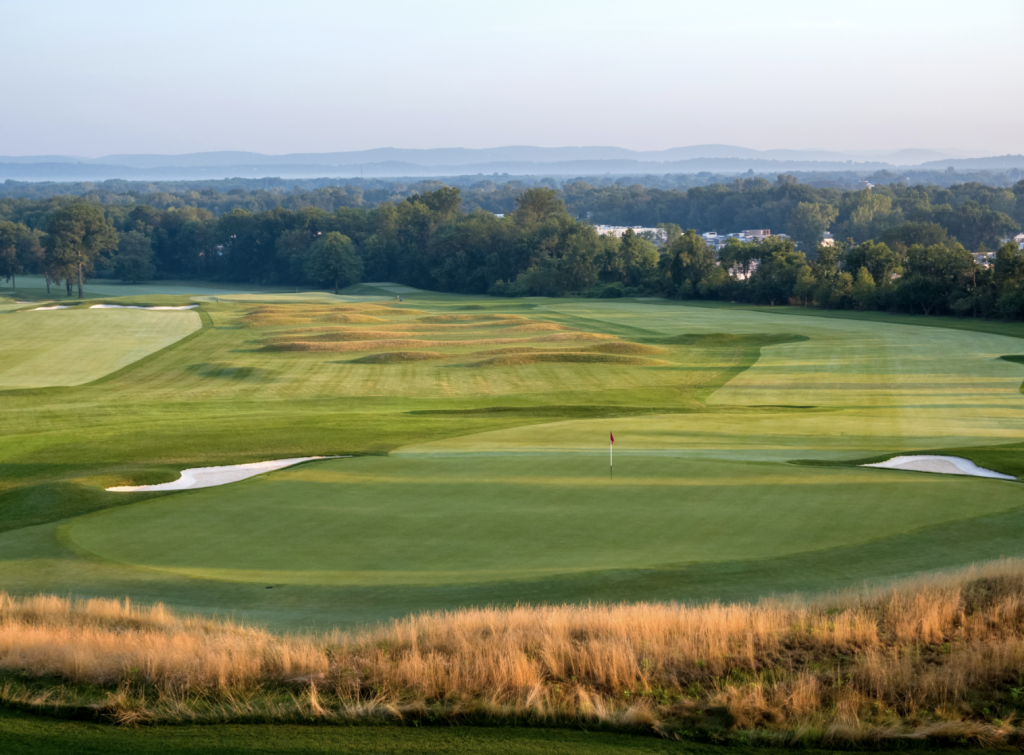 The “new” 18th green has been enlarged and the added square footage now provides numerous positions for the hole to be placed.

“The green structures and putting surfaces are among the finest by Donald Ross,” said Prichard. There are maybe a handful of other courses that have greens which are as beautifully sculpted as the ones here,”

Golfers concluding play at the 18th encounter a fitting climax — a Ross design that now shines ever so brightly.