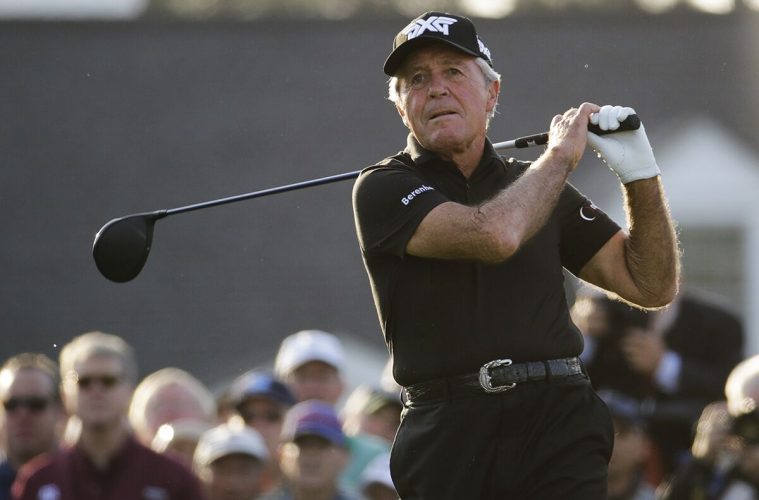 Known as the International Ambassador of Golf, Gary Player won 24 times on the PGA Tour and 19 times on the Champions Tour, including nine majors and nine senior majors. He is one of only five golfers to have achieved the career Grand Slam by winning all four of golf’s majors.

In a career spanning seven decades and with 165 worldwide victories, Player has received numerous awards and accolades. In 1966, he was awarded the Bob Jones Award, the highest honor given by the United States Golf Association in recognition of distinguished sportsmanship in golf. Inducted into the World Golf Hall of Fame in 1974. And in 2000, voted “Sportsman of the 20th Century” in South Africa and, in 2006, received the Payne Stewart Award from the PGA Tour.

In 2012, Player received the PGA Tour Lifetime Achievement Award, becoming the first international golfer to receive this accolade. And in his home country, South African President Thabo Mbeki bestowed the Order of Ikhamanga (in gold) on Player in 2013 for exceptional achievements in sport.

In addition, Player was recently bestowed the Presidential Medal of Freedom, America’s highest civilian award, becoming along with golfer Annika Sorenstam, the first two international athletes to receive the prestigious award, and joining other previous golfers having won the award including Arnold Palmer, Charlie Sifford, Jack Nicklaus and Tiger Woods. 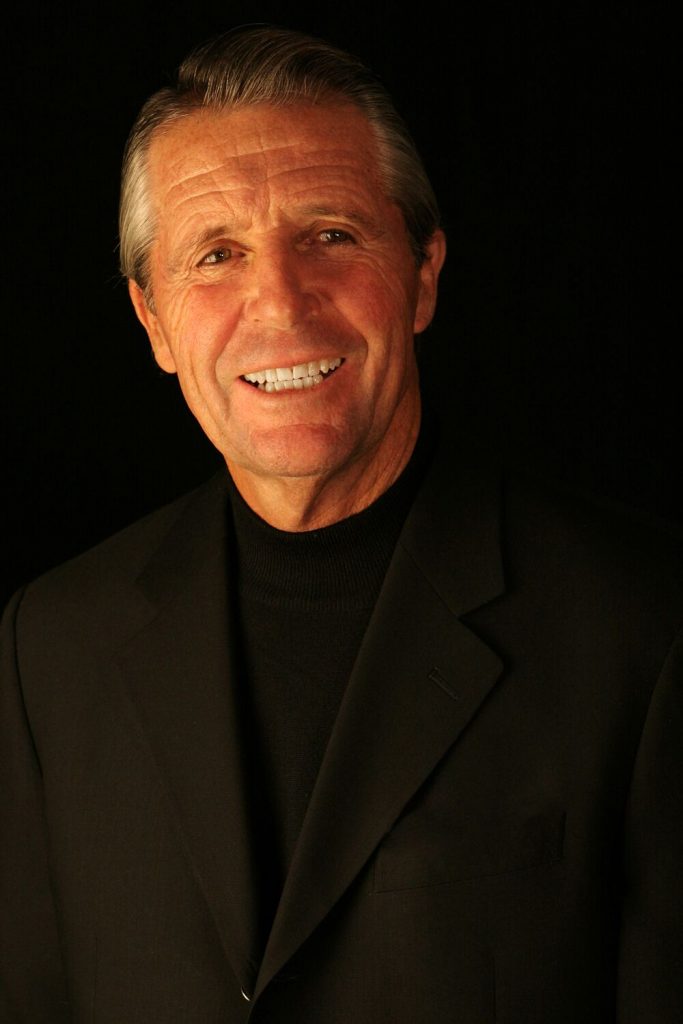 “I am incredibly humbled and grateful to be recognized in this way,” said Player. “For Annika and I to join Jack and Arnie, Charlie Sifford and Tiger Woods as the only golfers to have been awarded this honor is really very special.”

Player went on to say that to be honored, not only for his success as a golfer, but also as a philanthropist who works tirelessly in the United States and around the world to raise funds for children’s education and other causes, is overwhelming. “I have been fortunate to have had much success in golf and to be a worldwide ambassador for the game, but it is my love of fellow humans that has inspired me to keep traveling and doing what I can to unite people and raise funds for those desperately in need.

“While remaining a proud South African, I have always been astonished by the love and support that I have received from the American people. As an international athlete, to receive the highest honor awarded to civilians in the United States is humbling indeed and I will cherish this award from the President.” 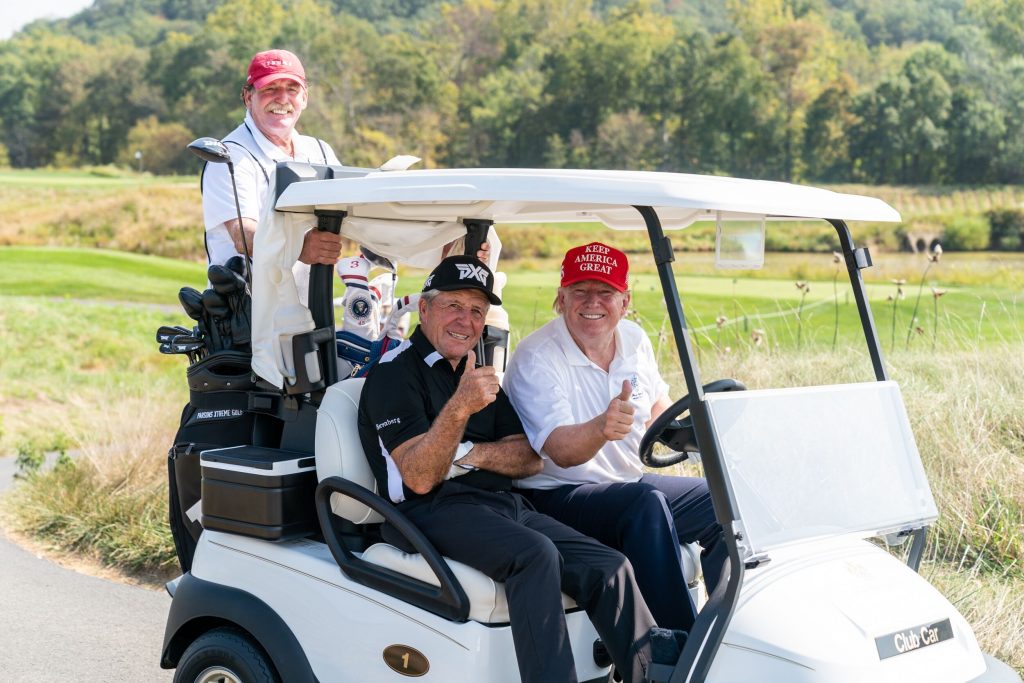 You wake up in the morning — what’s the driving passion at 84 years of age?

Last night thousands of people died around the world. Thank Thee Dear Lord that I a have another day. I love life, I love people and I hope that I can do a good turn today.

Upon receiving the news of your selection as a recipient of the Presidential Medal of Freedom you stated it is the highest honor in your lifetime — can you elaborate on that?

To win 18 majors and 165 tournaments is significant, but pales in importance compared to the efforts that I have made to change people’s lives around the world. Freedom is one of the greatest gifts we have. Millions have died for us to enjoy it and billions have never tasted of its fruits.

Your greatest achievement in golf is what? Is it being one of five men to have won the career Grand Slam or something else?

I am the only man in history to have won 9 majors on the regular tour and 9 on the champions tour. I am eternally grateful for Golf that has given me the opportunity to fulfill my dreams in Philanthropy.

Being three of the fiercest competitors you could find, and a burning determination to beat each other in the right spirit, plus our respected friendship. I miss Arnie but I continue to enjoy my close friendship with Jack.

Golf will once be played in the Olympics this year in Tokyo but there have been some recent announcements — notably Dustin Johnson and quite possibly Tiger Woods opting out from being considered for the event. Can the Olympics make a significant difference in expanding the reach of the sport and do the best players in golf need to lend their support by participating if qualified to do so?

I would never have turned down the opportunity to play in the Olympics and represent my country. The coverage of Golf will reach people who know very little about the game and encourage the sport to flourish. After all it is the largest sporting event in the world.

If you could go back over your playing career and have one mulligan in what event and what specific situation would you most like to have another opportunity to rectify?

At Augusta in 1962 I was 2 shots ahead of Arnie, 3 holes to play. He holed a 65-footer on the 16th and 25-footer on 17th for us to tie the tournament. I would like to have my 12-footer on the 16th hole as a mulligan. If you don’t mind I would like two mulligans! When Billy Casper won the Masters, I had a 6-iron on the last hole to birdie to win, par to tie. I hit a great shot but got buried in the trap 12 feet from the flag and bogeyed the hole.

No long putters for pros because nerves are an integral part of golf. Secondly not to leave the flag in the hole when you are putting because people are tearing the holes to pieces, squeezing their hands in the holes. 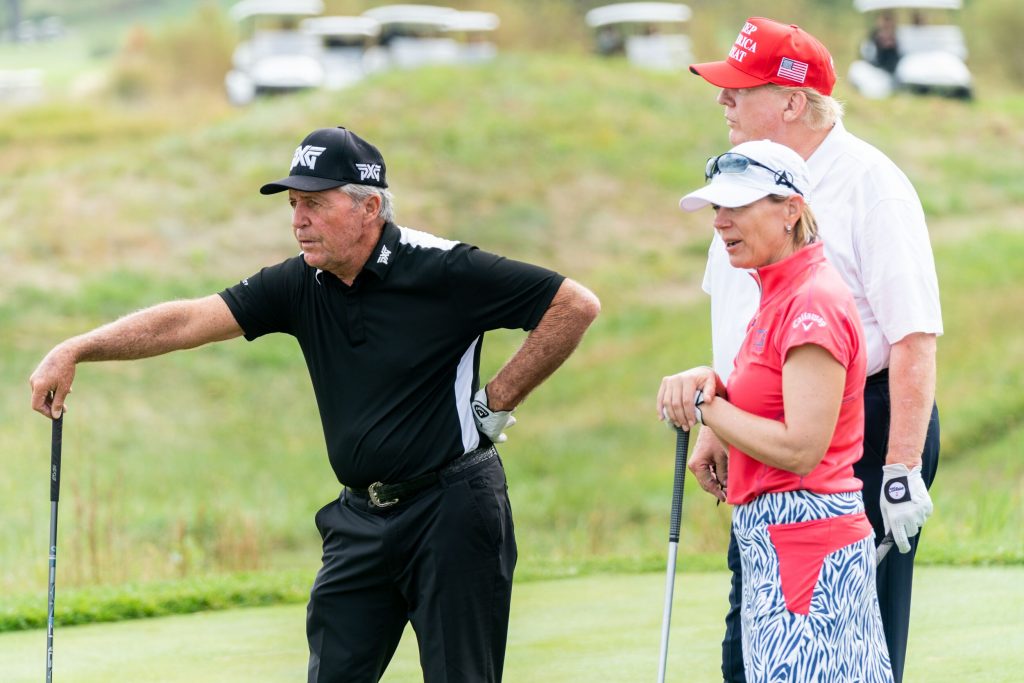 The major golf organizations — USGA, R&A, PGA of America, PGA and European Tours, LPGA — are all seeking ways to attract Millennials, women and minorities to the sport. If you were counseling them what you advise they be doing now?

I think the major golf organizations are all doing a great job.  We all need to continually look for ways to make golf more accessible and affordable. Every young person I meet I tell them that golf is the passport to the world and that they can play it effectively for the rest of their lives.

The most underrated player you competed against was who?

In order of stature — rate the major championships in order?

The British Open, Masters. US Open and PGA are tie, but they are all close!

If you were playing in this era and having the benefit in using today’s equipment would your total number of majors and PGA TOUR wins be the same or even greater?

Definitely more! Hard to hit the ball off-line with today’s equipment. I have broken my age well over 2000 times and with the old equipment I couldn’t have done that. Don’t forget traveling without jets played a large part, plus perfect greens and bunkers that are exactly the same all over the world today.

Tiger Woods was just chosen to be in the next inductees for golf’s Hall of Fame. Is there any non-member who you believe should be included for such an honor?

What’s your take on the proposed Premier Golf League? Does it matter that the bulk of the money is coming from Saudi Arabia?

I think it’s a terrible idea. We owe our loyalty to the PGA’s who have done most of the work to get golf where it is today. Don’t forget the R&A and the USGA. I feel there is a sense of greed brewing among certain players. I was proud of Rory McIlroy’s answer. 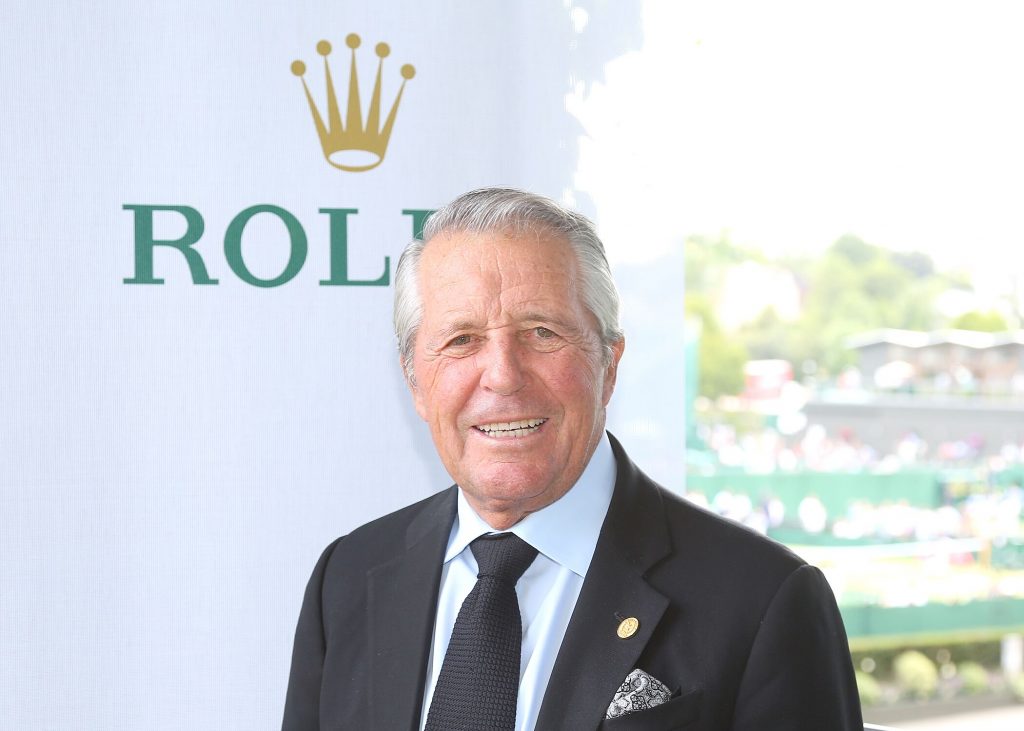 Should the USGA and R&A reduce the distance golf balls travel. Jack Nicklaus has long advocated as much.

I was recommending this before Nicklaus. It is going to make the game obsolete. They are going to drive the first green of Augusta and hit wedges to the par 5s. There are people that can drive the first green now. We can’t make golf courses longer anymore. We are running out of water. Machinery is expensive. Extra labor. Excessive fertilizer. We are making the golf courses virtually unplayable for the members who are the most important part of the game, not the pros. Plus making the courses longer makes the game slower. Merion, a short golf course was a great test in the majors, high rough and firm greens.

Given all the miles you have flown globally — you must have a status with the airlines that’s second to none!

I have loved flying, many airlines have been very kind to me, but  I have a special affinity for Delta.

Parental guidance on honoring your mother and your father, having faith and working hard.

Complete the sentence — Gary Player is –

A man who loves all people, actively contributes to society and leaves the world a better place.