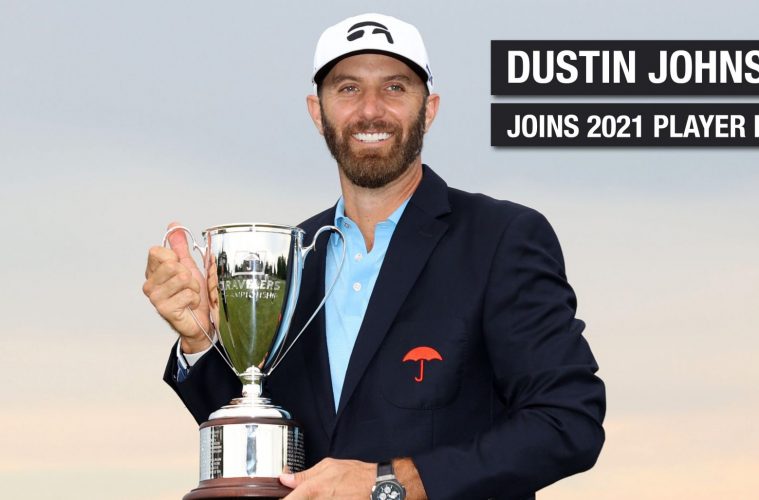 HARTFORD, Conn., Feb. 10, 2021 – The Travelers Championship today announced that defending champion Dustin Johnson has committed to play in the 2021 tournament. Johnson is currently ranked No. 1 in the world and is a 24-time winner on the PGA TOUR, with his most recent TOUR victory coming at the Masters.

“We’re excited to have our reigning champion in the field as we continue to develop plans for what we expect to be another world-class tournament,” said Travelers Championship Tournament Director Nathan Grube. “His victory at TPC River Highlands last year started a record-setting, award-winning run, and we’re thrilled that Dustin will be coming back to Connecticut to defend his title.”

Last year’s Travelers Championship was Johnson’s fourth start at TPC River Highlands, and he was able to hold off Kevin Streelman by one shot after erasing a two-shot deficit at the start of the final round. The victory gave Johnson at least one win in all 13 of his PGA TOUR seasons, the TOUR’s longest active streak. Following the Travelers Championship, Johnson added wins at THE NORTHERN TRUST and the TOUR Championship, a pair of playoff victories that sealed his first FedExCup points title. He then set the 72-hole scoring record at Augusta National to claim his second major championship by winning the Masters in November. Johnson won the European Tour’s Saudi International on Sunday for the second time in three years.

In addition to his on-course achievements, Johnson was named the TOUR’s Player of the Year for the 2019-20 season, the second time he’d been recognized with the honor (2016). He has been selected to play on four U.S. Ryder Cup teams and four U.S. Presidents Cup teams.

“Dustin has been a phenomenal champion for us, and we couldn’t be happier about welcoming him back,” said Andy Bessette, Executive Vice President and Chief Administrative Officer at Travelers. “We’re determined to have another great player field, and knowing that the top-ranked player in the world is coming is a great place to start.”

The Travelers Championship is working closely with state and local officials and the PGA TOUR to explore the potential for having a limited number of spectators at this year’s tournament. The safety of everyone on-site remains the top priority as the tournament and the PGA TOUR determine the best environment for players, caddies, volunteers, sponsors, media and fans. Additional information regarding fans, volunteers and sponsors will be provided when more details are finalized.

The 2021 Travelers Championship will be held June 21–27 at TPC River Highlands in Cromwell, Connecticut. For tournament updates, visit www.TravelersChampionship.com.

About the Travelers Championship
The Travelers Championship, held in Cromwell, Connecticut, is one of the premier events on the PGA TOUR and part of the FedExCup series. The tournament proudly supports the TOUR’s Tradition of Giving Back by donating 100% of net proceeds to charities. Travelers, a leading provider of property and casualty insurance for auto, home and business, is the Official Property Casualty Insurance Provider of the PGA TOUR. The company became the tournament’s title sponsor in 2007. Travelers has been doing business in the Hartford community for more than 160 years and has been a corporate sponsor of this event each year since its inception in 1952. Complete details are available at www.TravelersChampionship.com.