The first-of-its-kind award will be given to two players  ― one each from the U.S. and European Ryder Cup teams ― who best embody the spirit of the event: seeing the bigger picture and making decisions critical to sportsmanship, teamwork and performance at the Ryder Cup.

The recipients of the inaugural award will be selected by a committee consisting of Jack Nicklaus, Tony Jacklin, other past European and U.S. Ryder Cup Captains, PGA of America President Jim Richerson, PGA of Great Britain and Ireland Chairman Alan White, representatives from Sky and NBC Sports and Carlo Clavarino, Executive Chairman, International Business, Aon. 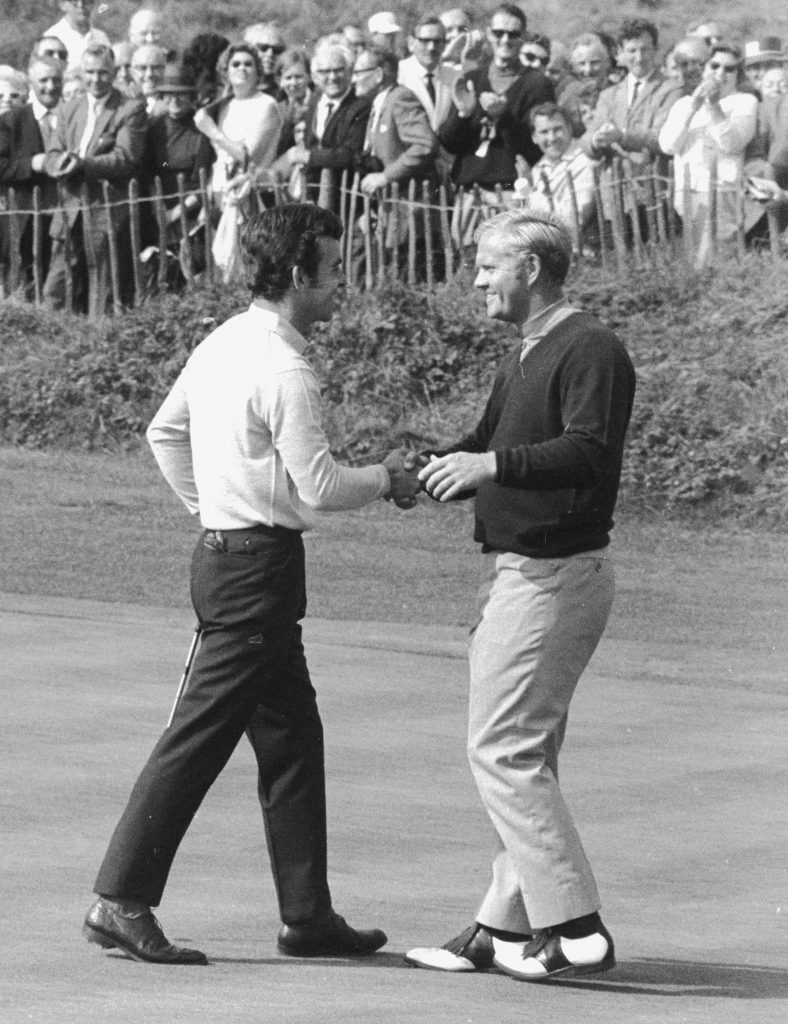 The Ryder Cup has a history of rivalry, excitement and passion, but is also the essence of true sportsmanship. Named after the famous 1969 concession by Jack Nicklaus, which saw him give Tony Jacklin a 2-foot putt for a halved match that resulted in the first tie in Ryder Cup history, this new award commemorates sportsmanship, teamwork and the type of sound, strategic decision-making that attracts people to the game.

“Since its inception, the Ryder Cup was imagined as a spirited but friendly competition amongst allies. At its core, this remarkable tradition is based on the fundamental pillars of sportsmanship, teamwork and performance,” said Seth Waugh, PGA of America, CEO. “We want to recognize and celebrate that key foundational tenet and so in collaboration with Aon, created an award to honor Jack Nicklaus and Tony Jacklin’s historic act from 1969 that exemplified those honorable traits and set the stage for the future of the Ryder Cup.”

“The players are the beating heart of the Ryder Cup,” said European Ryder Cup Director Guy Kinnings. “Once every two years, these individual giants of our sport come together as a team and have to make decisions under the utmost scrutiny that not only affects themselves, but also their team-mates, their fans and their continent.

“Decision-making under such intense pressure is a crucial part of any Ryder Cup. It is fitting, therefore, that this new award, presented by Aon, not only recognizes the decisions that ultimately characterize success, but also the sportsmanship which has defined many of them over history and will continue to do so.”

“Inspired by the events at the 1969 competition, this new award embodies values we aspire to at Aon, and also celebrates the decisions that will continue to shape the future of this iconic team event,” said Carlo Clavarino, Executive Chairman, International Business, Aon. “In golf – as in business – the decisions that really make an impact aren’t always obvious. Every day, we work to ensure our clients have the information, insights and advice they need to make better decisions that deliver successful outcomes.”

“The excitement and energy surrounding the Ryder Cup always tests your poise, composure and decision-making, and when it matters most,” said Jack Nicklaus, record 18-time major champion, 2-time U.S. Ryder Cup Team Captain and 6-time U.S. Ryder Cup Team Member. “The challenge is that every decision is magnified to its fullest because we’re not playing for just ourselves, but we’re playing for our country, teammates, captains, and fans. I’m glad to see that everyone involved in the Ryder Cup is identifying the importance of the choices these players make in the heat of competition and on one of golf’s biggest stages, and that they are recognizing and celebrating individuals who approach this competition with the proper spirit and who put an emphasis on good will and camaraderie.”

“There’s always a decision that defines you in the Ryder Cup and to have an award that also highlights that decision is innovative for the game of golf and the Ryder Cup,” said Tony Jacklin, Major Champion four-time European Ryder Cup Team Captain and seven-time European Ryder Cup Team Member. “When I look back on my career, to be a part of Ryder Cups, the team atmosphere, and the importance of the decisions that followed – to giving players the opportunity to win an award based on that decision carries a lot of weight and will be a key accomplishment in their career.”

To support the award and create momentum leading up to the event, the Ryder Cup and Aon will launch two digital content series, one focused on providing key course insights that will inform players’ decision-making at Whistling Straits, and another that will showcase the most unforgettable, defining decisions of the Ryder Cup to date.