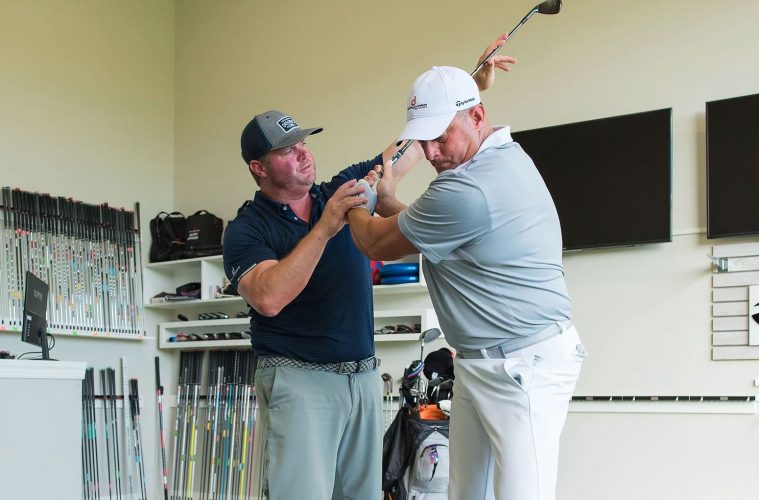 MURRELLS INLET, S.C. — Allen Terrell, Director of Instruction at the Dustin Johnson Golf School, has been named one of “GOLF’s Top 100 Teachers in America.”

Since its inception in 1991, GOLF’s Top 100 Teachers in America franchise has established itself as the industry standard for recognizing excellence in coaching, and Terrell, who has worked with Dustin Johnson for 16 years, is a natural addition to the list.

Terrell, who helped Johnson develop from an under-recruited college player into the world’s best golfer, helps students at all levels of the game hone their skills. From the thriving kids program he launched at the Dustin Johnson Golf School to competitive juniors and professional golfers, Terrell’s approach to instruction has helped countless players improve their game.

At the heart of his coaching philosophy is teaching players to own their swing. While he absolutely embraces the role of technology in instruction, Terrell’s approach isn’t a cookie-cutter one.

His goal is to educate players and help them become self-sufficient on the course, and Terrell’s students are graduating to bigger and better things.

“It’s an incredible honor to be ranked among America’s Top 100 Teachers by GOLF,” Terrell said. “Our goal at the Dustin Johnson Golf School is to create a plan to help each individual golfer maximize his or her potential and it’s humbling to see that work recognized by one of the game’s most respected voices.” 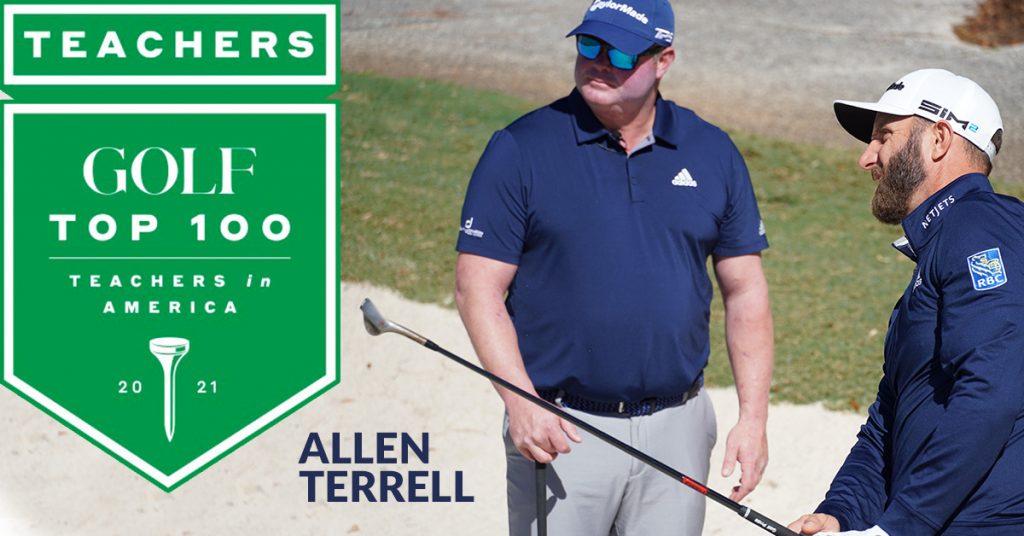 Terrell was one of just 12 teachers this year added to the illustrious club that recognizes golf’s very best teachers.

Regarded as one of the game’s top instructors, Terrell also was recently named the 2020 Carolinas PGA Teacher of the Year and has been regularly recognized by Golf Digest as Best in State.

Along with being the coach of Johnson – the winningest player on the PGA TOUR since 2008 – Terrell is the Director of Coaching at the Dustin Johnson Golf School in Murrells Inlet, South Carolina. Since opening the Dustin Johnson Golf School, Terrell has overseen the growth of the facility into one of the nation’s premier teaching facilities that features one of the fastest-growing junior programs in the southeast.

Terrell has been instrumental in the development of the Dustin Johnson World Junior Golf Championship – a top junior golf tournament in the world that boasts one of the strongest fields in the nation year-after-year.

In addition, Terrell has worked with numerous professionals, aspiring professionals, amateurs and juniors helping develop their games. Most recently, one of Terrell’s students, U.S. Air Force Veteran Kyle Westmorland qualified and made the cut at the U.S. Open.

GOLF’s biennial list is selected by the Top 100 Teachers Credentials Committee and is the only national golf instructor search that combines outside academic and PGA peer review.

Candidates are screened against a set of criteria evaluating their teaching experience and accomplishments, student portfolio and peer ratings, along with their overall commitment to the growth of the game, both through volunteerism and their ability to use digital platforms.