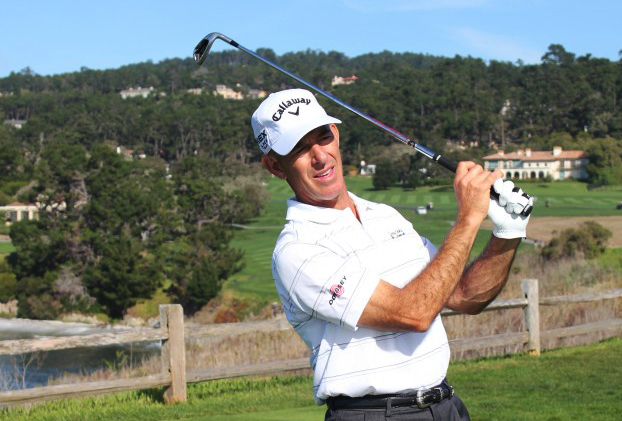 A decorated three-time All American at the University of Georgia, Chip Beck played the PGA TOUR from 1979 through 2000 and then the Champions Tour for 10 years. He played on three Ryder Cup teams (securing 6.5 points for the U.S. team), recorded three runner-up finishes in majors, once at The Masters and twice the U.S. Open. Beck stood in the winner’s circle at the Los Angeles Open and USF&G Class in 1988, the 1990 Buick Open and the 1992 Freeport-McMoRan Classic. In three of his four PGA TOUR victories, Beck outdueled major winners like Lanny Wadkins, Hale Irwin, Greg Norman and Fuzzy Zoeller and won his first two professional tournaments in 1988 by a combined 11 strokes.

At the 1991 Las Vegas Invitational, Beck became only the second player (at the time) to record a sub-60 round, firing a blistering 59 on the strength of 13 birdies. Beck helped establish the Chip Beck Scholarship in 1992 with the $1 million bonus paid by Hilton Hotels after he shot the 59. Dozens of students have earned the scholarships, which are based on academics, extracurricular activities, caddying and interest in golf. The Chip Beck/PGA Evans Scholarship was established in 1994 in cooperation with the PGA of America and has also benefited dozens of deserving college-bound juniors nationwide. 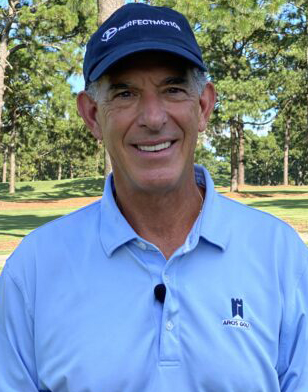 How and why did you get involved with PerfectMotion?

I had been working with on my own game with Dr. Jim Suttie for 20 years. Doc is a genius and changed golf instruction in America to focus on matching elements and body types. Based on Doc’s mentorship, I had been trying to find a way to get into instruction and fortunately PerfectMotion opened the door through a friend of mine and fellow coach, Tim Tierney.

Prior to your involvement with Perfect Motion how much actual teaching were you doing?

I’ve been doing clinics and outings for years, but had not established a base of students to teach on a regular basis. PerfectMotion is the ideal way to grow my teaching business.

How impactful can teaching be via remote / online teaching versus the traditional face-to-face interactions?

Until I started working with PerfectMotion, I was not a fan of remote teaching. FaceTiming is problematic and student-generated videos are very limited and so time-consuming. It was hard to focus the student and prioritize the key issue. It was a lot of time spent for very little value. But PerfectMotion changed my mind almost immediately and I now feel it is really the way of the future for golf instruction.

PerfectMotion is simple to use, only requires a phone, can be used with or without a ball, and can be used anywhere. But what really sets PerfectMotion apart is it’s continuous expert feedback. With PerfectMotion, it’s as though I’m with my student on every swing, providing feedback and instruction. Only PerfectMotion has this trial-and-error loop of “Swing, learn, adjust” – it’s the way we learn.

So, the app engages my students immediately because of the value. They use it, hopefully daily since it’s so convenient. And now I have all the data I need to understand what their issues are and how to fix them. One issue at a time. And, then there’s the option to conduct a remote lesson from anywhere in which both the student and I see the same detailed analysis of a swing in real time. 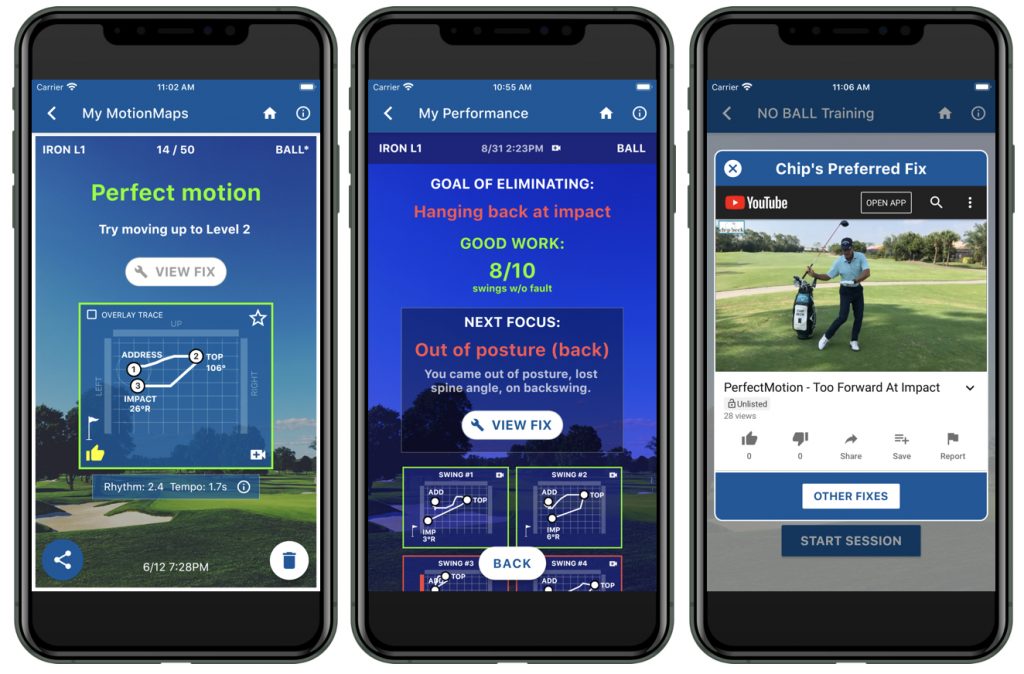 Outline the general process you follow via remote coaching. Is it one size fits all?

One of the great things about the app is that it is personalized to the student, so it is the opposite of “one size fits all”. Every student starts off by filling out a simple questionnaire about goals and then takes swings with a driver, an iron and a wedge and then some chips and putts. I encourage them to turn on the video snapshots so that I can also see images of their swings.

PerfectMotion generates a MotionMap™, a trace of the body motion of the student, on each swing. I can look at these maps and instantly understand the student’s key issue for each club. Then we get to work eliminating the problem and improving results.

How much actual “face time” do you have each student you work with?

I know this is hard to believe, but coaching through the app really doesn’t require face time. The app creates a real connection and a personal relationship with my students – it’s the way people communicate in this day and age.

The student uses the app, I see results, I customize the app to the student and then I email them the weekly plan and additional drills — sometimes with video snippets. Sometimes we have a back and forth over email/text, but this system really doesn’t require it. The goal is speeding improvement and, so far, we are getting results.

From the standpoint of students you’re engaged with now – what is the general profile in terms of gender, handicap level and amount of golf they are playing?

I’m working with a variety of students, young and old, men and women, high and low handicappers. They are all comfortable with the app and the process. The thing they all have in common is a passion for improving their games.

How is customer feedback incorporated in future efforts?

One of the things I like most about the PerfectMotion company is their dedication to support and focus on a great customer experience. The team is incredibly responsive to questions and very open to all feedback. They are real listeners – I think that is why the app has continued to improve so much over the 8 months I’ve been working with them. They take the same attitude with the instructors they work with. It’s a real partnership in every way, a real community.

The company and its approach to developing the app is all data driven. The PerfectMotion app is always making discoveries because of the depth of information the app captures on each swing and also thanks, in part, to the insights and feedback of the users.

On a personal level — if you could change one thing in golf unilaterally what would it be and why?

Get rid of the spring effect in the face with the driver and the irons. I think it favors distance over a skilled, more complete player.

The various major golf organizations — USGA, PGA of America, R&A, PGA TOUR, LPGA – are all seeking ways to attract new players to the sport via Millennials, women and minorities. If you were counseling them — what would you advise they be doing?

One way to help is to make golf more fun by gamifying some aspect of it. Topgolf and Richard Franklin Golf are two examples, each with different approaches and benefits.

You have been involved with golf for quite some time — what’s the best advice you received — what was it and who was it from?

Tony Evans, my mentor, used to say “Go out and play with your friends.” Golf is a social game so enjoy the experience. Don’t pass judgement on yourself at any level.