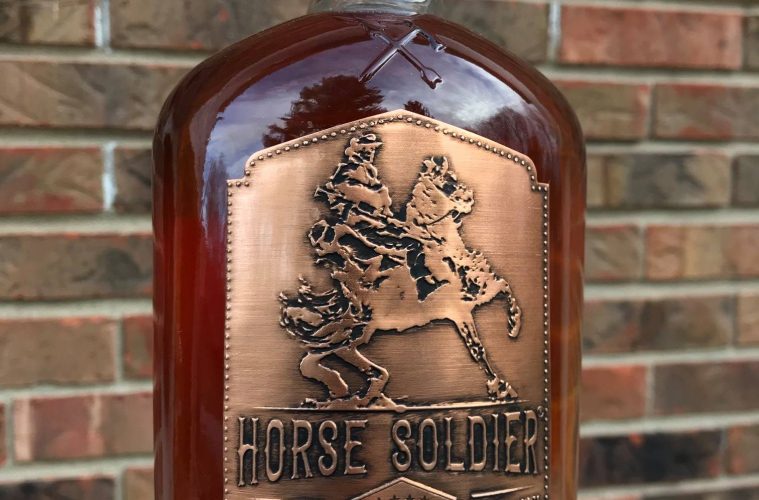 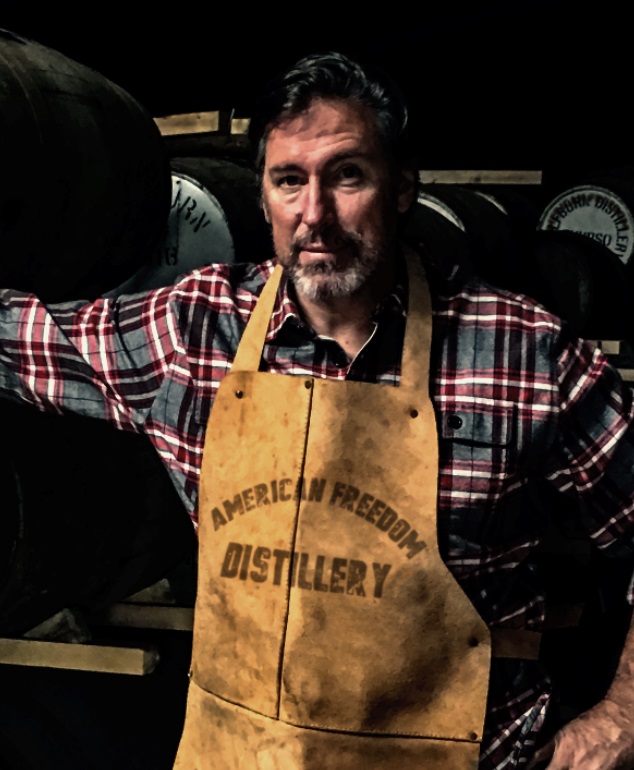 Following military service, it was hard transitioning to a normal job. As my first vacation back to the states after ten years, we took a trip to Yellowstone. We went fly fishing and mountain climbing, but it was the horseback riding across the thoroughfare where we all decided we wanted to start something together. We threw around ideas and then settled on a distillery. To celebrate, we went to the Grand Tetons Distillery and were fascinated by the art and science of the whole thing. On our way back we started visiting other distilleries, compared tasting notes and brainstorming how all our skills could be used together to create this vision of ours.

We then started traveling from country to country to learn all about the craft spirits. I took classes at Whiskey University in Edinburgh, the capital of scotch whiskey, followed by tours and tastings to get a better understanding of the brand. We spent about a week in Wolfburn, where we had our first taste of the production side of whiskey. Our final trips were to Ireland to learn the difference between Scotch and Irish Whiskey, before heading back to Tampa to officially begin the launch of American Freedom Distillery.

Our passion is to create truly unique flavors in our craft spirits—the kinds of spirits we want to drink. And, to do it all surrounded by our friends and family.

You served as a member of Special Forces in the military for 25 years – what made you decide to start up the effort at American Freedom Distillery (AFD)?

For former members of Special Forces there are little opportunities other than government contracting, so we wanted to break the mold and go in a different direction. Making spirits is both art and science mixed with time and patience, and these are traits we already had.

How did the sponsorship relationship between AFD and the Valspar PGA Tour event happen?

Members of the Copperhead committee reached out and asked if we would be interested in hosting an event for the title sponsors called Whiskey and War Stories, where we tell our past efforts in Afghanistan and then finish with a tasting of our bourbons. They eventually asked if we wanted to be the official bourbon sponsor for the Valspar Championship, we were honored and agreed.

In what ways does the golf sponsorship add to the visibility and overall branding of the company?

It takes time, skill and patience to master the links of the Copperhead Course and hone the perfect game. Just like it takes time, skill and patience to develop the uncompromising and complex flavors in every sip of Horse Soldier® Bourbon. The PGA Tour is such a powerful brand and attracts the kind of customers that drink premium bourbon. The Tour has also been a long-time military supporter with the Birdies for the Brave program, a global military outreach initiative dedicated to honoring and expressing gratitude to the men and women of U.S. Armed Forces and their families.

A number of top players will not be playing in the event because of a compressed PGA Tour schedule — will that have any significant impact on the event and the activities you’ll be involved with?

We were involved last year when Tiger decided to play and instantly, they sold 60,000 tickets. Since we have a bigger presence at the tournament this year, we are hoping for a great turnout with more people stopping by the Horse Solider Lounge tent to learn about our brand and enjoy the complex flavors of our bourbons.

You’re also involved in providing a pathway for veterans looking to create their own businesses. How successful have those efforts been to date?

We travel the country quite a bit talking to large crowds of civilian leaders and business owners about the value of hiring veterans in their business. We also discuss how becoming entrepreneurs in the best thing that has ever happened to us.

You also have an outreach effort — in which former President George W. Bush is involved — to build awareness and involvement via outdoor sports. Is golf a part of that effort and in what specific initiatives are you spearheading?

President Bush has always been a major supporter of veterans, their recovery and transition. His program at the Bush Center’s Military Service Initiative and Team 43 is a collection of veterans that share his passion for golf and for mountain biking. Every year the President invites small number of vets to play golf with him or ride mountain bikes at his ranch.

I was also painted by President Bush for his book Portraits of courage.

Have golf balls come with a homing beacon, because I’m always lost in the woods just like I was as a young private.

The major golf organizations in golf — USGA, R&A, PGA of America, PGA Tour, LPGA — are all seeking ways to attract Millennials, women and minorities to the sport. If you were advising them – what would you recommend be done?

Golf is a game of mastering oneself. It requires discipline, finesse, skill and a love to compete. Making it more affordable, educating more people about the game and hosting more lessons to open the discovery of how enjoyable and challenging golf is will attract all those groups of people.

In addition to those ideas, I believe veterans can benefit the most from golf because it requires focus and a is a great outdoor exercise that keeps one flexible and mobile. How do we get great golfers in the local community to reach out to veterans and invite them as guest, mentor them on the course, and grow their network?

Miss small! My old drill sergeant who taught us to measure and be accurate and just apply the fundamentals and you will hit your target every time.