80 million golfers on the planet, among which about 30% are women. They do represent the fastest-growing segment in an industry that is mostly looking to rebound. Despite the barriers, their golfing romance dates back to the end of the 19th century. Funny enough, their resilience and passion for the game make them today essential.

Avant-gardist and fervent practitioner of the game, Mary Stuart (1542-1587), Queen of Scots, was accused of playing at Musselburgh in 1567, just after her husband, Lord Darnley… passed away! However at that time, like men professionals, women were denied access to the clubs in the British Isles and only in 1867 was the “Ladies Putting Green of St Andrews” in Scotland created. It is the “Himalayas” putting green, located by the club-house, built to “entertain” them while men were striding down the fairways… A few years later, in 1893, the first association of lady golfers of Great Britain and Ireland was created, the LGU (Ladies Golf Union). In the United States, Shinnecock Hills in New Jersey, site of last year men’s US Open, was one of the five founding clubs of the USGA*1, which from its inception, opened its doors to women. As for Morris County Club, it was the first club in 1894 dedicated entirely to ladies. 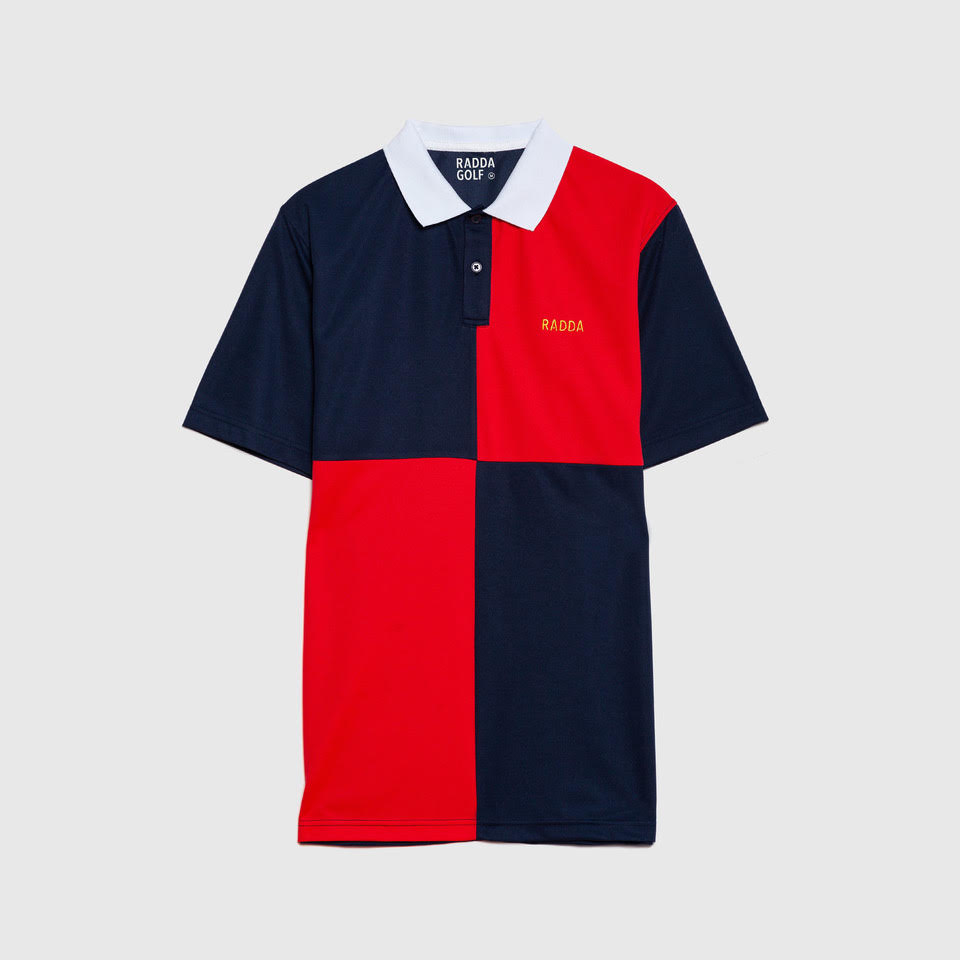 The “Himalayas” putting green located by the club-house of St Andrews.

This decision led two years later, the Royal and Ancient of St Andrews (R&A) to follow in the footsteps of Augusta and to admit seven illustrious women: the English, Princess Anne (daughter of Queen Elisabeth II) and Dame Laura Davies (85 victories among which 4 Majors), the Scot, Belle Robertson (British amateur Champion in 1981), the Americans, Renee Powell (second Afro-American to compete on the LPGA*2) and Louis Suggs (1923-2015, one of the founding members of the LPGA), the Swede Annika Sörenstam (90 victories among which 10 Majors) and the unforgettable French champion Lally Segard (1921-2018, President of the Women’s Committee of the World Amateur Golf  Council from 1964 until 1994).

From then on, Open rota members, Muirfield and Royal Troon were forced to comply two years after. The following year, in 2017, the LGU merged with the R&A in order to join forces. With such “momentum”, the Olympic Committee urged Kasumigaseki golf club in Japan to follow in the footsteps of its Scottish counterparts in order to be worthy of hosting the 2020 Olympics.

In the governing bodies, Diana Murphy became President of the USGA from 2016 till 2018, twenty years after the famous Judy Bell. As for Europe, Lally Segard while in the Chair of the Women’s Committee of the World Amateur Golf Council, she founded the first women’s world championship in 1964, which France won under her captaincy with Catherine Lacoste, Claudine Cros and Brigitte Varangot. Iconic Presidents such as the Spaniard Emma Villacieros de Garcia Ogara or Marion Tannhauser for the European Golf Association pathed the way to key roles among international federations to the extent that today women represent 26% of international federations executives. In the professional ranks, the American Suzy Whaley became the first woman President of PGA of America back in November.

Without a doubt, women are now present among all areas of the sport; from managing directors, to teaching professionals, to TV commentators and even architects. Alice Dye, who just passed away and was not only a champion golfer but also the spouse of Pete Dye, was credited for the island green on the 17th at TPC Sawgrass in Florida, which will host the “Fifth Major” next month. Upon the release of his Little Red Book in 2017, fellow countryman and architect, Tom Doak claimed that “Pete was lucky to have Alice on his side to implement his choices and never go overboard.”

The famous 17th hole of TPC Sawgrass; an idea of Alice Dye.

In terms of the game itself, women like men have improved drastically over time: technically, physically and mentally. Now true athletes, they come out at a very young age like Lucy Li who qualified for the 2014 US Open while 11 years old. Of course with much less muscular strength, they cannot generate as much club speed and therefore as much distance and backspin as the men. The stats that emerged from the 2014 US Open in Pinehurst in North Carolina were compelling. On the same layout but with 1,074 yards of added length, men scored 2,5 strokes less on an average, hit more greens in regulation, making more birdies and eagles (Golfchannel.com, 20th of June 2014). Let’s face it, women will never play the same game as the men and that is not the point! If outstanding champions such as Annika Sörenstam decided to play Colonial in Forth Worth back in 2003, 58 years after Babe Zaharias during the Los Angeles Open, they did it with only one idea in mind, to challenge themselves and to keep pushing the limit. Never mind Fijian Vijay Singh who thought that “she was taking a spot on the field” (ESPN.com, 14th of May 2003). Annika declared then: “I only want to test myself under extreme conditions in order to keep my motivation intact” (CNN, Living Golf, 9th of October 2017). This ongoing desire to keep defying oneself is inherent to the best. Many champions such as Czech tennis player Ivan Lendl, the greatest basketball player of all times, Michael Jordan or more recently, former Dallas Cowboys quarterback, Tony Romo, all tried to brave the old and ancient game.

Of course, there is still room for improvement in the women’s professional and amateur ranks. A major disparity remains between the moribund Ladies European Tour (18 tournaments and 12 million euros of purse money) and the dynamic LPGA, led by successful Michael Whan for the past nine years (33 events, broadcast in 165 countries with a purse reaching over US$70 million). The US$5 million for the finale of the CME on the LPGA is a step forward, like the Vic Open in Australia last week where men and women contended in the same tournament for an identical purse. 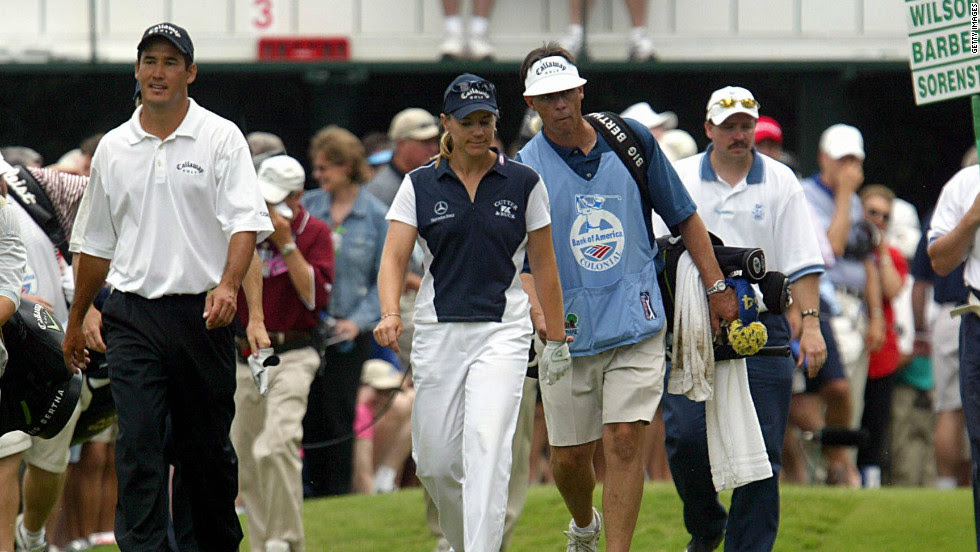 Annika Sörenstam challenging herself during the 2003 Colonial tournament.

As for amateurs, they usually need to be integrated to a group in order to trust their capacity (Forbes, 23rd of May 2018). However, when they pick up golf, they bring the whole family along. Many initiatives took shape over the years such as the “18 birdies”, the LPGA marketing platform aimed at connecting women. The “Girls Golf” co-founded by the LPGA and the USGA encourage girls to pick up the sport. Annika Sörenstam and Nancy Lopez are ambassadors of the “Women’s Golf Days” that are conducted in 52 countries ever since 2016. Nevertheless, the AN Amateur Women’s Championship next April in Augusta National should have the biggest impact. 54 holes with a restricted amateur field of 72 players with the practice round and last day played on this legendary layout, and televised on NBC Sports for a far-reaching significance. Fred Ridley, the current President of AN promoted the idea that: “for us to have the greatest impact on women’s golf we needed to be committed to do it here at Augusta National.” He even went further as to state: “By providing this opportunity and shining a brighter light on this important segment of the sport, we expect role models to emerge who will help inspire a new generation of golfers.” (Golf Digest, 12th September 2018).

One more time, Augusta National is in the front row with a unique vision. Still major steps will be needed as well such as actions towards the amateur game spread all over the world, equal purse money to the men’s as such is the case in tennis ever since 1973! Additional mixed tournaments to showcase the quality of the women’s game but also a true charismatic world number one that would drag young girls from every continent. The 24 year-old American, Lexi Thompson, could assume such a role by reaching her true potential. Needless to say, charm, elegance and openness are just part of women, they should thrive on them. Carry on Ladies!