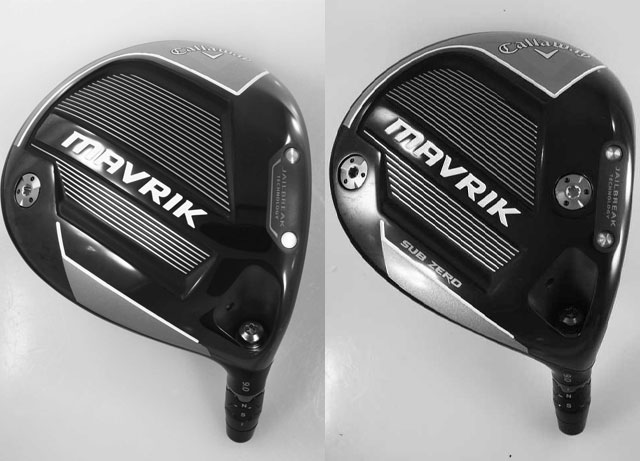 As we get closer to 2020 manufacturers are upping the pace of club introductions with an eye out to the PGA Merchandise Show in late January and Callaway Golf has received the blessing of the USGA for two as yet publicly unannounced driver models the Mavrik and Mavrik Sub Zero.

Manfacturers don’t typically make the formal announcement of new driver models as soon as the USGA testing for compliance with the characteristic time rules and other standards and Callaway often makes major introductions in January.

Concerning the Mavrik there is not much to go on except the images released by the USGA, but we may be seeing a pattern in the company’s plan for continued domination of the driver market.

The Mavrik standard model has a single weight at the rear of the sole while the Sub Zero model also has one close to the face which helps to bring ball spin down. Both obviously make use of Callaway’s Jailbreak rods linking the sole and the crown and neither has a sliding weight.

To refresh your memory the Epic driver from 2017 introduced Jailbreak technology and perimeter sliding weight price at $499. In 2018 the Rogue driver ($500) had Jailbreak with no adjustable perimeter weight while last year the Epic Flash used both along with an internal face design made with artificial intelligence and breaking new pricing ground at $530.

It appears Callaway has determined the best plan is to alternate years for adjustable perimeter weighting, retaining the low-spin Sub Zero model each year while continued use of significant improvements (Jailbreak, etc.) in subsequent years. We expect Mavrik will have the benefit of the AI-designed face since it was one of the most distinctive innovations in any club last season and that the pricing will be $530.