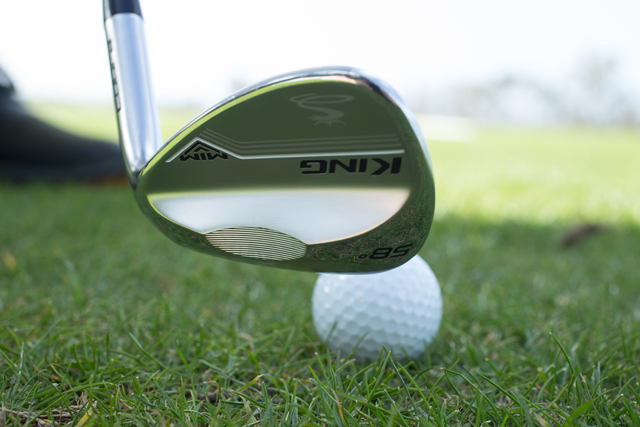 Is a MIMed Wedge in Your Future? Match Play Gear-Triple Track 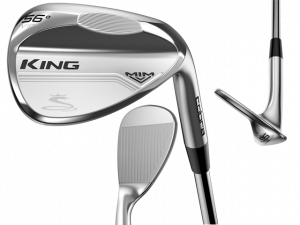 Using a sophisticated metal-injection molding (MIM) process Cobra Golf has come up with the KING MIM wedges the first in golf made with this technique rather than the usual cast or forged heads. Tom Olsavsky, Vice President of R&D for COBRA Golf. “The KING MIM Wedges are astonishingly soft and precise, to give golfers the best performance in their short games.” Six lofts from 50° to 60° will be available April 12 for $149 each with a KBS Hi-Rev 2.0 126g shaft. KING MIM wedges each come with COBRA CONNECT Powered by Arccos at no charge so the electronically enabled Golf Pride Tour Velvet grips and the Arccos Caddie app can retain wedge stats. 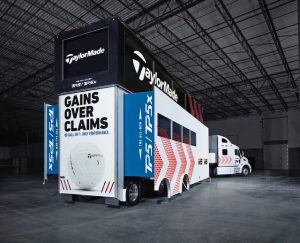 Most will never have the opportunity to go inside one of the manufacturer’s vans that follow the PGA Tour from city to city, but the one at the top of any wish list would be the new TaylorMade Golf 42-foot long, 22-ton, two story monster. After 400,000 miles TMaG is retiring the old van and putting the new one in service. In addition to the expected club repair tools, clubheads, shafts and grips in a large work area there are two slide-out pods, a second story for meetings, 12 player lockers and four large screen televisions. 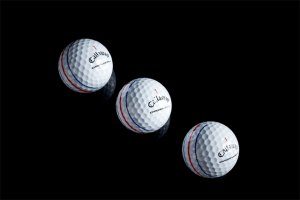 Callaway Golf has carved a number two spot in golf ball sales behind Acushnet with a 16.4% market share at the end of 2018 thanks in large part to the success of the Chrome Soft and Chrome Soft X golf balls. The Chrome Soft X model used by Phil Mickelson and other staffers with Triple Track circumventing lines are now available to the public. The three circumventing lines—blue, red, blue—were developed using Vernier Hype Acuity to help more with alignment than the usual single side stamp line. $39.99 per dozen.

Original One from TMaG 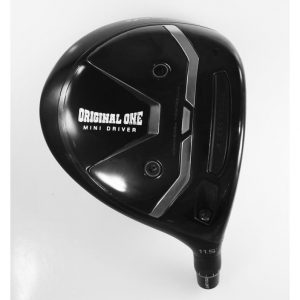 On the USGA Conforming Drive Head list last week a new driver from TaylorMade appeared with their Twist Face, an adjustable hosel, titanium crown, sole slot and the sole label “Original One Mini Driver.” What this all means is speculation until the company release the club specs but by inference this is a smaller sized head, perhaps under 330cc as were the two previous minis, the 2014 SLDR Mini and 2015 Aeroburner Mini. 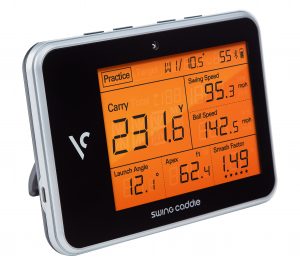 Voice Caddie has announced the next generation on their portable launch monitor line with the SC300 that now includes launch angle in addition to swing speed, smash factor and ball speed. As was the case with the predecessor SC200 and SC100 the new model uses radar to make the measurements and data is collected by the Swing Caddie smartphone app. For more information on the SC300 ($550) see Voice Caddie on the web.

Match Play Gear
Callaway’s Odyssey brand is the most putter played on Tour and at the WGC Dell Match Play Championship the putter count was decisively in their favor with 28 in play by the 64 contestants followed by Titleist Scotty Cameron-12, TaylorMade-8 and PING-6. Callaway points to the acceptance on the circuit of the new models with Stroke Lab shafts and the new Toulon Design models such as the Toulon Madison used by Francesco Molinari to win at the Arnold Palmer Invitational.

Callaway also was the most played driver in Austin with 16 with the Epic Flash model being the most frequently used model. Titleist beat out Callaway in golf ball count 39 to 10.