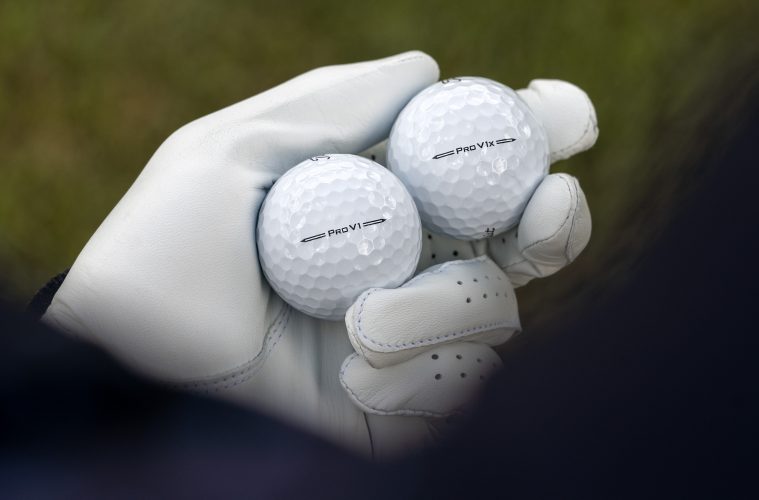 Titleist’s tour seeding and validation process for 2023 Pro V1 and Pro V1x – the next generation of the most trusted golf balls on the PGA TOUR and at every level of competitive golf – had been scheduled to begin this week at the Shriners Hospitals for Children Open in Las Vegas.

In the days leading up to Sanderson Farms, however, Titleist tour reps received multiple requests from Garrick Higgo, M.J. Daffue and Gary Woodland – each of whom had done extensive testing during the prototyping process – asking to put the new balls in play as soon as possible.

On Thursday, Higgo (Pro V1), Daffue (Pro V1x) and Woodland (Pro V1x) became the first three players to game the 2023 models in competition. Four holes into his first round, Daffue’s NEW Pro V1x rolled into the cup at the 182-yard par-3 4th for an ace. Playing his NEW Pro V1, Higgo led the field in birdies (24), closing in 4-under 68 Sunday to finish one shot out of the playoff.

Gathering feedback from the game’s best players through every stage of the R&D process and then earning their validation under the pressure of competition are critical elements in the development of all high-performance Titleist golf balls and equipment.

Today, Titleist’s flagship models are trusted by more than 72 percent of players across the PGA TOUR and major worldwide tours, while the percentages are even higher at the game’s biggest amateur, college and junior events.

“The Pro V1 and ProV1x, as a whole, are the best balls in golf so it’s hard to say, ‘How are you going to possibly make that ball better when it’s already the best?’” said Jordan Spieth, who has won his three major championships and 13 PGA TOUR victories playing a Pro V1x. “I think when you think of anything being the best, you’re really going against yourself then. You’re trying to beat your former self versus worrying about the competition. And I think Titleist does that. They continue to push being the best and continuing to stay No. 1 – and that’s a really difficult thing to do.”

Over the next three practice days in Las Vegas, Titleist Golf Ball R&D reps Fordie Pitts and Jeff Beyers will be working with players as they continue to test the new Pro V1 and Pro V1x models – from the short-game area, to the driving range, to the golf course.

The process will continue over the coming weeks and months with professionals and elite amateurs around the world, as well as members of Team Titleist.

“First thing I’ll always do is take them to the short game area. For me, that’s always the most important,” said longtime Pro V1 player and reigning Masters champion Scottie Scheffler.

“From there I’ll go to the range and just look at numbers, carry, stuff like that. From there, I’ll go out on the course and just start hitting shots. So same thing I do in the short game area, have a few of my ball, have a few of the new ball and just try and hit the same shot and see how the ball reacts, see what it does in the wind and just go from there.

“One shot that I’m always practicing is when I take some off of it. I need to see that it’s still the same (distance) gaps between my full shot and when I’m taking some off of it. When I’m practicing on the driving range, if I have a little mishit or if a shot doesn’t feel right…I usually have a really good feel for how far it actually carried. If my stock wedge is 140 and I’m trying to hit at 135, and maybe I catch a little bit off and I’m like, ‘man that really feels like 132,’ if it goes that distance, that’s really important to me. And that gives me a lot of faith in what that golf ball’s going to do.”