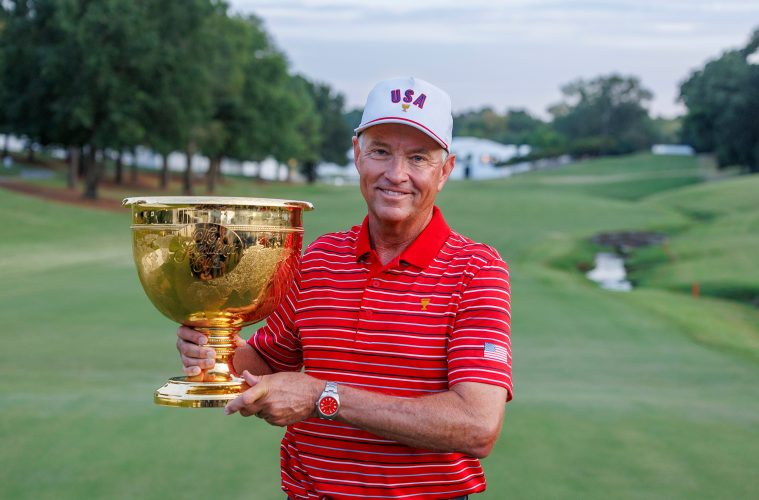 Five Takeaways From The Presidents Cup

First, an admission. I wasn’t at Quail Hollow, so I couldn’t drink a few beers at the bar of the media hotel to celebrate the U.S. team’s win (I don’t drink anymore, anyway). And during Sunday’s singles matches, I was on a marathon drive from northern Michigan (where I played some remarkable Upper Peninsula courses with fellow writers) back to New England, following the play-by-play on Sirius radio. (I don’t recommend spending 17 hours in a car – even with Sirius.)

That said, here are some takeaways from the Presidents Cup competition at Quail Hollow Club in Charlotte, N.C., where the U.S. team prevailed 17 ½ to 12 ½ over four days of matches.

The United States Team pose for a photograph with the Presidents Cup Trophy after defeating the International Team by 17.5 points to 12.5 at the Quail Hollow Club

The U.S. team came into the matches with a 12-1-1 record, and with an International team missing some key players who defected to LIV Golf, this had all the markings of a snoozy blowout. It was anything but. After going 2-8 in the foursomes and fourball matches on Thursday and Friday, captain Trevor Immelman’s inexperienced (eight of the twelve members were rookies) but plucky International team won 10 ½ of the 20 points at stake on the weekend and briefly made things tense on Sunday. “We were in a tough spot on Friday,” said Immelman. “We showed a lot of guts to fight back.”

Heading into Quail Hollow, eight of the U.S. team members were ranked higher than the International team’s top-ranked player, Hideki Matsuyama (17th). (In all, 15 of the top 25 ranked players competed.) But on the strength of solid performances by Si Woo Kim, Sungjae Im, K.H. Lee, and Tom Kim, the International team went 5-3 on Saturday, trimming the U.S. lead to 11-7 going into the Sunday singles matches.

When Si Woo Kim knocked off Justin Thomas in the first singles match, it got interesting. For a bit. But captain Davis Love’s gang stiffened, and Xander Shauffele’s 1-up win over Corey Conners clinched the Cup. “There were multiple goals that we had,” observed Immelman. “I would say we checked off all of them except leaving here with a trophy.” But it’s all about the trophy, Trevor.

It wasn’t that long ago that we were wondering what had happened to the once-dominant Jordan Spieth. He’s back. Paired with his good friend Justin Thomas, Spieth finally overcame his Sunday singles jinx to become only the sixth player in history to finish 5-0 in Presidents Cup matches. Thomas lost a dramatic singles match to Si Woo Kim (Kim made his 10-foot birdie putt on the final hole, while Thomas missed his), but still finished 4-1.

This is a formidable duo, both in terms of talent and chemistry, who along with the pairing of Patrick Cantley and Schauffele should provide firepower for the Americans in both Presidents Cup and Ryder Cup matches in the coming years. 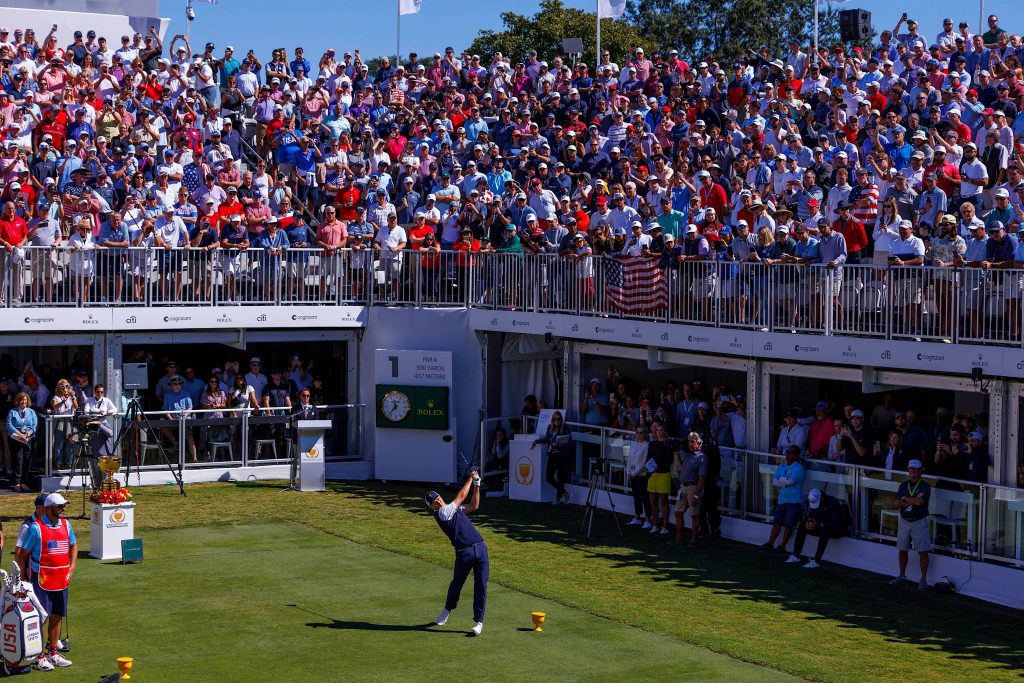 While the Presidents Cup might lack the pedigree and cut-throat spirit of the Ryder Cup, rookies Max Homa (U.S.) and Tom Kim (International) must have missed that memo in their lockers at Quail Hollow. These star newcomers pumped up their teams with their stellar play and enthusiasm as they fist-bumped their way through the weekend. Homa went 4-0 with a rousing comeback win against Kim on Sunday. One veteran golf observer called the 20-year old Kim “Rory revisited.”

Does the Presidents Cup Format Need to Change?

We’ve been hearing this for years. The U.S. has dominated the competition. The International team lacks the depth of talent to compete. The PGA Tour needs to change the format to make the Presidents Cup more competitive. After the great golf, energy, and resilience displayed by the International team at Quail Hollow, the consensus is that the Presidents Cup is not on life support and needs no fundamental changes. Perhaps a bit of tweaking, such as trimming a couple matches on Friday and Saturday.

Probably, although no one at Quail Hollow wanted to dwell on the topic. Several of the top International players — Cameron Smith, Joaquin Niemann, and Abraham Ancer — were ineligible to play because of their affiliation with LIV Golf. On the other hand, the loss of Bryson DeChambeau, Brooks Koepka, and Patrick Reed was arguably less impactful to the U.S. team given their unimpressive play recently. While perhaps not pivotal, LIV Golf didn’t help the Internationals.