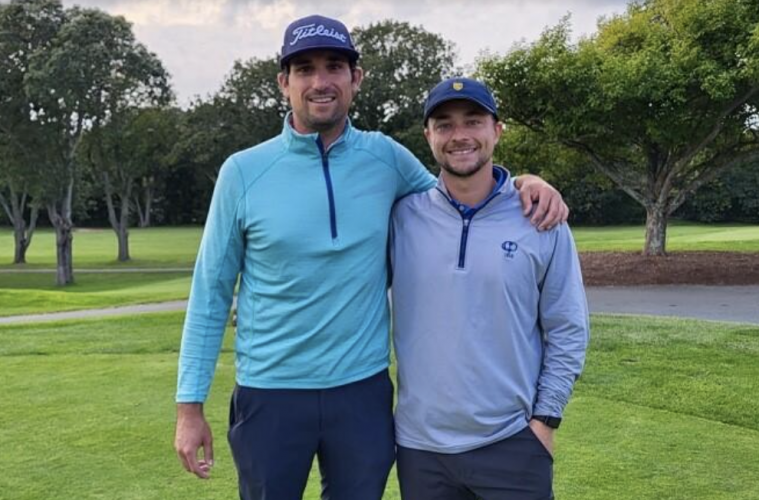 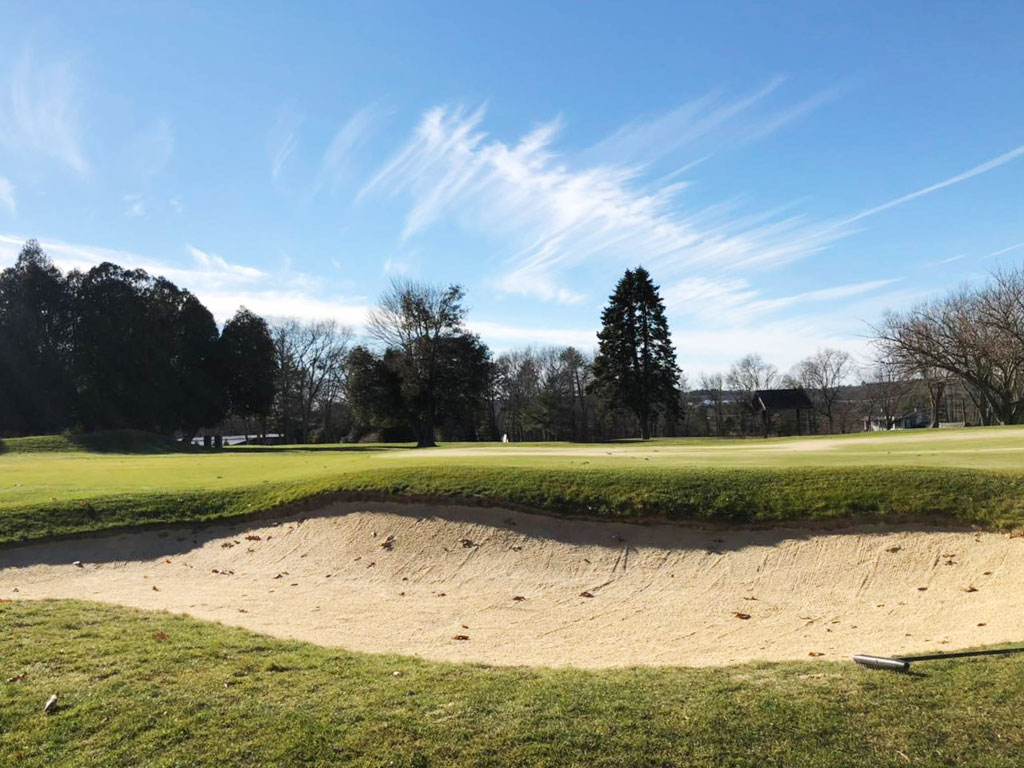 Playing in this year’s event were some of the best amateur players in New England and beyond.

Matt Montt, (Plymouth CC) and Mike Hamilton (Kirkbrae CC, RI), previous Gilholm Cup runner-ups finally won with an outstanding two-day total  of 65-66=131 (9 under par). Their Saturday round started out like the chilly morning air, but they finished the first 18 holes with a 5 under rally for the last six holes, including Matt’s HOLE IN ONE on the par 3, 135 yd, 15th hole to put them in contention. 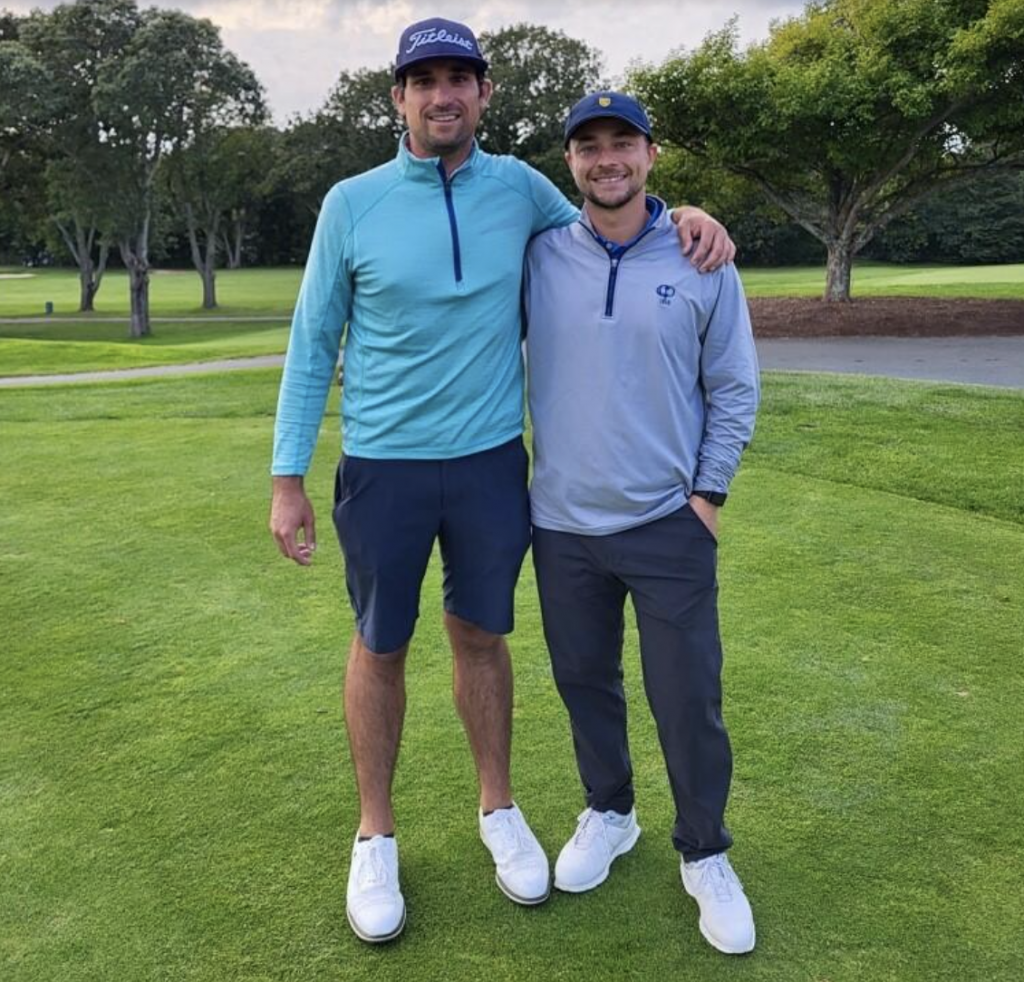 For Sunday’s round, they got off to a quick start with Mike Hamilton’s birdie 3 from four feet on one and his birdie 3 on the second hole as he rolled in a 20-footer.

On the par 5 uphill fourth hole, his 2nd shot 4 iron stayed on the back fringe, and he lagged it down for yet another birdie.

Matt Montt birdied the seventh hole par 3 as his 6-iron landed six feet above the cup and he made the tricky deuce to put his team 4 under for seven holes.

They played the long par four stretch of holes 8 to 12 in even par and then Matt struck back on the short 13th hole par 4 with a wedge to 5 ft and birdie putt to go to five under. Their one blip on the course was the short par 4, 16th hole as they both missed the green and settled with two bogeys to go back to four under par.

From there, Mike parred the 205-yard par 3, 17th hole with a sensational two putt from the back of the green. On the long par 4 18th, Mike narrowly missed his birdie putt and settled for a par 4. Mike gave the putt a good run but thought the missed putt might result in a playoff. Fortunately, it did not.

Walter Baptiste (CCNB) teamed with Curtis Merritt (Kittansett Club) for a day one score of 64, (6 under par). They played steady golf on Sunday and with a late rally as Walter birdied the 17th hole and Curtis had a tricky 40-footer to tie on the 18th hole which just missed, settling for the runner up position at 64-69=133, (7 under par).

The first day leaders Jason Cook, (Brockton CC) and Pat DeBortoli, (Reservation GC) shot a 63, (7 under par), but struggled on Sunday with a 72 (2 over par) to finish fourth.

Jim Bandera (Old Sandwich GC) holed out his second shot on the difficult 11th hole par 4 for an Eagle 2 for the lone Skin on Sunday.

The 23-year-old Tournament was named for Johnny Gilholm, the legendary, nationally acclaimed CCNB Golf Professional for over 40 years.