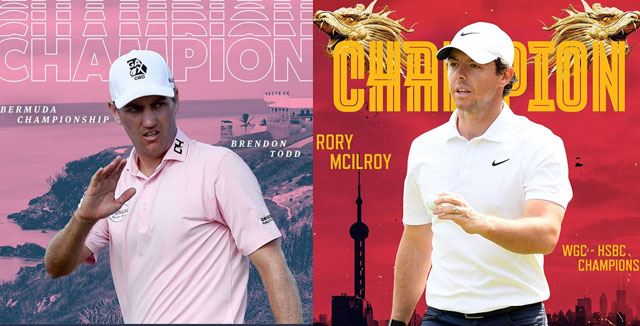 With nine events on the PGA Tour 2019-2020 season completed and two more to go before the Thanksgiving to New Years hiatus both Tiger Woods and Rory McIlroy have one as has Justin Thomas. This is hardly surprising since they are among the top players in the world and we aren’t here to point the lesser luster of some of the other winners.

What is interesting is that PING, not typically thought of when considering the most popular driver manufacturers on Tour, have provided the one-woods to four of the nine winners: Joaquin Niemann – Military Tribute at the Greenbrier (PING G400); Sebastián Munoz – Sanderson Farms Championship (PING G400 LST); Cameron Champ – Safeway Open (Ping G410 LST); and Brandon Todd this past week at the Bermuda Championship.

TaylorMade Golf usually leads this category each year and probably will by the end of the season, but Woods at the Zozo Championship and McIlroy at the WGC-HSBC Champions are the only two wins by players so far using the TMaG drivers—both tee it up with M5s.

On the ball side Titleist Pro V1/Pro V1x can claim six victories by players while Srixon, Bridgestone and TaylorMade have one each.