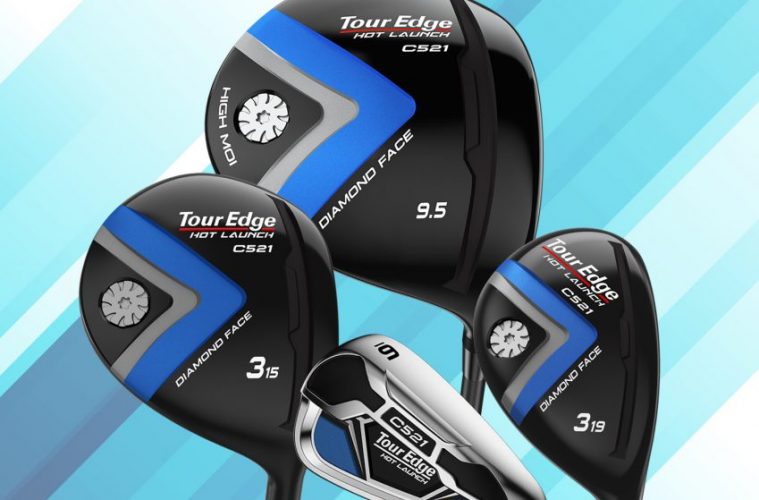 In all, 46 different lofts of clubs in right-handed clubs and 20 lofts in left-handed models are covered in this massive launch by Tour Edge.

Today, the surging Midwest-based company is unveiling the two Hot Launch 521 drivers behind this innovative thinking. Both new series of Hot Launch 521 feature a brand-new look with a sleek all-black PVD finish.

“To provide a 20% gain in stability over the past two Hot Launch iterations is a win for any golfer seeking a more favorable and more consistent experience off the tee,” said Glod. “With Hot Launch 521, we were able to achieve MOI that matches drivers in play on the professional tours that cost three to four times more. No one else is doing this with MOI at this price point. The result is fantastic performance with straighter, more accurate drives due to the head resisting twisting at impact.”

The new premium Hot Launch 521 Drivers will be available globally on November 1, 2020.

On October 8th, Tour Edge will unveil the E521 and C521 fairway metals and hybrids, followed by the Hot Launch E521 and C521 hybrids, irons and wedges unveiling on October 13th. 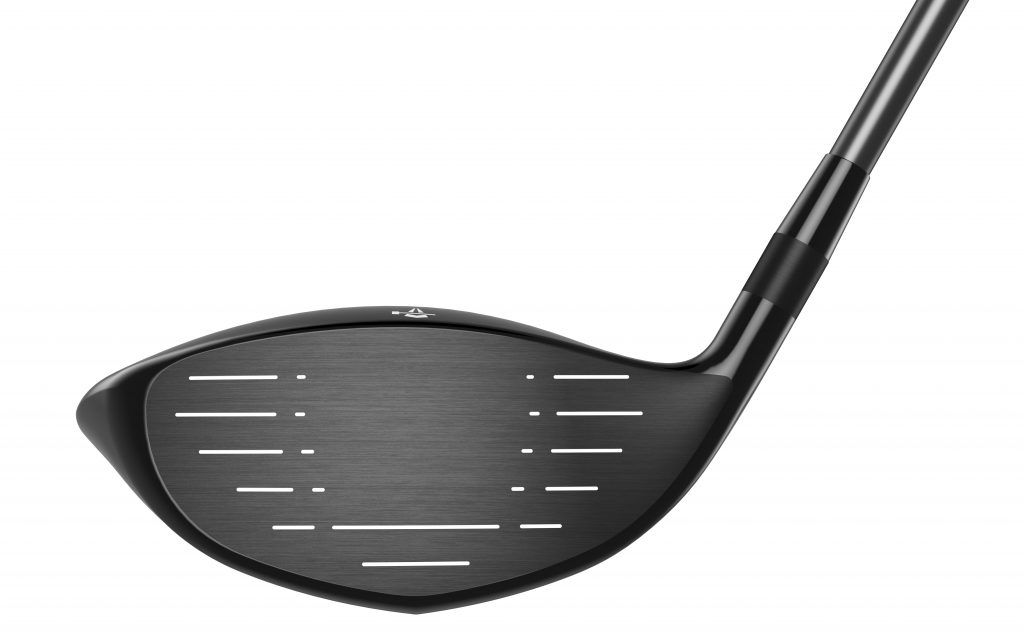 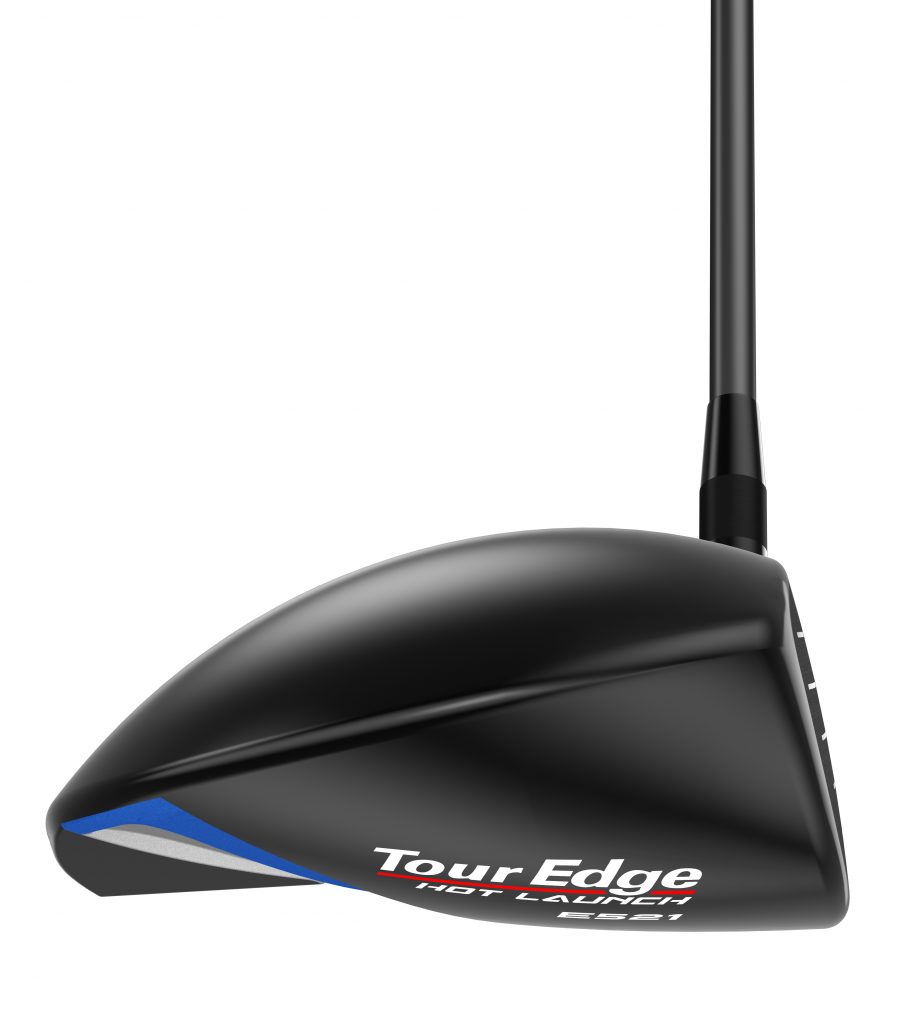 The Hot Launch E521 Driver is designed with a super-shallow-face in an extreme MOI boosting shape.

This increased MOI will increase ball speed on miss-hits and will keep shots straighter, while the back and low CG positioning creates high-flying, powerful tee shots. The MOI of the E Series Driver is 6% greater than the previous HL4 Driver. 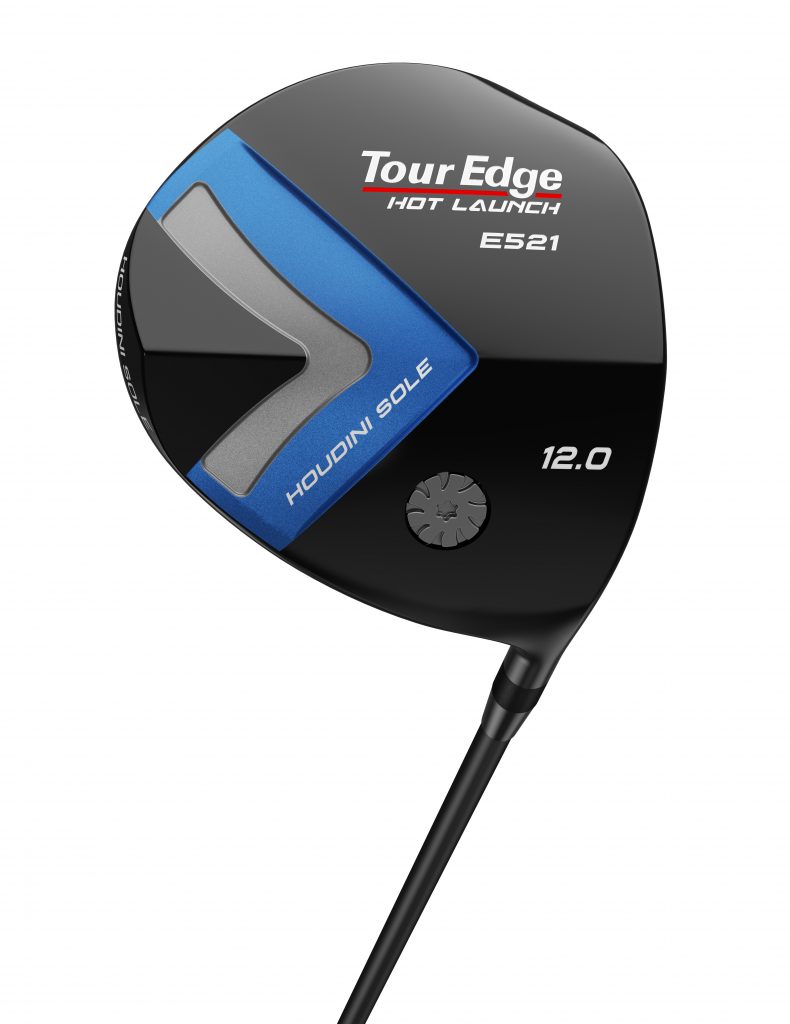 Much of this MOI boost is attributed to the new revolutionary Houdini Sole design seen only in the E Series. The Houdini Sole is an emerging sole design innovation from the Tour Edge R&D team that pushes weight back as much as possible in a driver design.

The Houdini Sole includes an area of mass concentrated on the extreme trailing edge of the sole of the clubhead, as well as a curved leading edge under the face.

This all new shape and design created more area to put extra mass, allowing the Tour Edge engineers to precisely position weight in the head for an ultra-low and deep CG, optimizing launch conditions and greatly improving forgiveness off the face.

The Houdini Sole design propelled the CG placement to be 14% lower and 10% farther back than the HL4 Driver, making this the highest launching and easiest to hit driver Tour Edge has produced.

The Houdini Sole also allowed for an increase in the offset draw bias and extreme heel weighting that will naturally flight a slice much more effectively than standard golf clubs.

The E Series driver is at the USGA limit on front-to-back and heel-to-toe lengths to maximize forgiveness and to make launching the ball as easy as possible in a driver design, while the lofts offered in the E Series are higher than standard game improvement drivers at 10.5, 12 degrees and an HL version at 15 degrees.

“With these shallow faces and offset designs, on top of the higher lofts we offer, the Hot Launch E521 Driver is easily the leader in launch technology in today’s market,” said Glod.

Control Length Shaft Technology is optimized shorter shaft lengths that were designed specifically for the E Series metals to greatly improve accuracy and control as well as to max out Smash Factor ratings. Smash Factor is the measure of the amount of energy transferred from the club head to the golf ball. The higher the Smash Factor, the greater the energy transfer.

The Control Length shaft system will lead to more players hitting the center of the clubface for better overall driving stats. The driver shaft length of 44.5’ is a half inch to one inch shorter on the Hot Launch E521 Driver compared to the standard in the industry.

The Hot Launch E521 Driver comes stock with a super-light FUBUKI metalwood shaft by Mitsubishi Chemical that ranges from 45 grams to 55 grams depending on the flex.

Pound for Pound, Nothing Comes Close – 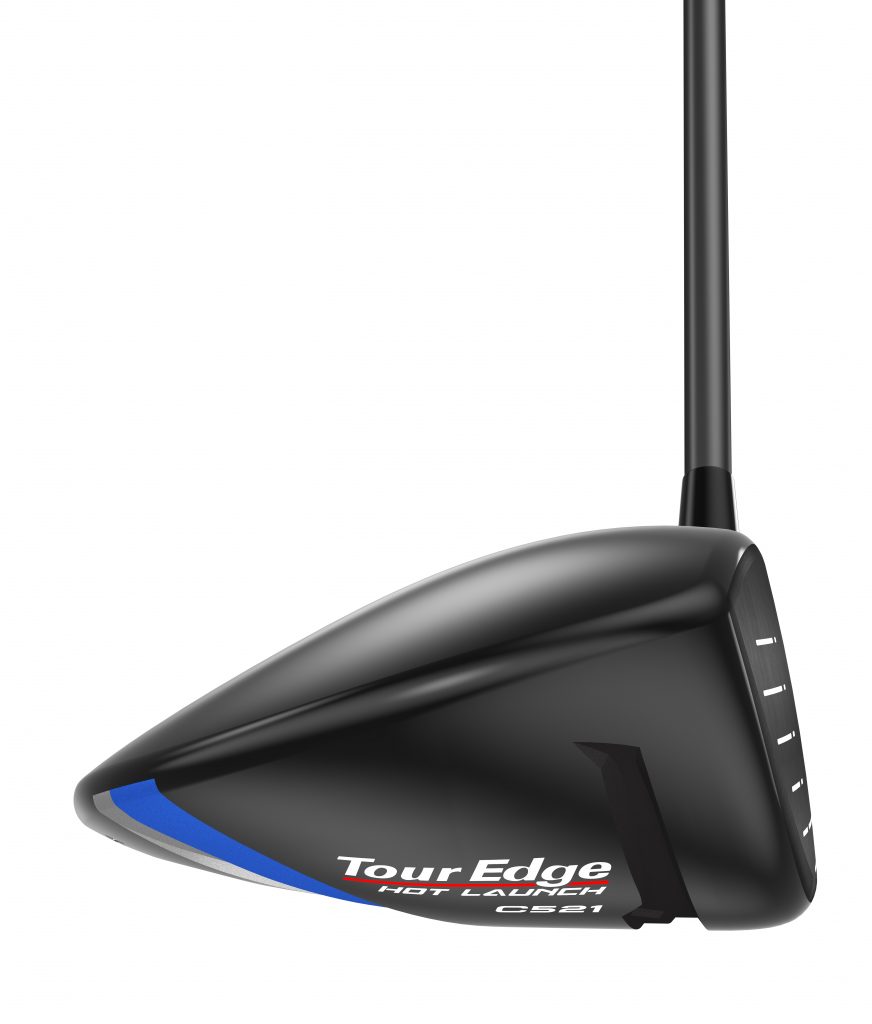 The new driver design with a sloped crown is deeper from face to back and features a rear weight that equates to an extremely high MOI measurement that will tighten dispersion and increase overall accuracy.

The Hot Launch C Series is for the player seeking optimal launch and spin rates, while still enjoying the benefits of extreme ease of use, forgiveness and accuracy.  This makes the Hot Launch C521 a game improvement driver for the competitive mindset and player preferences. 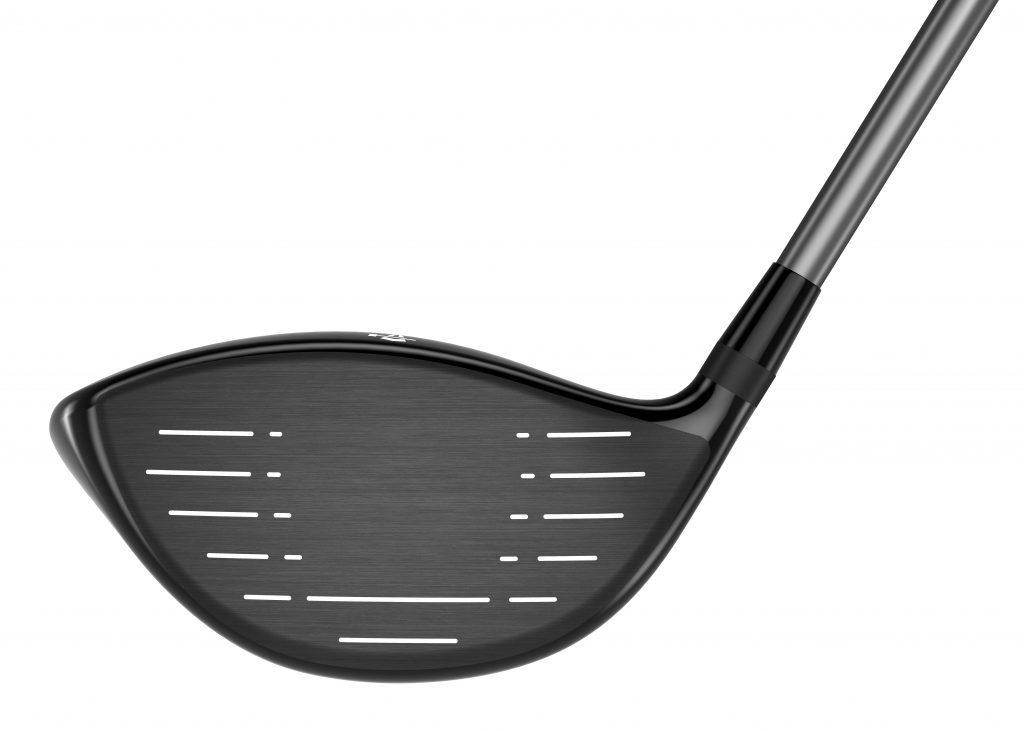 “To be able to take an amazing innovation like Diamond Face that changed the level of what we produced with Exotics EXS and to be able to bring it over to Hot Launch is a huge deal for the performance characteristics of these clubs,” said Glod. “This is going to help a lot of golfers gain speed and power.” 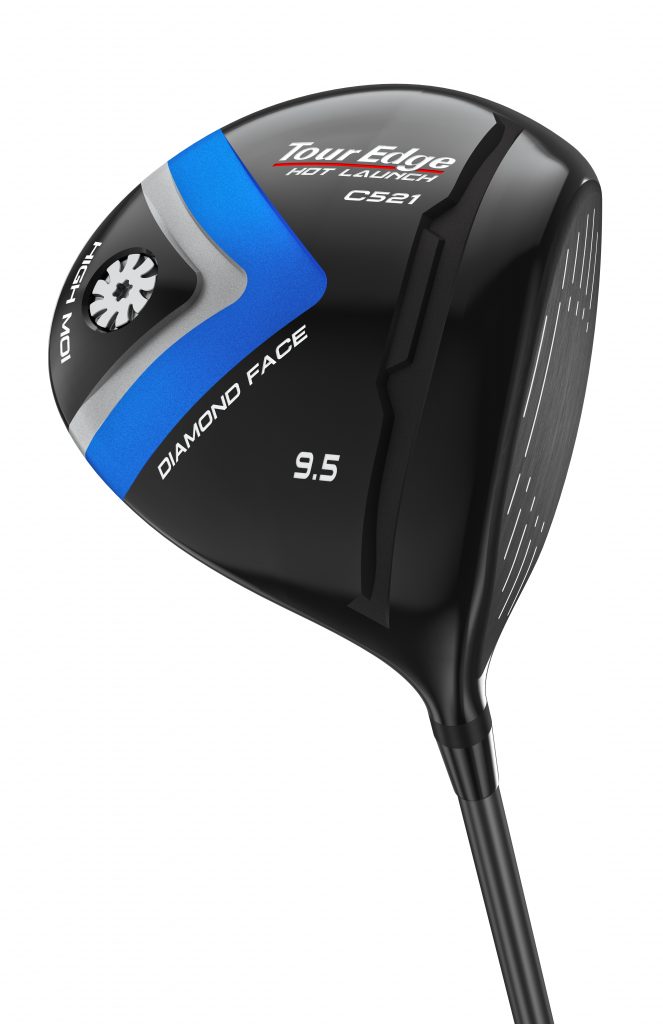 This new design featuring a back weight to the extreme rear of the driver makes for an extremely high MOI rating surpassing 5000 grams per cubic centimeter squared.

MOI is a measure of a body’s resistance to angular acceleration or twisting at impact, meaning that the C Series Driver is an extremely stable and powerful driver. This increased MOI will increase ball speed on miss hits and will keep shots straighter. This further back rear sole weight placement delivers an 8% increase in MOI over the previous HL4 Driver, a 20% gain in stability over the past two Hot Launch iterations.

The back weight also affects the CG positioning of the club, with a 12% lower CG and a 7% farther back CG than the award-winning HL4 Driver. This CG positioning creates high-flying, powerful tee shots with an easy launch.

Vastly upgraded acoustic engineering is achieved though Acoustic Ribbing Channels on the inside of the fairway metal that provides an optimized sound and feel.

The Power Channel on the sole of the club behind the club face is 25% deeper for better weight distribution and increased face flexing. The Power Channel delivers amplified ball speed and less spin, as well as added forgiveness on shots struck lower on the face.

The mid-high launch, mid-spin Aldila Rogue shaft was chosen for the Hot Launch C Series after extensive testing with Tour Edge’s one-of-a-kind swing robot T.E.D. (Tour Edge Development). Aldila Rogue shafts are high-end performers that have won numerous times on the professional tours.  They are known for an even release for players that like a smooth, active feel by using advanced, high-modulus graphitic carbon fibers.

Pound for Pound, Nothing Comes Close –

The C521 Driver retails at $229.99. All Hot Launch clubs are hand built in the Unites States and are included in Tour Edge’s unprecedented 48-hour custom fitting delivery and lifetime warranty programs.