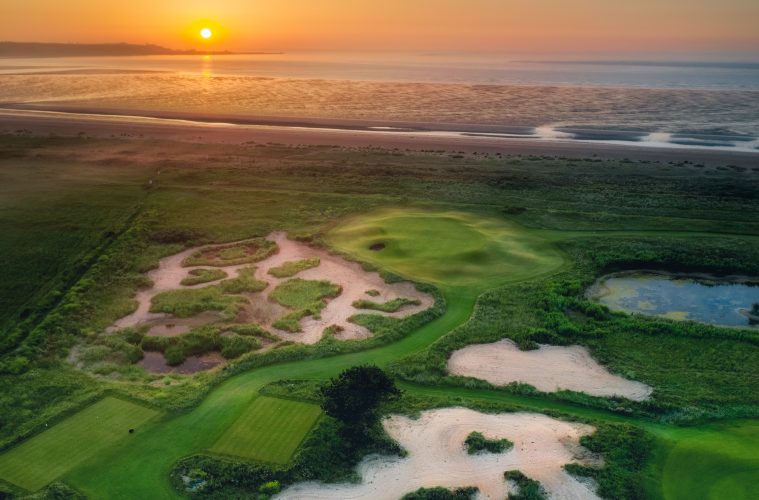 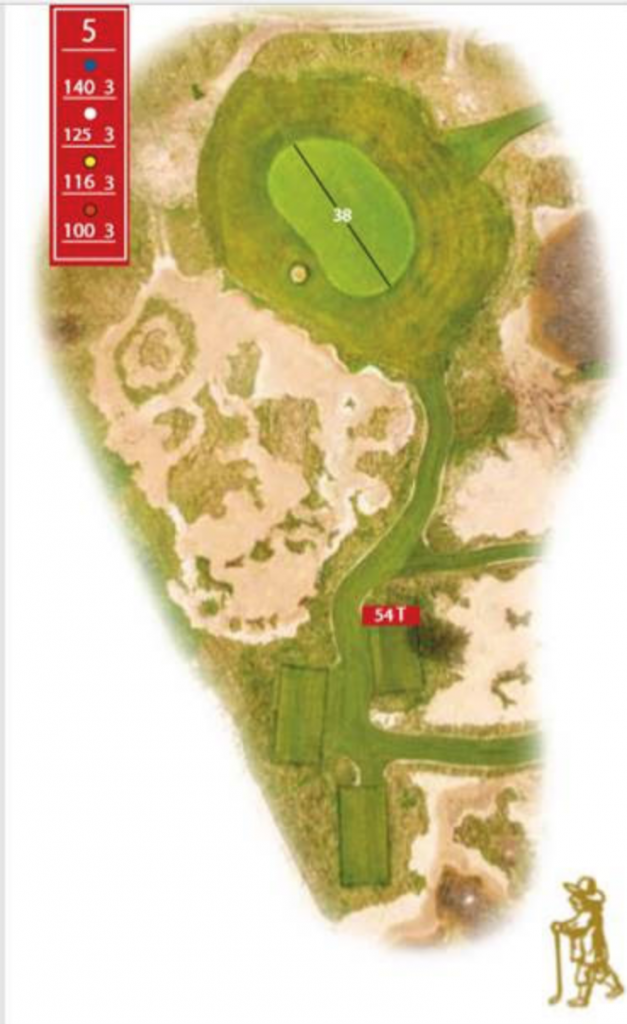 Prince’s Golf Club has had a long and storied history — hosting the 1932 Open Championship — and having gone through a recent updating by the architectural firm Mackenzie and Ebert.
Martin Ebert. along with staff architect Mike Howard, visited the venerable links numerous times before providing an updating of the Himalayas Nine.
Among the most noted inclusions is the new par-3 5th hole.  The stunning hole provides both a picturesque setting with the English Channel in the background and a high level challenge. Ebert explains the rationale in its creation.

“We were invited to look at the Himalayas Nine at Princes by Rob McGuirk and his father, Mick. The general brief was to elevate the quality of the Himalayas Nine to that of the Shore and Dunes Nines, even though it already enjoyed a strong set of nine holes. 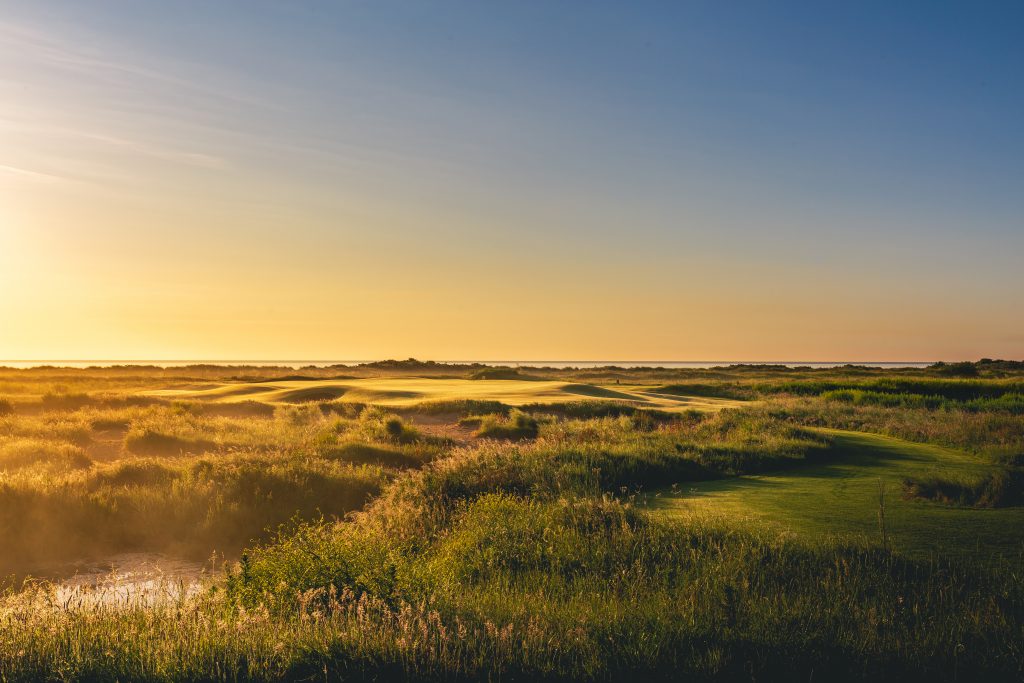 Rob and his team, including Director of Golf, Ant Tarchetti, and Course Manager, Sean McLean, had some ideas to put before us and one of them was the possible creation of a new par 3 hole. There were a number of reasons to support such a suggestion. The majority of the holes on the Himalayas Nine played parallel to the coastline and the new par 3 had the opportunity to play directly towards the sea and would be subject to a completely different wind to the other holes. There was also the thought that a stunning new hole would give everyone something to focus on when it came to assessing the results of the project to upgrade the Himalayas.

It was necessary to decide which hole to drop out of the existing nine and the solution was to run the par 4 2nd hole and the par 3 3rd hole together to form a long par 5. That has been a very successful change as well as the new hole.

While the new 5th hole was routed towards the sea, the existing levels at the tee and the green meant that no view of the sea was available. Hence, both were raised considerably; the tee by over 3 meters (10 feet) and the green by 2 meters (6 feet). As a result, the view from the tee enjoys the sea as a backdrop to the hole and the waves are also in the view of the golfers when they are on the green.

In order to provide fill material for the raising of the tee and green, a large dune slack / wetland was excavated behind the tee and the carry area between both tee and green was lowered to create a sandscape which, when the water table is high, become a wetland in the lower parts as well. This is greatly supported by the ecological authorities as it provides am excellent habitat for flora and fauna. 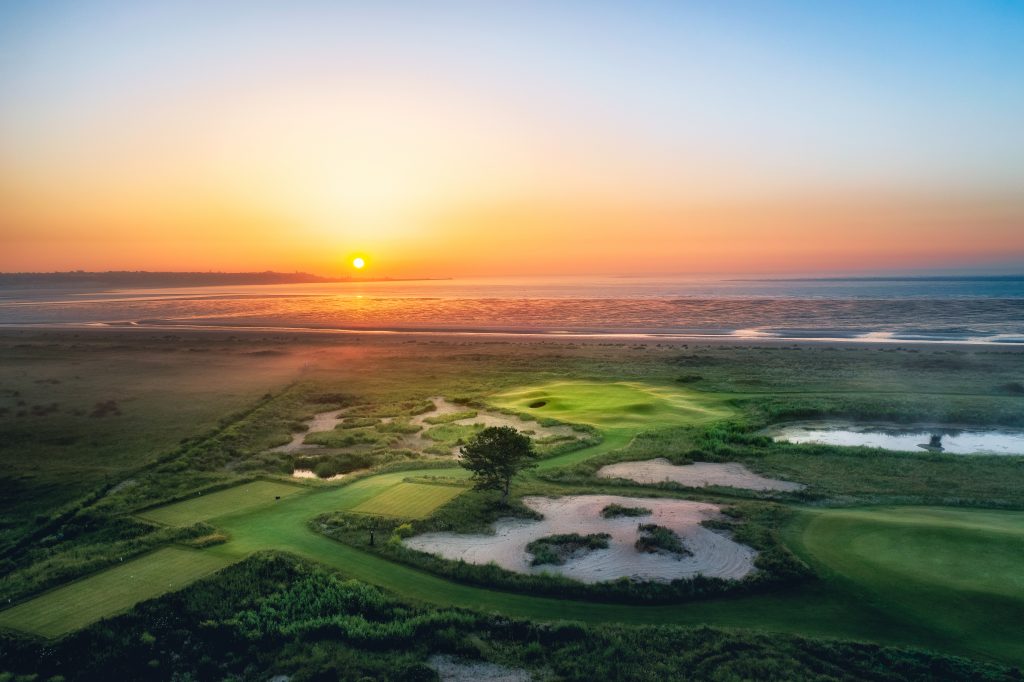 When it came to the nature of the hole, we all wanted to create a short but demanding par 3 rather than a serious test of length. The Postage Stamp was discussed and also the 12th at Augusta National in terms of producing a small green to test the golfers’ accuracy. However, the expectation was that there would be too many rounds played over the new hole to make this a realistic and practical concept. After all, the Postage Stamp at Troon has a second winter green to reduce the traffic on that classic hole. Hence, it was decided to design a large green but with the accuracy tested by the golfers needing to find the right part of the green to have confidence of a 3 and any chance of a 2.

Such a large green is only defended by one small and deep bunker but the green surrounds arguably provide a greater test for recovery shots. These slope steeply away from the green surface to the right and, to a lesser extent, behind the green. When the flag is located close to the edges of the green in these areas, it is extremely difficult to get close to the hole with a recovery shot, although this can be played with any club including the putter, given the tightly mown nature of the surrounds.

These green surrounds were inspired by the universally wonderful green surround shapes which all of the holes enjoy at Princes. The quality of the detail of green surrounds can be used to define the quality of a course itself and they are second to none on all three nines. They were designed by two architects, oddly working for different practices, when golf was restored to Gene Sarazen’s1932 Open venue after the Second World War. Those two architects were Sir Guy Campbell and John Morrison. The quality of their work is admirable both from the fact that each green is so good and that it is impossible to discern which architect designed which set of greens.”