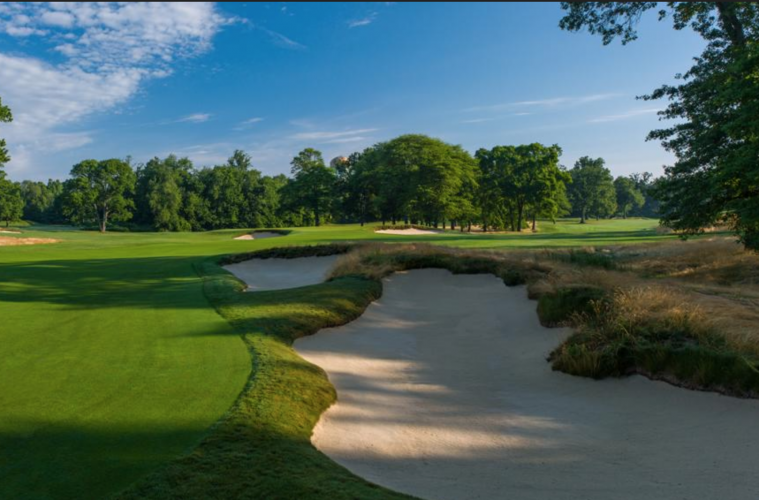 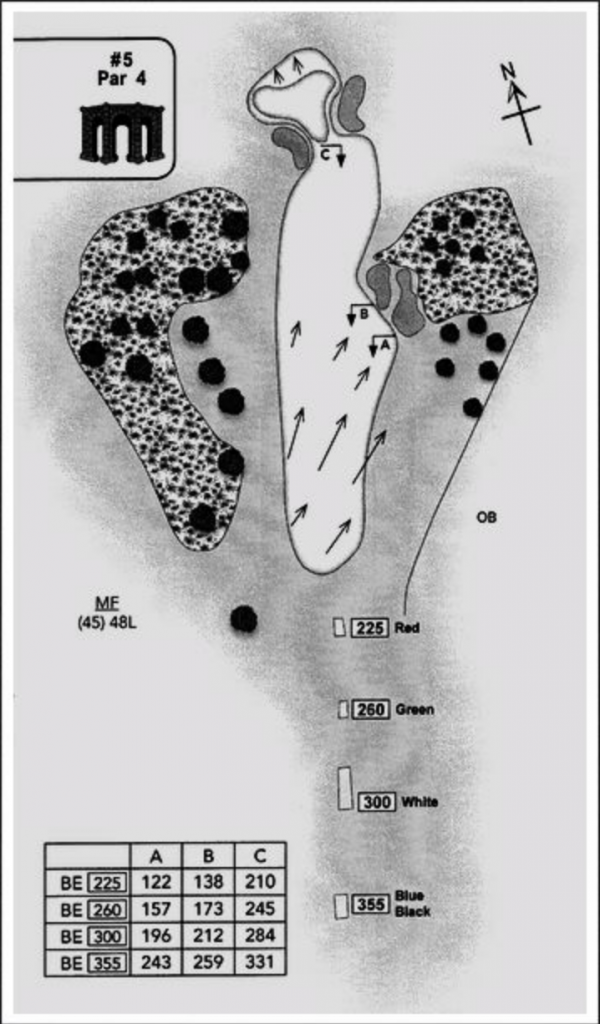 The name Sunningdale will certainly resonate with many golfers given the superb 36-holes found in England. But, there’s another club with the same name — located in golf rich Westchester County.

The pedigree of Sunningdale has included the contributions of some of golf’s most talented architects with Seth Raynor playing the most prominent role. The club made a critical decision when deciding to upgrade the design several years ago and went forward with the crucial hiring of the immensely talented architect Mike DeVries.

Often times when clubs opt to “improve” they can create a hodge-podge of different design elements often running in conflict with what was done originally. DeVries brilliantly enhanced parts of the layout that had become tired and introduced key upgrades reinforcing the particular motif Raynor originally intended along with added touches Devries believed would tie in extremely well.

Lying at the heart of this undertaking was a commitment by club leadership to be guided by the man hired and not fall into the trap in attempting to micro manage the outcome to their inevitable detriment.

Interestingly, Sunningdale is blessed with rolling terrain which adds immeasurably to the playing of number of holes but it is the par-4 5th located on a relatively flat land that accentuates an architectural pizzazz that can both cause exhilaration and outright trepidation. 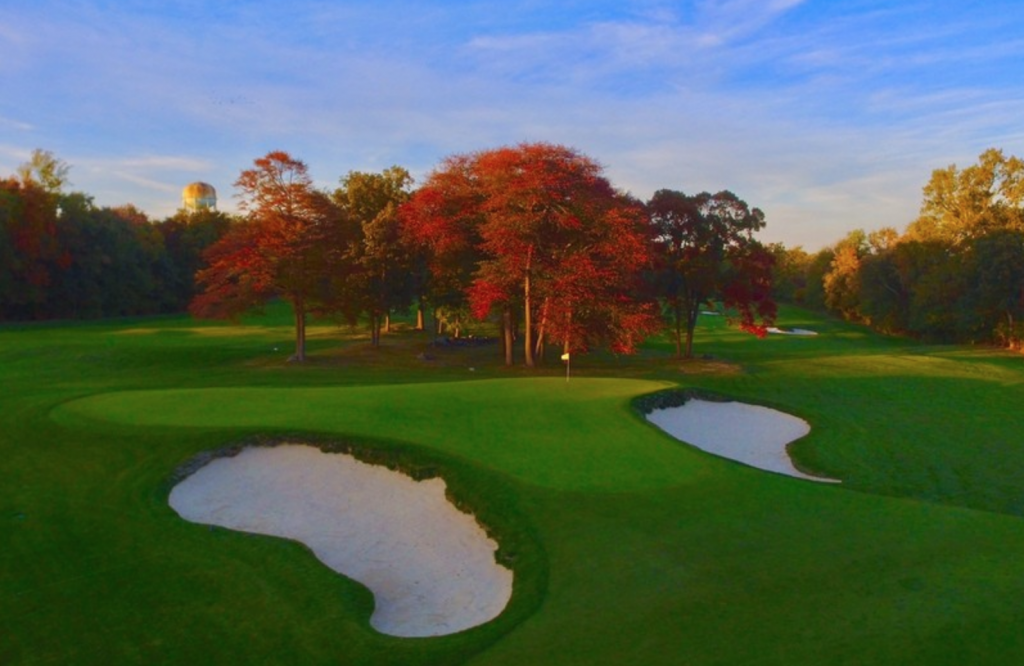 The 5th plays to a max of 355 yards and on its face the lack of yardage conveys to players a belief such a hole is gettable — an easy mark for birdies. Those who carry that view to the tee are quickly dispelled of such hubris when marking their scorecard upon leaving the green.

Great short par-4’s such as the 10th at Riviera, the 8th at Pine Valley and 3rd at Augusta National respectively. all provide the illusion of an easy hole but never concede anything without execution of the highest order. The 5th at Sunningdale is not at that elite level but is no less equal or even greater than other stalwart holes in Westchester County with the 15th at Fenway and the 6th at Winged Foot / West. 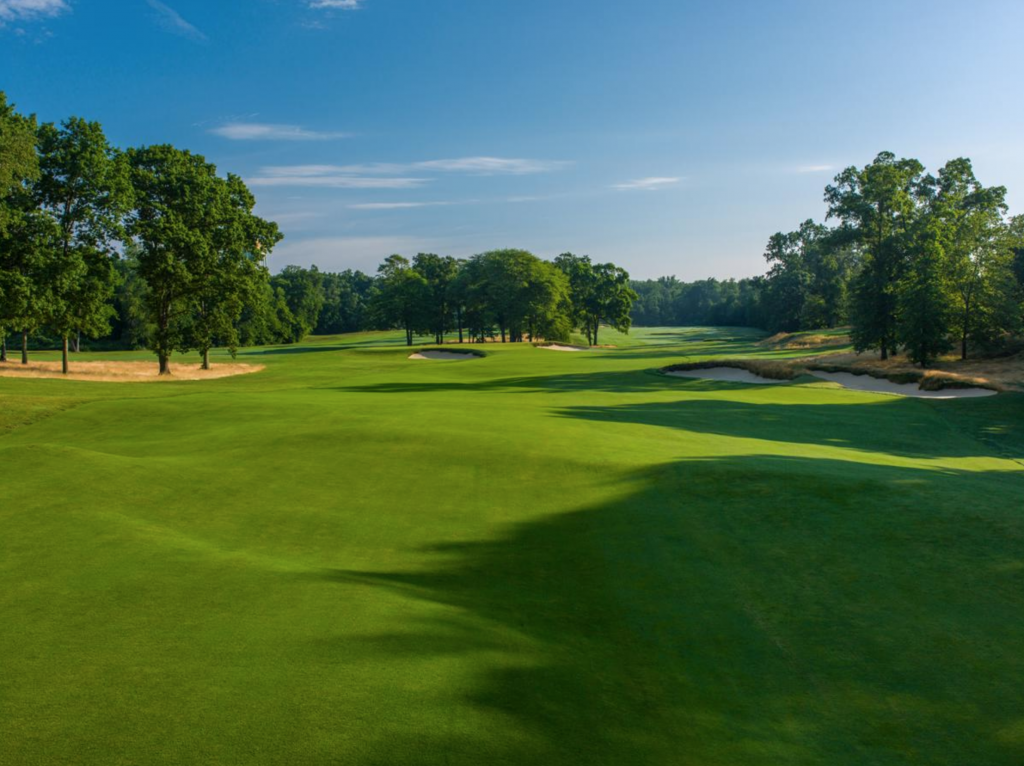 The original green was rather ordinary — 6,500 square feet and essentially a flat oval. The new green has been reduced to approximately 5,200 and with three distinct sections accentuating considerably the need for accuracy for the approach shot to an extremely rigorous level.

The green is slightly elevated above the fairway and is set with three specific lobes. The location of the pin on any day dictates the nature of the strategies for golfers to consider. Like any superlative short par-4 — the belief that such a hole is “easy” because of the lack of length belies the golfing pain inflicted on any player who sloppily negotiates the design puzzle encountered.

When standing on the tee the qualities of the hole will not shine brightly because the land is fairly ordinary. The trepidation comes after the tee shot. The ideal play is to favor the right side but one must be mindful of two fairway bunkers adroitly positioned on that side. A carry of 270 is needed to escape their tentacles and should success happen the resulting angle for the approach is much more favorable. Bear in mind, the hole does not simply acquiesce simply because of a more favorable angle.

Those who venture down the left side will face a far more testing approach. A center-placed bunker — that’s quite deep — stands vigilantly on guard. Golfers also have to pay heed that any overzealous approach can easily run-off the rear side since it’s cut to fairway height. Those poor souls venturing there will encounter a most testing situation in order to recover and escape with par. 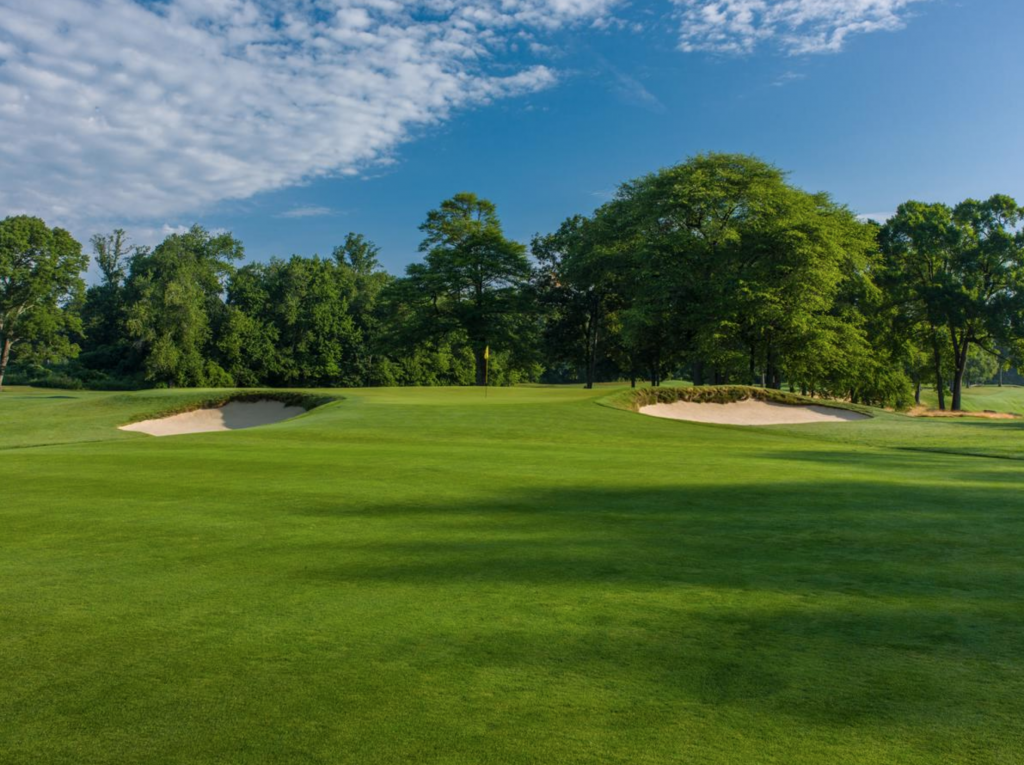 The immediate frontal right section is quite narrow and is guarded in a far more rigorous manner than the gold at Fort Knox. When the pin is placed in this “neck” — woe to those who go too far left or right off the tee and attempt to land near the pin. The equivalency is similar to watching fighter jets land with utter precision on the deck of an aircraft carrier — one’s approach had best demonstrate no less comparability.

The scary part of the 5th comes from the fairway view because since there’s little width to the green and because of its elevation the “effective” viewing element on the approach can be a daunting matter to overcome mentally. The green will hold the well-executed play but never embraces the timid or too aggressive attempt.

“Depending on the lobe where the flagstick is for a particular day, the golfer should really try to get an angle where they can hit down the length of the lobe,” said DeVries. ” If you miss your preferred angle, you must then have really good yardage control to stay on the narrow, elevated green. Sometimes, the safer shot is not go at the pin. For instances, when the pin is tucked right behind the left bunker, a good miss is wide left, giving the player a simpler, more open play to the hole.”

Stellar short par-4’s provide a democratic connection to varying handicap types. Short hitting players have an opportunity to secure a par and even birdie if executed properly. Conversely, for lower handicap players the 5th can inflict serious mental pain for any shot not planned precisely and executed with confidence.

Such players who ignorantly see “355 yards” as being ripe for the taking may quickly find a healthy sting to both pride and ego as they leave the hole and shake in their head in disbelief as their pocket has been swiftly and so thoroughly picked.