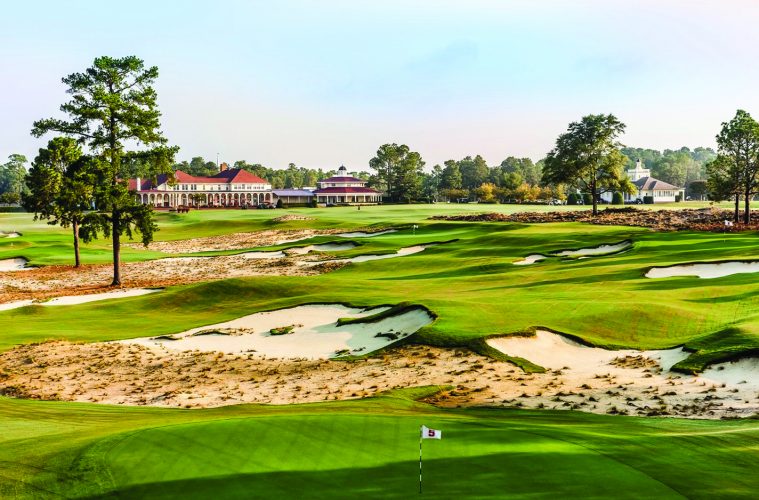 When winter rolls around, despite the cooler temperatures, people still want to get out of town and knock around the little white pill. And the winter months are “value (or bargain) time,” with green fee rates a fraction of their typical cost.

While many of our friends from Canada and other points north head all the way to Florida during the winter months, numerous other local and budget conscious golfers suffering from cabin fever arrive in the Sandhills from easy driving distances all along the East Coast.

The golf courses generally aren’t terribly crowded, so golfers can enjoy faster rounds. And while the layouts may not be as green as they are in the spring, the quality of golf is still pure.

As it is most of the time, golf is on everyone’s mind around the Pinehurst and Southern Pines area as we approach the winter months. But, perhaps even a bit more these days.

Most noteworthy has been the historic news in September that the United States Golf Association (USGA) will be establishing “Golf House Pinehurst” — which will include, by the end of 2023, a new equipment-testing facility, innovation hub, and a museum and visitor center. The $25 million investment includes the construction of two buildings that will house 50 full-time USGA staff members near the clubhouse on the historic Pinehurst Resort property.

Most exciting for golf fans, the USGA also announced four additional U.S. Open Championships to be contested on Pinehurst Resort & Country Club’s famed Course No. 2 – in 2029, 2035, 2041 and 2047 – joining the previously scheduled 2024 national championship. The historic news means Pinehurst and the Sandhills of North Carolina will serve as the USGA’s first anchor site for the U.S. Open. 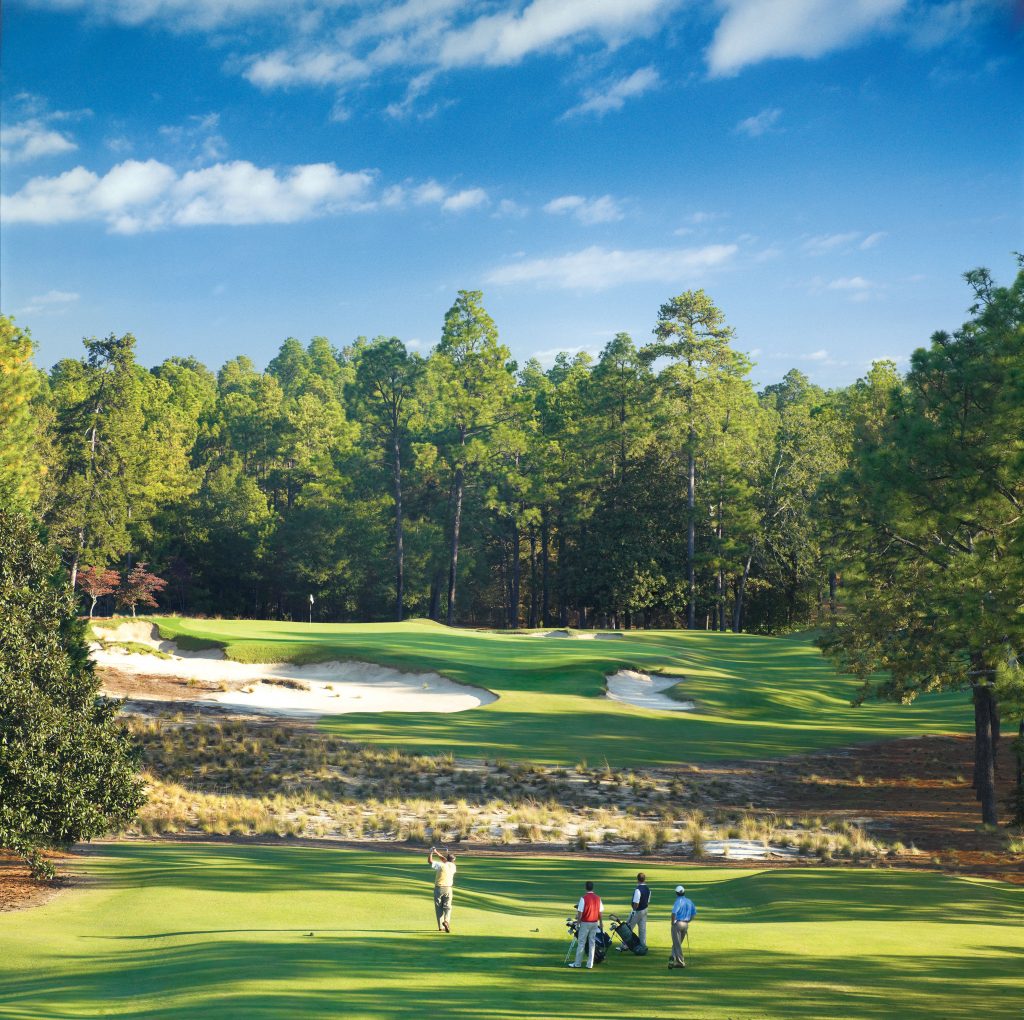 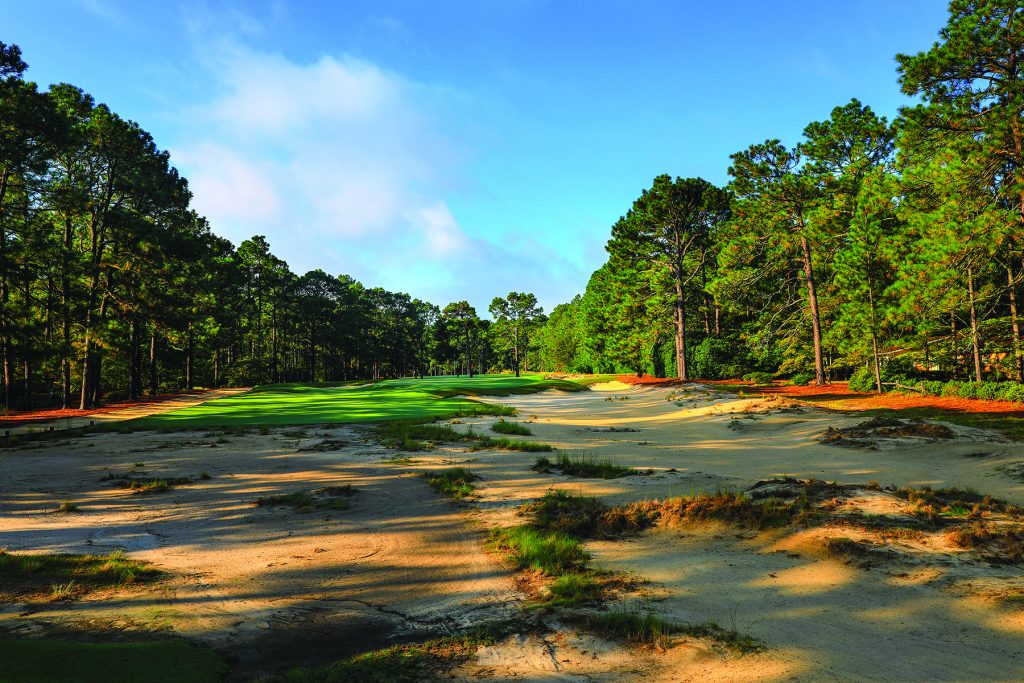 In 2021, The Country Club of North Carolina will play host to another USGA championship event, the U.S. Junior Amateur. This will be the third USGA event contested at CCNC since the club’s debut in 1963. CCNC also will become the 16th site to have hosted both the U.S. Junior Amateur and U.S. Girls’ Junior. Along with its two previous USGA championships, CCNC played host to the 1972 U.S. Professional Match-Play Championship — won by Jack Nicklaus — seven Southern Amateurs, four Carolinas Amateurs and seven North Carolina Amateurs.

Southern Pines Golf Club, a vintage Donald Ross-designed course dating to the early 1900s, is now under management of the company that owns and operates the Pine Needles and Mid Pines resorts nearby. An 18-month course improvement plan is being developed that is expected to include design tweaks from Ross restoration expert Kyle Franz, who has supervised restorations at Mid Pines (2013) and Pine Needles (2018), both of which have drawn critical acclaim from wide circles in the golfing community; resurfacing the greens; and rebuilding the bunkers and cart paths.

Franz said he fell in love with the property more than a decade ago when he worked on Pinehurst No. 2. Southern Pines GC will remain a hub where the Southern Pines community can play golf, swim, or visit the grill for breakfast or lunch. Golf has been played on this site since at least 1906 and newspaper records indicate an 18-hole Ross course was operational by 1923, with a new nine having opened in 1924. The Elks bought the course in 1951 from Mike Sherman, a Connecticut businessman who had owned it since the post-World War II days. Before then, it had been owned and operated by the town of Southern Pines.

Other major renovation work has been done on area courses recently including architect Gil Hanse’s facelift of Pinehurst No. 4, along with The New Course at Talamore Golf Resort and the neighboring Mid South Club. 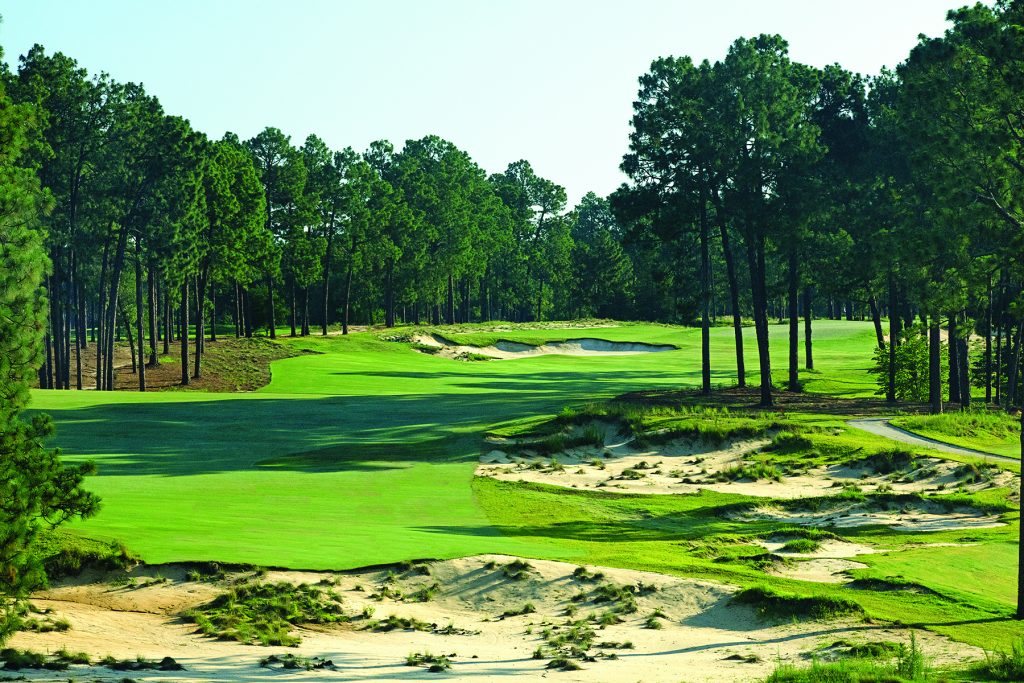 When GOLF Magazine recently released its highly anticipated list of the Top 100 Courses in the United States, Pinehurst Resort was well represented. Images of No. 2 and No. 4 were featured on the cover of the issue, split nationally with No. 2 on half the issues and No. 4 on the other half. No. 2 was ranked 11th overall and second in the Southeast, while No. 4 debuted at 92nd and 15th in Southeast. In addition, the region boasts 9 of GOLF Magazine’s Top 20 Courses in North Carolina, including Tobacco Road and Dormie Club. 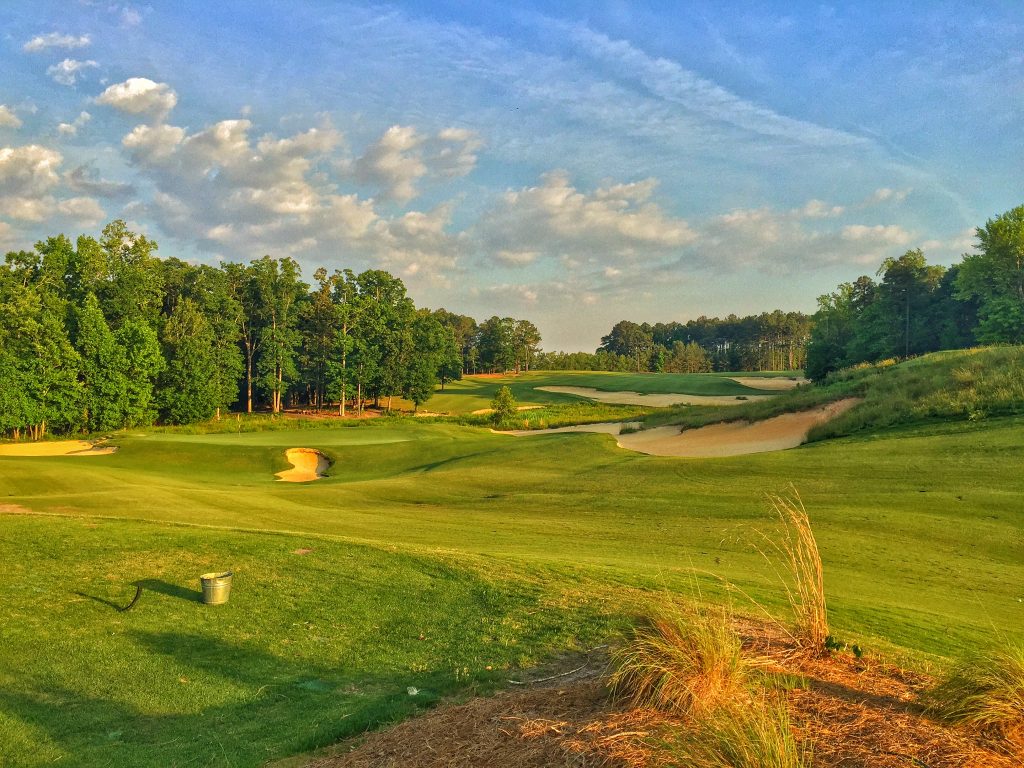 Last but not least, The Cradle at Pinehurst Resort has been an overwhelming smash hit with all golfers, but with the millennial crowd in particular. Golfers can plunk down $50 and play as many holes as they like on the Hanse-designed, par-3 layout. The Cradle is now a “must play” at the resort — 789 yards of the most fun you’ll enjoy on a golf course. 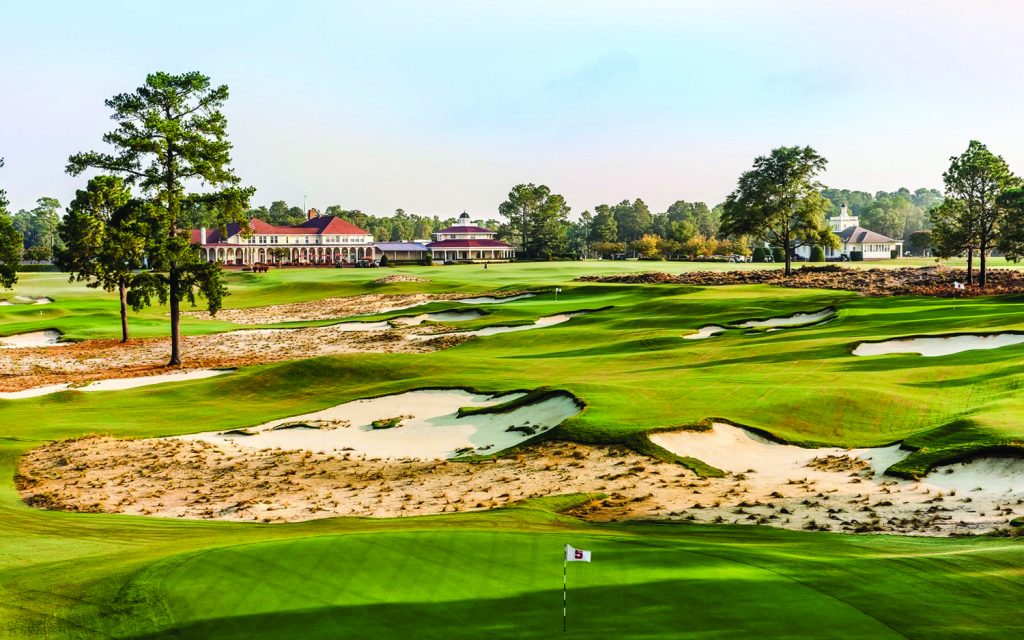 Gil Hanse designed and created The Cradle before he worked on Pinehurst No. 4 restoration

So, this winter, when you’re ready to get out and play, come visit the Home of American Golf …. which we could also affectionately refer to as golf’s “winter wonderland.” And check out the latest packages and deals at www.homeofgolf.com.