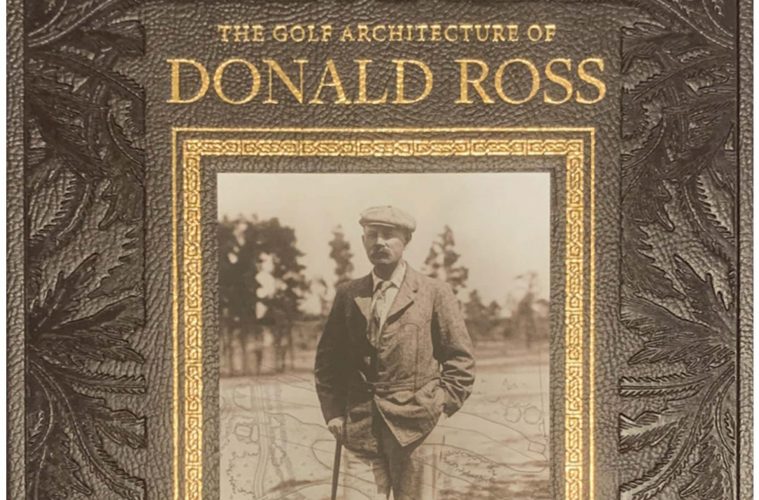 The Golf Architecture of Donald Ross

After graduating from Georgetown University in 1970, I went to work on Wall Street and spent much of my career as an investment banker with Goldman, Sachs & Co. in New York and Los Angeles. I did not start playing golf until later in life, joining Los Angeles CC over 30 years ago where I am still a member.

I was introduced to Donald Ross golf courses when I moved to North Carolina about a dozen years ago. That eventually lead to joining the Donald Ross Society where I became more involved over time.

Despite having played a lot of golf over the years, and as unlikely as it might seem, I had never gone on a golf trip. All my play was local. In February, 2012 I took my first golf trip heading to the Clearwater, Florida area for a week to play nearby Ross courses including both the East and West courses at Belleair CC, Sara Bay CC, Palma Ceia CC, Bradenton CC and the Belleview Biltmore GC.

It was an incredibly novel — for me — and fun experience and I eagerly looking forward to each day’s golf. Despite what seems like unending series of golf trips since then, this first trip is the one that stands out by far and the one I most often think about.

What was the genesis for the book — The Golf Architecture of Donald Ross?

When I started playing Ross courses, others in my foursome frequently made comments like Ross “always did this” or “never did that” when talking about his golf architecture. At first, because I didn’t know any better, I tended to accept these comments as factual, but over time, I realized they were simply inaccurate.

Members, particularly new members, of the Donald Ross Society often have questions about Ross’ work which we responded to as one offs and I thought we could do better with a more comprehensive review of Ross’ work.

This ties in with the mission of the Donald Ross Society — to promote the recognition of Donald Ross, the excellence of his golf architecture and the preservation and/or restoration of his courses.

You’re an active member and leader of the Donald Ross Society — how did that involvement commence and outline the primary emphasis for the group?

Shortly after moving to North Carolina, a friend of mine from Los Angeles CC visited and one the local courses we played was Hope Valley CC, a Donald Ross course in Durham. At the time I was a member of a different local club and the pro who arranged for us to play Hope Valley said if you liked Hope Valley so much, there are a lot of other Ross courses in the state.

I played them all as well as a number of Ross courses in South Carolina and Virginia by the end of 2011. On a trip back to Los Angeles in 2012 while playing LACC again with that friend, I was describing my Ross experiences and he replied “You know there is a Donald Ross Society.” I didn’t know that and joined soon after. I have remained a member ever since.

Personally, researching the book was clearly a time-consuming effort. How long a time frame did it take and how many courses did you personally visit?

I played Hope Valley CC in 2010 and in September, 2017, I played Rolling Rock Club in Pennsylvania, the last Ross course on my list. Or so I thought. A month later a fellow Ross Society member sent me an article from a 1914 New Jersey newspaper discussing how Ross had been brought in to bunker Raritan Valley CC, a course originally laid out by HH Barker in 1912. The two had collaborated previously including at Columbia CC in Chevy Chase, Maryland. I played Raritan Valley that month. Then Chris Buie’s book, The Life & Times of Donald Ross, was published in which he identified 10 additional courses Ross had worked on that had not previously been on a Ross course list. I played those in 2018.

Since then, a handful more have been added. As a result of digitization so much old media, golf historians have enabled research to identify courses Ross worked on, where previously there was not known to be any connection.

One of the most noteworthy such courses is the West Course at Westchester CC in New York which has hosted over 40 PGA tournaments. The course was originally laid out by Walter Travis in 1922 but by 1925 the course was experiencing problems. Ross was hired and he ended up making significant revisions to the course, all of which have been documented by the club’s historian.

Was there difficulty in gaining access to certain private clubs and if so, who were they and how did you resolve those situations?

The majority of Donald Ross courses are at private clubs but there are also a number that are open to the public. Being a member of two private clubs I was able to gain access to most of the private Ross courses.

Also, as a member of the Donald Ross Society I got to know members of various Ross courses, some of whom hosted me as I did them at Los Angeles CC or Hope Valley CC. There are a number of Ross clubs where you can only play as a guest of a member.

From the many visits you made — what Ross courses stood out the most of you — on both the private and public side?

There are a lot of outstanding Ross courses but to narrow the list down to a handful — approximately five — private, public and resort courses I would include the following:

Public resort: The Broadmoor in Colorado; Pinehurst #2 and Pine Needles in North Carolina; French Lick Resort in Indiana and Bedford Springs in Pennsylvania. 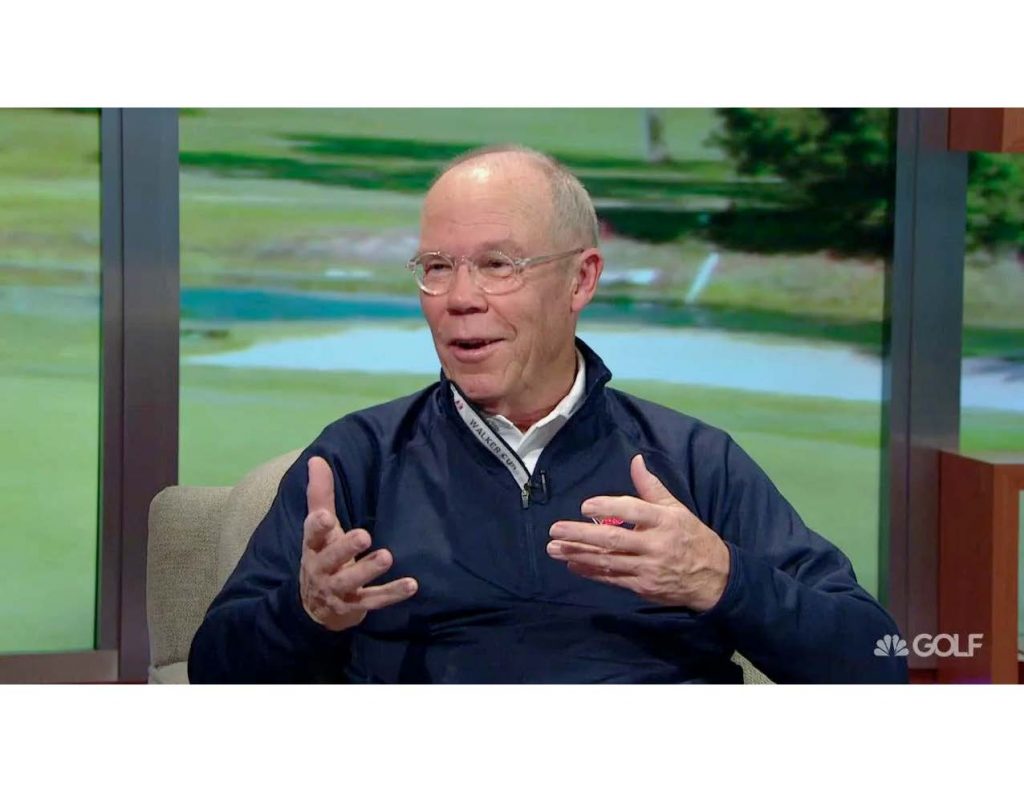 Much has been written about Donald Ross over the years. Since your focus was on the architecture side what were you able to find out that you were not previously familiar with?

I have played and extensively photographed all of Ross’ existing courses and collected copies of every routing, hole and green drawing I could — about 1,500 — which I have studied and compared to the corresponding course today.

The body of Ross’ work is absolutely remarkable. He did not use template holes, he did not have the luxury of moving mountains of dirt like modern golf architects, and he was presented with properties with wildly different locations and terrains on which to design a golf course.

Nevertheless, Ross managed repeatedly to craft excellent courses that were both challenging for the best players yet manageable, and even enjoyable, for the higher handicapper. Another aspect of his work that is evident from study is the economy of his work. Ross was terrific at adding strategic consideration to a course that was neither very expensive to construct or to maintain. You can’t help but begin to appreciate the timeless appeal of his work.

What do you think Ross would say on how golf has evolved since his passing in 1948?

I don’t think Ross would be surprised at all by the way golf has evolved since 1948. Over the course of his career the ball was improved and steel shafts were adopted among other developments including course conditioning.

It is evident from his writings clubs wanted to add more and more length to courses even in the 1920s — does that sound familiar? In fact, later in his career, Ross focused on putting more movement into his greens as a last line of defense for the hole.

If you could speak directly with Ross today — what would be the single key question you would ask him and what do you think his response would be?

I would ask him what he thought of the way the professional game has evolved from his time to today. I don’t think he would begrudge the money and opportunities open to professional players today.

How do you think Ross would react to those changes made at a number of his most prominent designs. And the most recent efforts to reconnect at such clubs as Oak Hill, Oakland Hills and Inverness and Pinehurst #2?

I think Ross would be gratified prominent clubs such as Oakland Hills, Inverness and Oak Hill have restored his designs undoing the work of other architects in the years since he died.

Furthermore, such clubs can continue to host major tournaments despite being landlocked and unable to add significant length to the course is added confirmation of how exceptional a golf architect Donald Ross was.

How do you think Ross would react to the distances current golf balls and clubs attain today and the resulting impact that has had on golf architecture generally? Would he favor a rollback — a possible bifurcation of the rules — between elite players and those at the recreational level?

I don’t think he would advocate a rollback or bifurcation of the rules. As I mentioned, during his career, he was making adjustments taking into account improvements in the equipment, course conditioning etc. and responding in ways other than just lengthening courses.

Stop club’s lengthening golf courses because only a tiny fraction of the membership can hit the ball such long distances.