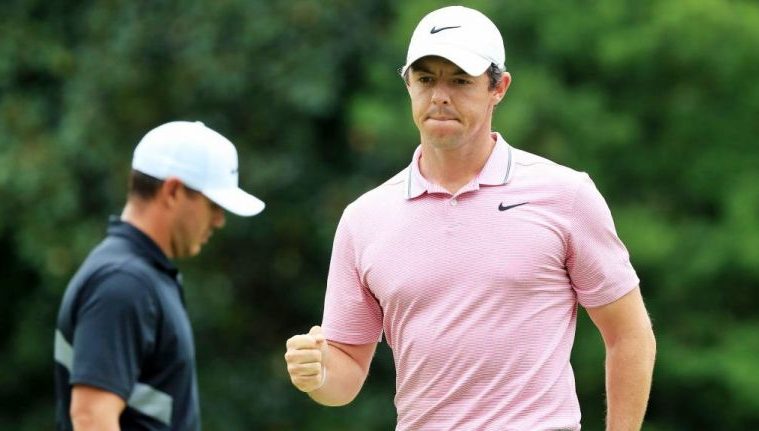 ATLANTA, GA. Lost in all the endless banter on the daily gyrations of Tiger Woods and whether Brooks Koepka looks good naked via his recent photo shoot is the re-emgergence of Rory McIlroy and the solid play he demonstrated throughout 2019.

Yes, Rory claimed the season ending FedEx Cup Playoff event at The Tour Championship at East Lake claiming the staggering sum of $15 million. But the victory went far beyond the money earned and the now #2 world ranking.

Think for moment — where Rory was at just several weeks ago.

When McIlroy failed to make the cut at The Open on home soil at Royal Portrush the golf world was scratching their heads in bewilderment. How could Rory fail to deliver in such a magical moment? A opening 79 and his very first shot off the 1st going out-of-bounds?

On top of that when McIlry made it to the final group the very next week at the WGC FedEx St. Jude Invitational in Memphis his playing partner was none other than the world’s top player — Brooks Koepka. It was Koepka sending a very loud and clear message to Rory when paired together for the first time in the final group of professional event. Koekpa shot 65 and McIlroy 71 but the margin seemed far larger than that. 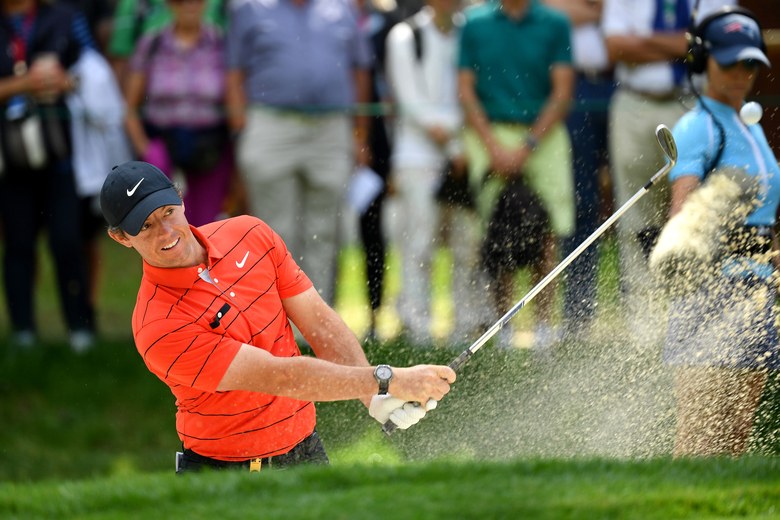 The duo went through a similar situation at last week’s Tour Championship and it was McIlroy returning the favor — scoring 66 to Koepka’s anemic 72 in the final round. The win provided the Ulsterman with his second FedEx Cup triumph – matching Tiger Woods — and claiming his 3rd win the PGA Tour this season and 17th on the PGA Tour. The key to remember is what those other two events were — The Players Championship and Canadian Open — both quality titles.

The Rory we saw during the final round at The Tour Championship displayed the kind of form that generated wins very quickly with four major championships by 2014 by age 25. McIlroy is still at that number and it won’t be till ’20 that Rory can change that most important storyline. Rest assured — Rory knows full well he needs to end that streak as quickly as possible.

Winning majors defines careers. So does losing them. So does having unfulfilled potential and failing to deliver. Rory is not the poster child for that dubious distinction — that title rests with the even more puzzling Dustin Johnson. For McIlroy to truly regain the upper hand he needs to demonstrate he can win again at the majors. And doing so at Augusta National next year in claiming his first green jacket but joining the elite career Grand Slam winners would clearly jettison his name far above any other player. But, even if Rory can’t claim a Masters win so long as he can win any other major in ’20 his career trajectory is clearly in reset mode and once again he becomes golf’s top player.

But the tussle with Koepka will not be anything less than a high stakes mano a mano collision. Frankly, Brooks needed to have Rory send him a message to kick his game up even higher than what he’s done to date. 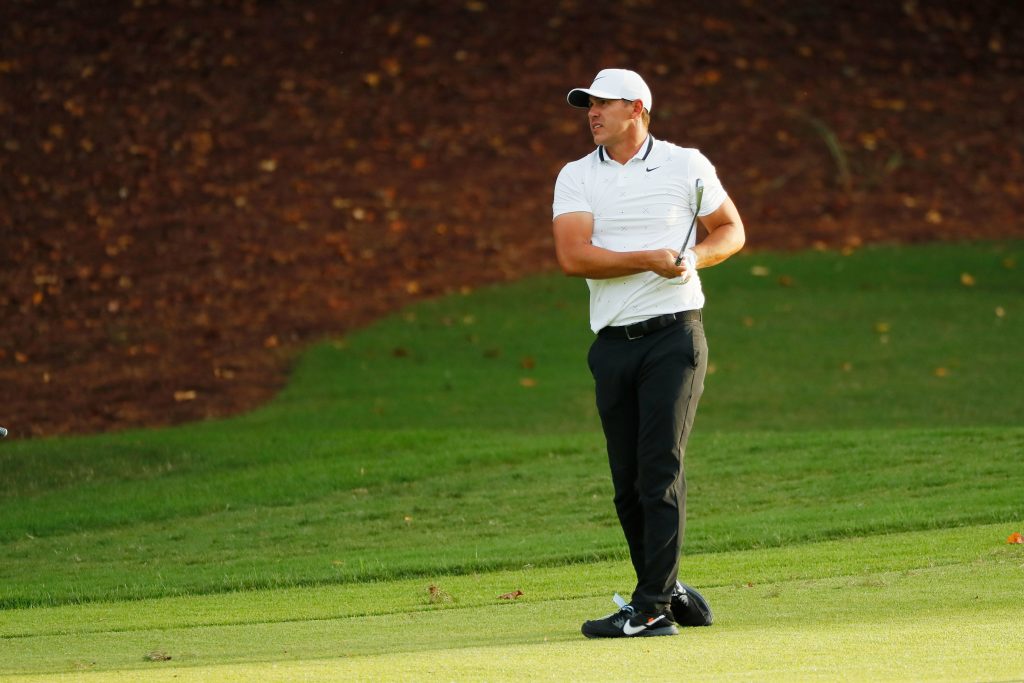 The blossoming rivalry between McIlroy and Koepka will be most interesting to watch. Both are fierce competitors — both know the other is the golfer most capable in standing in the other’s way. McIlroy is now 30 — Koepka 29. Their prime golfing years are just ahead.

What’s interesting to point out is that both players have not demonstrated their “A” games at the same time. We don’t have, thus far, a Duel in the Sun moment that Watson / Nicklaus had at Turnberry in 1977.

Until the derailment at East Lake, there was little to believe Koepka was not going to continue on his upward ascension. He led going into the final round and given what he had done to McIlroy in Memphis there was little to believe the same storyline would happen again. But McIlroy raised his game and, unlike all other highly ranked pretenders, actually showed Koepka he is more than capable in playing his best golf when circumstances warrant — and better yet doing so right in his presence.

McIlroy stated his main motivation at East Lake was winning — getting the hardware. Yes, the $15 million is nothing to sneeze at — but Rory knows full well the story is winning.

Providing each stay healthy there’s little doubt these two figures will be the main golf focal point. Yes, there are other competitors to watch with the likes of Dustin Johnson and Justin Rose still fully capable in adding thei names to the mix. There’s also the new up and coming younger players — like Hovland, Wolffe, and Morikawa, to name just three — looking to push their games to even higher levels.

The issue for McIlroy, as it is for a number of superior ball strikers, is to show more consistency with the flatstick. During East Lake’s final round, NBC golf analyst Paul Azinger summed up McIlroy’s final round play succintly — “he drove it like Nicklaus and putted like Crenshaw.” Rory’s full swing is beauty in motion and in golf today there is no finer driver of the ball. In the past Rory has shown a tendency for a mechanical putting stroke — the fear of missing always lurking instead of the desire to convert clear opportunities. Can he consistently show such prowess on the greens in the years to come? That answer will clearly determine his overall standing in the game. Should he match, or even surpass, the form he showed at East Lake then the message will be a very loud and clear one to all who attempt to unseat him. 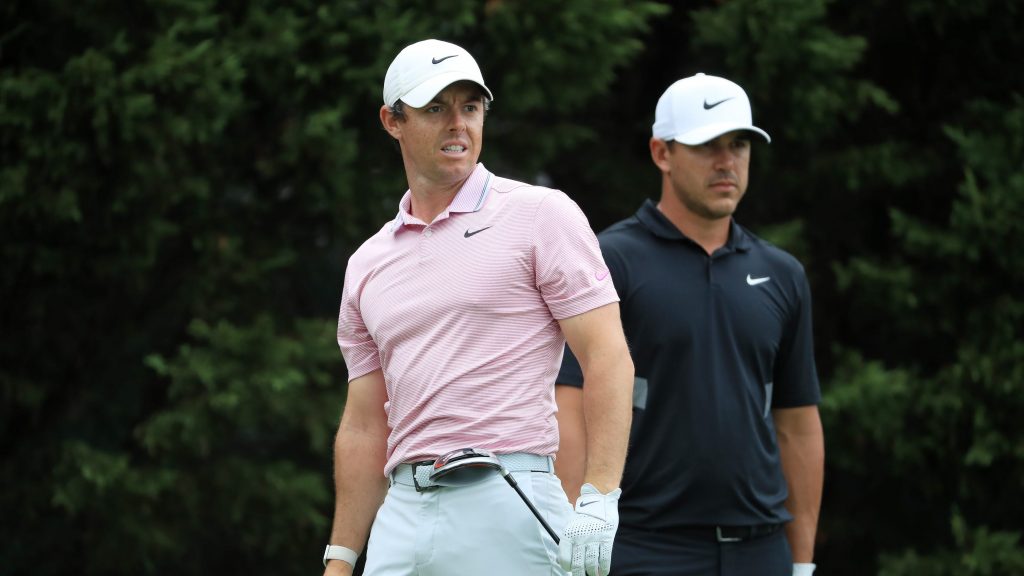 Koepka relishes competition and in 2019 — he displayed a high stakes form in the majors not seen since the heyday of Woods. Brooks does not permit outside distractions to stand in his way. You can be sure that the sting from East Lake is eating at him because the gap that could have been is nowhere near as wide as it could have been with a win in Atlanta. He still commands the top spot and given his performance in the game’s biggest events in 2019 the player-of-the-year award. But his top postion now rests on sand with McIlroy — not concrete.

Both men can clearly push one another and the main questionmark will be which of the two prevails when round 3 commences. The prospects of such battles leaves golf fans yearning for more on the horizon.