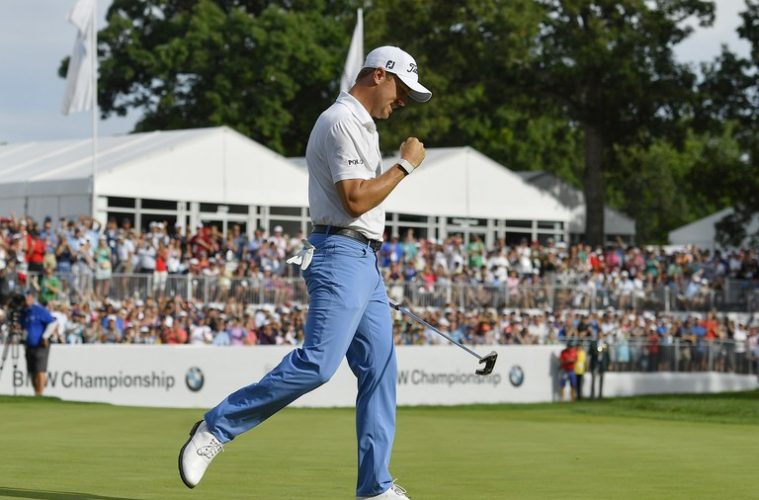 MEDINAH, IL. When Justin Thomas failed to make the cut at this year’s US Open at Pebble Beach there were silent whispers wondering if the young tour star would rebound and return to form with a number of key events taking place in the second half of 2019.

A wrist injury caused him to miss three tournaments in 2019 and the abrupt exit at the US Open clearly raised concern – but never alarm. 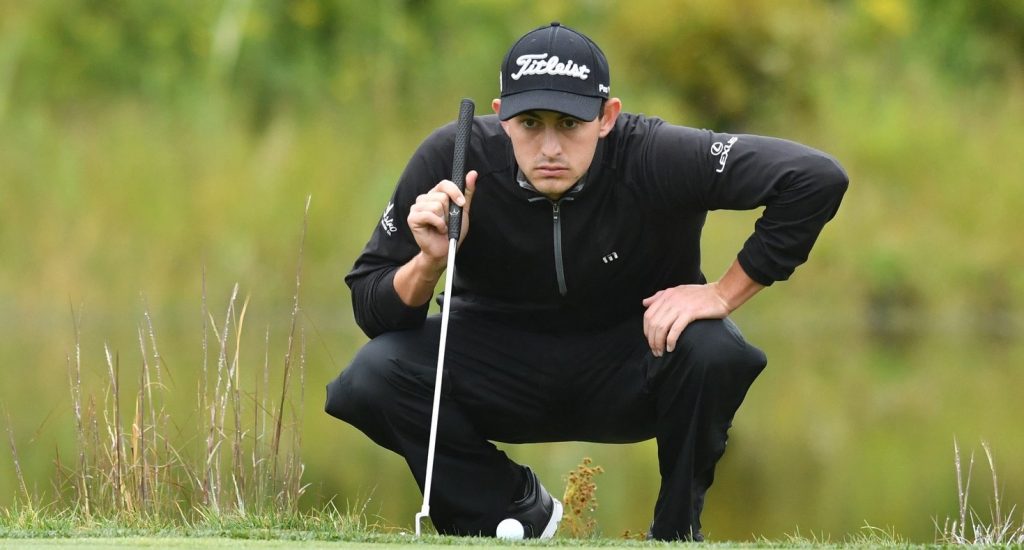 The win marked Justin’s 10th triumph on the PGA Tour — but first since claiming the WGC Bridgestone Invitational a little over a year ago. Thomas entered the final round with a six stroke lead and while the margin over runner-up Patrick Cantlay dropped momentarily to two shots, it was Justin who finished strong ending the event in solid fashion with a closing birdie at the final hole. His four round total of 263 was aided by a 3rd round course record 61 — which included hole-outs as dramatic as an eagle two at the demanding par-4 16th hole — and a three stroke margin.

Thomas moves to 5th in the world golf rankings after starting the week in the 10th position and he secures a spot on the American squad for the upcoming Presidents Cup Matches to be played in December at Royal Melbourne.

Amazingly, when Thomas was just starting his pro career in 2013, he was often mentioned as the close pal of fellow PGA Tour star Jordan Spieth. Justin was quick to dispel the misguided viewpoint of many that his primary role was simply in being viewed as Spieth’s sidekick. By 2017 Justin snared his first major with a win at the PGA Championship at Quail Hollow and since that effort has outplayed his junior golf rival.

The issue for Thomas has been re-establishing his confidence level. Much of that has come from a highly productive putter which was clearly front and center during his march to victory at Medinah. In years past, Thomas has displayed a superior tee-to-green game but his putting prowess has sometimes meant scores not maxed out to the lowest number possible.

Thomas, like Patrick Reed who re-emerged from winning last week in New Jersey, are now back in the picture and ready to reassert their presence. The Tour Championship at East Lake is the concluding event for the 2018-2019 PGA Tour.

*Tiger Woods will not be defending his Tour Championship from 2018 as he failed to crack the top 30 finishers in the playoffs. Woods finished meekly with a par-72 final round and a 281 total. Tiger entered the BMW at the last moment after pulling out after the 1st round from last week’s Northern Trust event after a stated injury. The main issue facing Woods is will he select himself as a captain’s choice since he is captaining the American team. 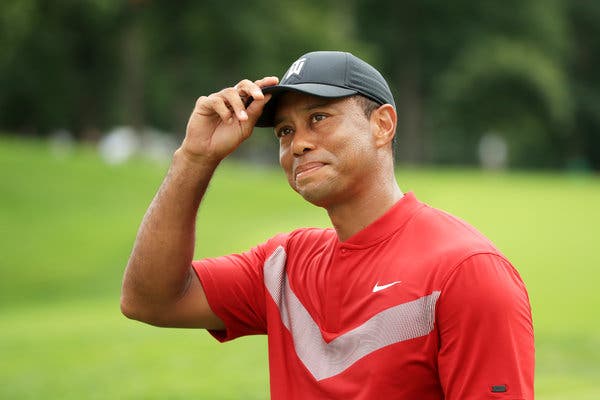 *Medinah #3 played soft the entire week and the resulting turf conditions prompted a birdie fest with players knowing full well that keeping the pedal to the medal would be the only way to maintain close proximity to the top of the leaderboard.

*The BMW event is actually the corporate name for the long time Western Open, which commenced in 1899 and was considered a major event for many years until surpassed by The Masters. Sad to say, but since 2007 the actual name for the event no longer occupies the lead position. A pity.

*Thomas will occupy the top slot in the newly reconfigured Tour Championship and FexEx Cup Playoffs. When play commences Thursday, he will start the event with a two stroke margin over Cantlay at 10-under-par. The others in the 30-man field will be at various starting totals based on their position coming into the event.

*The 2020 BMW event is set for Crooked Stick Golf Club in Carmel, IN.

*Onward to Atlanta for The Tour Championship where the FedEx Cup champion will collect the stately sum of $15 million.