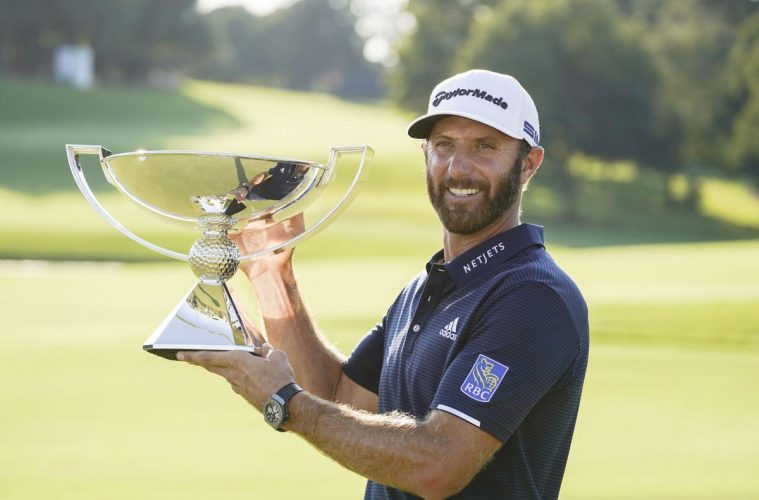 PONTE VEDRA BEACH, Florida – THE PLAYERS Championship announced today that 2020 FedExCup Champion and current World No. 1-ranked player Dustin Johnson has committed to the 2021 event, which returns to TPC Sawgrass the week of March 9-14. The 24-time PGA TOUR winner will be joined by fellow United States players Justin Thomas, Collin Morikawa and Patrick Cantlay, with all four in search of their first PLAYERS title.

Currently fourth in the FedExCup standings, Johnson entered last week’s World Golf Championships-Workday Championship at The Concession with four top-10s in five starts throughout the PGA TOUR’s 2020-21  season, but struggled to a T54 finish. The week marked his first finish outside the top-12 on TOUR since withdrawing from the 2020 3M Open following a first-round 78.

The 36-year-old, who is tied with Gary Player for 26th on the PGA TOUR’s all-time wins list, has at least one win in each of his 14 seasons on TOUR – tying Tiger Woods for the third-longest streak to begin a career in TOUR history.

Justin Thomas, who has just one top-10 in five starts at the event (T3/2016), can become the fourth player to win THE PLAYERS, the FedExCup, a major championship and a World Golf Championships event (Tiger Woods, Henrik Stenson, Rory McIlroy) should he come out on top next week.

The 27-year-old, who owns 13 career PGA TOUR titles, has eight top-25 finishes in nine starts thus far in the 2020-21 season, including a season-best T2 at the ZOZO CHAMPIONSHIP @ SHERWOOD last October. Thomas is currently No. 3 in the Official World Golf Ranking and eighth in the FedExCup.

Collin Morikawa will enter THE PLAYERS as one of the game’s hottest golfers following a victory at the WGC-Workday Championship at The Concession. The 24-year-old posted 18-under 270 for a three-stroke victory over Billy Horschel, Viktor Hovland and Brooks Koepka last Sunday in Bradenton, Florida. The victory, which marked the fourth of his young PGA TOUR career, allowed him to join Tiger Woods as the only players in history to win a major championship and a WGC before the age of 25.

Morikawa was one of a handful of first timers set to make his PLAYERS Championship debut at the 2020 event before it was canceled due to the onset of Covid-19. Following the TOUR’s resumption of play last June, he notched a playoff loss (Charles Schwab Challenge), playoff victory (Workday Charity Open) and his first career major championship title (PGA Championship) in his first seven starts. With his victory at TPC Harding Park, Morikawa became the third-youngest player since World War II to win the PGA Championship, behind only Rory McIlroy and Jack Nicklaus.

Patrick Cantlay, the current leader in the 2020-21 FedExCup, will enter THE PLAYERS in search of his first career top-10 in three prior starts at the event. The former UCLA golfer posted T22 and T23 finishes in 2017 and 2018, respectively, before missing the cut in 2019.

Cantlay, who turned pro in 2012, won his first PGA TOUR title at the 2017 Shriners Hospitals for Children Open before collecting his next two titles at the 2019 Memorial Tournament and 2020 ZOZO CHAMPIONSHIP @ SHERWOOD. The 28-year-old has four top-10s in the 2020-21 season, including two top-three finishes in his last three starts (2/The American Express, T3/Genesis Invitational).

For more information on THE PLAYERS Championship 2021, please visit THEPLAYERS.com.

About THE PLAYERS Championship

THE PLAYERS Championship annually combines the strongest field in golf with the world-class venue that is THE PLAYERS Stadium Course at TPC Sawgrass. Grant Thornton LLP, Optum® and Morgan Stanley are the exclusive Proud Partners of THE PLAYERS. Proceeds from THE PLAYERS benefit Northeast Florida charities and have totaled more than $100 million since it began in 1974 and moved to Ponte Vedra Beach in 1977. For more on THE PLAYERS, visit THEPLAYERS.com. For more on the surrounding areas, visit floridashistoriccoast.com or visitjacksonville.com.

Founded in Chicago in 1924, Grant Thornton LLP (Grant Thornton) is the U.S. member firm of Grant Thornton International Ltd, one of the world’s leading organizations of independent audit, tax and advisory firms. Grant Thornton, which has revenues in excess of $1.9 billion and operates more than 50 offices, works with a broad range of dynamic publicly and privately held companies, government agencies, financial institutions, and civic and religious organizations.