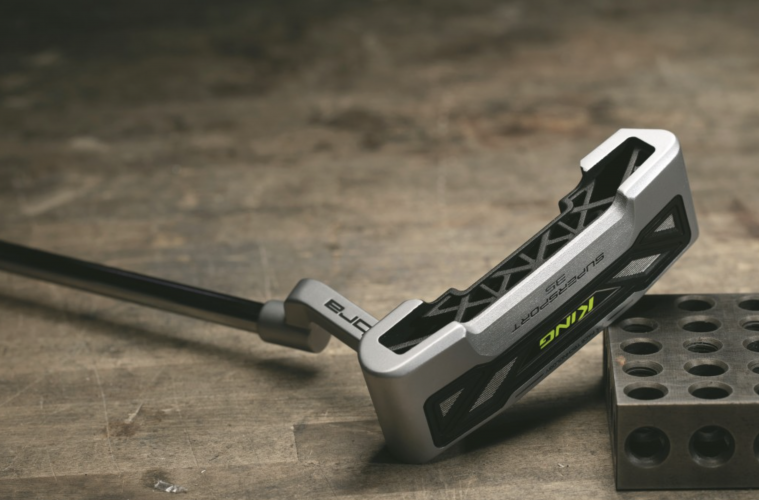 Favorites For A Decade

Our Favorite Gear Year By Year

Northeast Golf staffers often think about the state of the game and particularly the golf gear we feel has been significant by employing new technology or design to increase our enjoyment. Golf gear is constantly changing, and a big part of our job is to keep abreast of these changes to ensure we publish useful information for our readers.

It is not just the case, for example, of a new driver giving us more yards off the tee though that is part of it of course. It is also how does a club or ball or accessory fit with our game and how has the manufacturer employed materials and technology in the design.

Keeping this in mind we took a look at gear introduced in the past decade making a list of our favorites and the reasons why at the time they caught our attention.

The R11 was not just another driver and ten years ago TaylorMade was at the peak of its game producing top-rated drivers year after year. The R11 had the requisite ways to modify weighting and loft to fit the individual player including an adjustable loft hosel, an adjustable sole plate and replaceable toe and heel weight screws. But this popular 440cc driver had a distinction setting it apart from every other driver. The clubhead was not the humdrum black but matte white. This simple change had a far-reaching impact on metalwood marketing and can still be seen on their current SIM2 models. 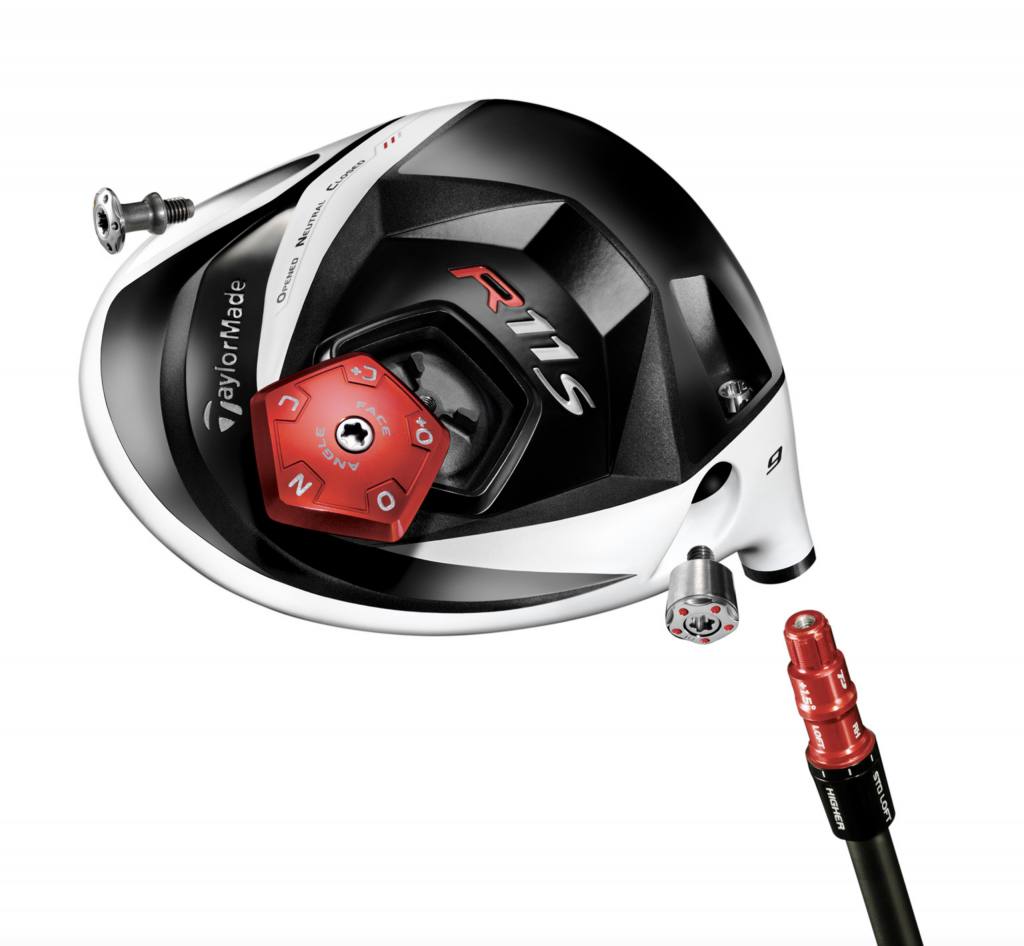 Ping’s G15 irons were a tough act to follow, but the 2012 super game-improvement G20s quickly found a following not just among high handicappers but with better players as well. The reason was simple, the G20s were easy to hit, very forgiving on mishits and the wide sole helped prevent digging in. Many including myself who had never really considered an iron of this category found the large offset and thick topline could be overlooked especially in the long and mid irons because of the G20’s results.

Mizuno Golf’s reputation for making irons was on full display with the introduction of the MP-64 model. The forged mild carbon steel solid heads had Mizuno’s modified U-grooves to effectively grip the ball, something better players are always looking for, and the sole profile of the compact head was designed with input from Tour players. The good-looking MP-64s had a cavity back design that was deeper in the lower lofts for playability and shallower in the mid and higher lofts for control and workability.

Push carts had been around for a while but Bag Boy’s TriSwivel II really put it all together from the pivoting front wheel to the hand brake on the push bar. The numerous well-thought-out features that attracted golfers such as the multiple pockets for accessories and a conveniently located parking brake made the TriSwivel II a real winner. It was lightweight, easy to fold and unfold with just three levers and an updated version is still in the Bag Boy lineup. 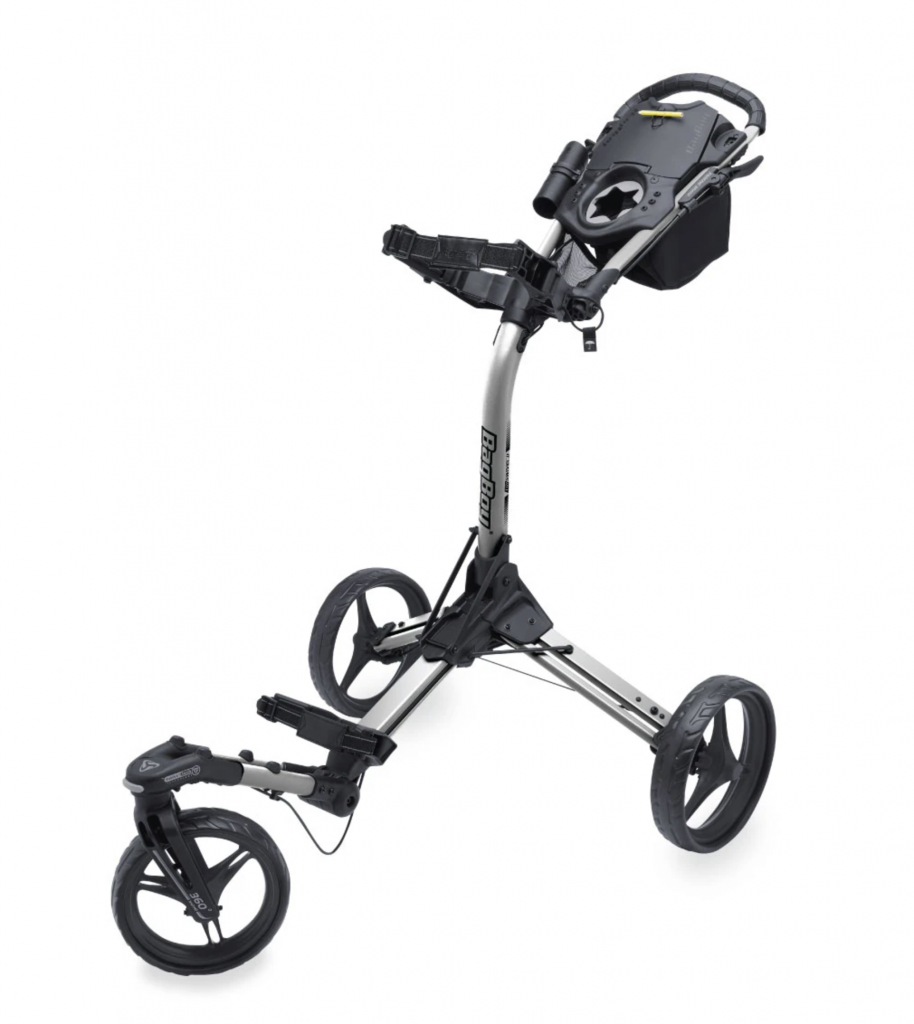 Callaway busted the myth low compression balls were just for players having slower swing speeds with the introduction of a premium ball with low compression and soft feel even better players liked. The Chrome Soft’s core was soft and compressed a lot at impact but retained the energy to produce higher ball speed for distance while the thin urethane cover helped players control the ball greenside. Chrome Soft was a big factor pushing Callaway into a solid second place in the ball business and in 2017 the Chrome Soft X was accepted even more by elite players followed this year by the lower spin Chrome Soft X LS. 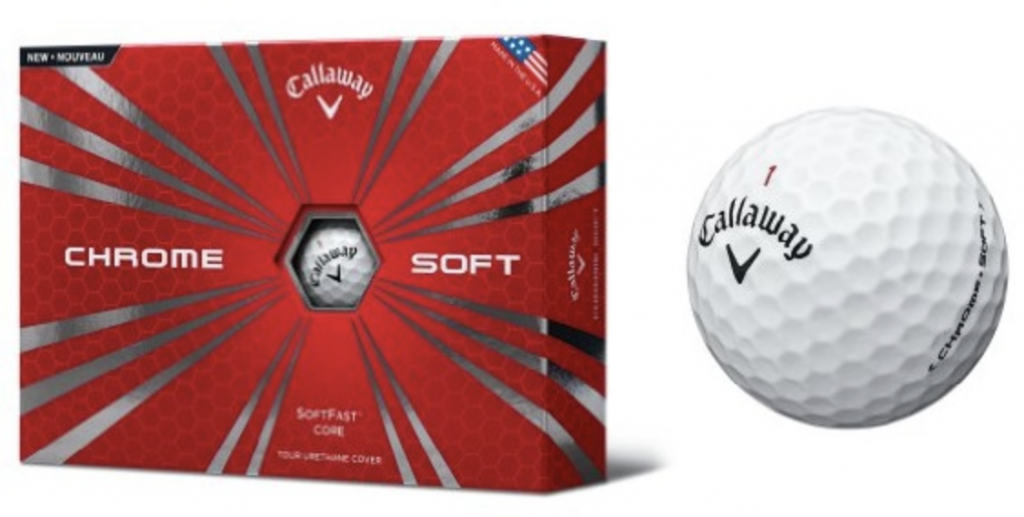 In 2016 putter guru Guerin Rife introduced the Evnroll putter that produced a breakthrough in distance control with a novel face groove design. Rife knew closely space grooves gave a superior roll but deadened the impact making distance consistency problematic. His solution was simplicity itself, wider grooves in the center of the face narrowing towards the heel and toe. The initial four styles were a big hit and Evnroll now offers a full line of 14 models.

To produce the best distance one of the problems driver manufacturers must solve is distortion of the clubhead as it impacts the ball. With heads made of ever thinner and lighter components and especially in the crown energy is wasted when it bulges out of shape, energy that could produce more yards down the fairway. Callaway’s Epic driver attacked the problem by putting two titanium rods running from the crown to the sole inside the head close the inside of the face to keep the distortion in check. The rods were tagged by the marketing department as Jailbreak rods and worked so well Callaway has been using them inside their premium metalwoods ever since and because they hold the patent, no one else can.

Dean Snell is well known in the golf ball business and after stints with Titleist and TaylorMade began his own ball company based on the idea of producing premium performance balls selling for prices about half of the competition. Snell Golf’s business plan of selling directly to golfers from their website was a hit, and in 2018 he upped the ante by introducing the MTB Black (3-piece) and MTB Red (4-piece). Both had thermocast urethane covers, were impressive off the tee and had controllable spin with irons.

Until 2019 the word on Titleist drivers was, they were “short with lots of spin.” These deficiencies were overcome with the initiation of the Titleist Speed Project that resulted in the TS series of drivers. To provide more speed weight was moved lower in the head and redistributed starting with a 20% thinner titanium crown saving 10 grams compared to the previous 917 model plus provided more resistance to twisting at impact. The main point however was it put Titleist back in the game and the TS2/TS3s had the performance so they could go head-to-head with anybody and they were put in the bag almost immediately by virtually all their Tour staff players. 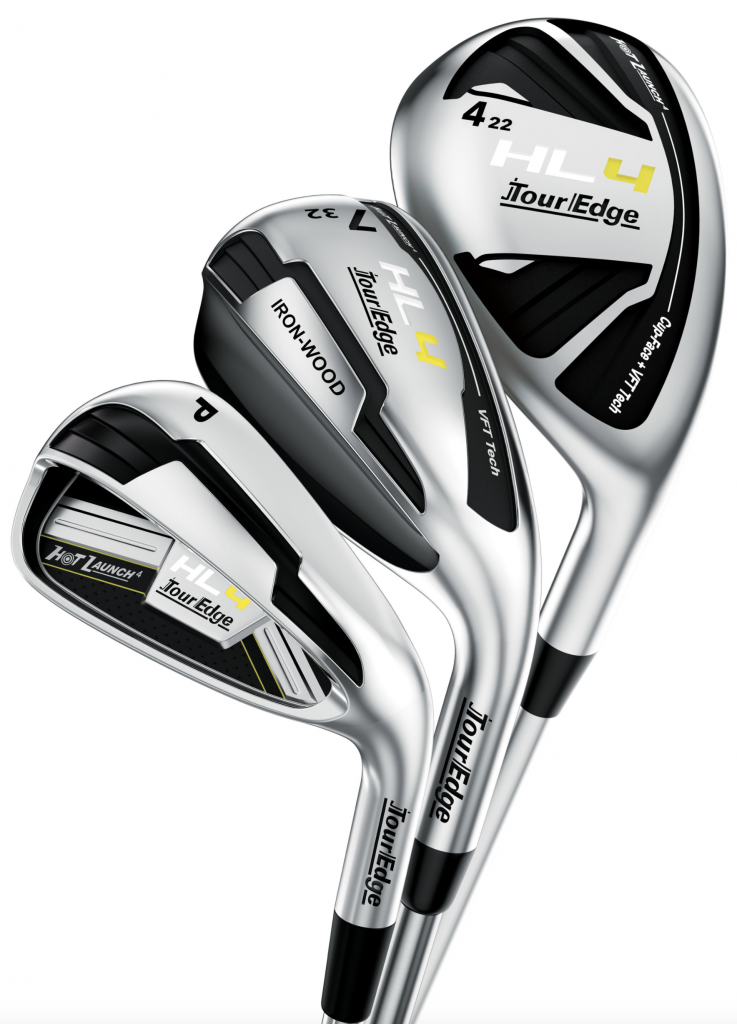 Tour Edge Golf realized early on that making and selling clubs with the latest technology and materials selling for prices one-half or less than others was a winning formula. The HL4 family—HL stands for Hot Launch—was the fourth in the popular series and came with all the bells and whistles less skilled and beginning golfers want and need. The HL4 driver for example had a cup face mounted in a titanium 460cc clubhead, a rear sole weight and sole channel plus the option of extra offset to help mitigate the effects of the familiar slice-producing out to in swing. All this at a very wallet-friendly price of $200. 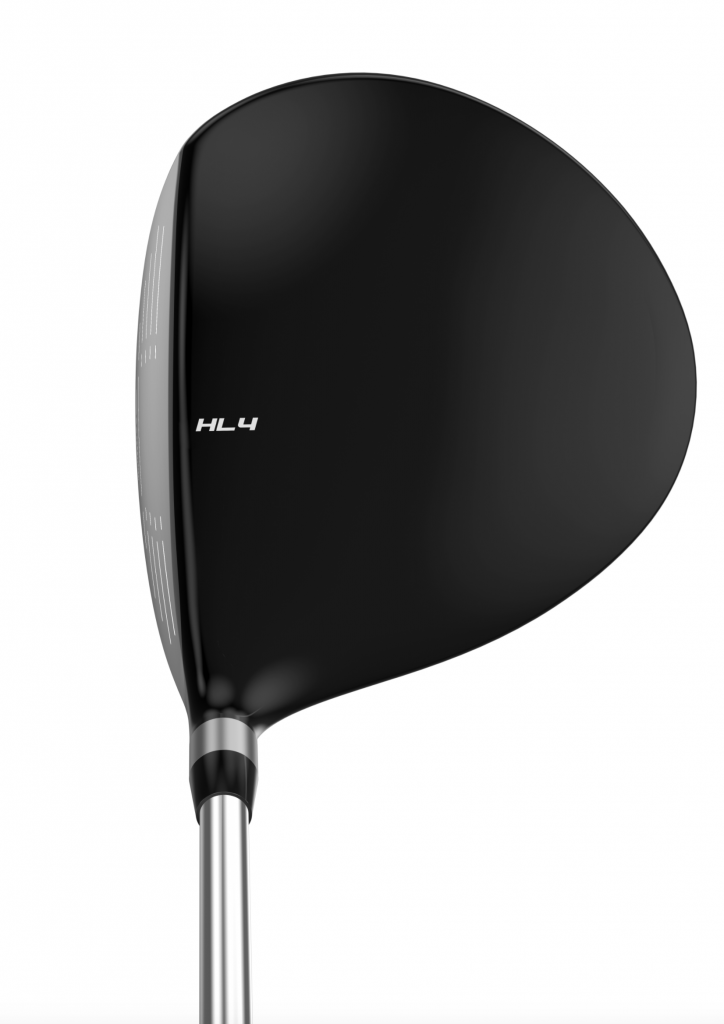 The research and development department at Cobra Golf has a history of forward thinking, a useful attribute for competing against larger companies and the Supersport-35 putter is a prime example. It is the first golf club to be manufactured entirely by 3D metal printing and may be the beginning of an important trend. Printing the putter head rather than forging or casting allowed an internal latticework for distributing the head’s weight for the best performance in a way no other process or milling can. The aluminum face insert is also a step forward making use of SIK Golf’s patented variable loft (4° top to 1° bottom) so even when the putter is slightly delofted at impact there is still sufficient loft to produce a proper roll. The word from Cobra is we can look for more 3D printed club components in the future. 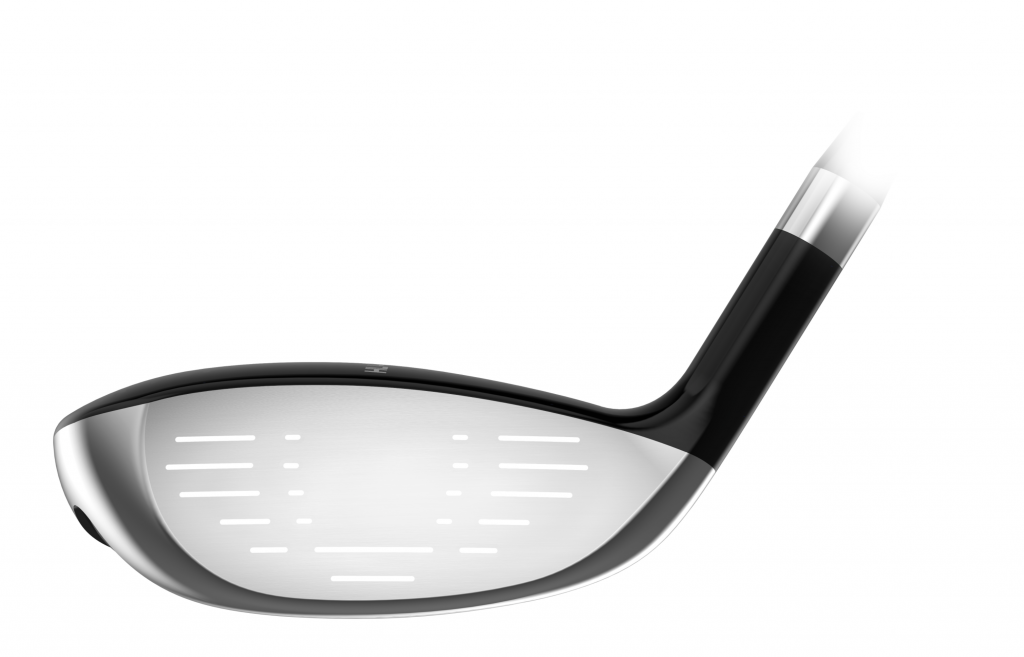