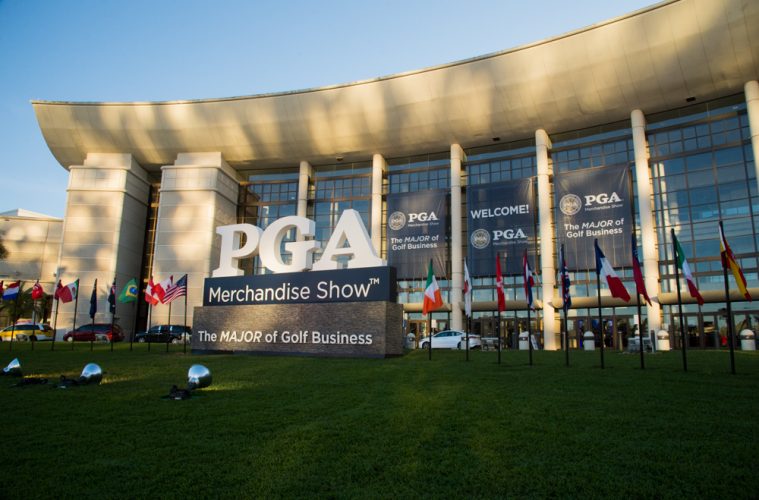 Matt WardJanuary 21, 202049 views
News0 Comments49 views 0
WHAT'S YOUR REACTION?
The PGA Merchandise Show which commences this week from January 22-24, is geared to promoting golf as a recreational activity worthy of one’s time and money. When Tiger Woods ascended into the professional golf ranks back in late 1996, the sport was on the launch pad with all appearances that no ceiling was in sight.

Back then the Orange County Convention Center, the long time site for the show, routinely sold out. Floor space was not only at a premium but prospective exhibitors often rented out space at adjoining hotels to be near the action. Fast forward to 2020 and the dynamics are far different. The Convention Center will not be at capacity and to generate additional revenue, show organizer Reed Exhibitions, have invited racquetball sports into the mixture. In short, the golf world is clearly searching for a formula —  a pathway linking its glorious past with a more promising future.

That pathway was significantly impacted by the magnitude of The Great Recession from 2007-09. The shock waves from that cataclysmic event are still  reverberating.  The overall health still in flux — especially on the facility side. Globally, America has the most players and number of courses, but in both categories, there’s been marked decreases. 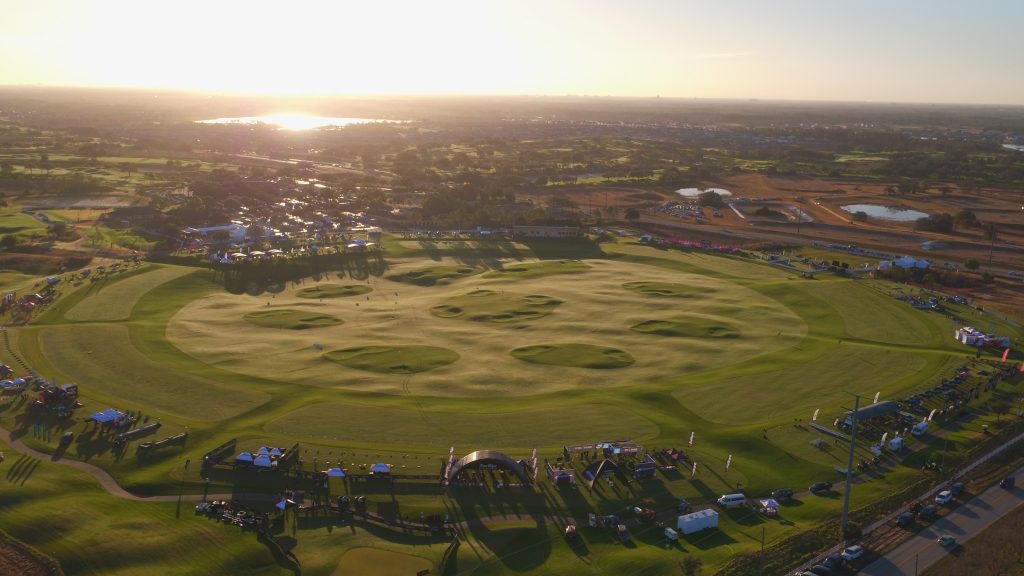 In 2005, golf participation peaked at 30 million players in America. That total has fallen to just under 24 million, according to the National Golf Foundation. New golf course construction in the United States is nearly non-existent — with closures a continual and dominant feature and with all indicators demonstrating that trend not abating anytime soon. Even high income locations such as the New York City metro area, previously viewed as immune to such situations, is seeing equity-owned private clubs shuttering doors permanently. While the outward enthusiasm of golf’s key stakeholders is always about sunnier days ahead there are clear and deep seated obstacles still needing corrective actions to seriously mitigate.

An exuberant surge in course construction during the 1990s ultimately proved ill-thought out. Residential real estate in tandem with poorly conceived golf projects went super-hot simply because of speculation-driven impulses. In sum, the overall balance sheet between supply and demand is still skewed with more facilities operating at far reduced lower capacities and those that are operating subject to revenue shortfalls. 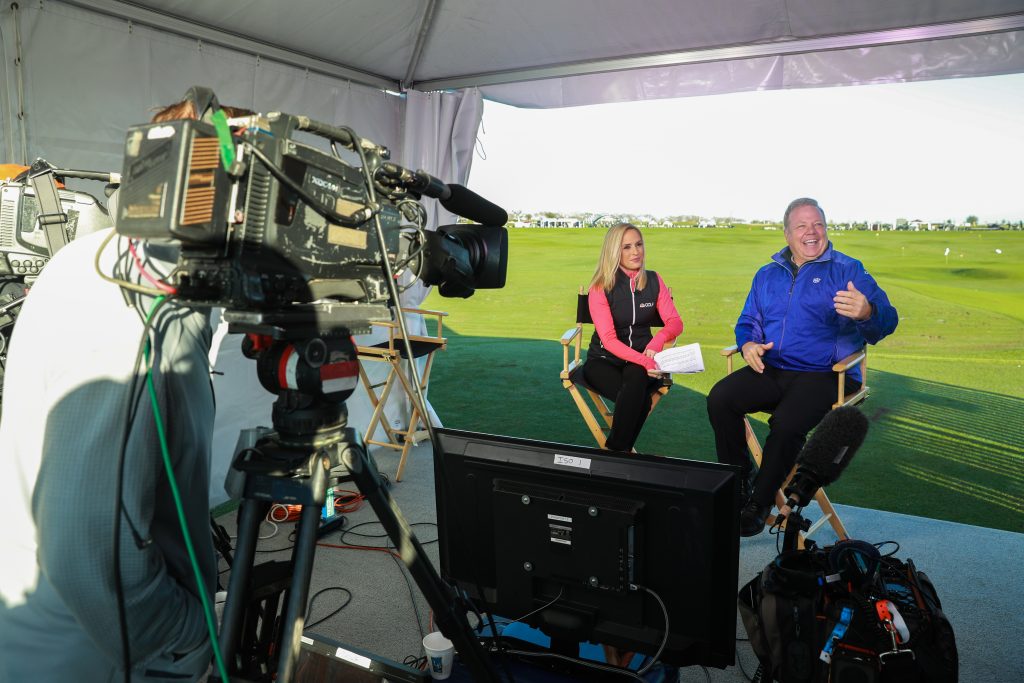 Baby boomers — those born between 1944 and 1964 — served as golf’s most active and loyal players. This segment provided the financial underpinnings for course construction, equipment, apparel, and other specialty purchases. Baby boomers have aged considerably since the peak years and the fall-off in turns of rounds played is still descending. And there’s no guarantee younger generations will mirror their habits in terms of playing nearly as many rounds and spending a high amount of dollars in doing so. Yet, the major groups that sell to consumers throughout golf are still chasing Baby Boomer dollars.

The leading companies gathering in Orlando failed to anticipate and even turned a blind eye to the storm clouds on the horizon. Many continued to express unbridled optimism when a more sober analysis would have confirmed the obvious. Some simply opined golf was experiencing a cyclical swing. Few saw the more obvious conclusion — a far deeper paradigm shift underway.

There’s also the reality that leisure time, as defined now in the 21st century, is a far different matter than when golf took root in the late 19th century. The sport grew as a mechanism to escape day-to-day ordinary life. People willingly opted to schedule large chunks of personal time to enjoy the game and the outdoors. 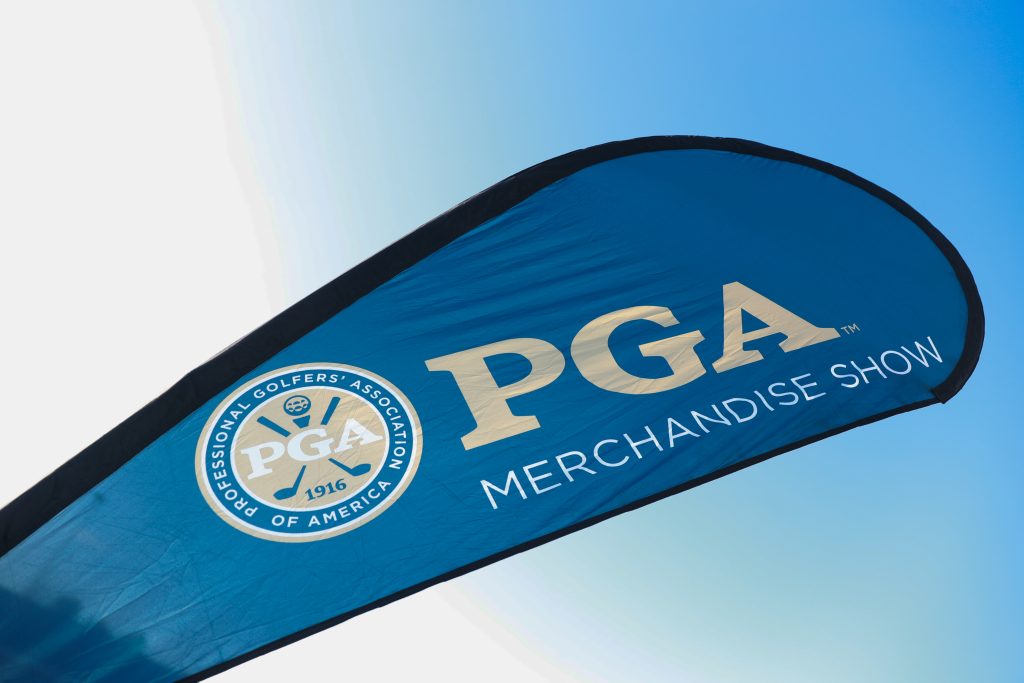 The world of 2020 today encourages speed—cramming more and more into the 24-hour cycle. Brevity is the gearbox. Those driving the recreational vehicle of the 21st century do not want to be wasting time when much of the world is anchored to an incessant “go” mentality. The bigger question remains — can golf really “go” in such a frenetic climate?

The push at this year’s PGA Show is multi-targeted. Foremost, is getting Millennials to adopt a game many view as the pastime of their forefathers. There’s no greater commodity than time and there’s no greater challenge around the sport’s neck. To play 18 holes in a four hour time frame is the goal for many players, but setting aside that number of hours when competing against other pursuits is an anchor that weighs heavily around the sport’s neck.

A range of options have been pushed. Abbreviated rounds have been promoted — playing 9-holes or even less. Facility providers have also brought forward dynamic pricing — paying only for the actual holes played. More active promotional efforts have shown mixed results among key groups such as women and minorities. In years past — the stodgy elitism of golf served as a clear barrier to those outside of the narrow silo. Progress has been made — but more needs to be done.

Beyond the issue of time is the inherent difficulty of the game with quality teaching failing to make its way to the broader masses. Millennials have shown a far limited patience curve when compared to Baby Boomers. Success at golf is anything but simple and the positive reinforcement that can actually attract players is not something that happens right away for many. Staying the course — no pun intended – is no easy matter when other sports and activities provide far more positive feedback keeping such people engaged. 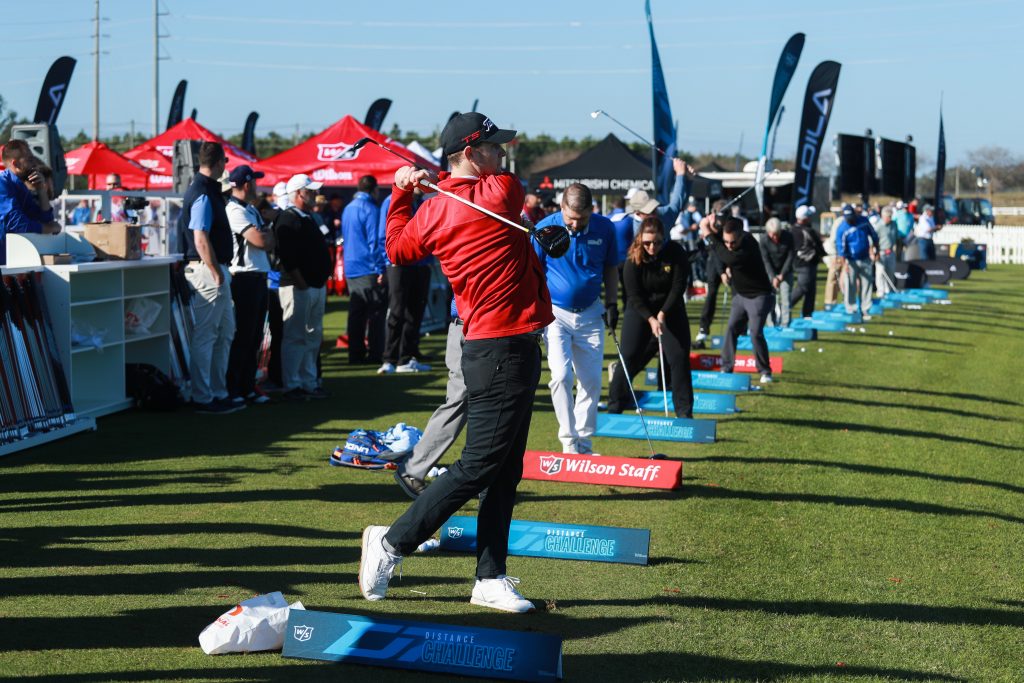 Women still constitute no more than 25 percent of all players in America. Amazingly, in Germany, a country with little history in the sport, the women’s participation rate is over 50 percent. Throughout golf’s ascension in the 20th century, the country club served as a bastion for white male supremacy. The old time country club fostered elitism, often promoting chauvinism and outright hostility to anyone outside its orbit. The key for 21st century country clubs is somehow demonstrating relevance in today’s far more egalitarian world, centered on how best to embrace shared family connections. A number of clubs have made clear positive strides in this area but many, many more are still uncertain about what to do and the time clock is clearly running out in their effort to maintain both relevance and credibility.

Introducing people to golf is happening on several fronts. The rise of Topgolf, the new high tech driving range model, has been quite impressive. But longer term questions remain. Do people go to Topgolf for a desire to play golf or is it nothing more than a means to socialize and party with friends? Can Topgolf be the bridge bringing new entrants into traditional golf? Does Topgolf see its mission in promoting such a transition for customers to play the traditional version of the sport? 60 percent of the people coming to Topgolf for the first time never picked up a club prior to the visit. Concurrently, several First Tee programs have been successful in introducing minorities to the sport, but will such interest continue into adulthood?

The cost of equipment has also proved prohibitive for many. Want the latest high tech driver? Be ready to plunk down $500 or more. What about a set of irons? Eight club can easily cost over $1,000. A new wedge set? Try anywhere from $200 per club and up. Getting a new putter? Be prepared for sticker shock with prices routinely going beyond $150. There are a number of other equipment providers who have sought to carve out a lane space where such costs can be far lower. Such efforts clearly can play a role in both attracting new players and keeping others on a tight spending
budget from giving up the game. 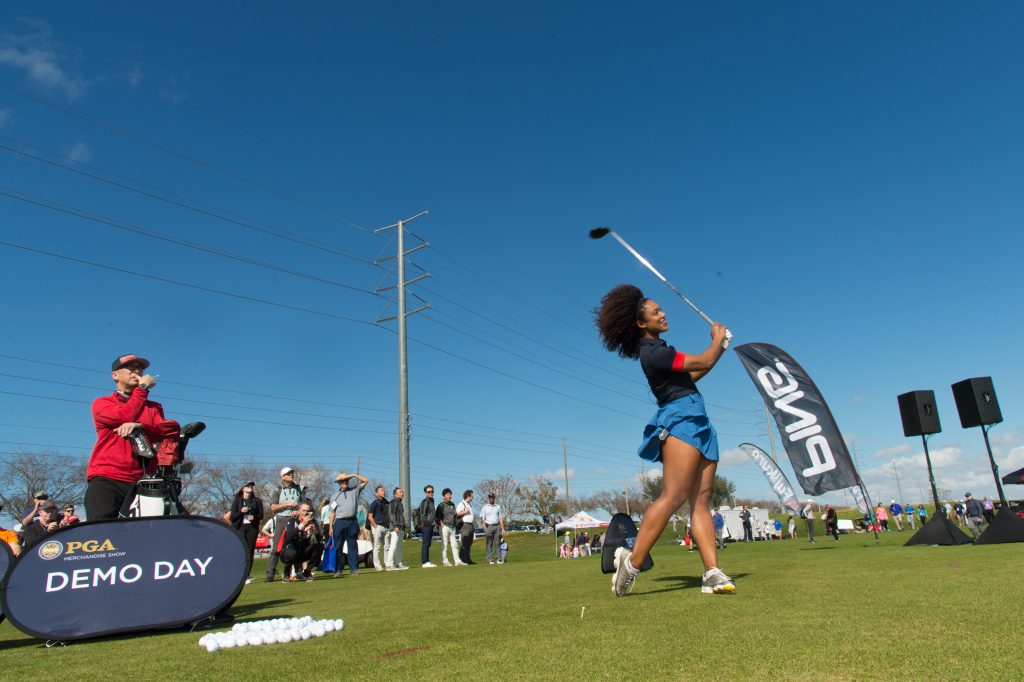 Golf is now in the Summer Olympics so the added exposure does provide a platform for many different countries to take the game more seriously and invest in their own respective programs. Japan serves as host for the golf competition later this summer and there’s been a clear spike in interest with Tiger Woods expressing an interest to participate should he quality for Team USA.

Can an old game fit into a hip, sleek ultra-fast world where attention spans are shorter and the desire to attain instant gratification is paramount? This year’s PGA Show is ground zero for what ultimately comes forward. Obstacles are still present — but opportunities are also possible. In years part — denial was front and center. Those gathering in Orlando are now cognizant. Celebrating yesterdays is no longer an option in rejuvenating a game to a front and center long term position.

How apropos this year’s 2020 event will need to demonstrate whether golf clearly has the focus for what’s needed ahead.