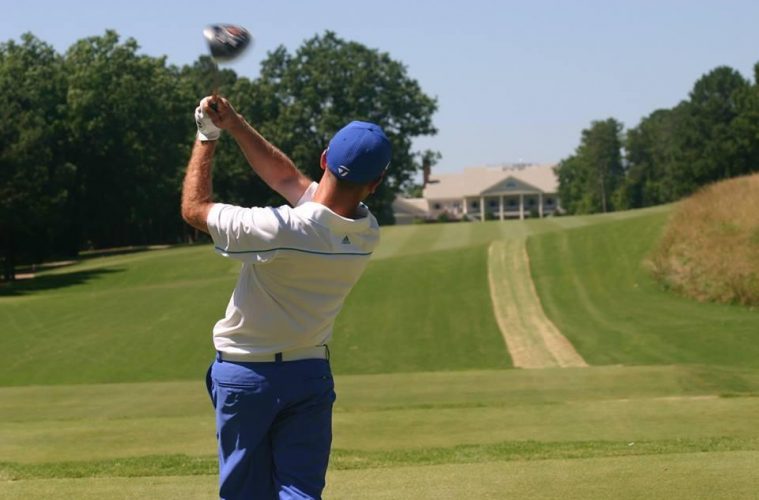 Cory Schneider, the longtime director of instruction at The Pointe Golf Club on North Carolina’s Outer Banks, will be waving the flag for the Carolinas PGA Section when he competes against the world’s best during this week’s PGA Championship at Long Island’s Bethpage Black.

A 35-year-old former Methodist University golfer and longtime director of instruction at The Pointe Golf Club in Powell’s Point, N.C., Schneider earned a spot in this week’s PGA Championship at Long Island’s famed Bethpage Black by finishing tied for 17th at the recent PGA Professional Championship in South Carolina.

Schneider joined 19 other PGA professional who punched their ticket into golf’s second major of the season due to their top-20 finish at Belfair Plantation in Bluffton, S.C.

It was Schneider’s fourth PGA Professional Championship. “I’ve made the cut twice, but this is the first time I’ve gotten through (to the PGA Championship),” he said.

Nine representatives from the Carolinas PGA (CPGA) qualified for the PGA Professional Championship. Five made the cut, but Schneider was the only CPGA professional to earn a spot in the 2019 PGA Championship.

“It’s a privilege to represent not only The Pointe and Carolina Club, the Outer Banks, but also the Carolinas PGA Section,” Schneider said. “I can’t tell you how many handshakes and congratulations I’ve received.

“Both The Pointe and Carolina Club staff and members have been overly supportive. Keith (Hall) the owner and Doug (Kinser) the director of golf, and all the staff members have had to pick up my slack while I’ve been gone. It’s very humbling and overwhelming to have that much support. It definitely boosts you up there.”

Carrying Schneider’s bag at the recent PGA Professional Championship and again at Bethpage Black is Bob Natole, a member at The Pointe, where he is a scratch golfer. Natole has also caddied on the PGA Tour and other professional levels for players such as Robert Streb, Neal Lancaster and Bryan Sullivan of nearby Kilmarlic Golf Club.

“Bob’s a good friend,” Schneider said. “He knows how to caddie properly, he knows my game and he’s not afraid to quiet the crowd or protect you as a player.”

This will not be Schneider’s first time inside the ropes at a PGA Tour event. The eight-time Top 10 CPGA Player of the Year who owns or shares a total of five course records also qualified to play the 2009 Heritage Classic on Hilton Head Island, S.C.

“The first time you’re out there, it’s pretty overwhelming,” said Schneider, who has also qualified for five Web.com Tour events. “But I feel like I’m ready for the moment when it does come.”

This week’s 156-player roster tackling Bethpage Black includes every one of the top 100 players in the current Official World Golf Rankings — something that has never happened before in one of golf’s major championships.

The field features 34 major champions, 69 international players representing 27 countries, and 12 players who have been ranked No. 1 in the world.

“Going against the best guys in the world, it is tough,” said Schneider, who has worked full-time at The Pointe since 2006. “I know good golf shots will work and bad ones won’t. My goal is to enjoy the walk and the experience. It would be nice to be the low club pro. I’m just going to enjoy it and look at it, as I have nothing to lose.

“You never know what can happen, golf is such a fickle sport. If the game is on, it could go great. You never know.”

Outer Banks 2019 golf package and travel planning information is available at www.PlayOBXGolf.com or 800-916-6244.