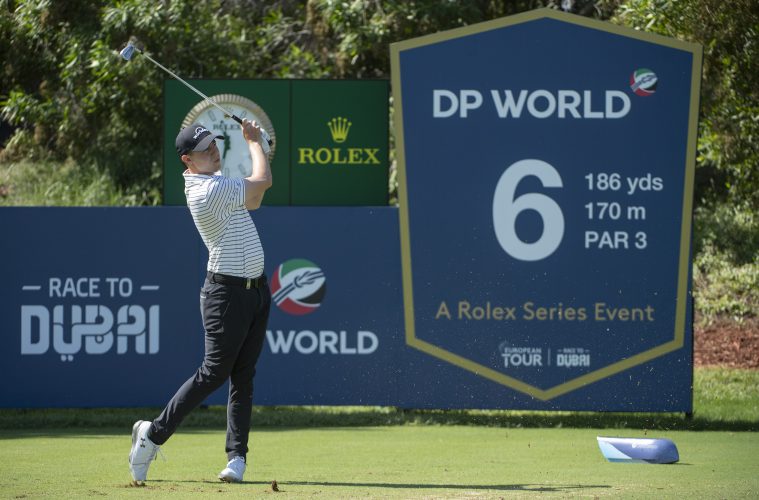 For the next four days, the European Tour’s top 60 golfers on the Race to Dubai Rankings Presented by Rolex will contest the DP World Tour Championship, Dubai at Jumeirah Golf Estates.

Founded in 2009, the championship is the final Rolex Series event of the year and the last opportunity for players to win the European Tour Race to Dubai, the
season-long competition that determines the tour’s No. 1 player. Traditionally staged in November, the European Tour is to be commended for its resilience during the global challenges faced in 2020, and its leadership in rescheduling the finale of this year’s Rolex Series into December. Based on points accumulated at European Tour events over the course of the season, the Race to Dubai rewards consistency and superior performance, attributes that resonate with Rolex’s own quest for perpetual excellence in all its endeavours.

For more than 50 years, Rolex has been intimately linked with golf. In a pioneering agreement in 1967, the legendary Arnold Palmer was joined by his great friends and rivals Jack Nicklaus and Gary Player – The Big Three – to become the Swiss watch manufacturer’s first Testimonees in the sport. As part of this enduring partnership, in 1997 Rolex became the Official Timekeeper of the European Tour, an alliance that continues to flourish.

One Rolex Testimonee who is no stranger to the championship and possesses a
detailed knowledge of Jumeirah’s Earth course is Matthew Fitzpatrick of England, who returns to challenge for a second title at the DP World Tour Championship, Dubai.

It was here in 2016, aged just 22, that he became the youngest Englishman to claim three European Tour titles, simultaneously announcing his arrival to the very pinnacle of the game. Now competing here for the sixth time in his career, he will look to build on his four top-10 finishes this year as he aims for a first Rolex Series win.

Similarly, fellow Testimonee Martin Kaymer of Germany returns to the shimmering surrounds of the Jumeirah Golf Estates having qualified to contest the championship for the 11th time in his distinguished career.

The two-time Major winner has already enjoyed success at two of this year’s Rolex Series events, having finished tied eighth and tied 10th at this year’s Abu Dhabi HSBC Championship presented by EGA and BMW PGA Championship respectively. With three additional top 10 finishes this season, the 35-year-old has an excellent chance to capture the first Rolex Series win of his career.

Other Testimonees who have qualified for the season-ending championship include Belgian duo Thomas Pieters and Thomas Detry. With a combined 11 years’ worth of experience playing on the European Tour, in addition to two and four top-five finishes this season respectively, both have the game, and mental fortitude to record a first Rolex Series win.