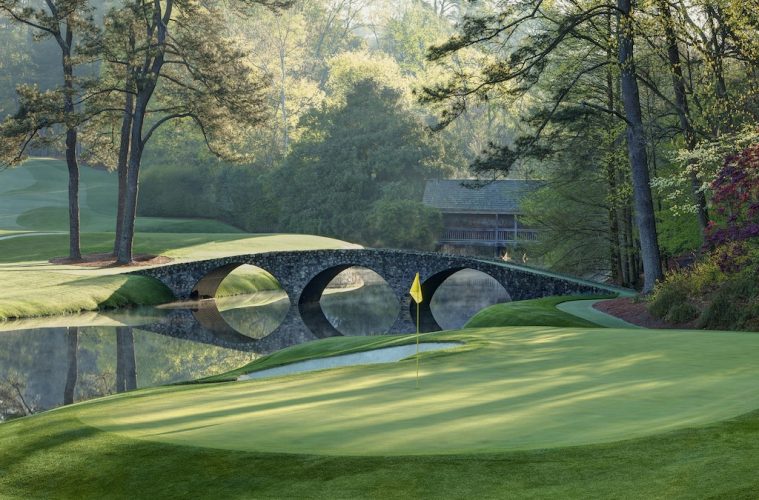 The world’s elite golfers will tee off in the majestic, azalea-lined surrounds of Augusta National Golf Club on Thursday, 8 April to contest the 85th edition of the Masters Tournament, the first men’s major of the year.

First staged in 1934, the Masters is one of the most compelling dates on the global sporting calendar. In 1999, Swiss watch manufacturer Rolex forged a relationship with this inimitable event, and this year returns as an International Partner.

For more than five decades, the brand has been at the forefront of golf, maintaining a special connection with its majors, greatest champions and the organizations that administer the sport around the world. This enduring partnership began in 1967 when Arnold Palmer, joined by close friends and on-course rivals Jack Nicklaus and Gary Player – known together as The Big Three – became the brand’s first golfing Testimonees. Since then, the relationship has continued to grow and flourish.

Throughout the history of the Masters, Augusta National has been the scene for some of the game’s most memorable moments. The historic venue is also where numerous Rolex Testimonees have enjoyed success – from The Big Three, who won the Green Jacket a combined 13 times over a dominant 28-year period, to today’s champions, including American Jordan Spieth, the winner in 2015, and Adam Scott, who in 2013 became the only Australian to triumph at this bastion of golfing prestige. This year, however, Rolex celebrates the achievements of one Testimonee in particular, Tom Watson.

A legendary figure in the world of golf, the American is an eight-time major winner, two-time Ryder Cup Captain and a member of the World Golf Hall of Fame. He is widely regarded as one of the greatest ever links course players, having won The Open five times between 1975 and 1983. Watson was also no stranger to success at Augusta National, donning the iconic Green Jacket on two occasions, in 1977 and 1981, and it is his second victory that Rolex salutes 40 years later.

As he prepared for the 1981 Tournament, Watson had already taken his place among the best players in the world, having captured four major titles. He was the embodiment of consistency the previous season, lifting the Claret Jug at Muirfield and recording 16 top-10 finishes on the PGA TOUR®. To claim the Green Jacket a second time, the Missouri native would have to rekindle a familiar duel with the player he bested four years earlier, fellow Testimonee Jack Nicklaus.

Like Watson, Nicklaus was also in the middle of an exceptional run of form that had earned him the U.S. Open and PGA Championship titles in 1980. With five previous Masters wins to his name, he entered the Tournament as undisputed favourite to make it six.

With an intimate understanding of the intricate layout at Augusta National Golf Club, Nicklaus began with great intent, and by the end of the second round had established a four-stroke lead over the competition. Watson remained within striking distance in second place, however, having carded a sublime four-under-par 68 in the second round.

The challenger continued this fine form into the third round, posting a meticulous 70 to assume a one-stroke 54-hole Clubhouse lead, and he remained in the ascendency the rest of the way.

Throughout the final round, Watson played with precision and authority allowing him to withstand the mounting pressure from Nicklaus and the field. Holding firm throughout the first nine, Watson’s crucial birdie on the par-five 15th hole stretched his lead to three strokes before he calmly closed with three successive pars to secure a two-stroke victory, with Nicklaus tied for second place. While the latter would win that record-breaking sixth Masters title in 1986, on this occasion Watson reinforced his status as one of the game’s greatest talents. He would go on to claim another three major trophies and record an extraordinary 38 top-10 finishes, not counting wins, at the sport’s four most prestigious events during a playing career spanning more than 45 years.

ROLEX NEW GUARD
Seeking to emulate Watson’s heroics at Augusta National will be several members of the Rolex New Guard, a group of young, ambitious golfers striding toward the world stage and playing with skill, integrity and respect for the game’s traditions. This elite band includes American duo Cameron Champ and Matthew Wolff, and Chilean Joaquín Niemann, who have all recorded wins on the PGA TOUR® in the past two years. Like Watson before them, they are seeking to forge their own legacies at the Masters while inspiring the next generation of champions to follow in their footsteps.

These rising stars have assumed the mantle from previous members of the New Guard now established among the game’s best players. These graduates include major winners Brooks Koepka and Justin Thomas of the United States and Spaniard Jon Rahm, who all finished in the top 10 at last year’s Masters Tournament. Recently crowned major champion Bryson Dechambeau completes the quartet targeting a first Masters victory.

Both Augusta National Golf Club and Rolex recognize the importance of nurturing new talent and building for the future of the sport. To this end, the most promising amateurs from the women’s game were once again welcomed to this esteemed venue for the second staging of the Augusta National Women’s Amateur, which was won by 17-year-old Tsubasa Kajitani from Japan. Taking place the week preceding the Masters, the Augusta National Women’s Amateur provides a prestigious platform for the world’s best female amateur players, showcasing their elite-level play, while evoking the spirit of Masters co-founder Bobby Jones, himself a legendary amateur player.