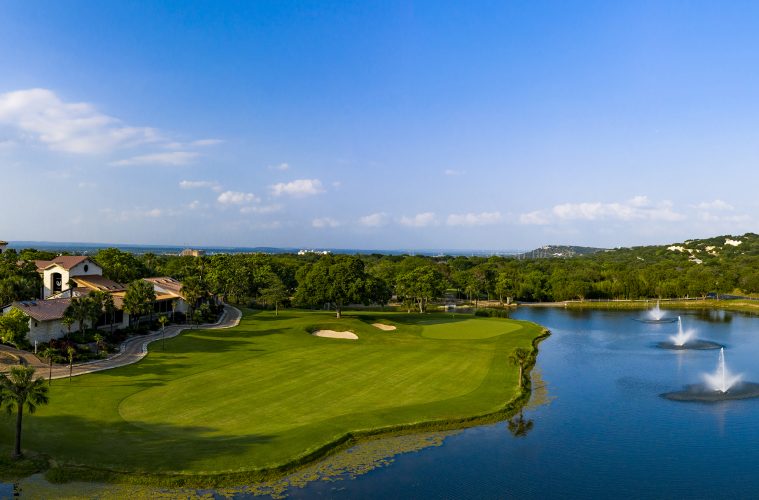 by Matt Ward
Heroic architecture was a design style that catapulted Robert Trent Jones, Sr. to the height of his profession with over 500 designs globally. That impact was best described that like the British Empire the sun never sets on a Jones layout somewhere in the world.
That heroic architectural dimension is personified by the risk / reward aspect demonstrated so well with the 12th hole of the Slick Rock course at Horseshoe Bay Resort in Texas. 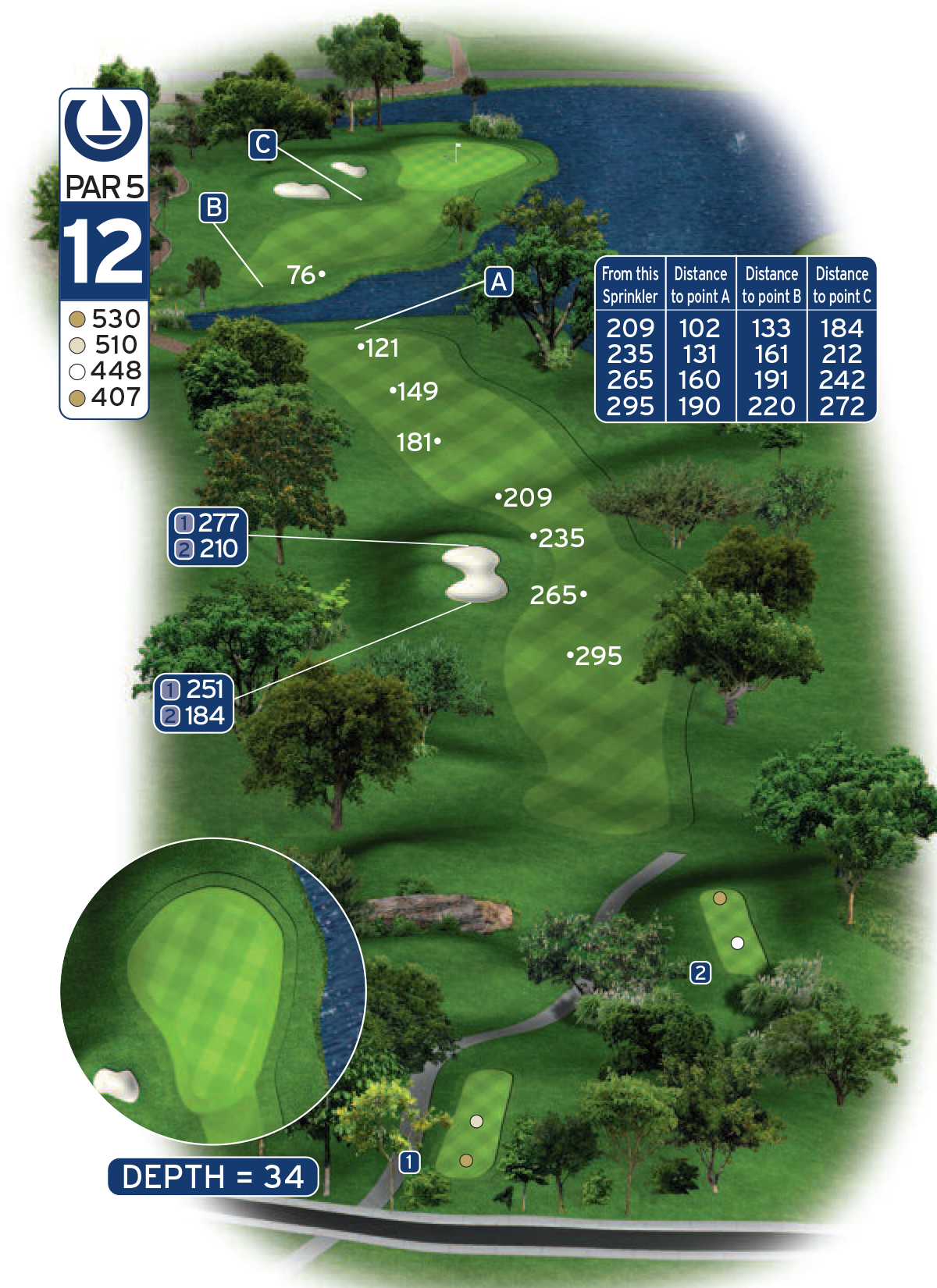 The facility provides three (3) 18-hole layouts open to the public. The resort is beautifully situated in the heart of the famed Texas Hill Country, roughly 30 minutes west of the State’s capital Austin.
To best understand what the hole so magnificently provides, the resort’s Director of Golf Anthony Holder weighed in with his comments. 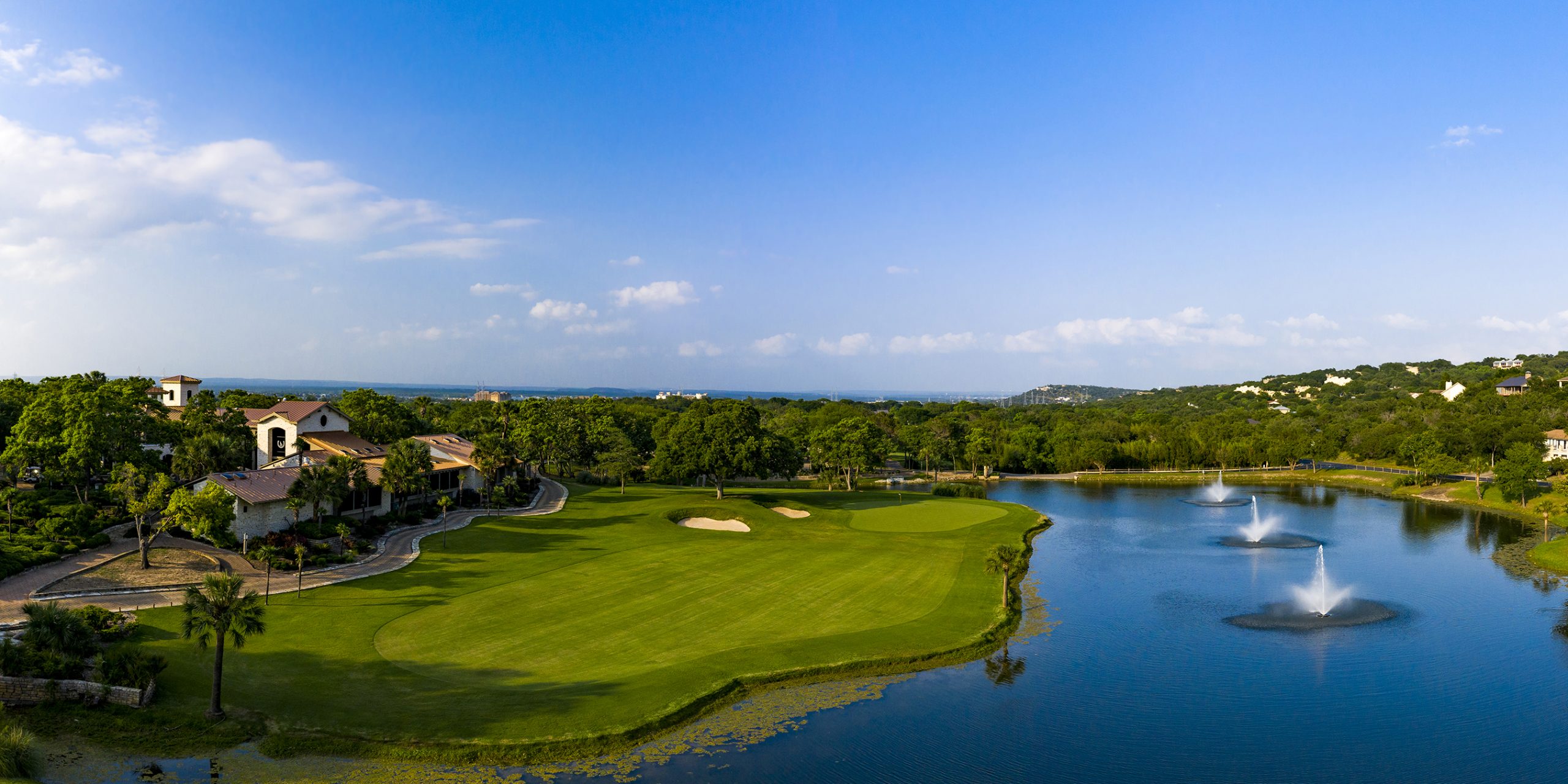 “This is a classic and fun risk-reward par 5 With a well-positioned tee shot, you can hit this green in two shots, but that opportunity doesn’t come without risk. To position yourself to attack this green in two shots, your tee shot must take a line over the left fairway bunker. This requires a 250-yard carry but it helps you avoid being blocked out by the huge oak tree in the right-middle of the fairway.

The second shot is where the risk of the hole sets in. You must carry the crossing inlet of water about 80 yards short of the green while navigating away from the large pond that runs down the entire right side. Bailing left, though, brings sand traps into play and leaves a third short to a green that’s sloping away from you and toward the water hazard. 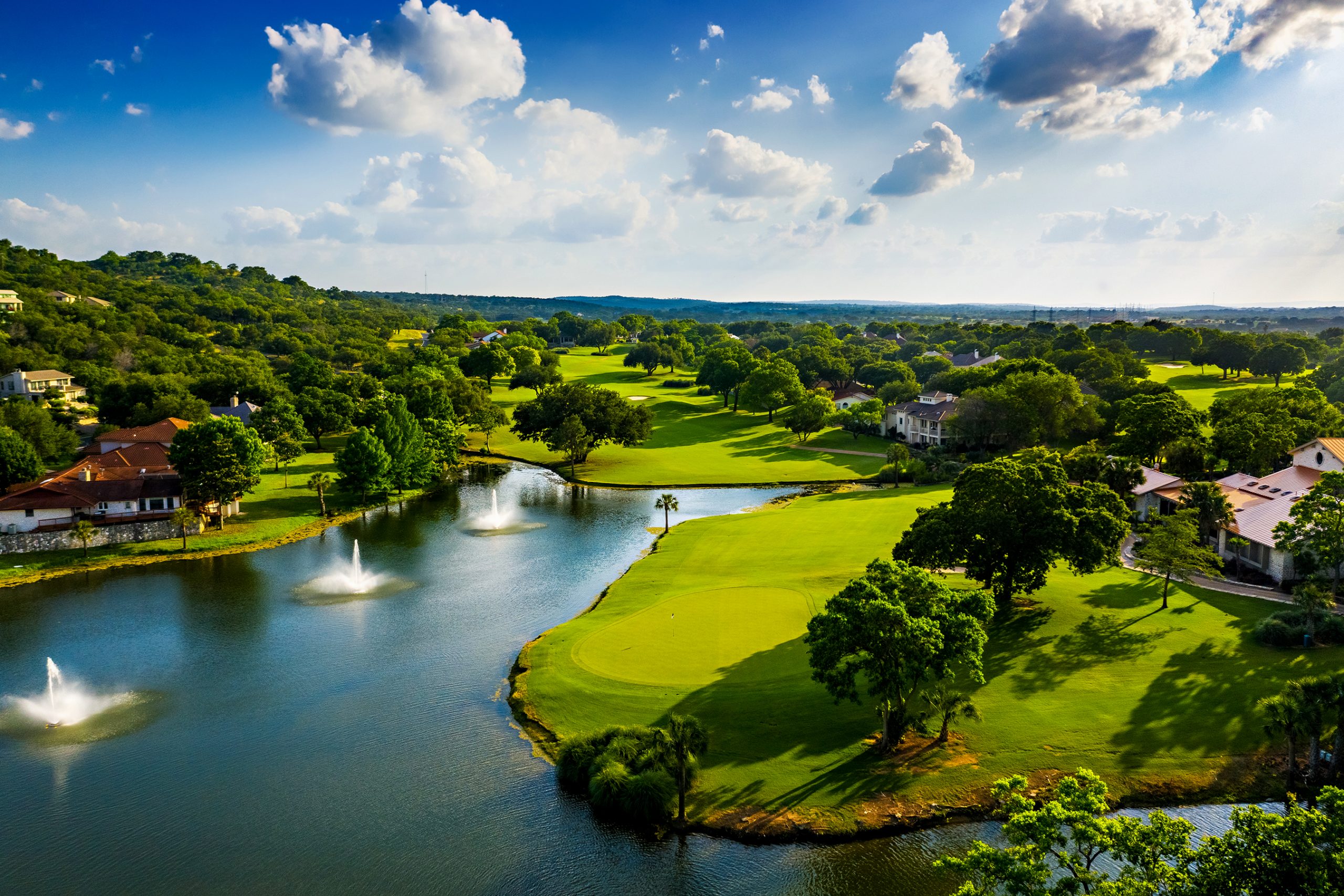 Those attempting a three-shot option, must be prudent when laying up because the last 25 yards of fairway – before the water crossing – slopes towards the hazard.”

The 12th marvelously showcases how well-executed shots can reap a big-time reward on the scorecard. Conversely, those getting greedy and failing to execute properly will receive a swift horse’s kick for the inability to deliver what’s expected.
***
For more info go to:
www.hsbresort.com