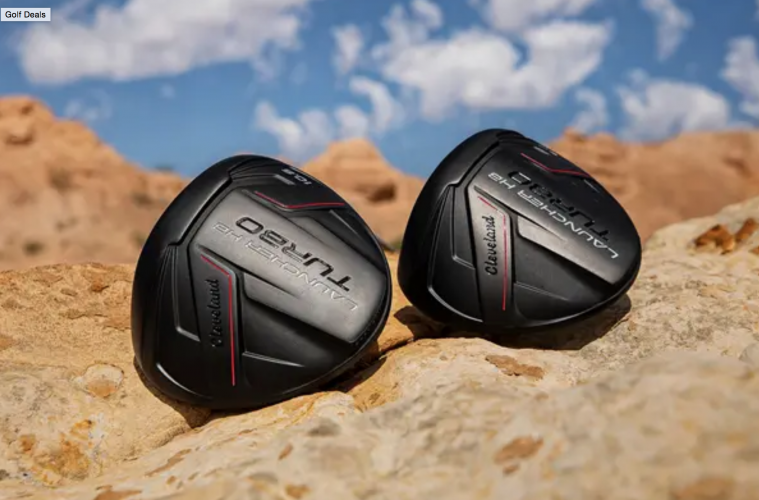 “Reintroducing Cleveland Golf Woods and Irons two years ago has been very successful,” said Brian Schielke, Marketing Director at Cleveland Golf. “However, the new Launcher HB Turbo woods represent a huge step up from the previous generation. They’re sleeker, faster, and more forgiving – exactly what all of us avid golfers are looking for off the tee.”

The new Launcher HB Turbo driver has a fixed hosel because adjustability adds weight which must be compensated for and the head forgoes sliding sole weights using instead a large weight pad (35 g) towards the rear. The familiar HiBore stepped crown means the crown can have fewer grams plus the design reduces drag for more head speed on the downswing.

Because the driver clubhead has more mass for the same swing speed momentum is higher which means more distance but to retail keep the proper feel something had to be done. That something is the counterbalanced Miyazaki C. Kua shaft, a made-in-Japan feat of engineering that makes a heavier head feel easy to swing. That’s a best-of-both-worlds scenario that adds distance to all your drives.

“The Launcher HB Turbo is engineered to help you hit long, straight drives,” said Jeff Brunski, Vice President of Research and Development at Cleveland Golf. “We’ve squeezed discretionary weight out of every corner of the club head in order to produce one of the most forgiving drivers we’ve ever made. We’ve paired it with a high-balance point shaft that’s easier to swing fast. Authentic technologies such as the Turbocharged Cup Face, the Ultralight Hosel, and a more aerodynamic crown help the Launcher HB Turbo earn its name.”

Using many of the speed-enhancing ideas from the driver Cleveland also announced the Launcher HB Turbo Fairway Woods they are promoting as delivering more speed and distance off the tee or when going for the green in two. 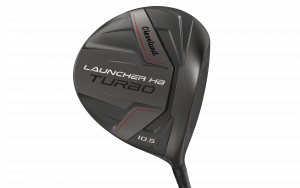