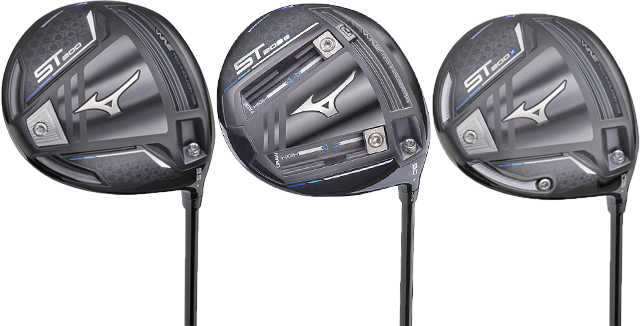 Until Keith Mitchell won last year’s PGA Tour Honda Classic playing a ST190 driver not much notice had been given to Mizuno Golf’s line of metalwoods, their reputation being first and foremost as a premier maker of irons. For 2020 the company is trying to change this perception as can be seen by the just announced ST200 line of drivers and fairway woods being promoted by the company with the slogan “Tour Ready, World Ready.”

The Mizuno ST200 drivers will be offered in three versions. The ST200 with mid to low spin and high MOI for added forgiveness. The ST200G with two sliding weights in the sole giving lots of user adjustability plus the possibly lower spin depending on the setting and the ST200X a very lightweight version with a built-in draw bias and more loft.

Part of the difference from the old 2019 ST190 model was a reworking of the carbon fiber crown that resulted in shaving 2 grams which dropped its weight to 8.6 grams and was accomplished by putting strengthening ribs on the interior. More weight was taken from the standing wave design around the front of the club and a new face alloy resulted in grams saved there as well.

In both the ST200 and ST200x this weight savings was put in a weight at the rear of the sole to aid launch numbers and forgiveness. In the ST200G it was added to the two sliding weights for a total of 8 grams in each and to give more choice to users for changing ball spin characteristics.