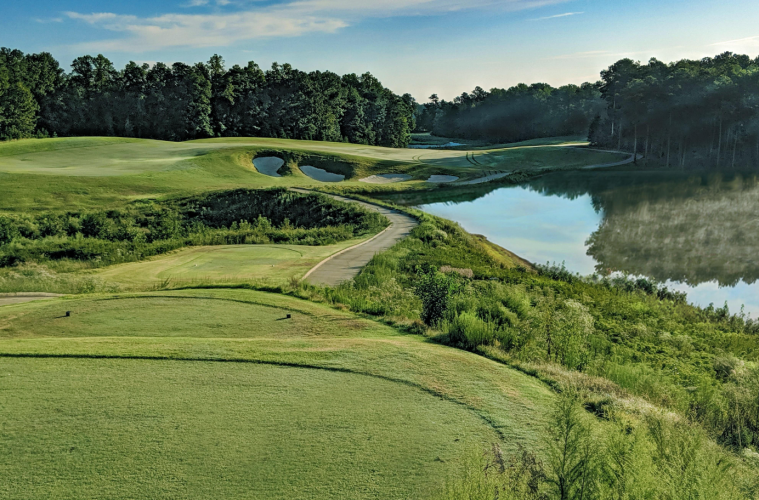 Architect Mike Strantz was possessed with immense talent as a golf course designer. His work was noteworthy and his growing portfolio clearly demonstrated a vast upside with a range of courses in different locales set to emerge. Sadly, Strantz succumbed to cancer at age 50 in 2005 just as his career as an architect was blossoming.

Strantz initially worked eight years for noted architect Tom Fazio before venturing out and creating his own firm in 1988. His portfolio consists of nine courses and each bears a distinctive style. 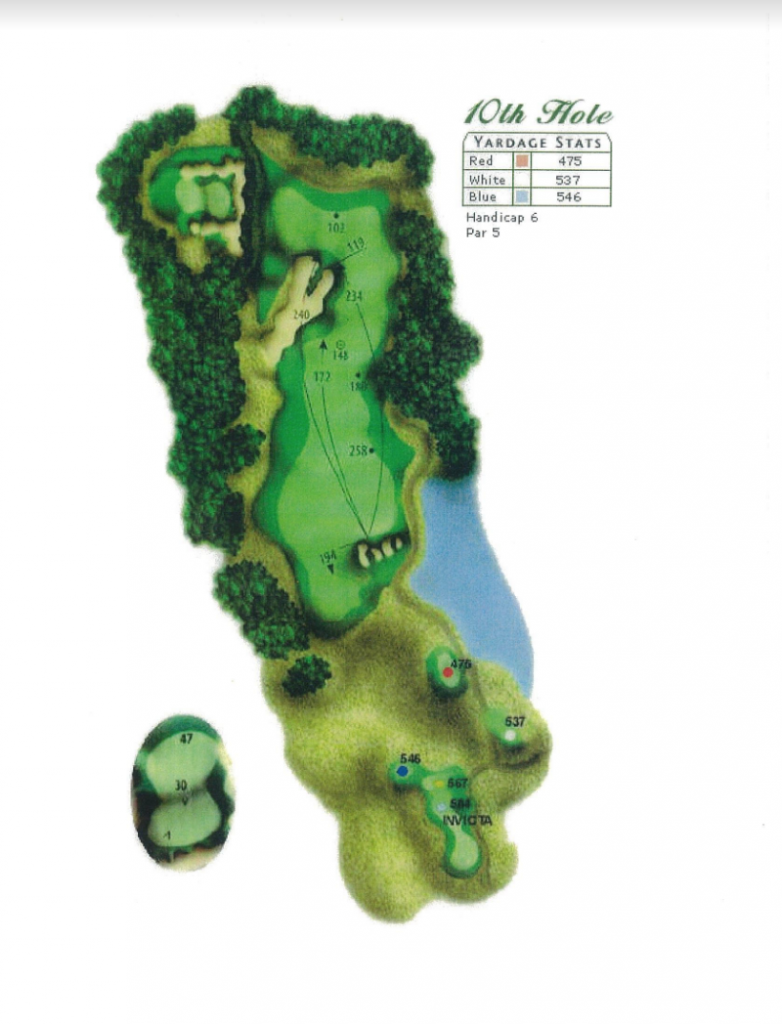 Royal New Kent opened in 1996 with great anticipation. Located 20-30 minutes northwest of Williamsburg, is spread out over 282-acres. It was Strantz’s desire to mold the course in the style of a heathland layout with a homage to the famed Irish links courses. The terrain is a central factor of the course — tumbling and heaving about with the holes slotted through openings. Dotted with 105 bunkers the course sports a mixed bag of putting green shapes and sizes.

The course has plenty of difficulty — from the back tees sporting a 77.6 course rating and 153 slope. Clearly, not for the feinted hearted. but provides a slew of different teeing areas for players to choose accordingly to play from.

Royal New Kent was praised for its inventive design but eventually forced to close in 2017 with an uncertain future. Things changed for the good when the course re-opened in 2019 following a $2 million restoration carried out by the new ownership — Wingfield Golf Management. The goal of the new group was simple — bring back to the forefront the artistry Strantz provided.

The Strantz style was more than simply the pure engineering of holes but clearly elevating the “art” in the overall experience. The visceral dimensions of Royal New Kent are clearly impactful — long after one’s round is completed and the “look” is clearly one to ramp up the emotions when playing. 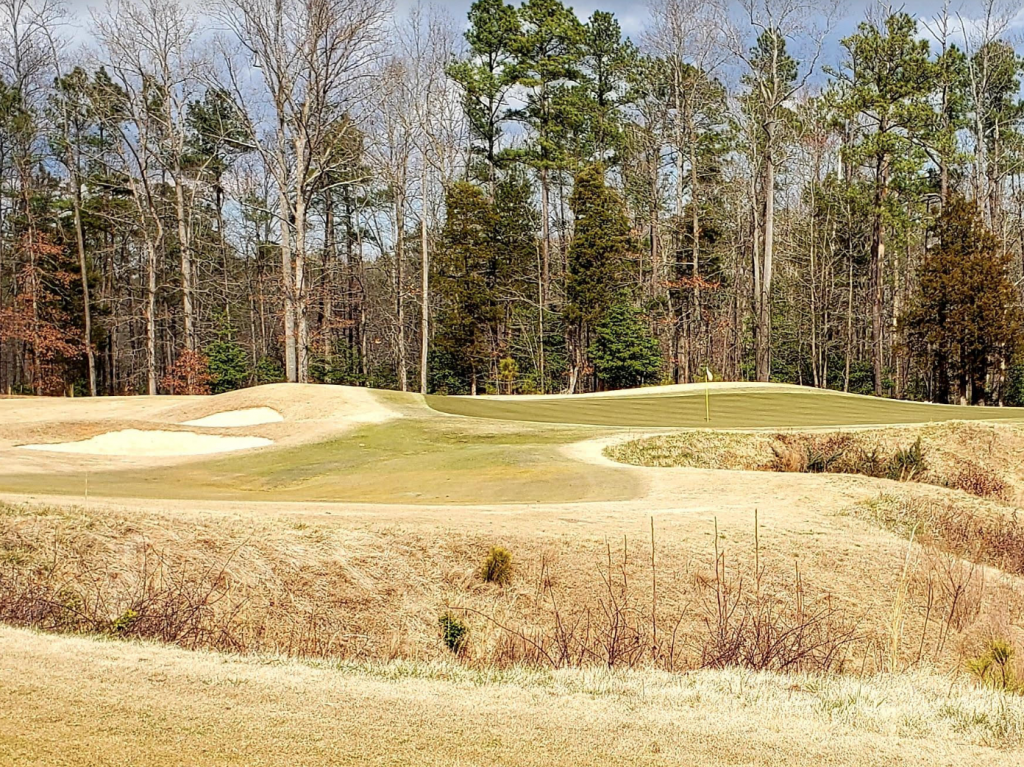 There are a number of memorable holes and the par-5 10th clearly espouses a meaningful risk/reward dynamic. The tee shot sets the tone. Golfers who feel the compunction can flirt with the right side. A series of fairway bunkers provides a directional guide. If the prevailing southwest wind is assisting — long hitters can think about playing for the green with their second shots. There are clear risks associated with such a gambit. A grass infested creek cuts in front of the green with a solitary bunker fiercely protecting the left side.

There is an area of fairway provided around the far side of the aforementioned fairway bunker but it takes a healthy shot combining sufficient distance and archer-like accuracy to attain. Golfers can also lay further back for maximum safety but the approach shot becomes longer as a result. 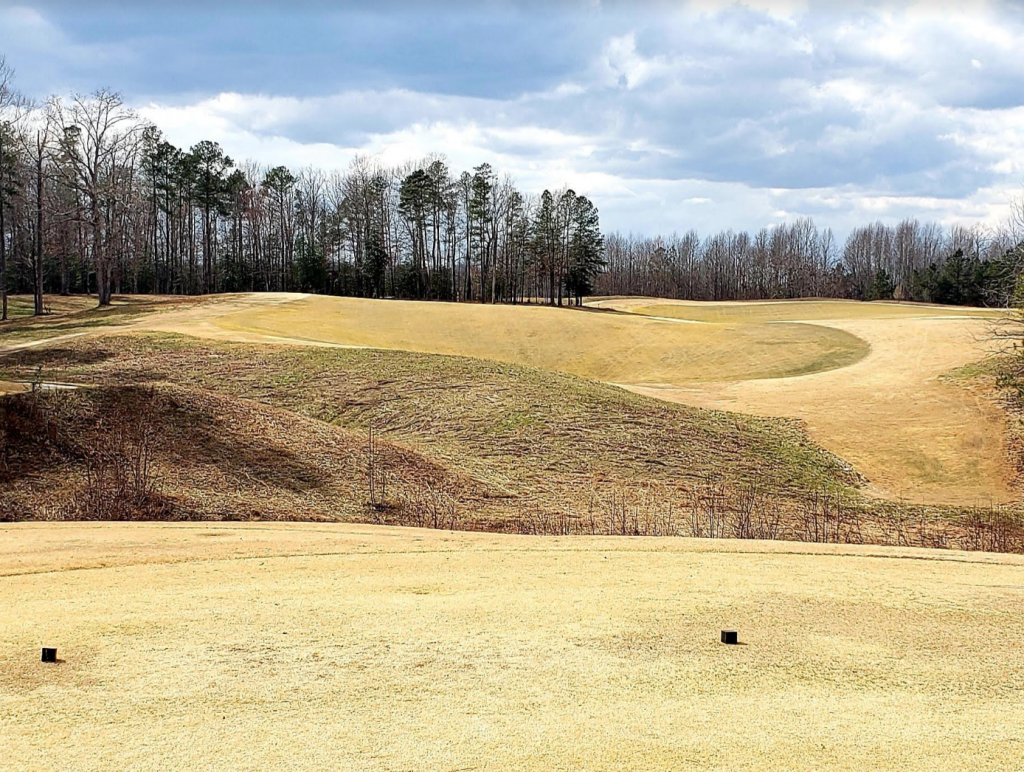 The green is neatly tucked around a corner of protecting trees and features two bunkers — a massive one that forms a gentle “U” in the front with a smaller one positioned on the right side. The green is sufficiently contoured so it pays to land as near as possible for a reasonable birdie putt.

The 10th at Royal New Kent provides a range of key decisions. Golfers have to think long and hard before executing. The hole showcases a distinctive beauty — fitting well into the landscape Strantz so magnificently created.

***
For more info go to:
www.royalnewkent.com