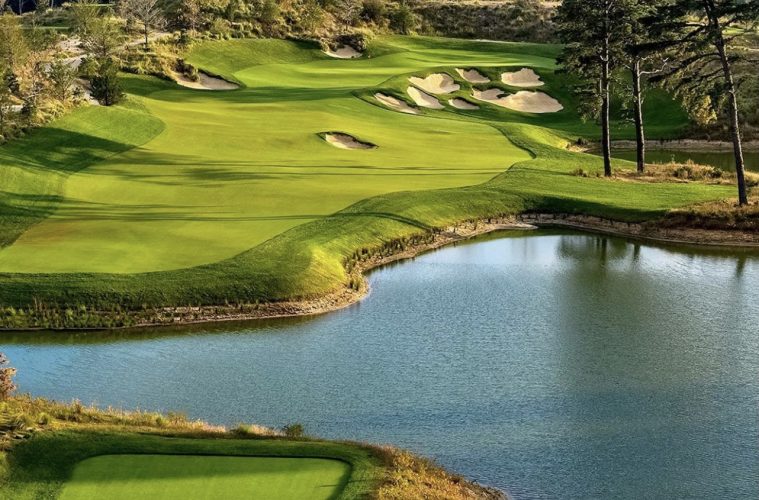 The architect at the forefront in this effort — Dana Fry — is very familiar with the site since he and his partner at the time — Dr. Michael Hurdzan — were responsible for the creation of Sand Barrens.

Fry is now working in tandem with his new partner Jason Straka and the effort at the Jersey Shore location is to put things mildly — a bold new effort clearly far beyond the original layout. 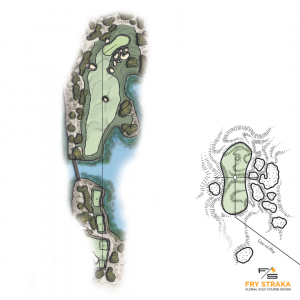 Like the previous Sand Barrens, the Union League National Golf Club consists of three 9-hole layouts and is situated on 236 acres of land.

Among the most noteworthy of holes is the 8th on the Sherman Nine.

Short par-4 holes are the most democratic of holes because when well-crafted provide for elasticity and maximize strategic decisions of the highest consequence.

The 8th plays anywhere from 340 to 249 yards. Situated on a north-to-south direction the hole rises approximately 20 feet in elevation from the teeing ground to putting surface.

Thought provoking short par-4 holes provide a clear temptation. Players must weigh the balance between taking the ultimate risk in attempting to drive the green or opt for a safer more guarded play from the tee.

A solitary center-placed fairway bunker requires a carry of 260 yards from the championship tee position. Players of varying handicap levels can play the different tee boxes provided. Failure to clear the bunker will mean an extended bunker shot with a massive frontal rise to hit over and then carry all the way to the elevated green. In sum — no easy feat.

Those able to carry the aforementioned fairway bunker must use the opening on the left side as an alleyway to get to the green. Tee shots pushed too far right encounter a more demanding approach angle over a cluster of imposing bunkers protecting that side of the putting surface.

Those pulling a tee shot left encounter either a greenside bunker or a steep slope which can likely leave one’s golf ball in a most demanding of positions. 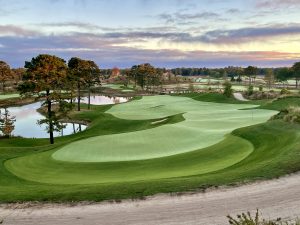 The 6,500 square foot green has enough landing area but when viewed from the teeing areas can appear much smaller. Those opting to lay-up of the center-placed fairway bunker can assure themselves of safety but still must demonstrate a masterful dexterity when hitting a short iron into the vexing green. The rear right portion of the target is quite finicky in what shots are rewarded and which will encounter pushback for a less than well-executed approach.

The 8th on the Sherman Nine is a tour de force hole. Enchanting to the eye and the ultimate temptress. Players who are smartly engaged and marrying together the highest of shot execution will reap the reward. Conversely, those pursuing mindless vanity will quickly incur the pushback from a hole that brilliantly showcases the statement Clint Eastwood made famous in the movie, “Magnum Force” — “a man’s got to know his limitations.”