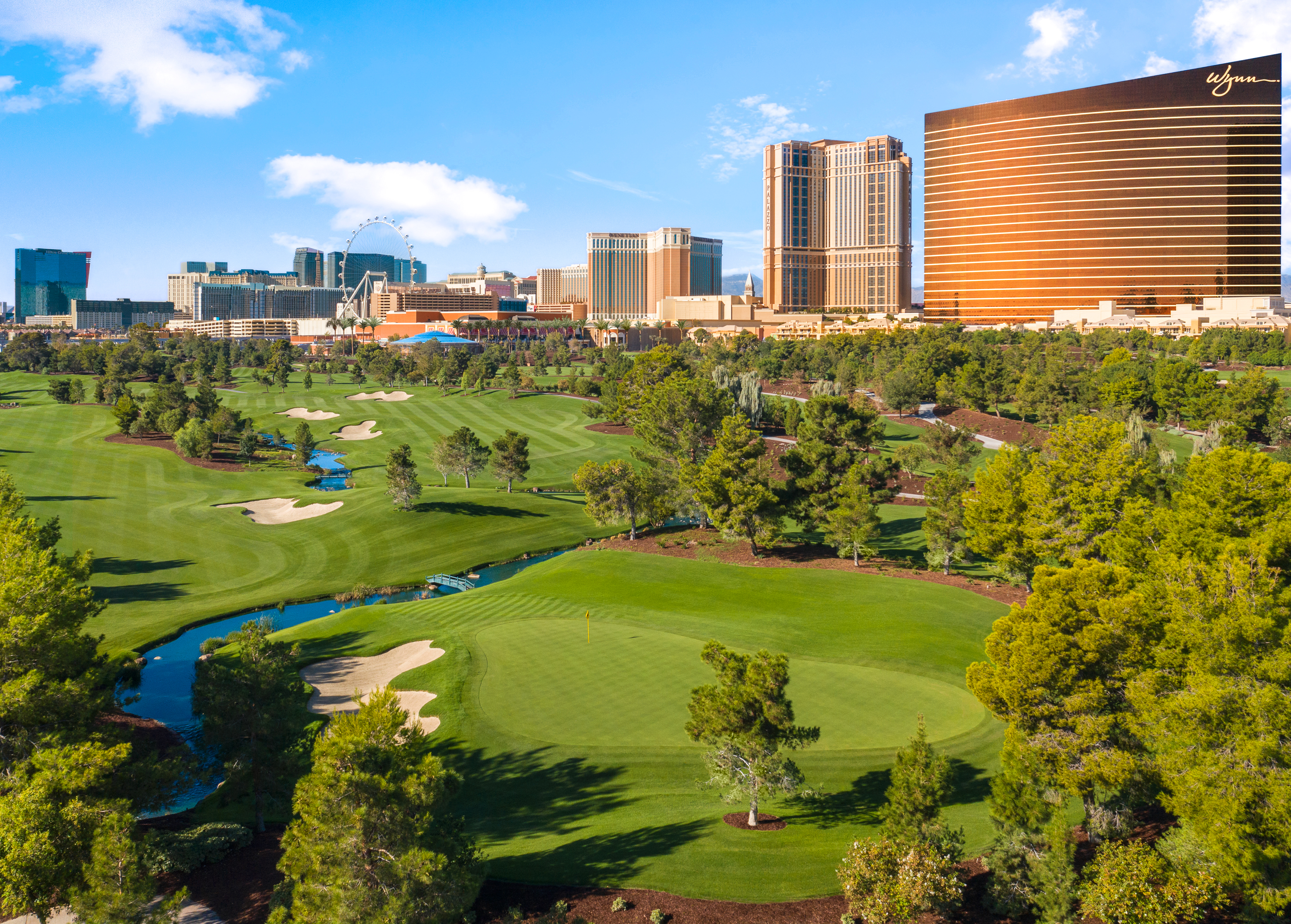 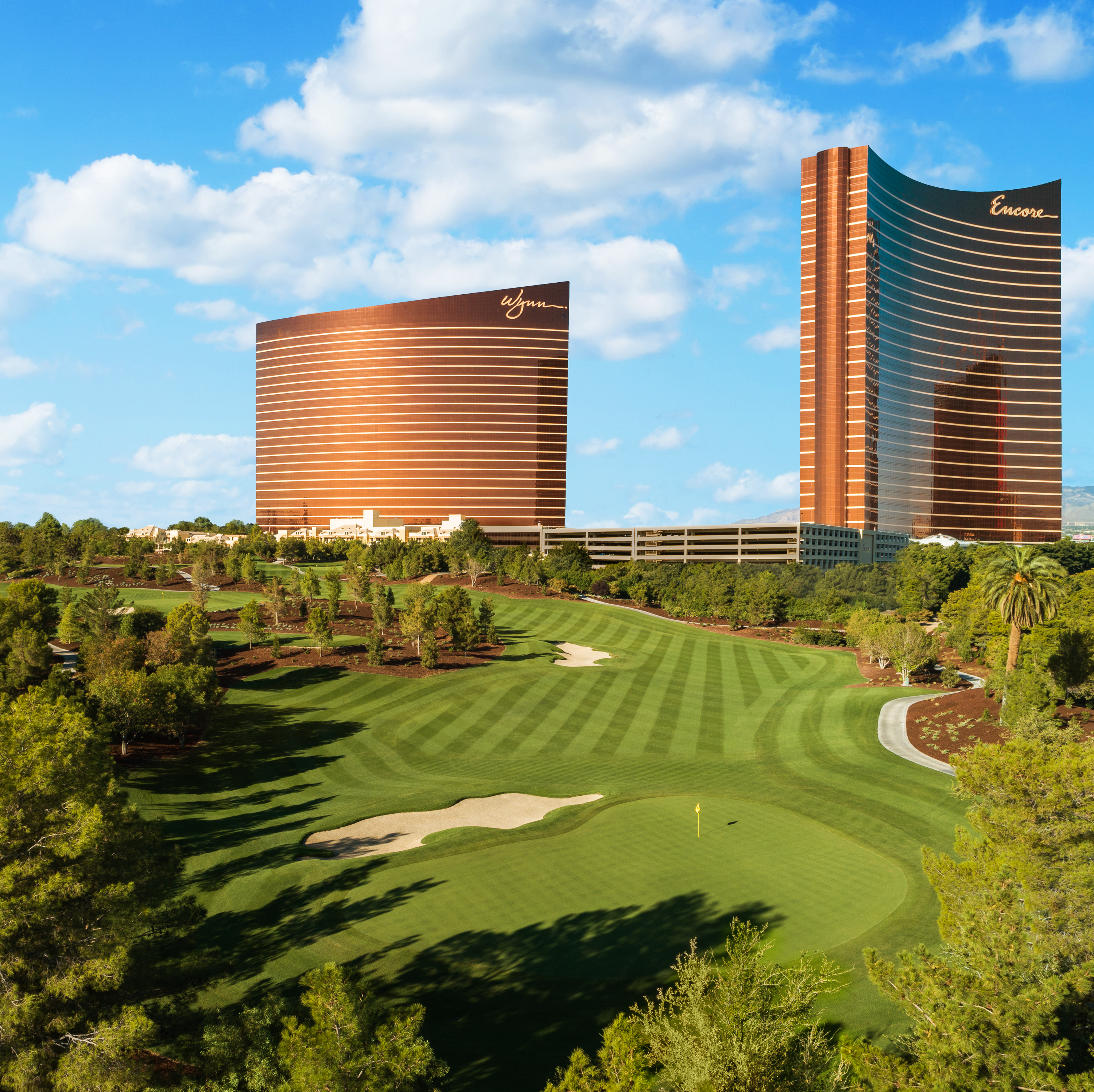 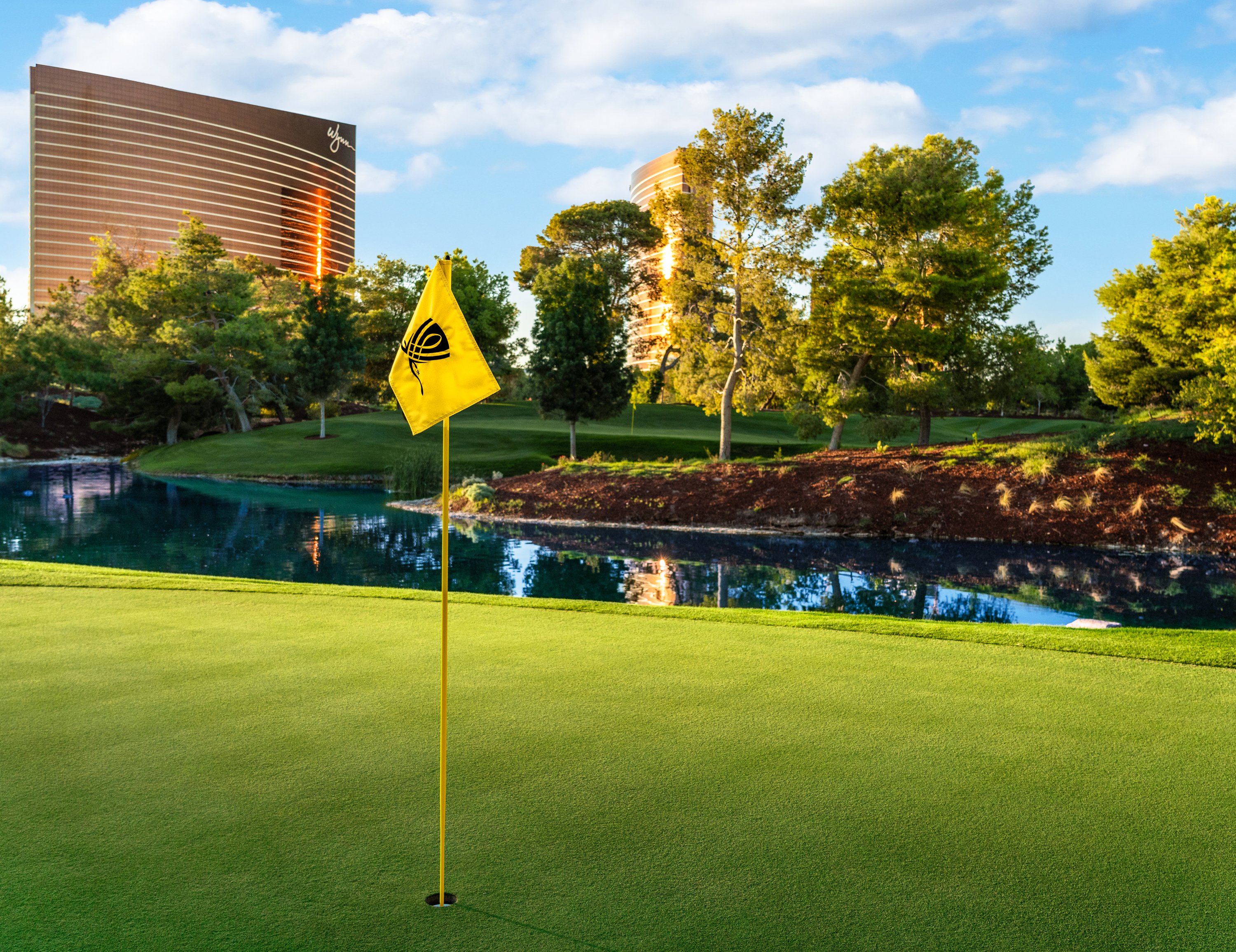 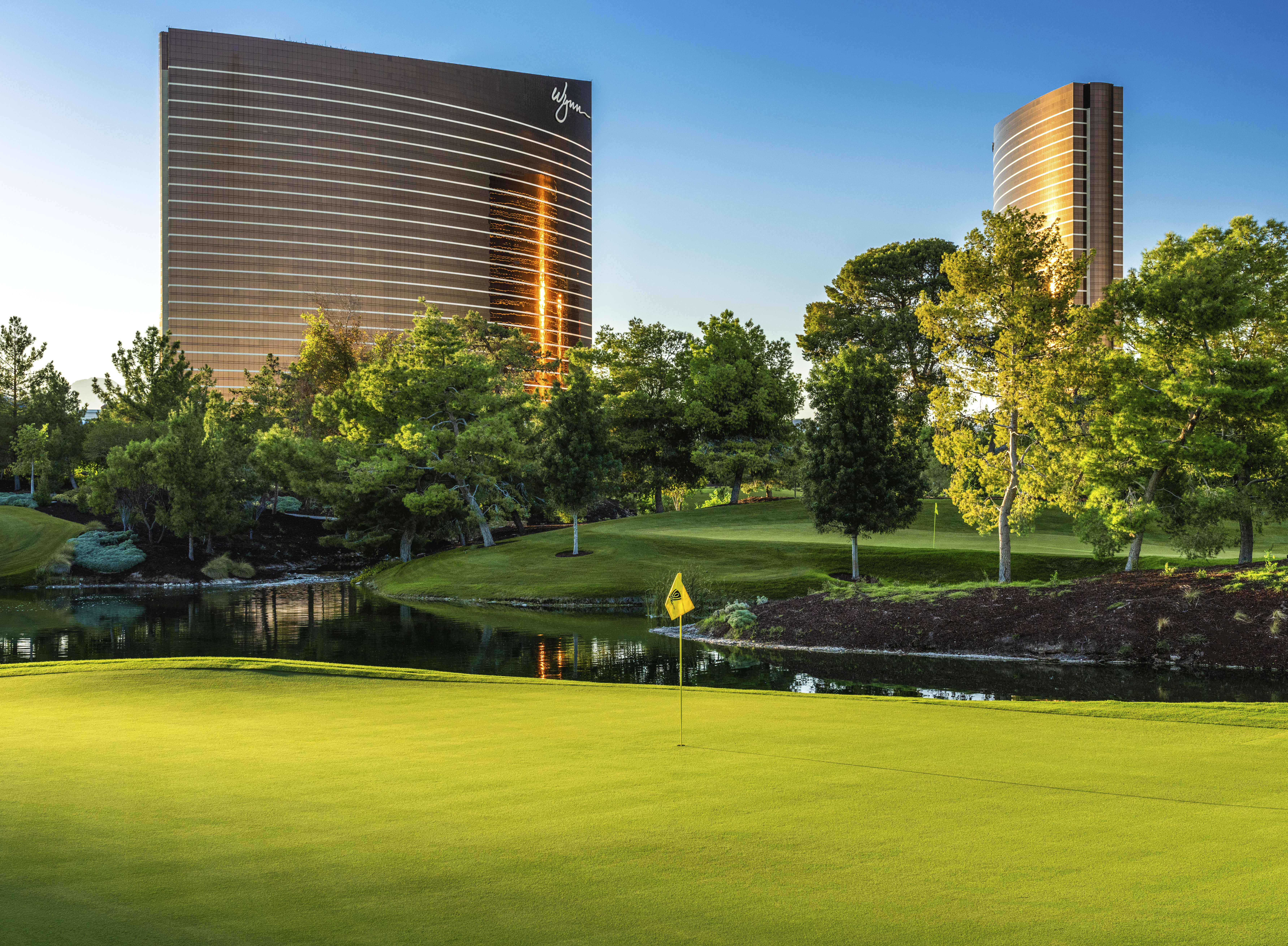 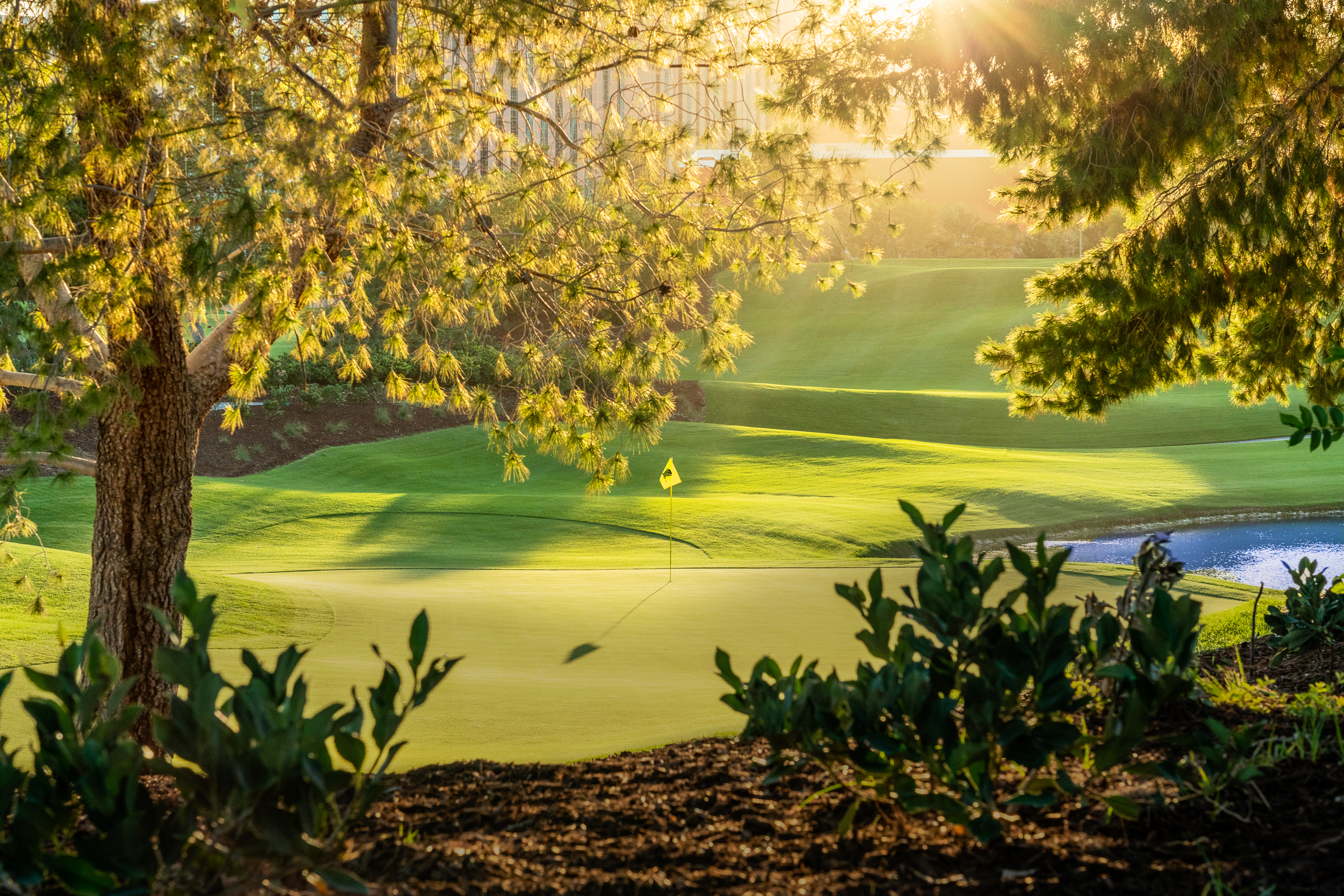 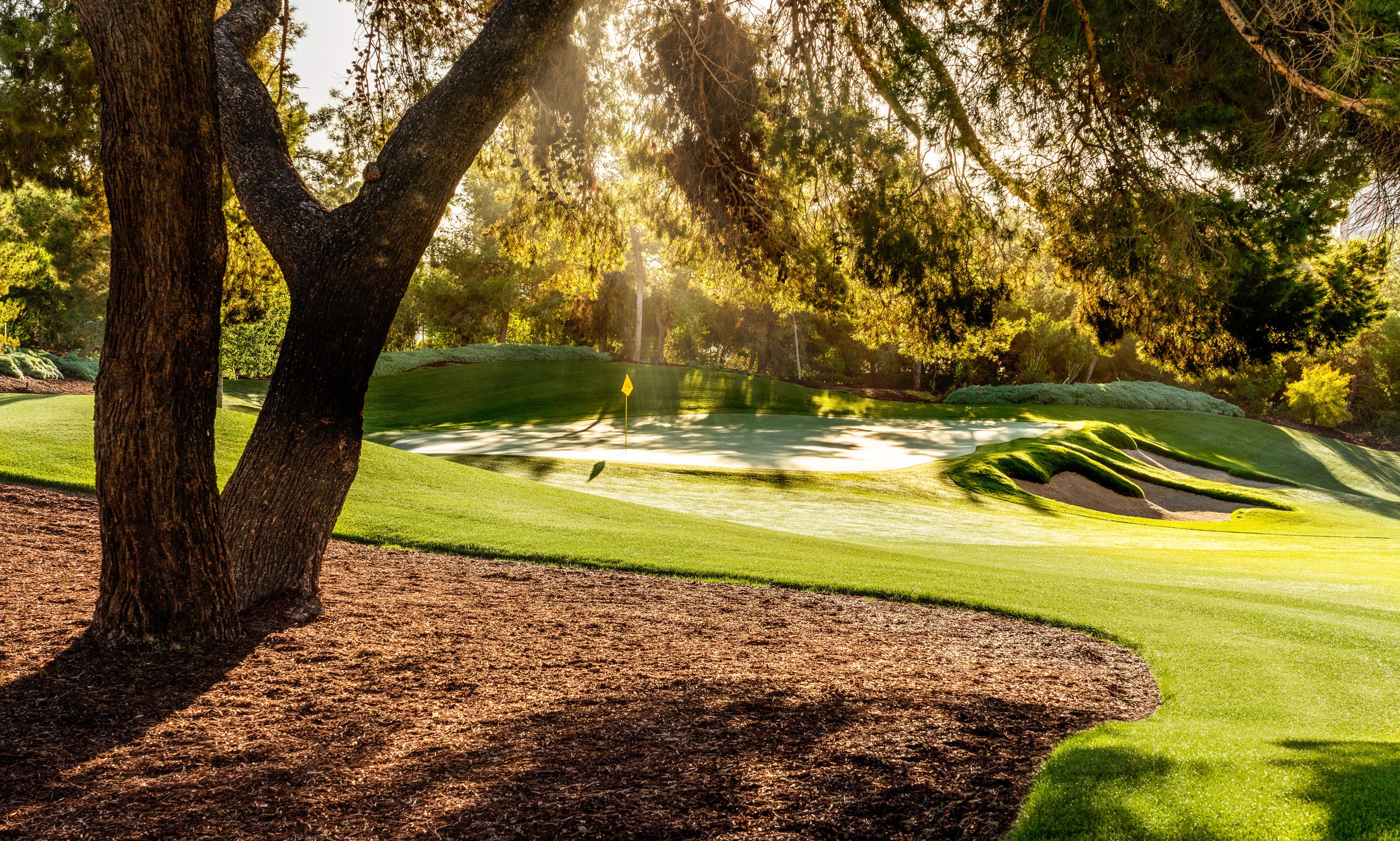 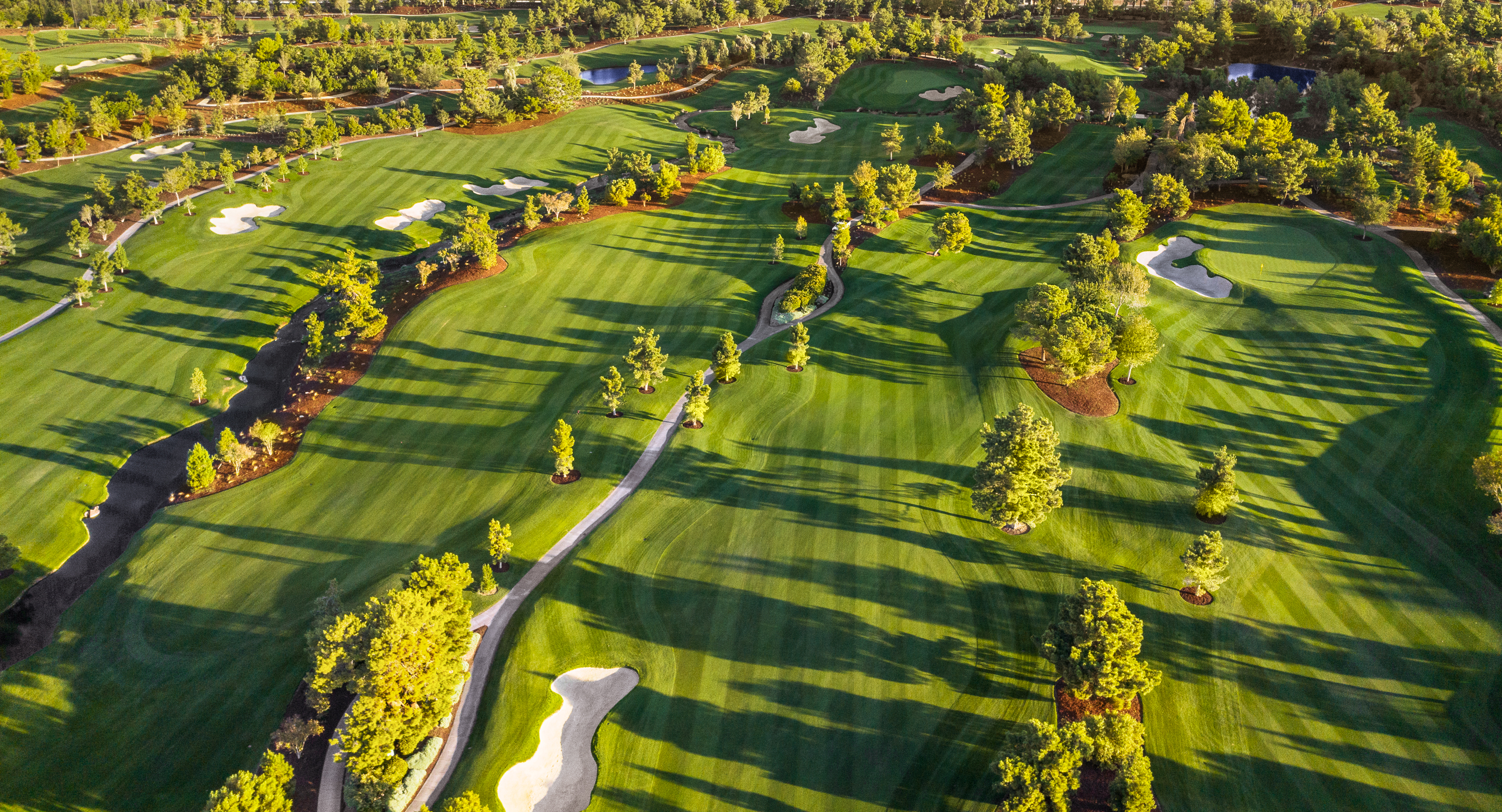 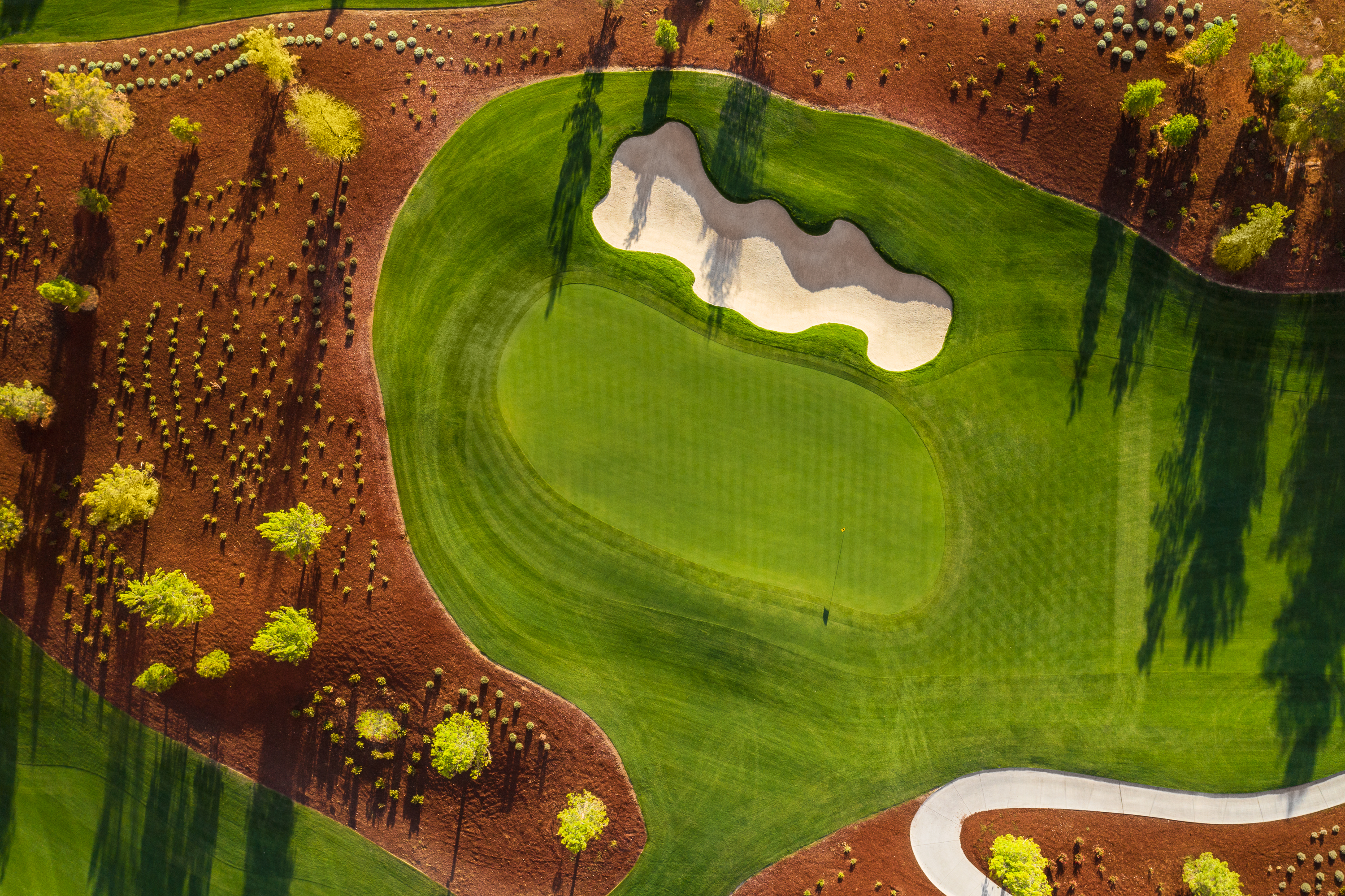 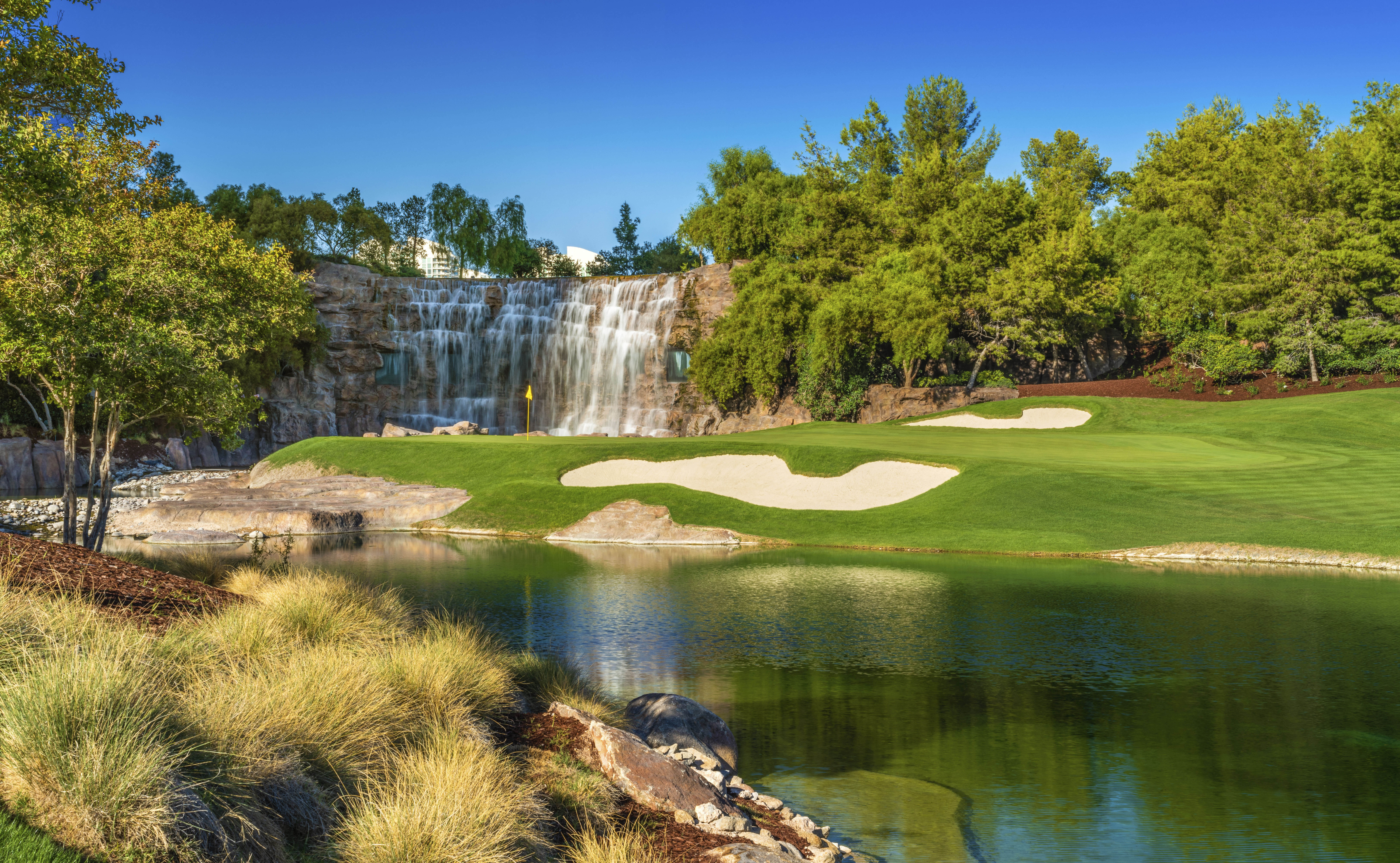 The most important dimension determining your feelings on the “new” Wynn Golf Club in Las Vegas boils down to this: what is your emphasis point? If your emphasis is top VIP service from the minute you arrive till the time you leave and with golf simply being a means to that end — then Wynn will be a clear win — no pun intended. 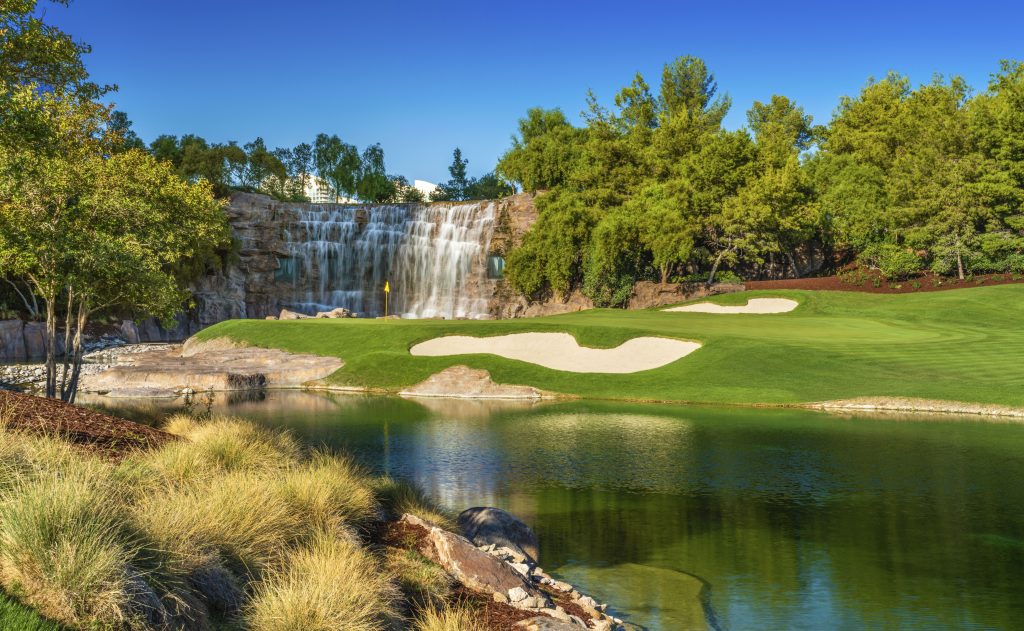 Conversely, if your focal point is the overall course itself — how the architecture is featured and how the overall holes blend with one another — then likely you will come away feeling underwhelmed. This is especially the case with those who have played the upper echelon of Tom Fazio courses over the years because Wynn GC is a merely a second tier facsimile.

The story of the property is tied to its origin as the Desert Inn which featured an 18-hole golf course and opened in 1952. That layout was mostly flat and relatively featureless yet hosted more than 35 professional tournaments with the PGA Tour’s Tournament of Champions played from 1953 to 1966. During that time a wide range of celebrities, sports stars, politicians and anyone else claiming VIP status walked the fairways. The Desert Inn was demolished in 2001 making way for the new Wynn Golf Club and the twin hotel towers named Wynn and Encore respectively. That “new” course opened in 2005. Interestingly, the 7,042-yard layout closed in December 2017. 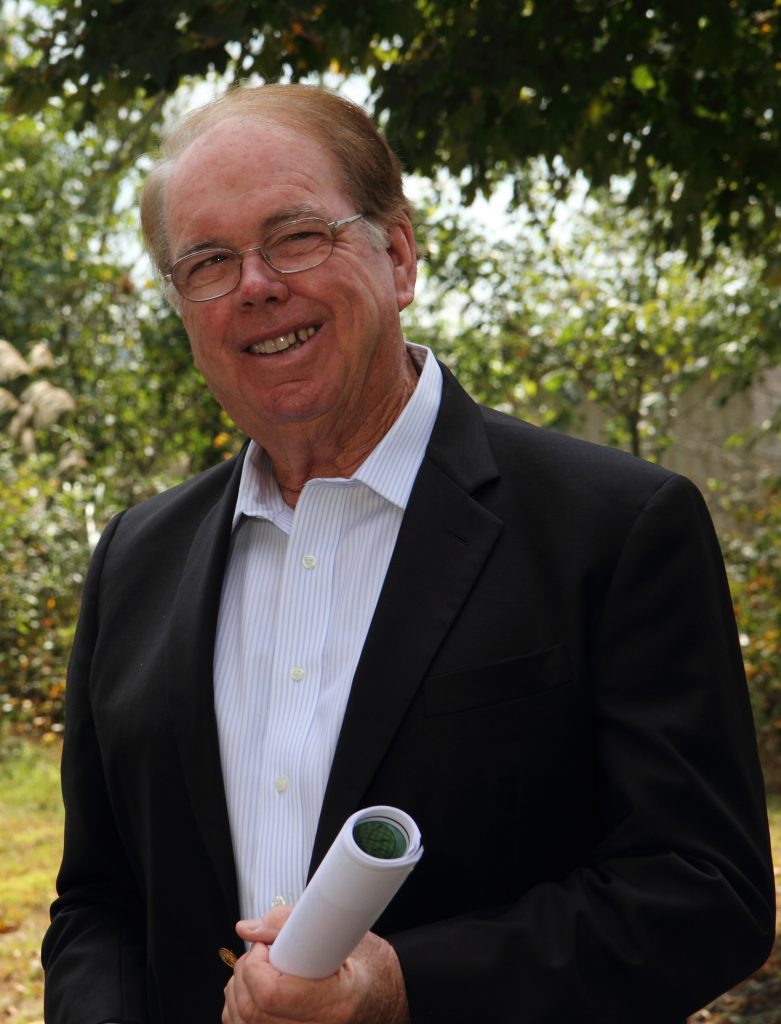 The current version opened October 11, and has been modified to a par-70 playing to a max of 6,722 yards. Both the 2nd version and now the existing layout  are the product of architect Tom Fazio. The newest rendition also includes the participation of Tom’s son Logan.

The present Wynn Golf Club sits on 129 acres with 100,000 shrubs and 7,000 trees providing a total seclusion from the nearby 24/7 beat at the heart of The Strip. Various tall buildings tower around the course, yet the overall landscape plan provides a clear separation from the hustle and bustle on one side of the boundary and the peace and solitude provided by the golf on the other.

The newest design features six par-3 holes, four par-5 holes and the remaining eight as par-4s. Eight holes are completely new, while 10 follow similar corridors. Every green has been reshaped and covered with a new strain of Dominator Bentgrass. Each nine has two par-5s, and three par-3s. There are also only 37 bunkers and four of the first five holes are new.

Wynn GC does have a warm-up area but if you’re expecting a regulation practice area think again. The land in and around that portion of The Strip is mega valuable and a full practice range would only have impacted the bottom line. The warm-up area is simply hitting balls into a rather large net area. Also, for those intent in memorializing their time by keeping score be aware Wynn GC will never be rated or sloped — therefore no score can “officially” be posted, as per guidelines set by the R&A and USGA. 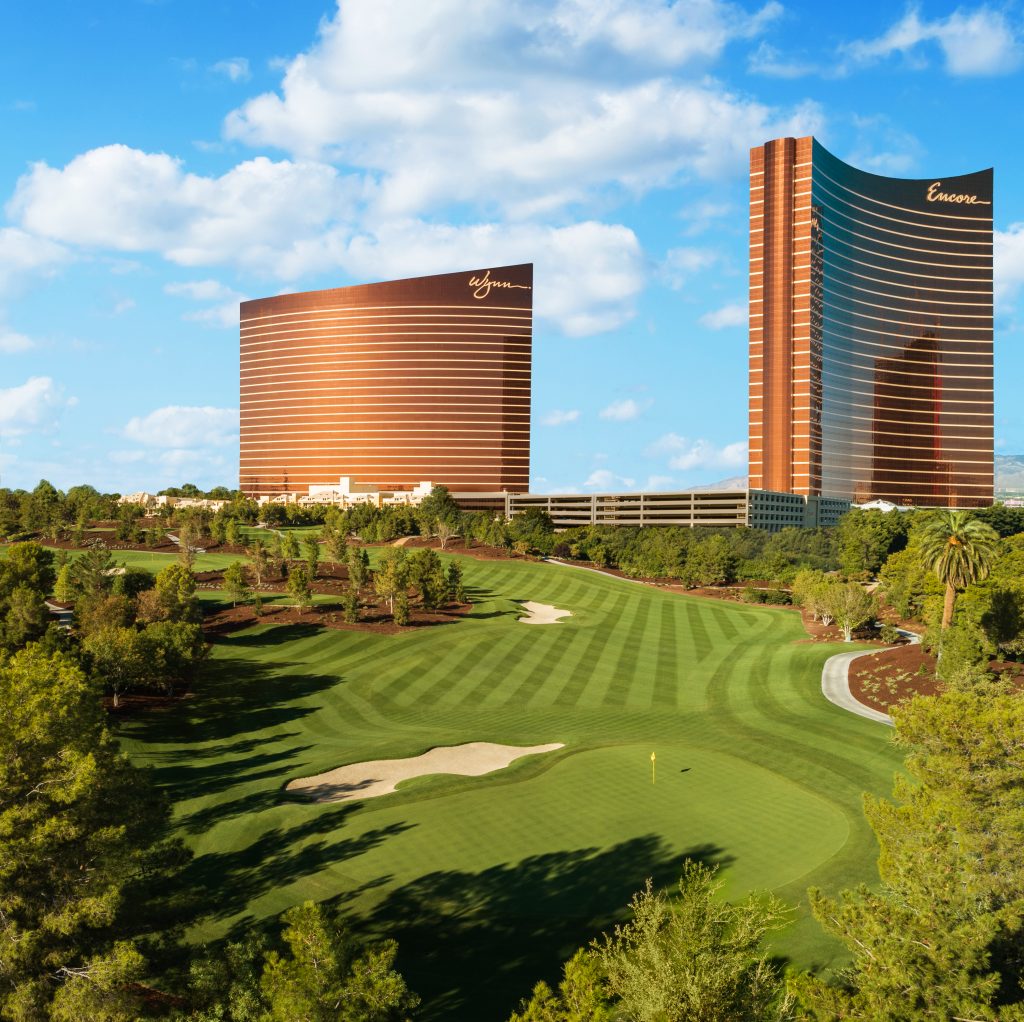 The idea in creating a thriving golf course originating from the barren desert floor is not a new concept for either Vegas or Fazio. That groundbreaking effort came in 1989 when both Fazio and casino magnate  Steve Wynn joined forces in creating Shadow Creek in nearby North Las Vegas. The reported $60 million course was transformative in linking at the highest level golf and Las Vegas and also serving as a  springboard for Tom Fazio in becoming the sport’s leading architect in the immediate years to follow. In the ensuing years the momentum in creating courses from previously viewed inconceivable locations reached its zenith during the 1990s when golf course construction flourished and available money pouring in at unconscious levels.

So just how good is the architecture?

There’s really a mixed bag. The opening hole at the previous version turned left — this one turns right and is a first rate opener at 430 yards. A mega-sized bunker fiercely guards the inside corner of the dog-leg and it takes herculean blow to carry it from the championship tees. The green is slightly elevated and the deep green provides for two distinct tiers — one for the front third area and the remainder near the back end. As a starting hole the golf juices certainly get pumped up.

Unfortunately, what follows is a series of holes where playability is foremost tied together via a polished “look” Fazio has perfected over the years. For those enthralled with the gift wrapping “look” one’s time at Wynn GC will be savored. For those wanting more depth in terms of compelling architecture there will be spot instances of that happening but far too often fleeting.

Fazio makes it a point to bring water into the equation with the par-3 holes — namely the short 5th and 7th holes. They are, as he is wont to create, beautifully framed, however, from a shot value perspective not that different.

The par-4 4th at 420 yards is very good — with the back tee actually positioned on the teeing ground found later at the par-3 12th.

The outward side concludes with two quality holes with the par-5 8th and long par-4 9th. At the former you aim for the Wells Fargo building in the far distance. The green presents a quality challenge — slightly elevated with a spine that runs through it and the green moving on a diagonal from lower left to top right. The 9th has a slight turn to the right and the architecture is clean and not overly done.

The inward half is the better of the two sides. The hole differentiation is clearly present starting with the long par-3 10th which has an interesting “shoulder” feature on the left side by the green. The long par-5 11th turns left in the drive zone with two fairway bunkers rigorously guarding that side and needing to be given proper heed. There is a also a creek which runs down the left side and opposite the green. The hole concludes with a testing green sloped nicely from right-to-left.

Unfortunately, the par-3 12th simply regurgitates the same water inclusion seen earlier at two of the other par-3 holes. The saving grace is that the shaping of the 12th green and surrounding area adds a good bit to the challenge for those misfiring on the approach.

At the 13th you encounter another par-5 which includes a creek involvement but there’s nothing especially cutting edge that truly differentiates itself. 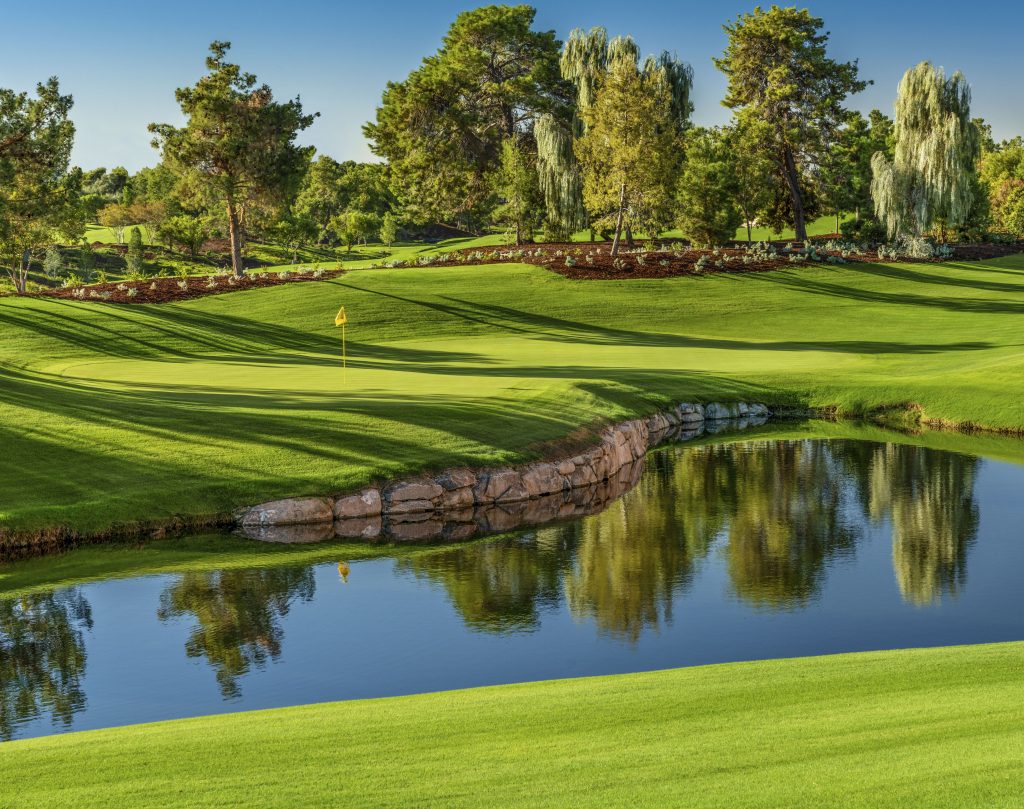 Fortunately, the par-4 14th stands apart. The hole turns left in the drive zone with a fairway bunker on the right side. The key element comes with two large trees on the left side– one 60 yards from the green — the other just 10 yards away. Any tee shot heading down the left side will need to account for these trees. If you head right the fairway bunker quickly asserts itself. The putting green is wonderfully banked from right-to-left. When the pin is cut to the far left side the aforementioned frontal tree plays a pivotal role. The singular attribute of the 14th is the consummate connection between razor sharp execution with shotmaking mastery front and center.

The final four holes are a bit of a disappointment. The 15th at 360 yards is a simply formulaic. The long par-4 16th is the best of the quartet — requiring a well-played tee shot and superior approach. The par-4 17th is a beautiful looking hole — from the tee you see the turning point to the right. The green is nicely protected by a pond and there is rear tier area at the putting surface that runs near to the water.

That brings the discussion to the final hole — a par-3 that can max out to 249 yards. Yes, there will be those lauding the 35-foot, 100-foot-wide waterfall behind the 18th green. Unfortunately, the inclusion of a massive waterfall is simply a ratification of Vegas hubris. Embracing larger-than-life promotion of Vegas excess is akin to the smug Hollywood belief that movies showcasing a proliferation of bombs exploding, cars chasing one another and punches thrown constitutes movie making prowess. Clearly, it does not.

The Fazio involvement for the “2nd Wynn” layout simply does not really add anything of a groundbreaking sort. With just a few exceptions — the holes are primarily functional in nature rarely stroking the golf emotions to a fever pitch of excitement.

For many playing the course the focus will be on the impeccable nature of the turf, and, as mentioned at the outset, the unrelenting customer service. No question a number of people playing will relish the pampering and want to be able to say they played the only course located on The Strip. 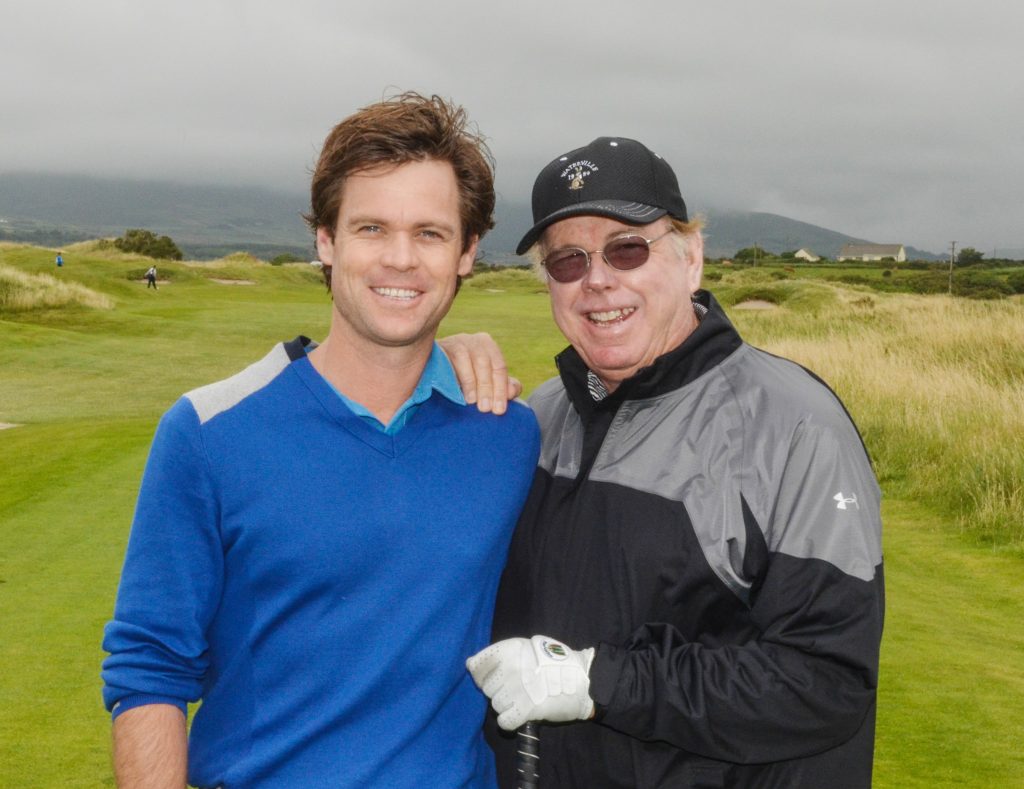 However, for architectural bloodhounds the scent will evaporate because the core course details are simply watered-downed like many drinks served in the casinos. Interestingly, Tom and his son Logan have been able to demonstrate serious results where core architecture is on an equal plane with all the side issues. Just examine their work at Santapazienza in Brazil, for those lucky souls who will ever see it, which I can attest to personally after visiting there earlier this year.

One generally has to suspend reality when coming to Vegas. For many coming to Sin City that’s the allure. Wynn Golf Club is another amenity arrow in the quiver highlighting the “experience” dimension which will likely be more than sufficient for many. No question, there are plenty of people who when ordering food believe the “presentation” is on equal footing with how the meal actually tastes.

Peak season greens fee of $550 — with $300-$375 in the summer off-season — will likely be a major factor in who is attracted. At Wynn, one will not be required to stay at an affiliated property as those playing nearby Shadow Creek must do with minimum one stay at a MGM hotel property along with the $600 greens fee.

Ultimately, the deciding factor rests on personal preferences. Those seeking a larger than life Vegas “experience” will likely revel in what’s provided. Those more golf centric will wonder what all the hype is about. Wynn GC represents the ever evolving face of Vegas — always going beyond the ordinary and making 100% sure never to be linked with the word predictable.

It all depends on the bet you’re looking to make. One’s person reward is another’s risk. 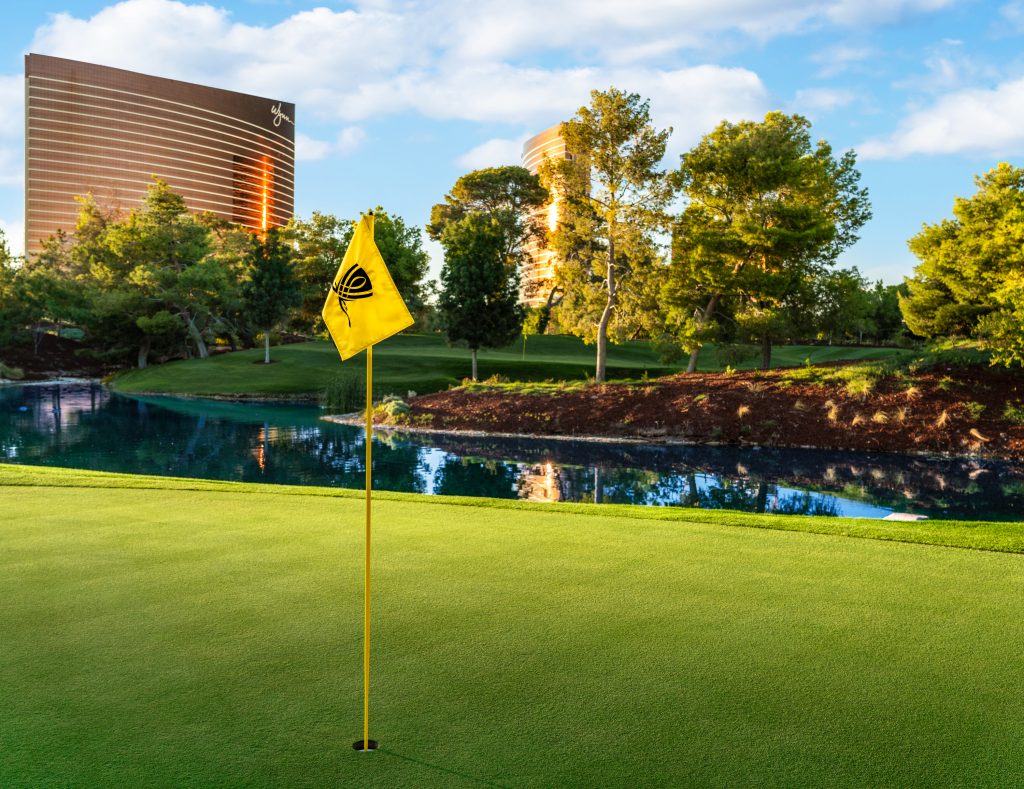