WEST NEWTON, Massachusetts – Two past United States Golf Association champions who appeared together in the 2019 U.S. Open are the final players still standing in the 113th Massachusetts Amateur Championship.

Brockton native Matt Parziale, 34, (Thorny Lea Golf Club), who won the Mass Amateur and U.S. Mid-Amateur in 2017, is making his third appearance in the final match of the state amateur. His opponent is Wellesley’s Michael Thorbjornsen, 19, (Wellesley Country Club), the 2018 U.S. Junior Amateur champion, who just completed his first year at Stanford University. 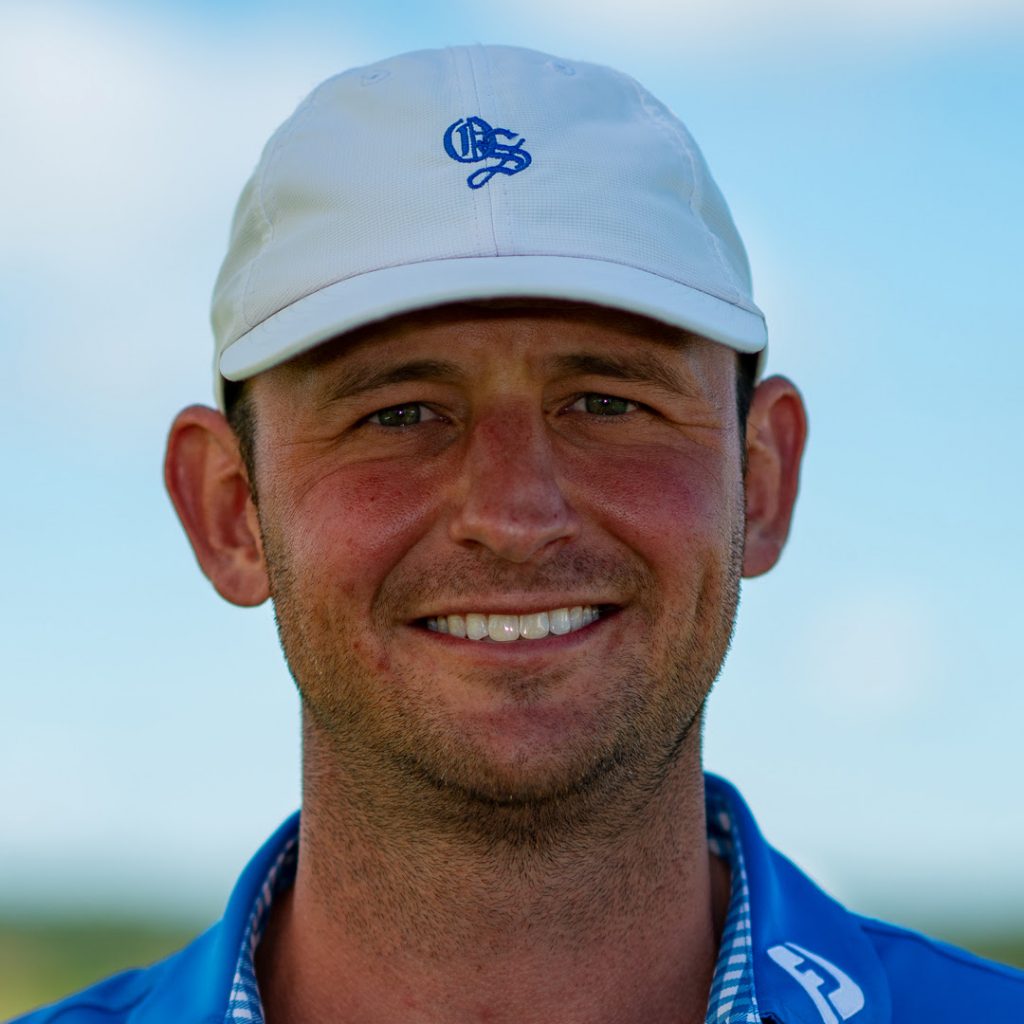 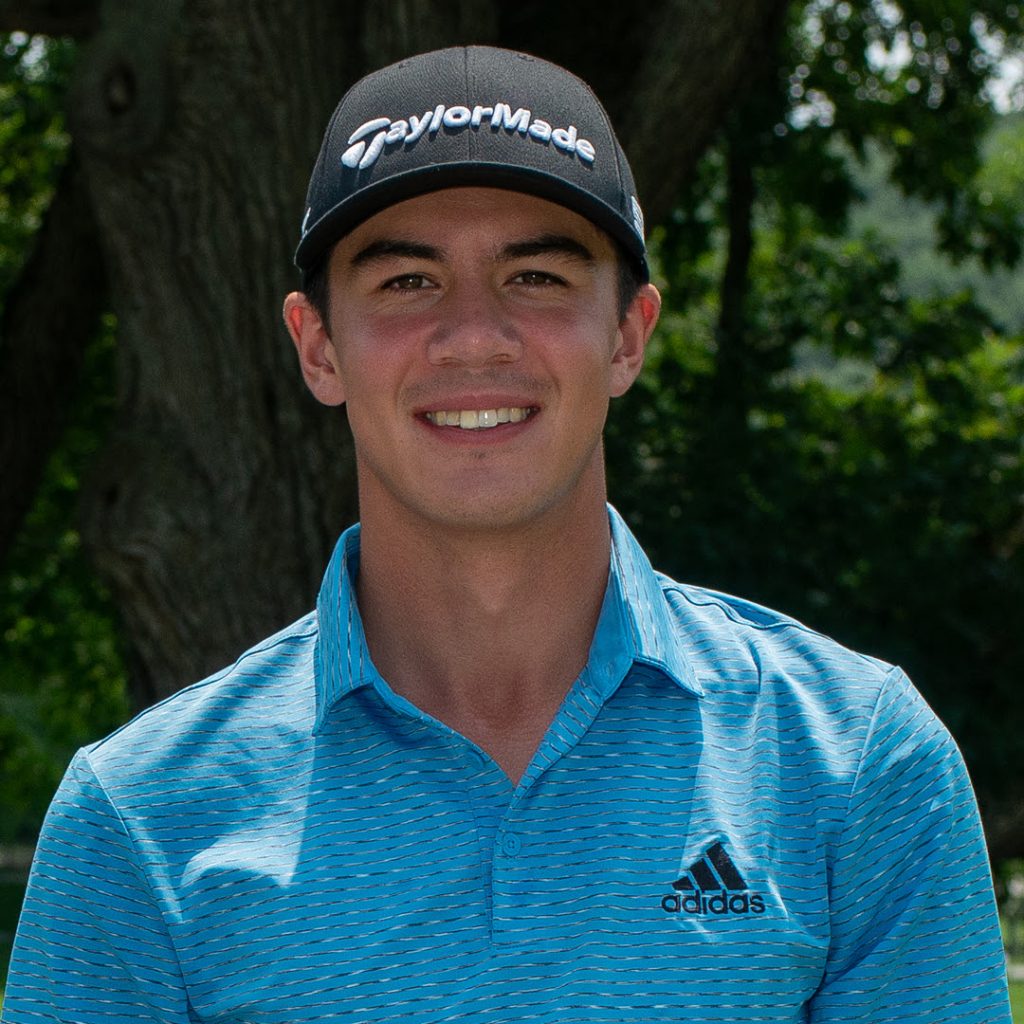 Matt Parziale wasn’t shaken after making bogey and losing the first hole of his semifinal match. He knew the next one would be a good chance to make it up. For the fourth consecutive match, Parziale made birdie on the par-4 2nd (362-yards) and after winning the next hole held the lead the rest of the way.

“I’ve had good numbers for a wedge,” Parziale. “That’s a green you don’t really want to spin it on, and I’ve had numbers where I haven’t had to spin it.”

Bornhorst had a chance to swing the match after he made birdie and won the 9th hole (par-4, 310-yards), cutting the lead to 1-up at the turn. But Parziale grabbed the momentum back when he hit a 9-iron from the rough that hit the flagstick and set up a 2-putt opportunity for birdie, which he converted. Bornhorst, meanwhile, ended up making par and falling to 2-down.

“I thought it was going to jump a little bit, it was moving pretty good when I hit the pin, so I was fortunate I hit the stick, and made a good putt,” Parziale said.

“That was kind of a turning point for him to go 2-up, instead of squaring it back up,” Bornhorst said.

Michael Thorbjornsen and Chris Francoeur started the week as playing partners, but the Division I golfers finally got to compete head-to-head in the semifinals. Both golfers came out firing with birdies on the par-4 1st hole (335-yards) and they remained tied through five holes. Thorbjornsen was able to mount a 2-up lead at the turn but saw that slip to 1-up after Francoeur made eagle on the 11th hole (par-4, 466-yards).

At 3:36 p.m. play was suspended while the players were on the 14th hole due to lightning and dangerous weather conditions. Following the resumption of play, Thorbjornsen chipped off the back end of the green and put himself close for a birdie, which he made, to regain a 2-up lead. As he’s done all week, Thorbjornsen was solid off the tee and was able to hit two more to set up birdies on the 15th and 16th put the match away.

“I’d say driver has been the best club in the bag so far this week,” Thorbjornsen said. “There were some misses, but a yard or two off the fairways, it’s still in the rough so it makes it tough to attack pins and get it close.”

In a contest between the only two past champions remaining, Matt Parziale (2017 winner) advanced to the semifinals for the second consecutive year. Ben Spitz (2006 winner) shot 4-under on the back nine and tied the match with a 22-foot eagle putt on the 13th. Parziale broke the tie for good on the par-4, 15th (295 yards) when he drove the green with a 3-wood and two-putted for par.

He closed it out on the par-3, 17th (255-yards) by hitting his tee shot to 18 feet and hitting his second putt to about a foot. Spitz found the left rough and was unable to save par and extend the match.

“It’s a pleasure playing with Ben,” Parziale said. “I’ve known him for 15 years now, and he’s the best — his golf game and in person — so we had a good time together.”

Bornhorst, the former Babson standout, won it on the 17th after landing his tee shot on the left apron, while Lifson found the rough, and was unable to make a 7-footer downhill par putt. Bornhorst then two-putted his way to victory.

Michael Thorbjornsen won 8 of the 16 holes played to earn a spot in the semifinals for the first time. Only three holes between the pair were tied, but Thorbjornsen won holes 8-11, including a birdie on the par-4 9th (310-yards), to take a 4-up lead. After Michael Amari cut it to 2-up through 15, Thorbjornsen crushed his drive down the middle, leaving himself an easy wedge in, and he made the birdie putt to end it.

Chris Francoeur got himself back in the semifinals for the second consecutive year, thanks in part to some clutch shots on the back nine. On the par-4 11th (466-yards), he saved par despite hitting a shot that was mere inches from out of bounds. On the next hole, he made a 15-foot sliding putt for birdie and never trailed after that. Francoeur took a 1-up lead to the 18th, but both he and Weston Jones found the right rough, with Jones coming up short of the green. He then conceded the match after Francoeur putted to about 3 feet, and Jones missed his par putt.

Here are some other tidbits from Day 4 at the 113th Massachusetts Amateur Championship.