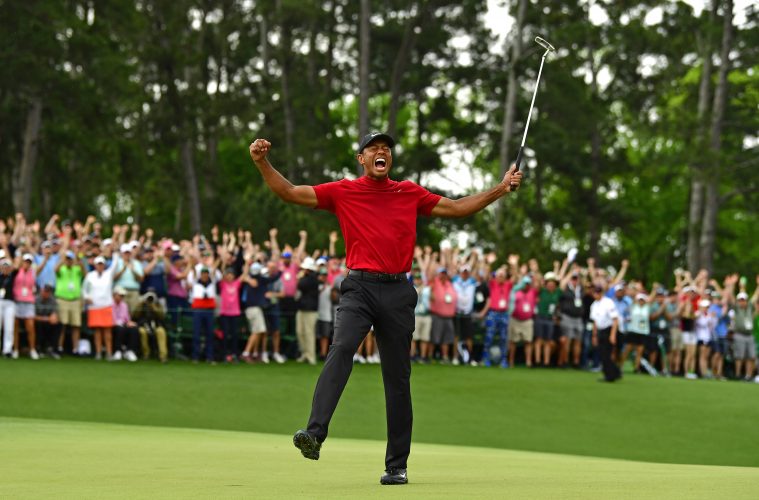 When Rolex Testimonee Tiger Woods tees off in the first round of the 84th Masters Tournament at Augusta National Golf Club on Thursday 12 November, he will reprise a role well-known to him throughout his career, that of defending champion.

One of the most dominant forces ever to have graced the famed greens of Augusta National, Woods enjoyed a memorable renaissance at last year’s Tournament. On a thrilling final day of play, the American captured his fifth Green Jacket, evoking memories of that remarkable day back in 1997 when Woods won his first title and inspired a generation by becoming the youngest Masters champion in history at just 21 years old.

Now set to compete at the Masters for a 23rd time, Woods has an unrivalled knowledge of this iconic course and has the opportunity to capture yet another record at Augusta National, as he seeks to match the unprecedented six Green Jackets of fellow Rolex Testimonee Jack Nicklaus. It is fitting then that Nicklaus should be returning to the Club once again this year to take up the mantle as Honorary Starter, joined by his great friend, on-course rival and Rolex Testimonee Gary Player, a three-time Masters champion.

2020 also marks the 60th anniversary of Rolex Testimonee Arnold Palmer winning the second of his four Masters titles (1958, 1960, 1962, 1964), where he birdied the final two holes to win by one stroke. Palmer enjoyed unrivalled success at the Masters over a seven-year period, becoming the first four-time winner in 1964 at just 34 years old.

Every year, the Masters welcomes an elite field of competitors, including today’s leading professionals, past champions and promising amateurs. The Masters Tournament, with which Rolex is an International Partner, is renowned for its celebrated history, uncompromising high standards and respect for tradition that mirror Rolex’s own perpetual commitment to excellence.

For more than five decades, Rolex has been at the forefront of golf, maintaining a special connection with the sport’s majors, its greatest champions and the organizations that administer the game around the world. This enduring relationship began in 1967 when Palmer, joined by Nicklaus and Player – known together as ‘The Big Three’ – became the brand’s first golfing Testimonees, while it was in 1999 that Rolex’s relationship with the Masters was established and continues to this day.

A U.S. CHAMPION
One Rolex Testimonee brimming with confidence and eager to showcase his talents at this year’s Tournament is the in-form Bryson DeChambeau, who recently claimed his first major when he lifted the U.S. Open trophy in September. Well-known for his scientific approach to the sport, the Californian exemplifies the next generation of golfing talent willing to push the boundaries of what is deemed possible, while leaving his own indelible mark on the final major of 2020.

In winning at Winged Foot, DeChambeau became just the third man in the sport’s history – following in the footsteps of Nicklaus and Woods – to have claimed the National Collegiate Athletic Association (NCAA) individual title, U.S. Amateur Championship and U.S. Open in his career. This golfing pedigree will be on display once again, as the 27-year-old seeks back-to-back majors, at a course that perfectly suits his game.

ROLEX NEW GUARD
While legends of the sport are remembered and celebrated at the Masters, Rolex and Augusta National also champion new talent, and joining DeChambeau at Augusta National is one of the sport’s most exciting young players and member of the Rolex New Guard, Matthew Wolff. This group of young, ambitious golfers are striding onto the world stage, playing with integrity, supreme skill and exacting precision, and Wolff perfectly embodies this spirit, having put on a thrilling display to finish second at his first playing of the U.S. Open this year. Now, at just 21 years of age, the American has the chance to elevate his game to the next level and claim the maiden Green Jacket of his career.

The Rolex New Guard represents the future of the sport, having assumed the mantle from previous members who are now firmly established among the game’s most outstanding performers. This latter group includes four-time major winner Brooks Koepka who tied for runner-up at last year’s Masters, and a duo currently placed in the Official World Golf Ranking top 10, namely: major champion Justin Thomas; and Spaniard Jon Rahm, who has finished in the top 10 at the previous two Masters.