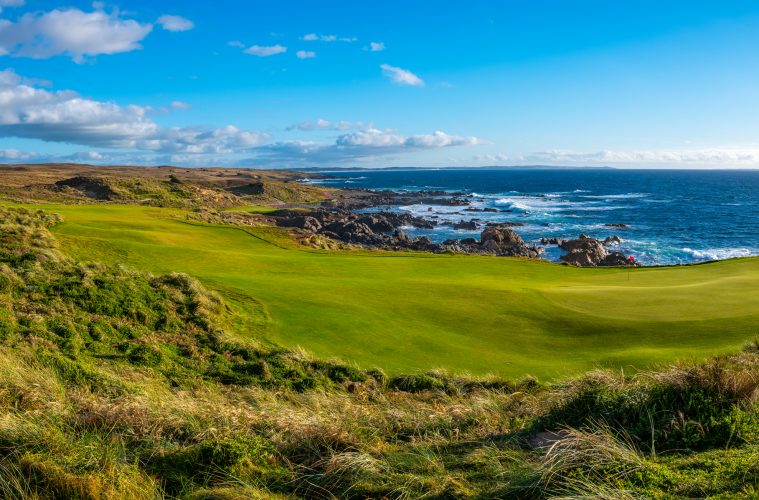 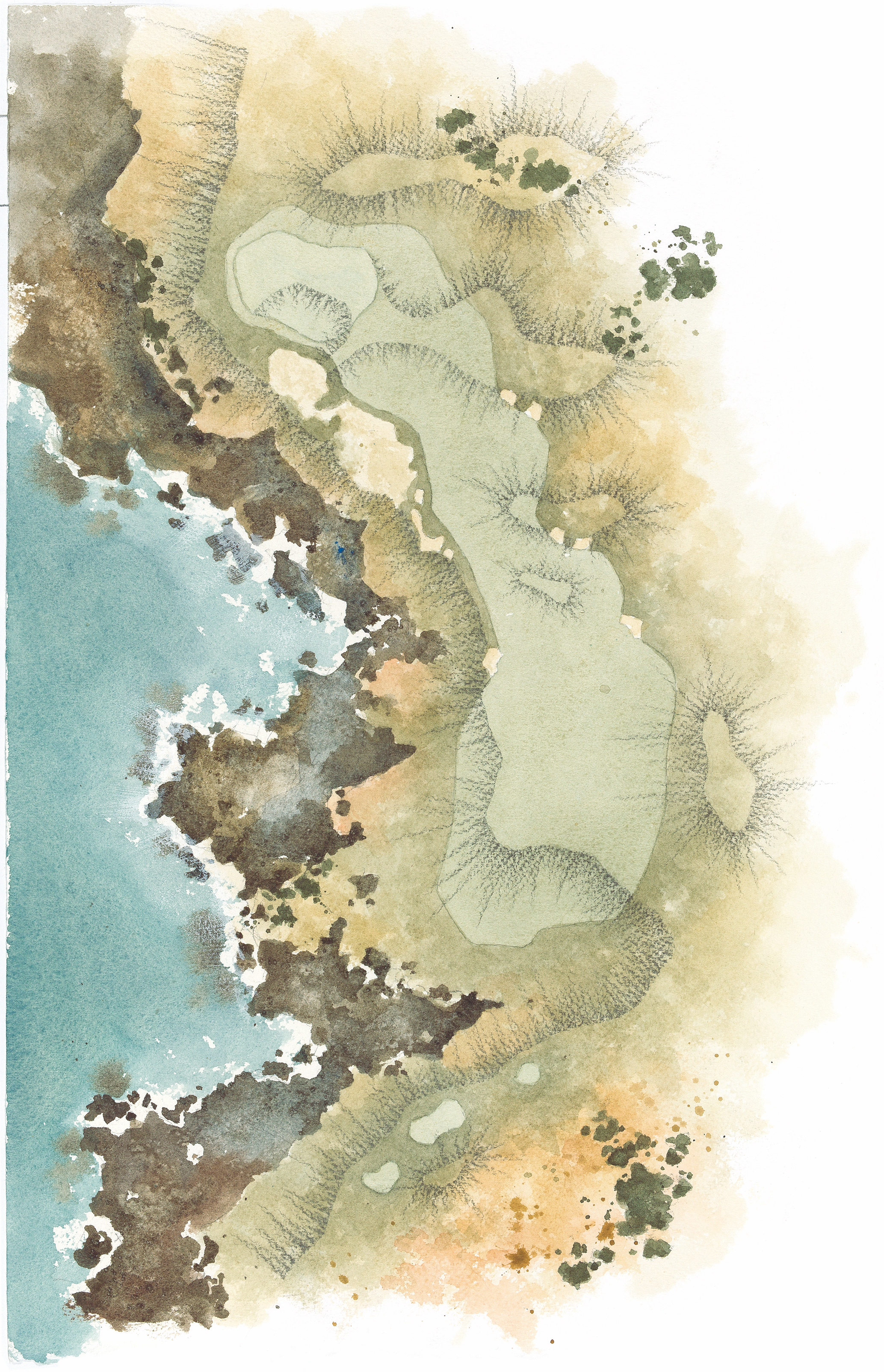 Among cognoscenti the name Mike DeVries is well known in golf architecture circles. Having started his solo golf design in Michigan, DeVries has established himself as one of the up and coming forces in creating golf courses celebrating classical designed elements. Among his most noted USA courses are the highly acclaimed private Kingsley Club near Traverse City, MI and the public Greywalls in Marquette, MI.

Finished in late 2015, Cape Wickham has bolted to the top of the attention list for world travelers seeking an authentic links course in a remote part of the world. DeVries, in tandem with Aussie golf writer Darius Oliver, has clearly made a bold statement that his course design profile is indeed rapidly accelerating. Located on King island, situated between the mainland area of Australia and Tasmania, the small island is most known for its omnipresent lighthouse — the tallest structure of its kind in the southern hemisphere and the largest one located on a golf course. 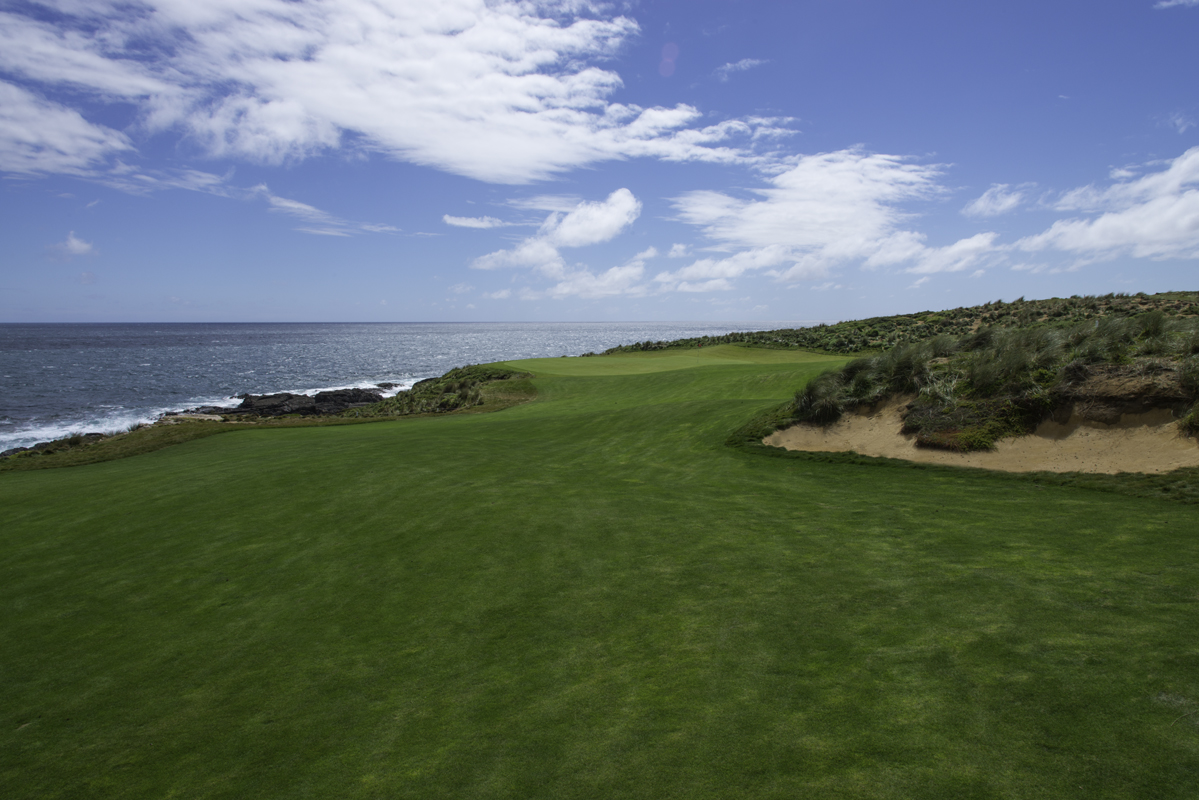 The approach area looking into the 12th green

The beguiling nature of the property is enhanced by the intersection of land and water. Eight parallel holes run along Bass Strait, with two greens on the coastline and three with tees next to the ocean.

One of the great tests for any architect is being able to provide sufficient challenge for all levels of play. 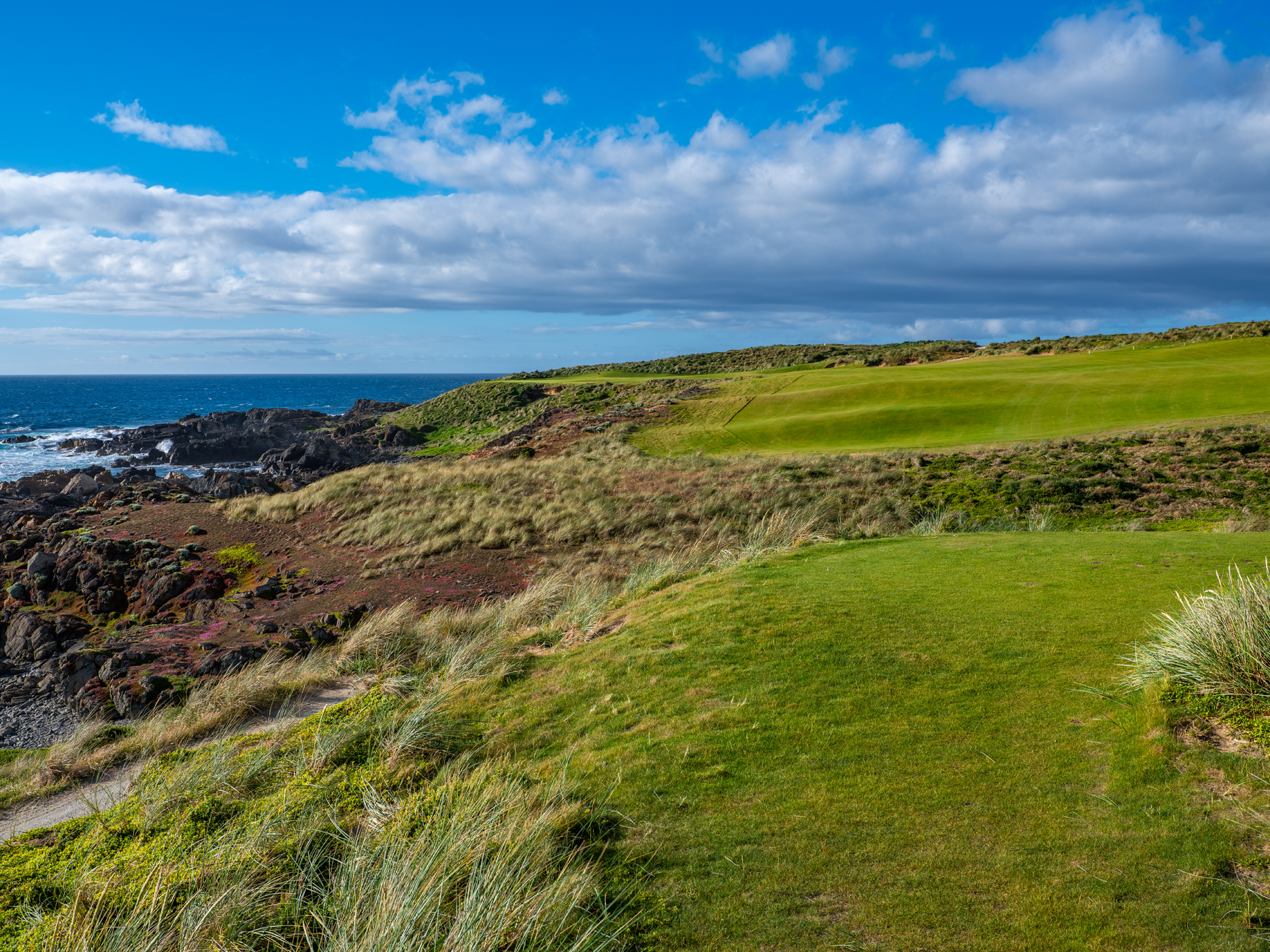 Driving from the tee invites the bold play

The 12th hole plays just 322 yards but the range of options from a strategic standpoint will certainly provoke plenty of decisions to be decided upon before executing. As you arrive at tee the arresting beauty can be quite distracting. The hole commences along the cliffs with the water pounding the surf below. Wind patterns can both shift and be at times quite impactful. The 12th turns slightly left with the green in the distance tugging the cliffs in the same manner as a youngster holding onto his mother’s skirt on the first day of school. “The hollowed out, windblown sandstone cave under the green was there and just too cool not to incorporate,” said DeVries.

Three bunkers guard the outside perimeter area of the hole and serve as a guide for those wishing to play a safe tee shot. There’s also ample room in the fairway for those opting for the conservative play.  What is most appealing is the splendid connection between aerial and ground games not only at the 12th but throughout one’s time at Cape Wickham. The closely cropped fescue turf allows for a myriad of situations and options for the player to contemplate. 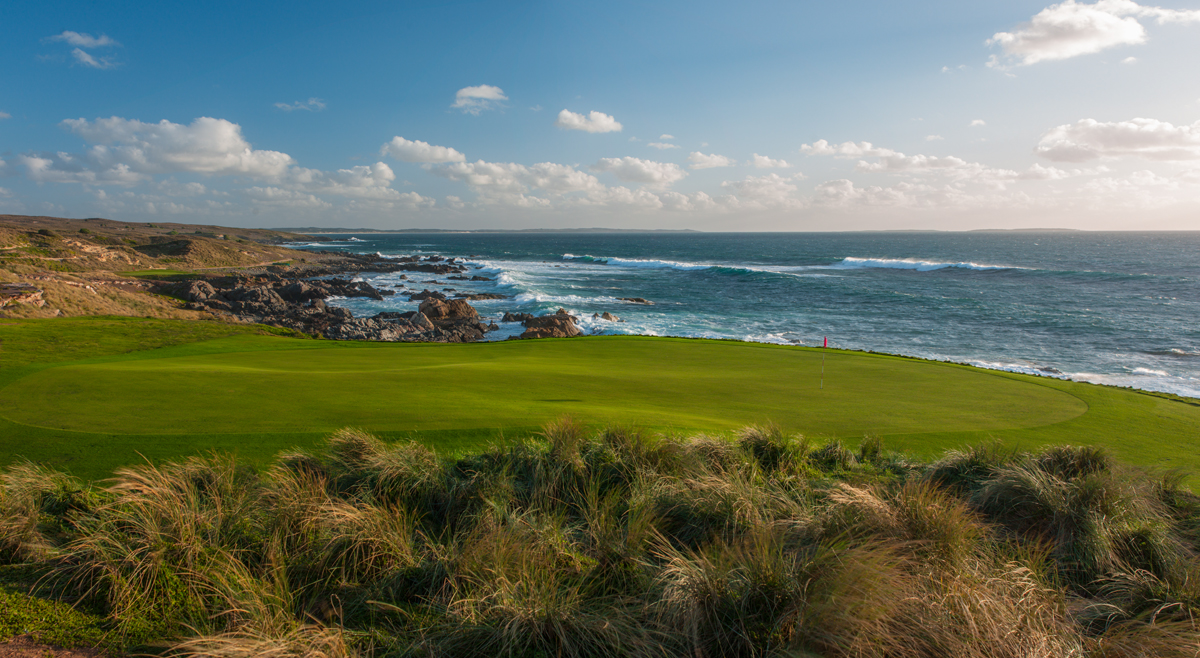 The putting surface at the 12th is superbly contoured

The putting surface is almost 8,000 square feet. There are two levels, with the front bowl making the back and far left pins more challenging. “A short cut grassy hollow at the back right keeps players honest and makes the recovery shots interesting from there,” said DeVries. Although there are no direct hole comparisons it is a bit like the 9th at Cypress Point, the famed Alister MacKenzie course in California, but as DeVries notes, “the 12th green is not as severely tiered and has more than the 9th at Cypress Point.” Being able to have a quality short game is a must as the green has fall-off areas and those without the surest of intentions will certainly be tested.

Taking the risk in attempting to drive the big tee shot have to marry sufficient distance and the wherewithal to turn the ball from right-to-left. The slope of the land will feed the ball when properly played.

Cape Wickham is one of those bucket list locations that requires a significant effort to reach but the end product more than rewards those doing so. The opening of Cape Wickham has clearly cemented Mike DeVries as one of the most talented course creators globally and those who have not sampled any of his designs had best get started. The pleasure will most certainly be yours.